Most members of the Borage family have their flowers arranged in coiled (scorpiod) cymes.  They bloom from the base upwards, gradually unfurling like a scorpion’s tail or caterpillar, as new flowers emerge.

A small, erect plant, sometimes branched from its base.  Flowers are pure white with a yellow center.  Leaves are 15–45 mm long, elliptic to oblanceolate and deeply lobed or compound. Can be found in profusion after fires. 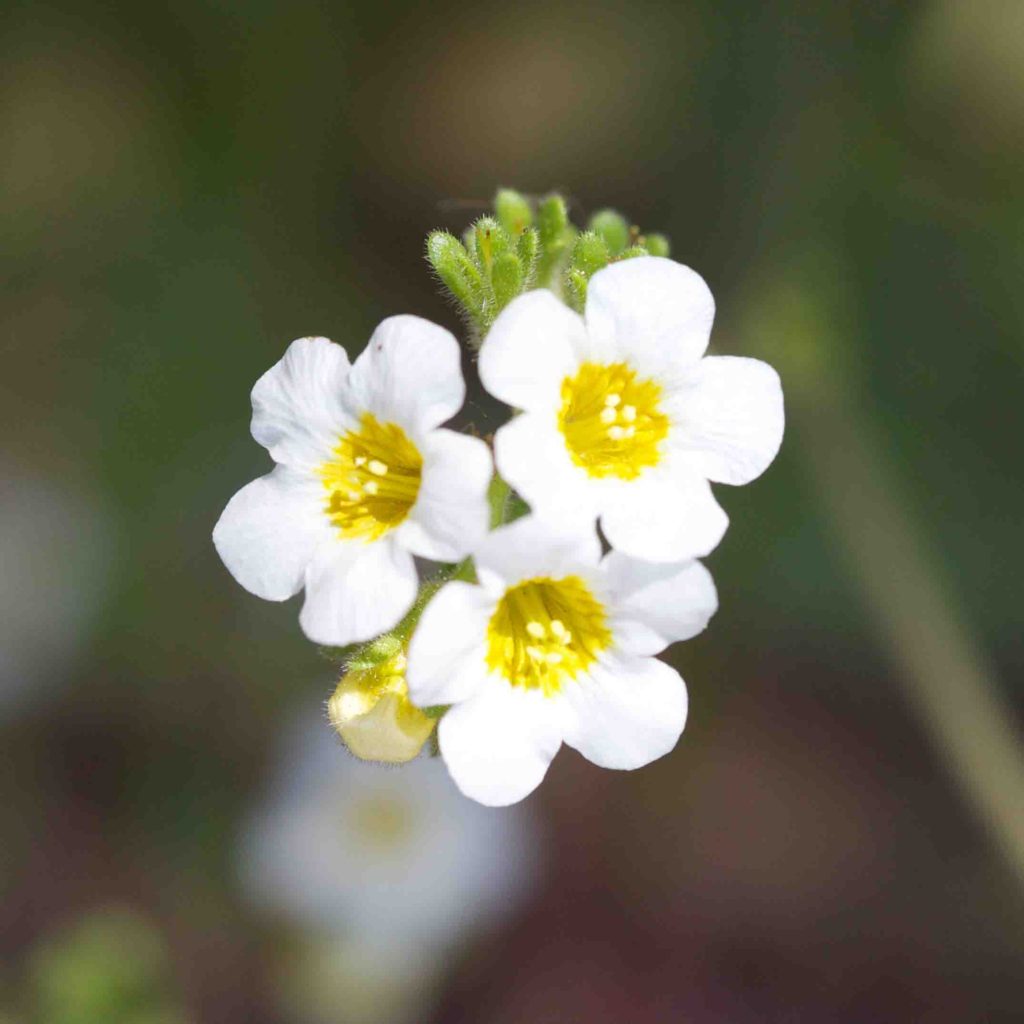 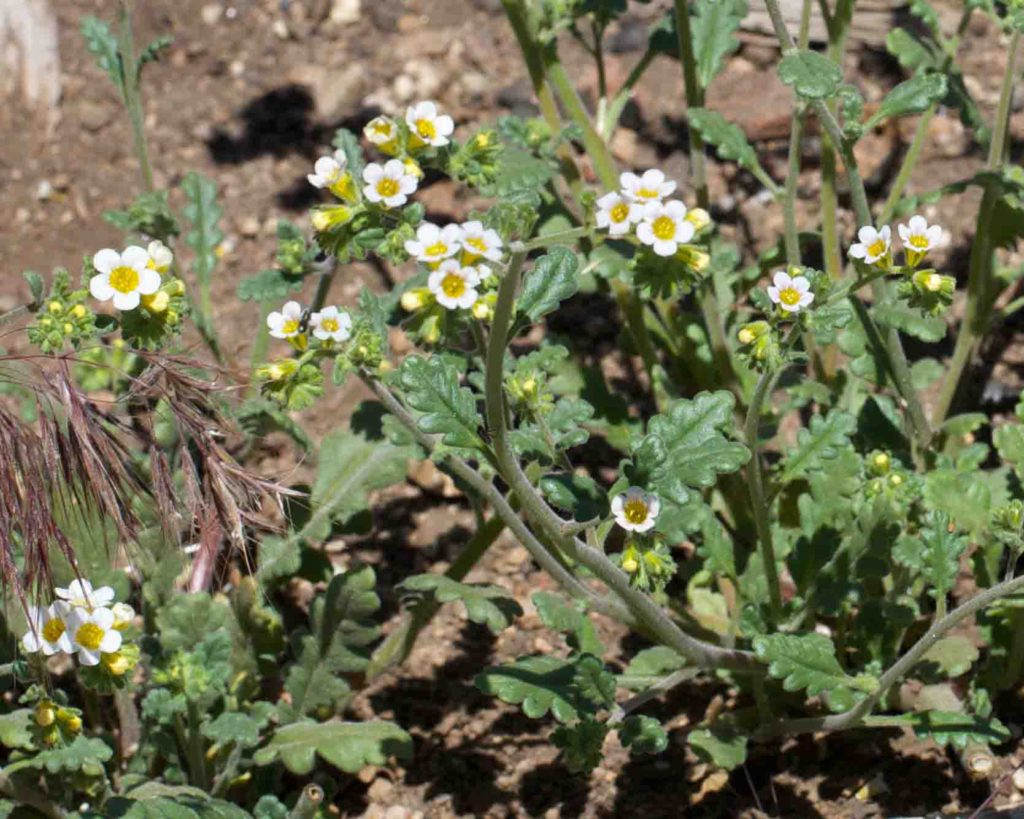 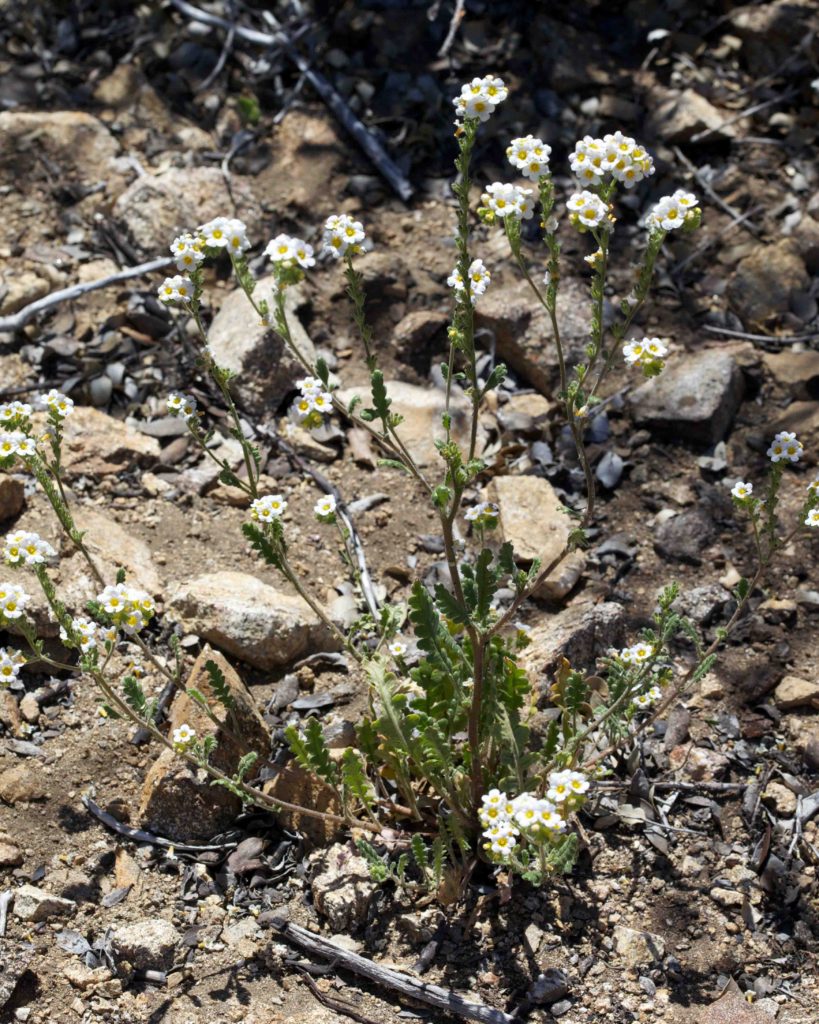 Slopes in clay or rocky soils

Flowers are usually white or whitish, and leaves are pinnately lobed with clearly toothed segments.  Stems are decumbent to erect, simple or branched from the base.  Flowers may be bluish-purple, causing confusion with Great Valley Phacelia (Phacelia ciliata).  However, Common Phacelia has dark lavender spots in the flower’s throat, which are lacking in Great Valley Phacelia. 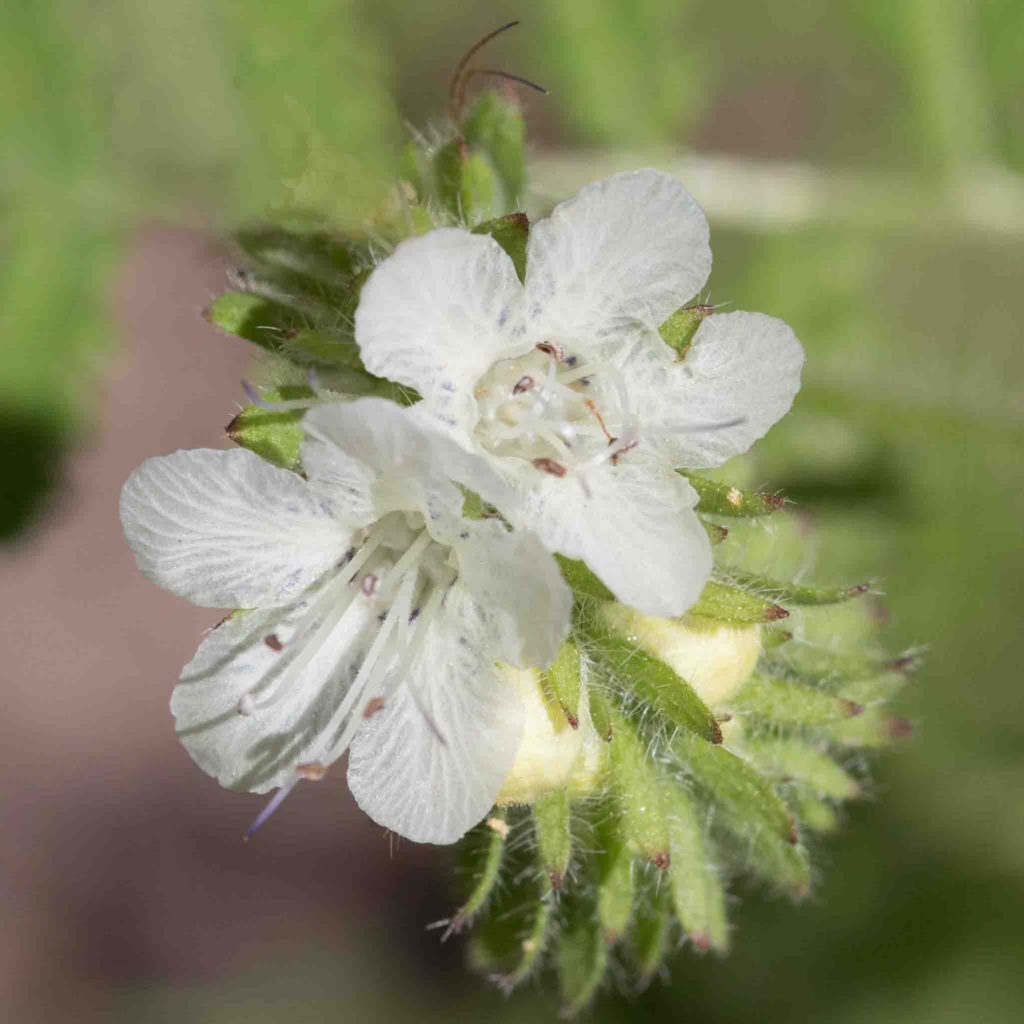 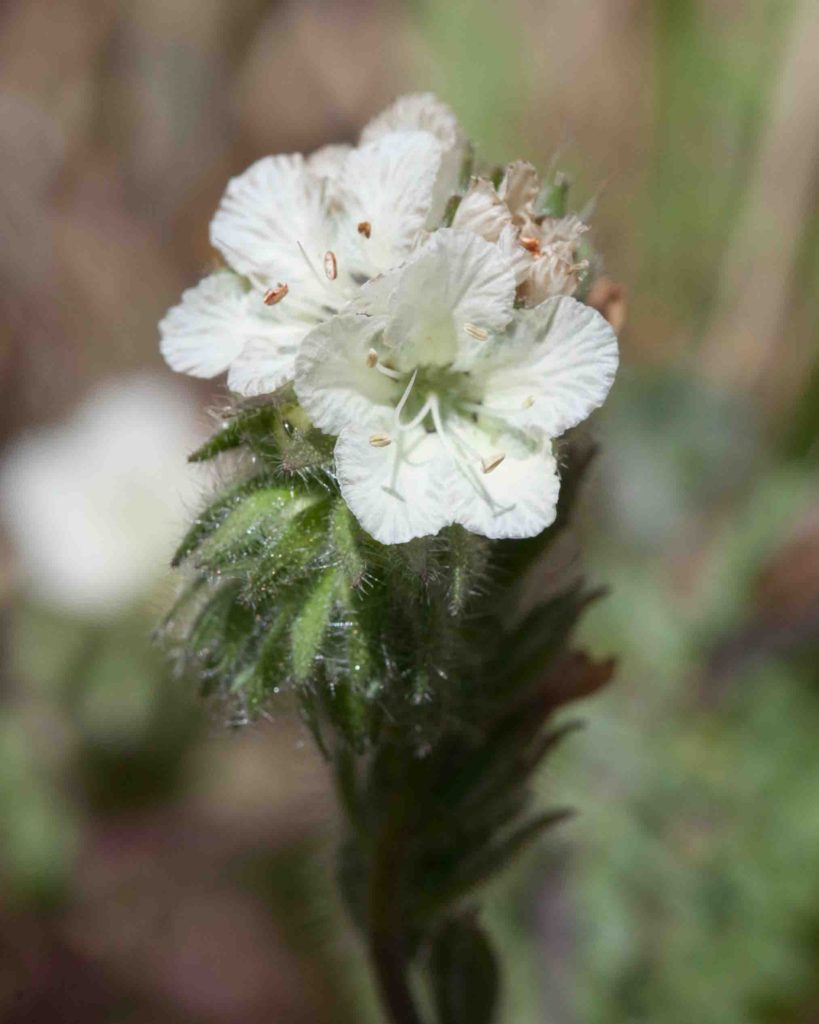 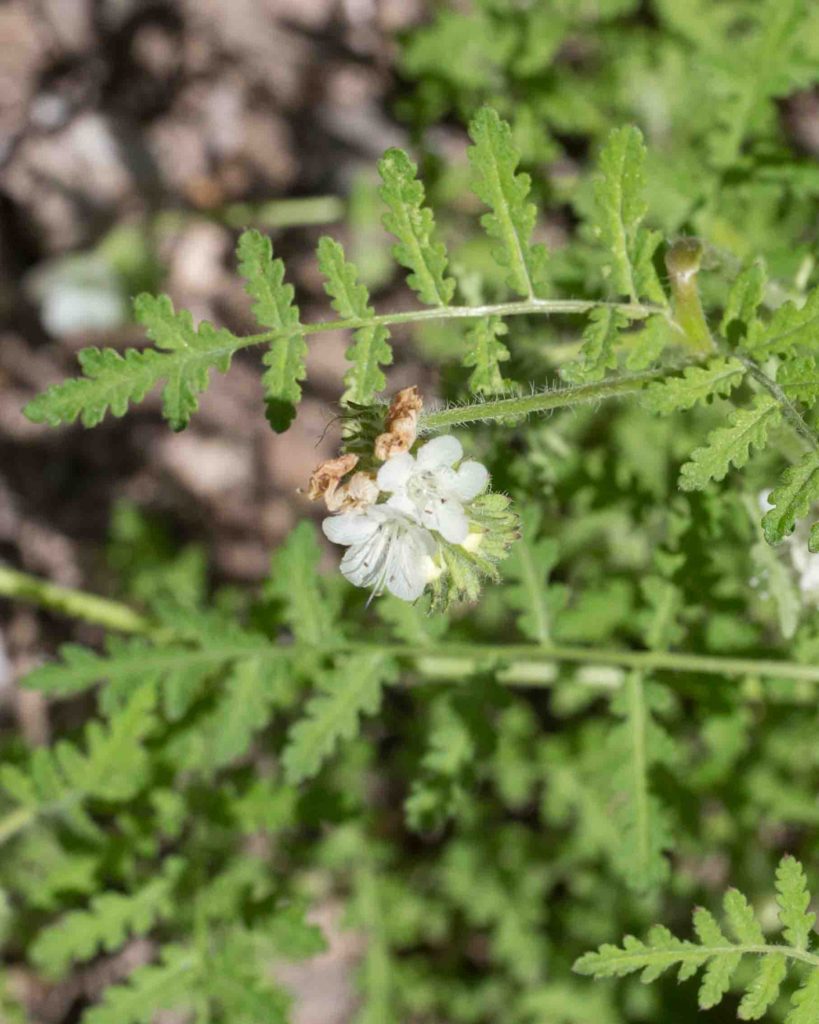 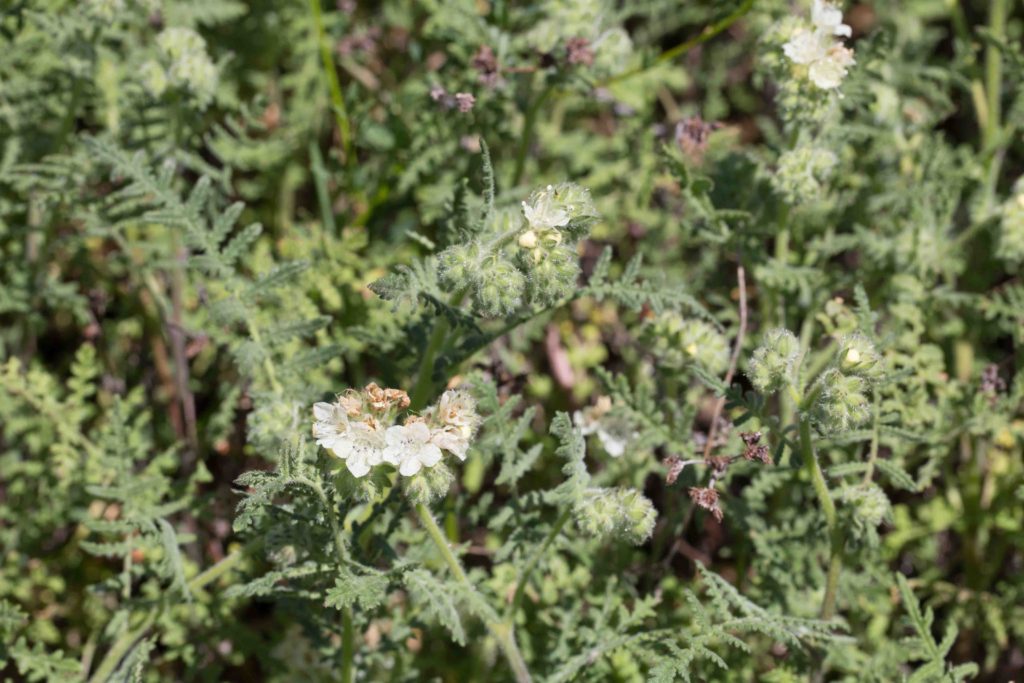 A fire follower, sometimes found in profusion.  It has almost translucent flowers, generally white but occasionally pale lavender.  They are sometimes described as having windows.  Leaves are simple, not compound, gray-green, lanceolate to ovate and may be toothed or lobed. 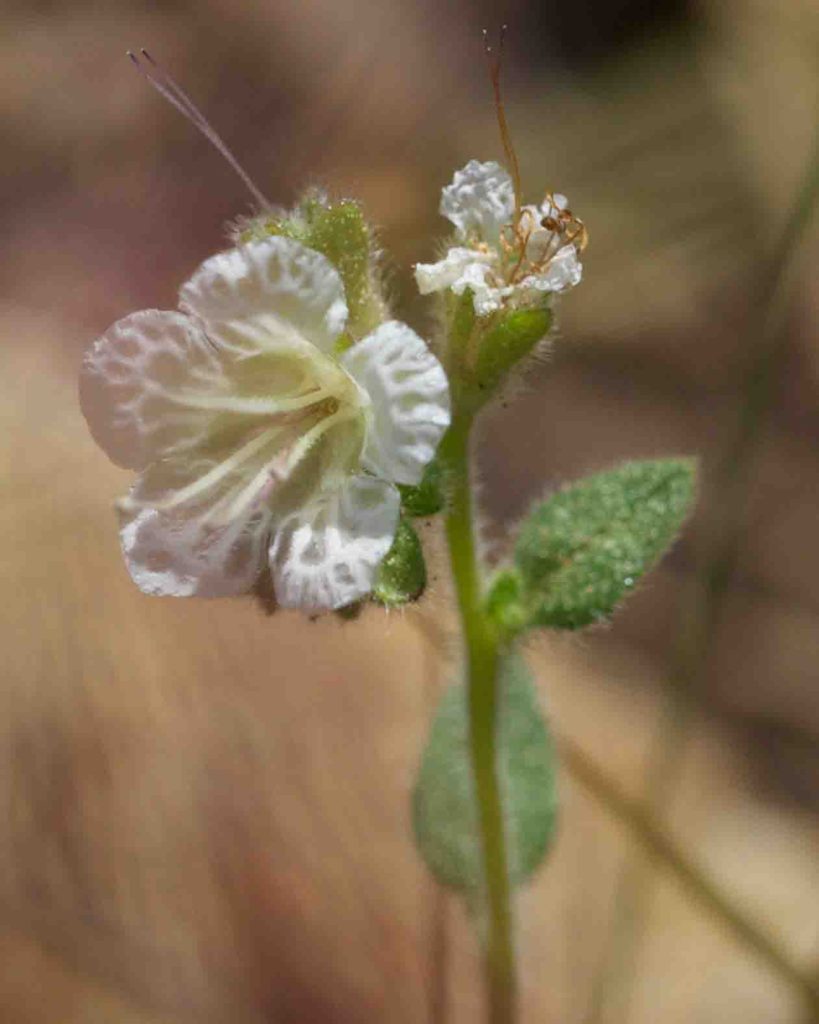 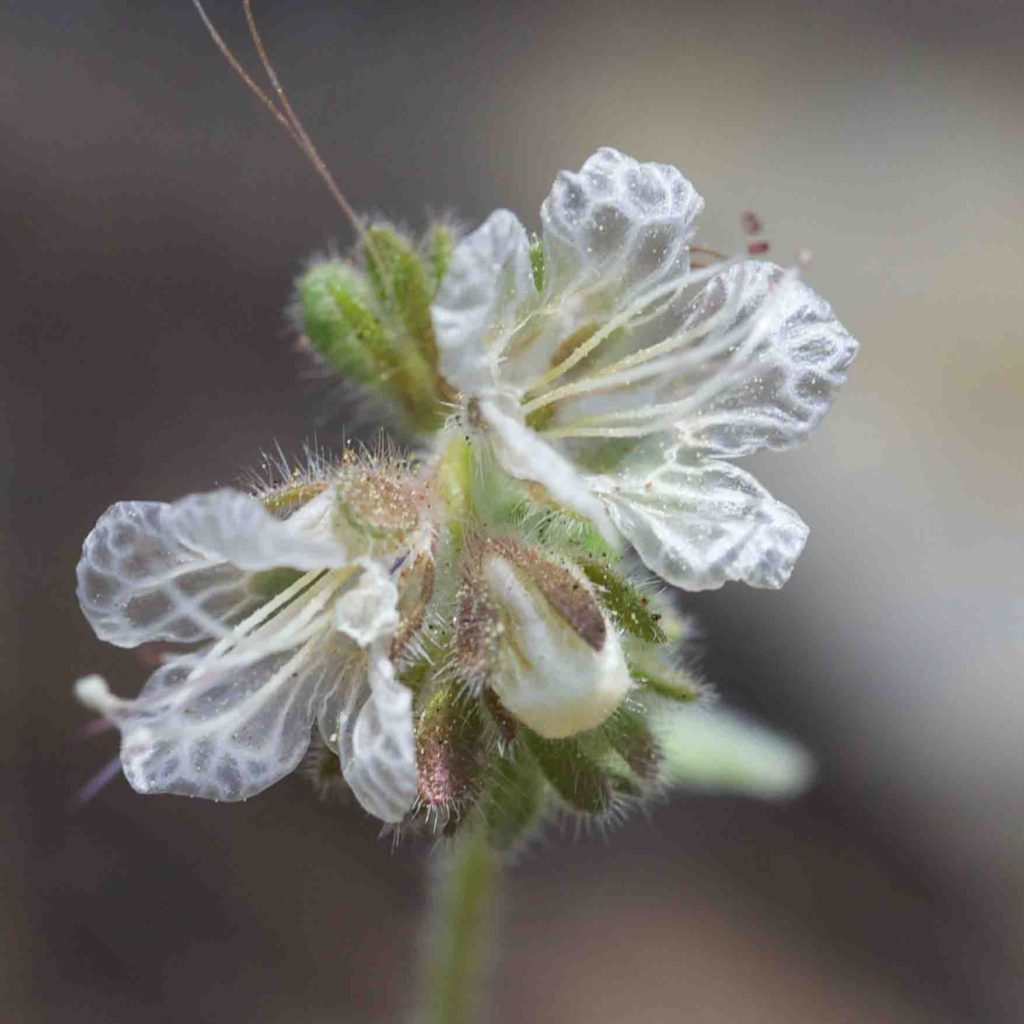 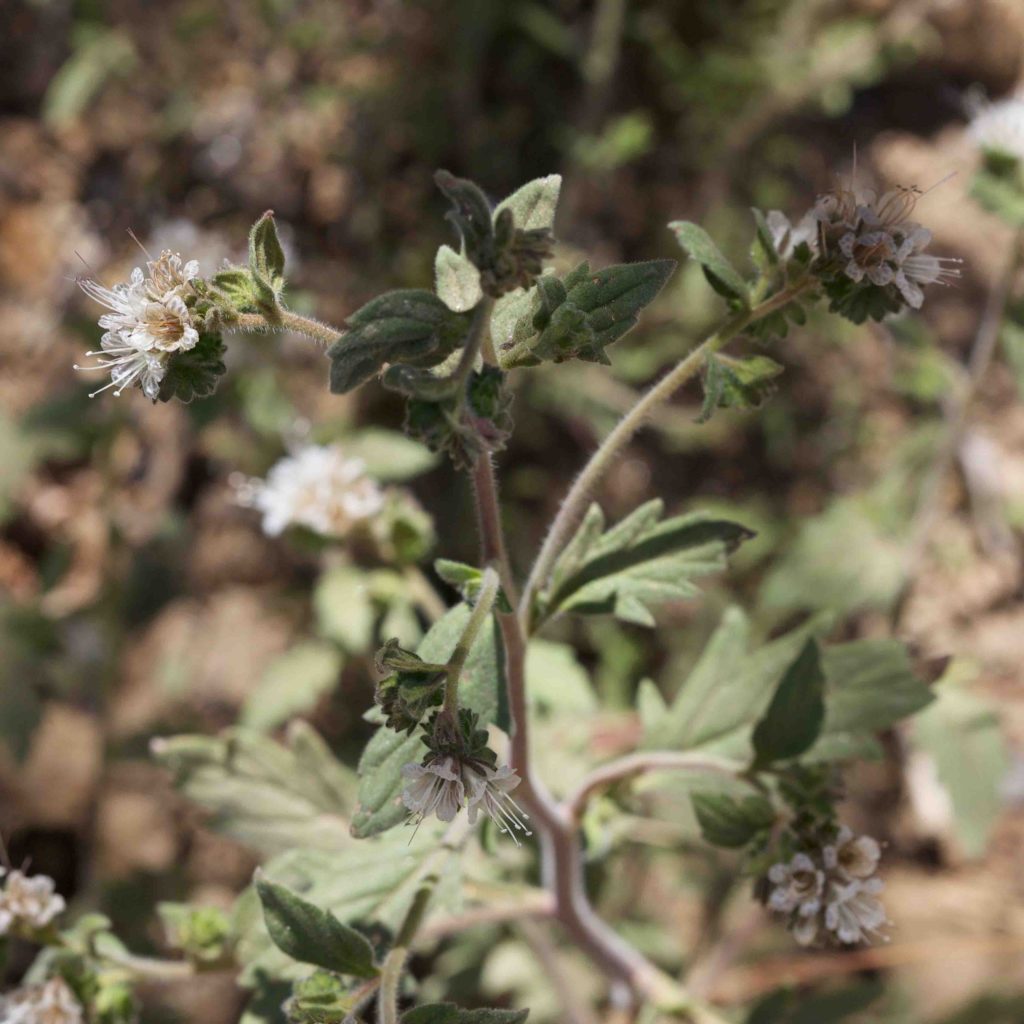 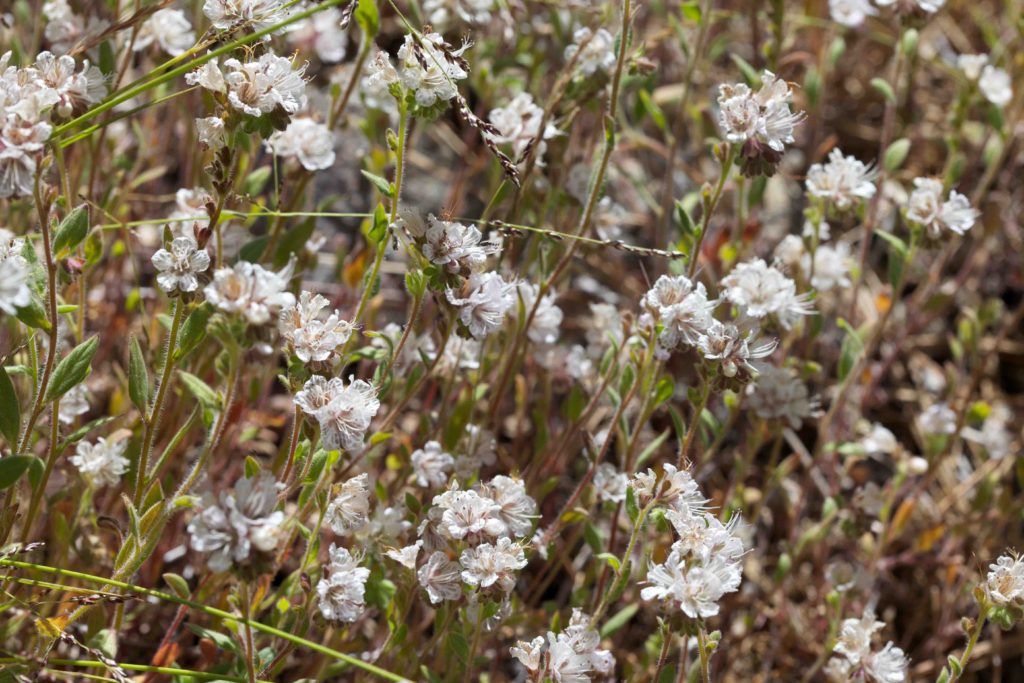 This phacelia has distinctive leaves and flowers.  Leaves are compound with narrow, lanceolate segments, with the terminal segment much longer than the others. The flowers are generally cylindrical (occasionally bell-shaped), in panicle-like inflorescences.  They have strongly exserted stamens and style, about twice as long as the petals.  The calyx lobes are important for identification: they are narrowly ovate or obovate and more or less overlapping in fruit.  The stems and calyx lobes are often glandular.  This species is easily confused with Kaweah River Phacelia (Phacelia egena).  However, that is a smaller plant (no more than 60 cm tall), has flowers which are more bell-shaped, has calyx lobes which are linear to oblanceolate and not overlapping in fruit, and is not glandular. 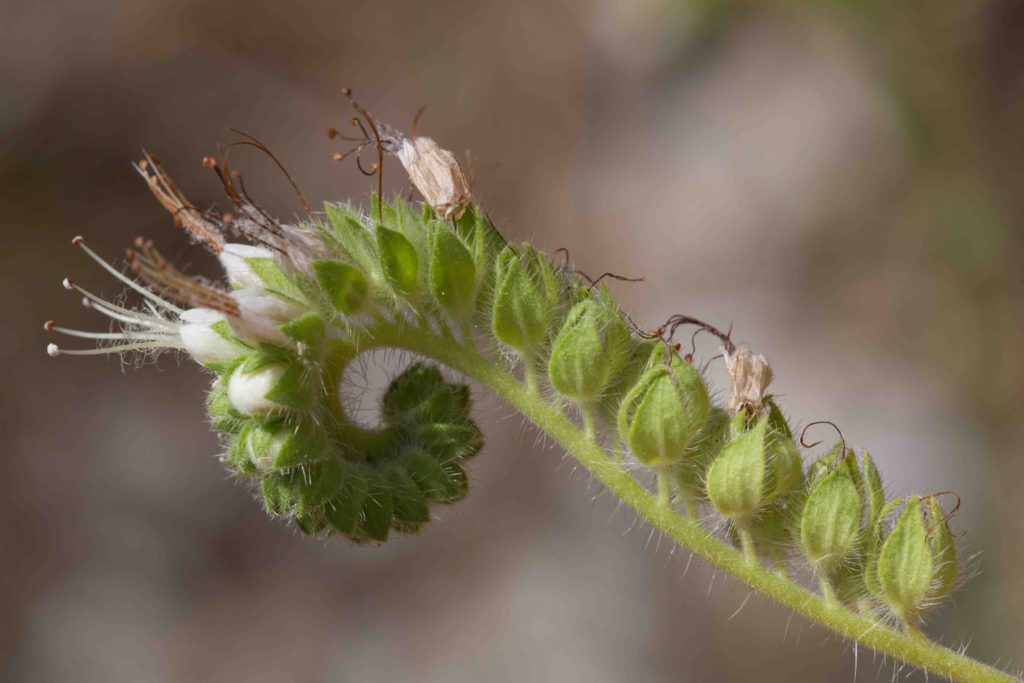 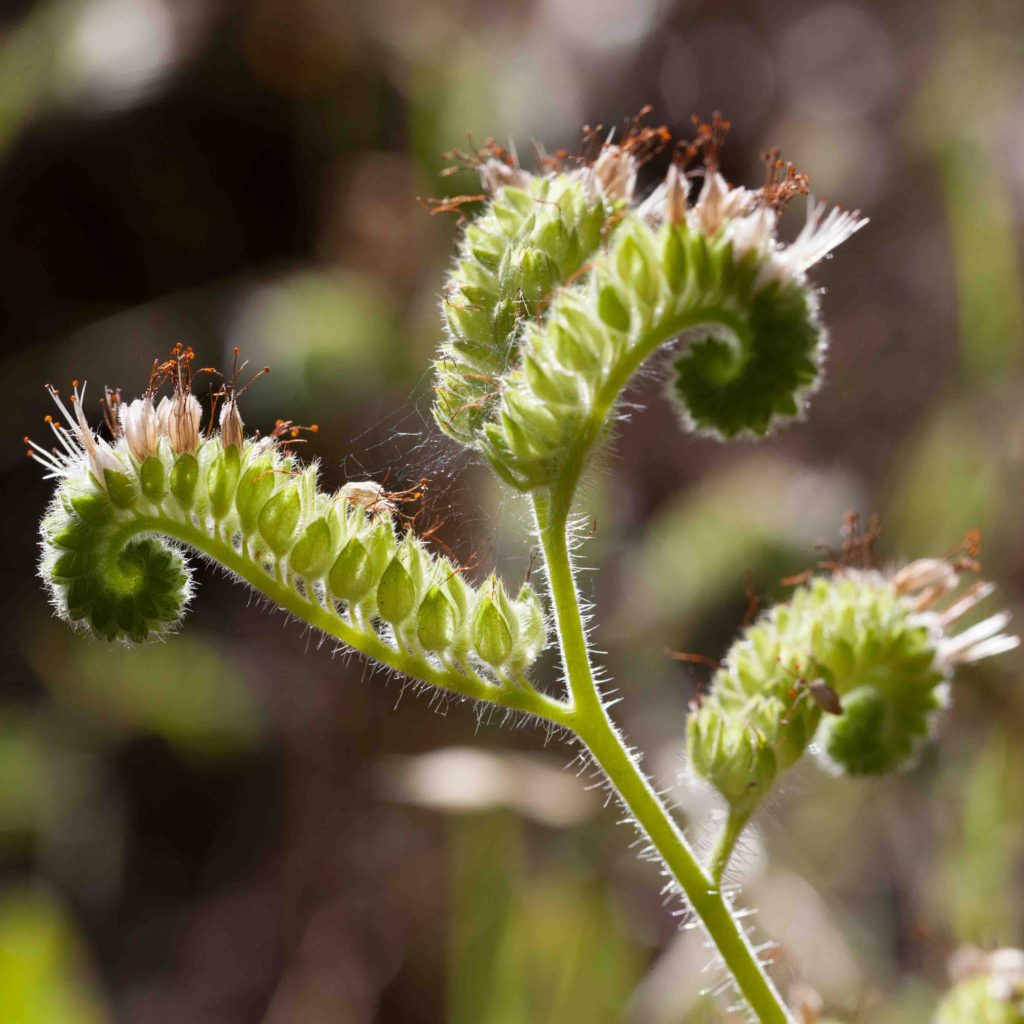 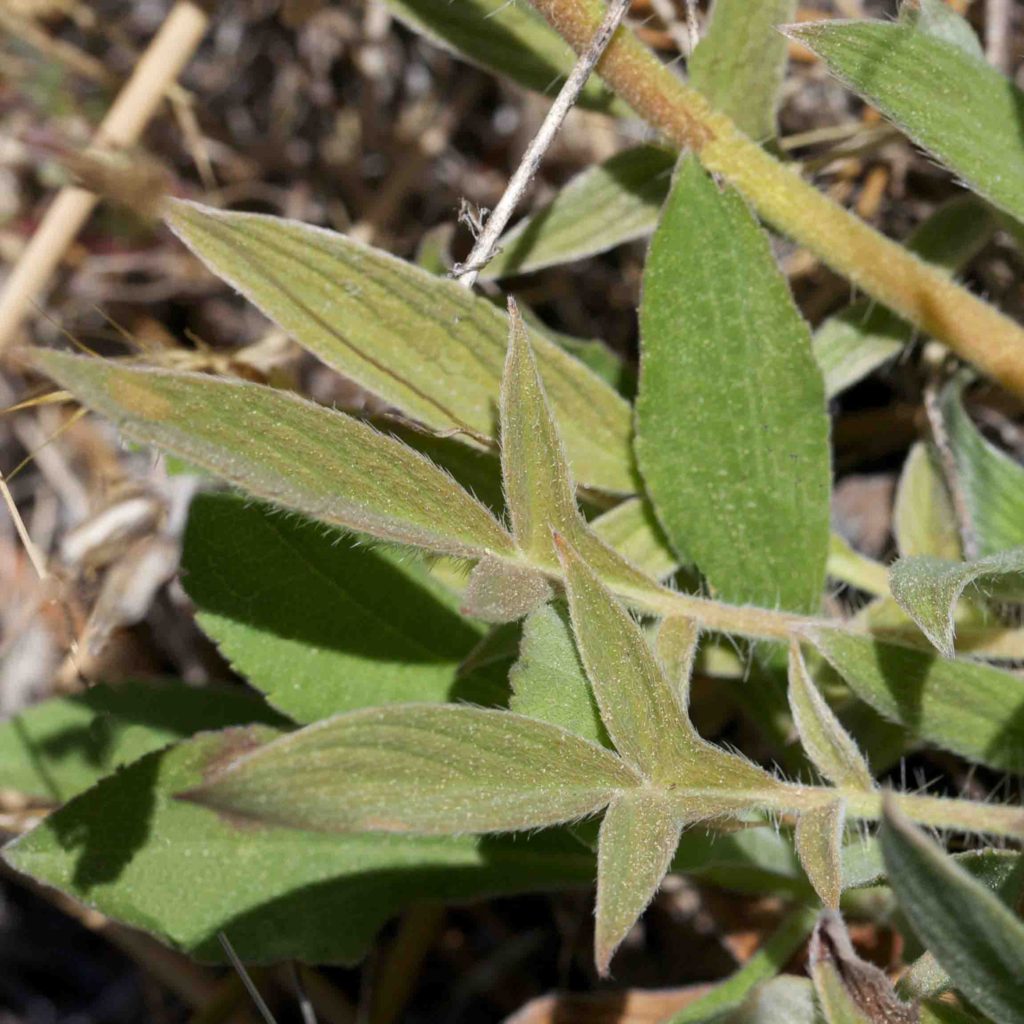 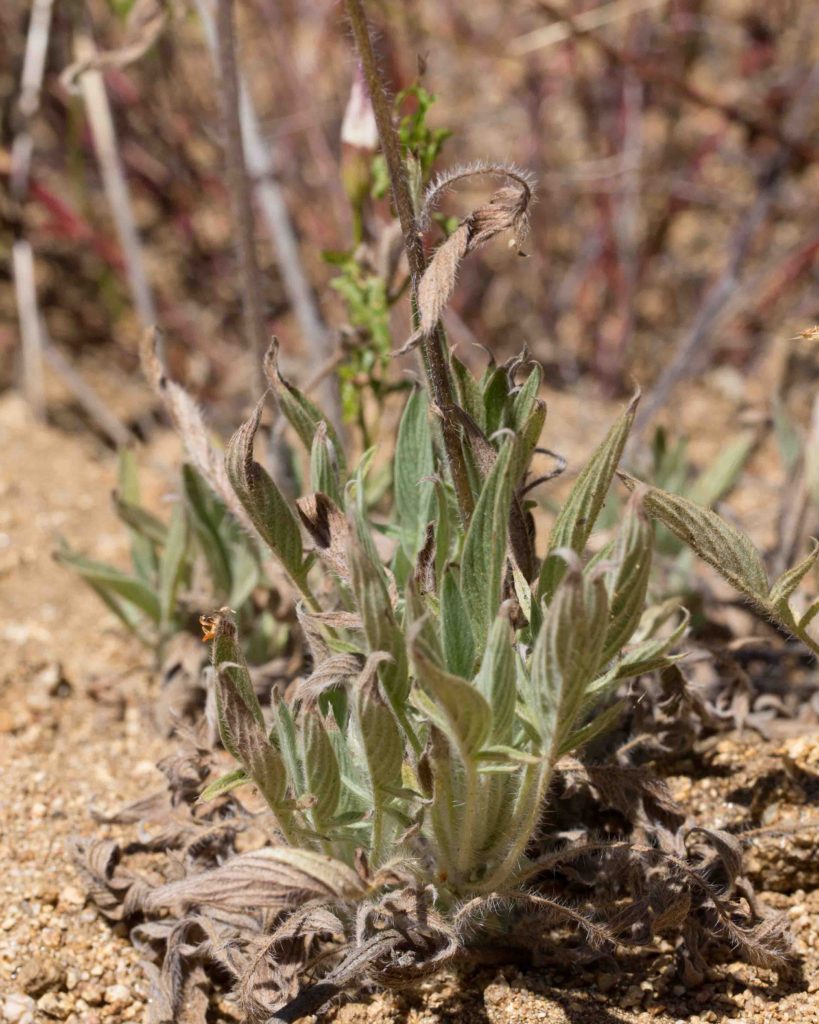 Sandy or gravelly soils, many communities

This phacelia is distinctive for its simple, coarse leaves, which are covered in stiff, bulb-based stinging hairs.  The flowers are dirty white, in an open bell shape. Very common, especially by the coast.  Photo #4 by CJH. 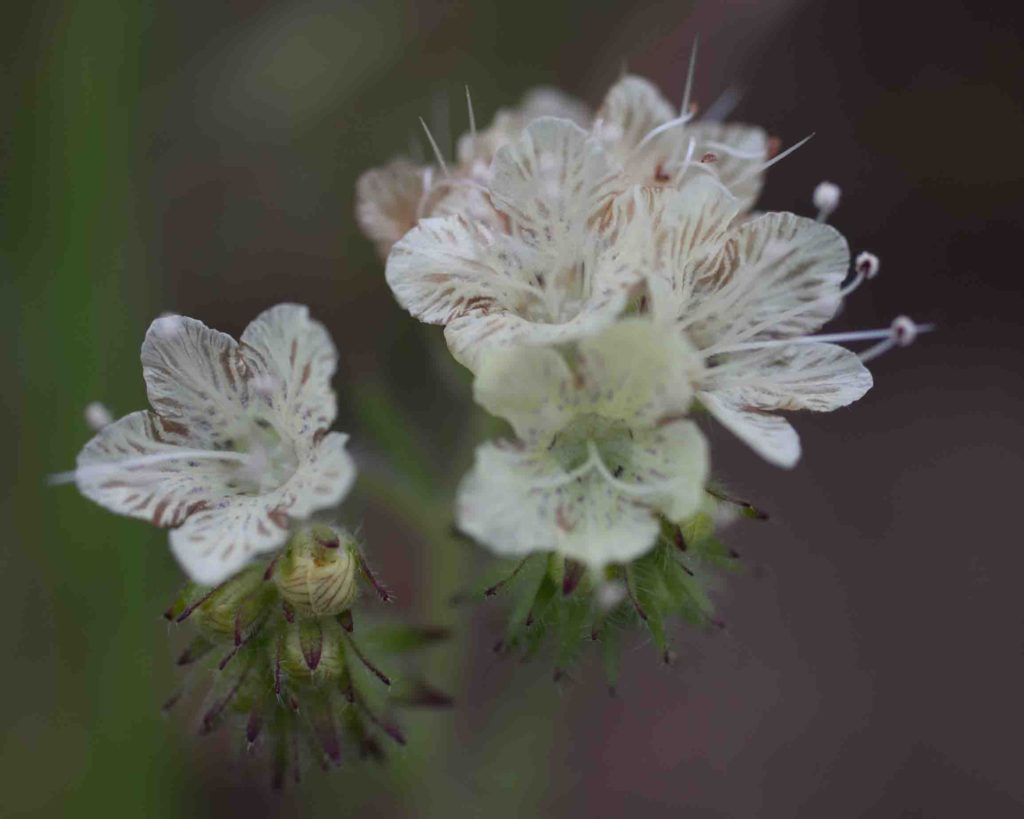 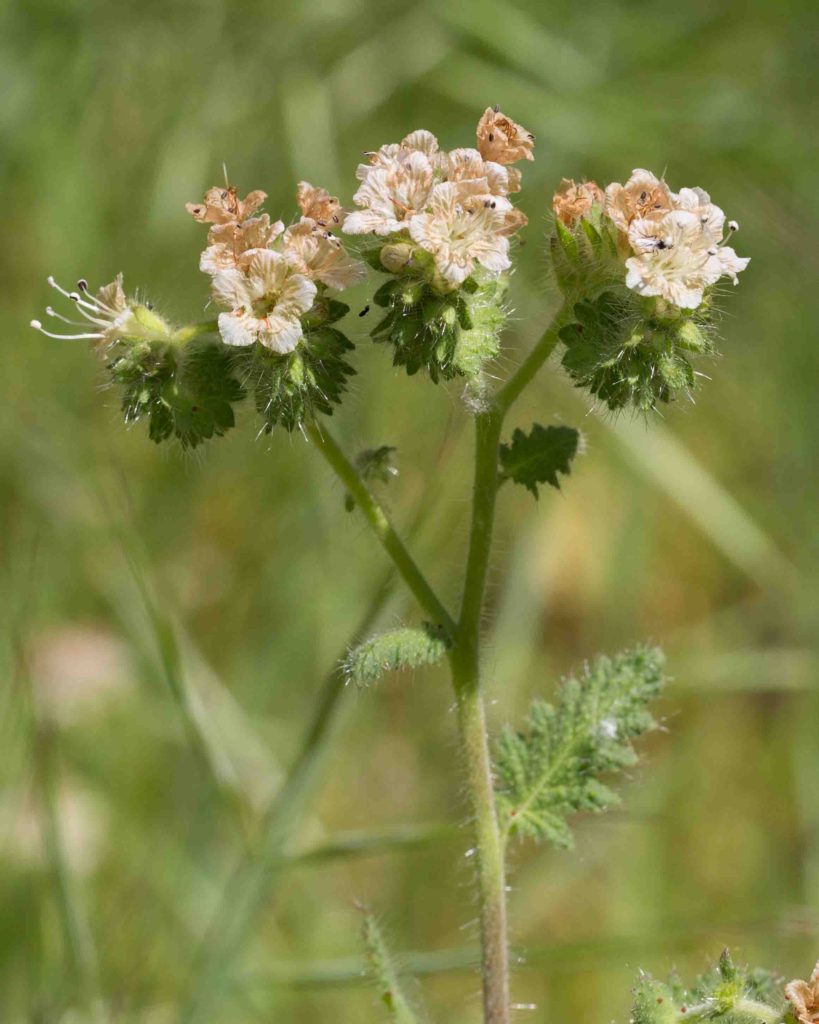 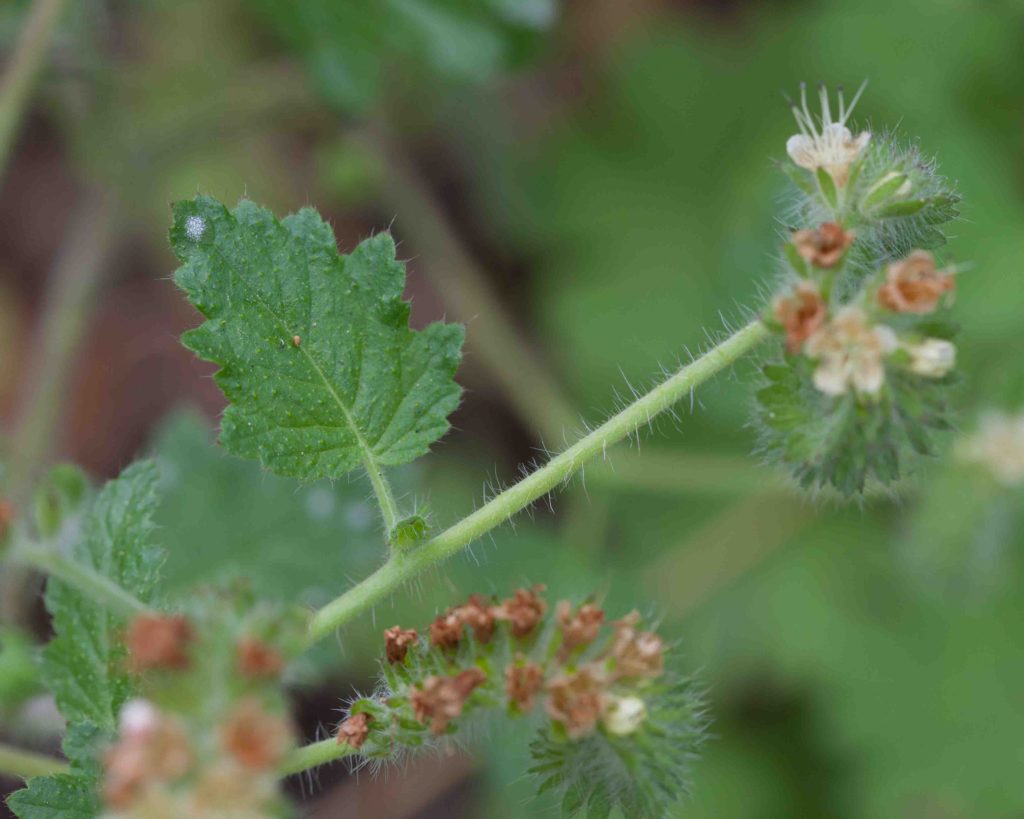 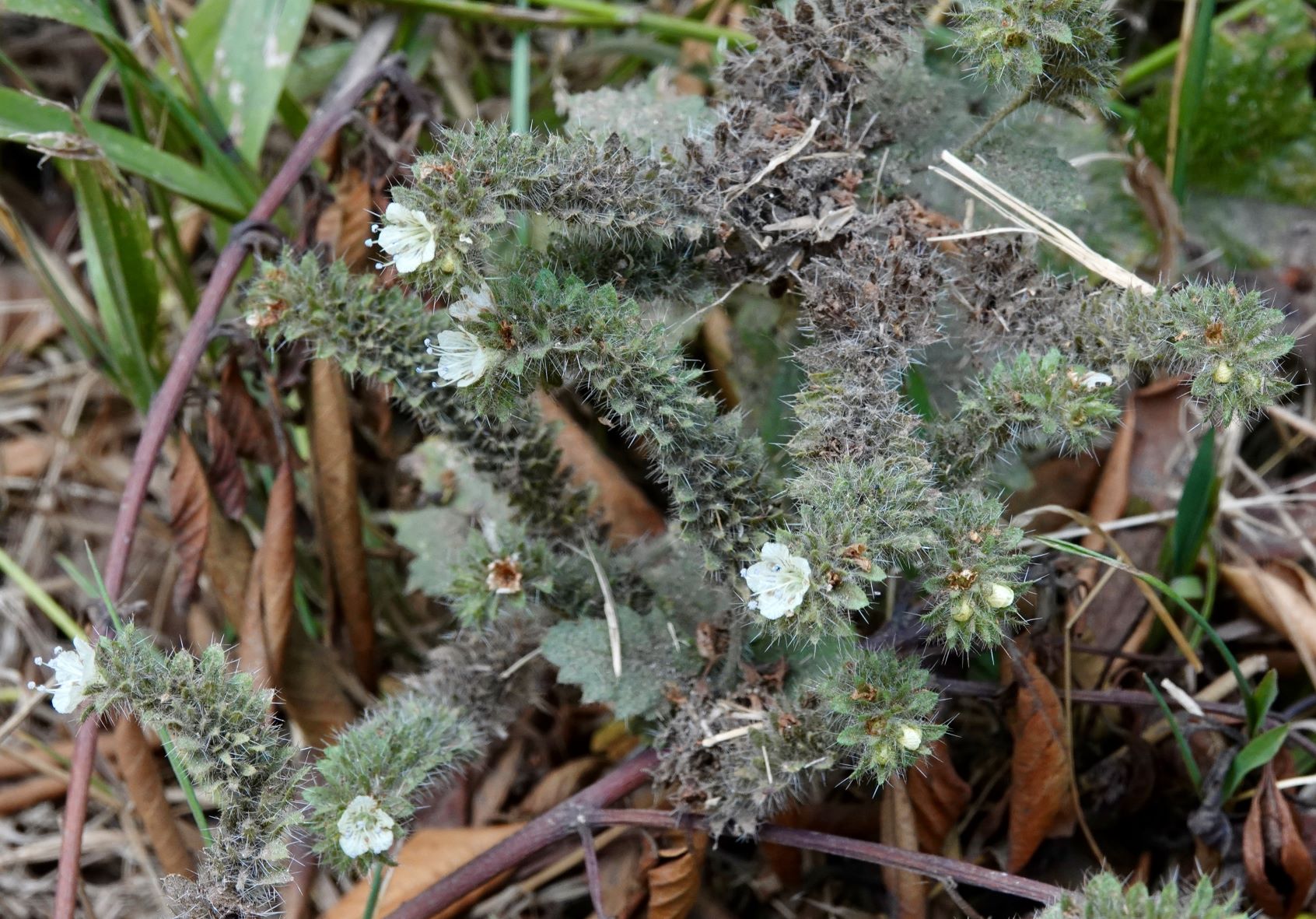 Like Imbricate Phacelia (Phacelia imbricata, see above), this has compound leaves with a large terminal segment, although larger and broader in this species. Until the flowers develop, the inflorescence is a tight, almost spherical head.  The flowers themselves are greenish-white, and cylindric to bell-shaped.  The common name indicates where the plant is most likely to be seen. 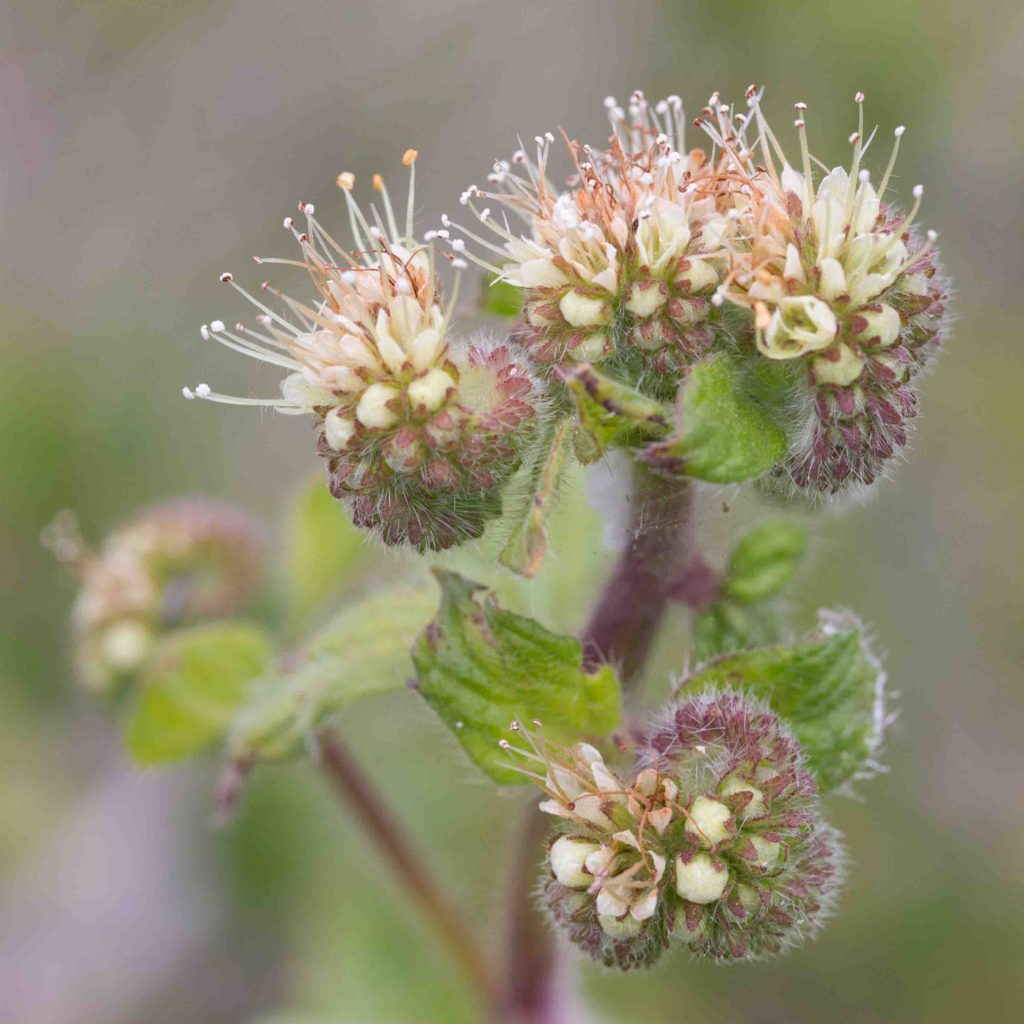 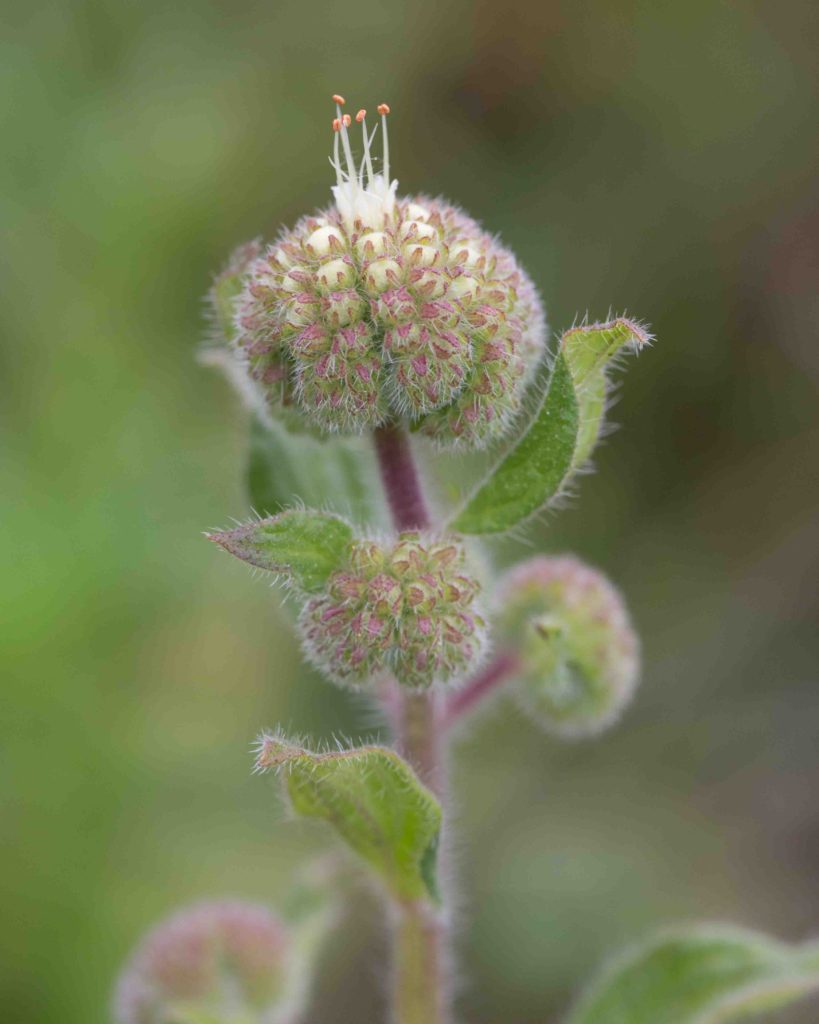 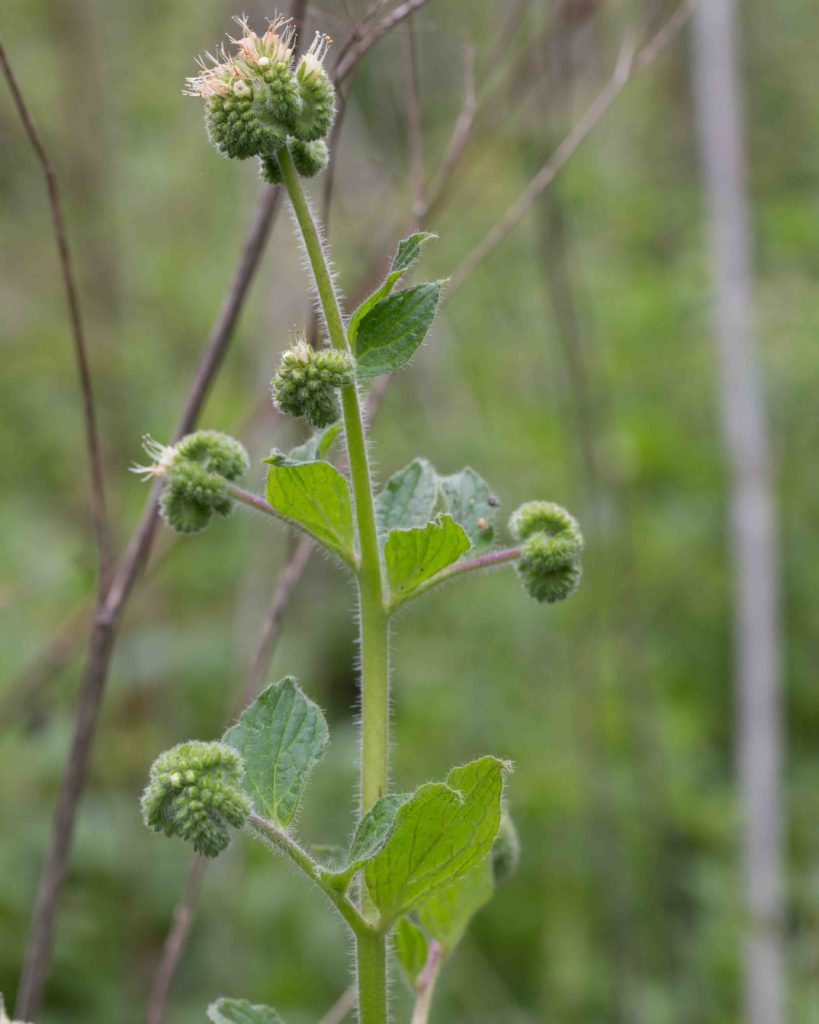 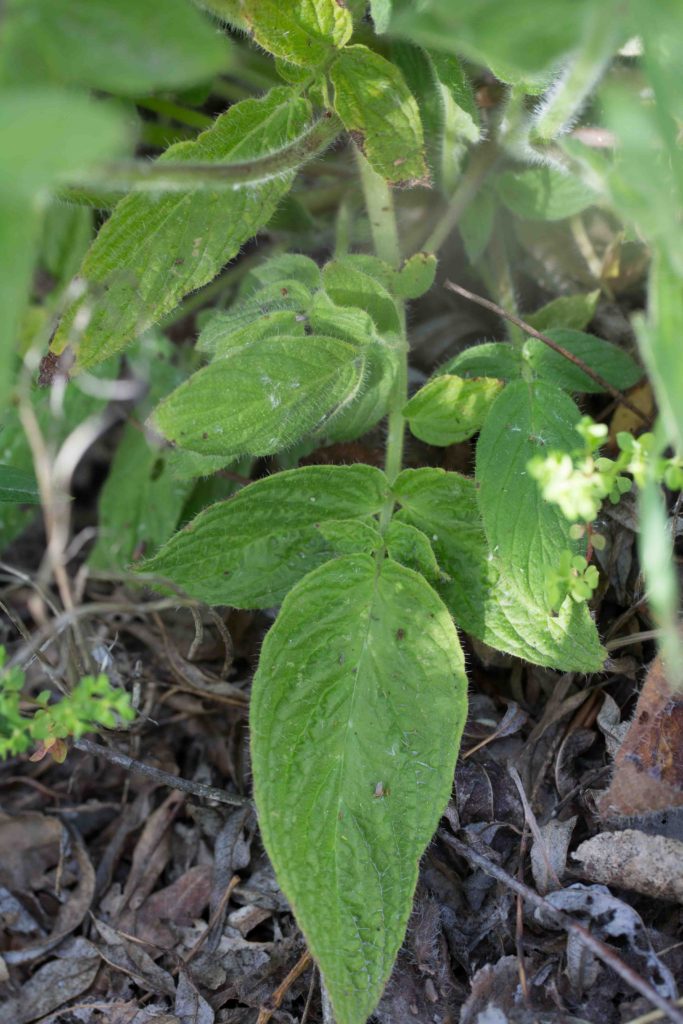