Orchids are perennials, with over 25,000 species worldwide.  All Monterey county orchids grow in the soil, rather than on trees.  Flowers are irregular, with the lowest petal being different from the other two petals.  There are commonly 3 sepals, all the same, which resemble petals.  Many orchids have a symbiotic relationship with soil fungus, which explains the absence of green leaves in those species.

Like Striped Coralroot (Corallorhiza striata, see below), this is more common north of Monterey County.  Despite its name, the lower lip of this orchid may be either spotted or pure white. There is another variety (var. occidentalis) that is found only north of San Francisco and which has lower lips that, unlike var. maculata, widen at the tip. 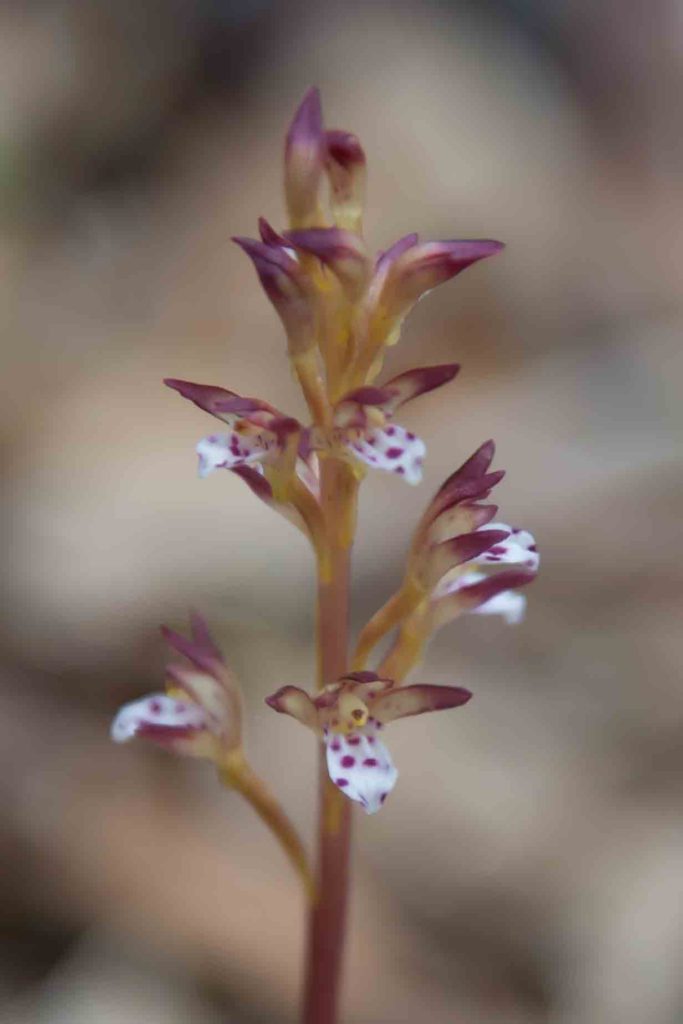 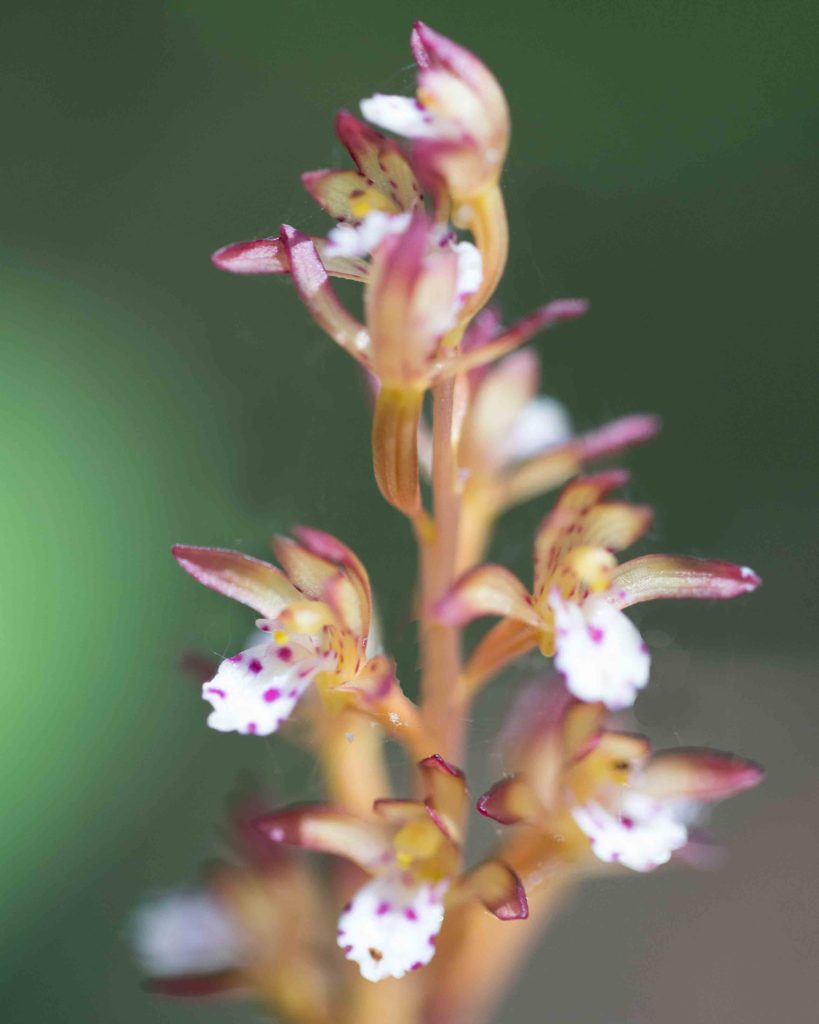 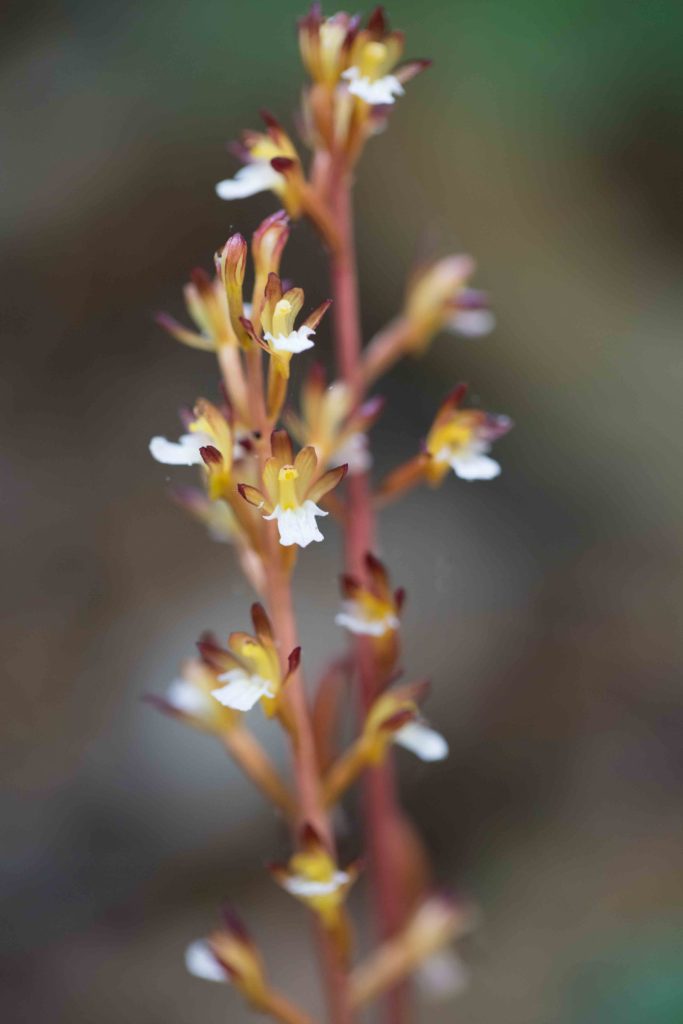 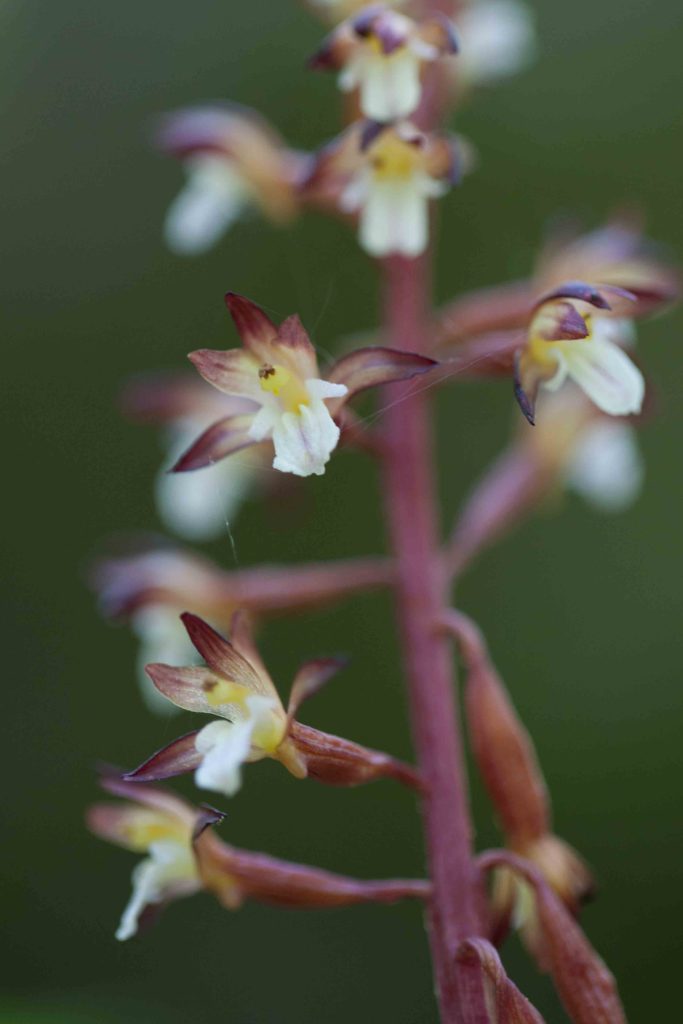 Like Spotted Coralroot (Corallorhiza maculata, see above), this is extremely uncommon in Monterey County.  Both derive their sustenance from fungi in its coral-shaped roots with which they have developed a symbiotic relationship.  Flowers are pinkish-yellow to pale brown, with longitudinal stripes but without any lateral lobes. 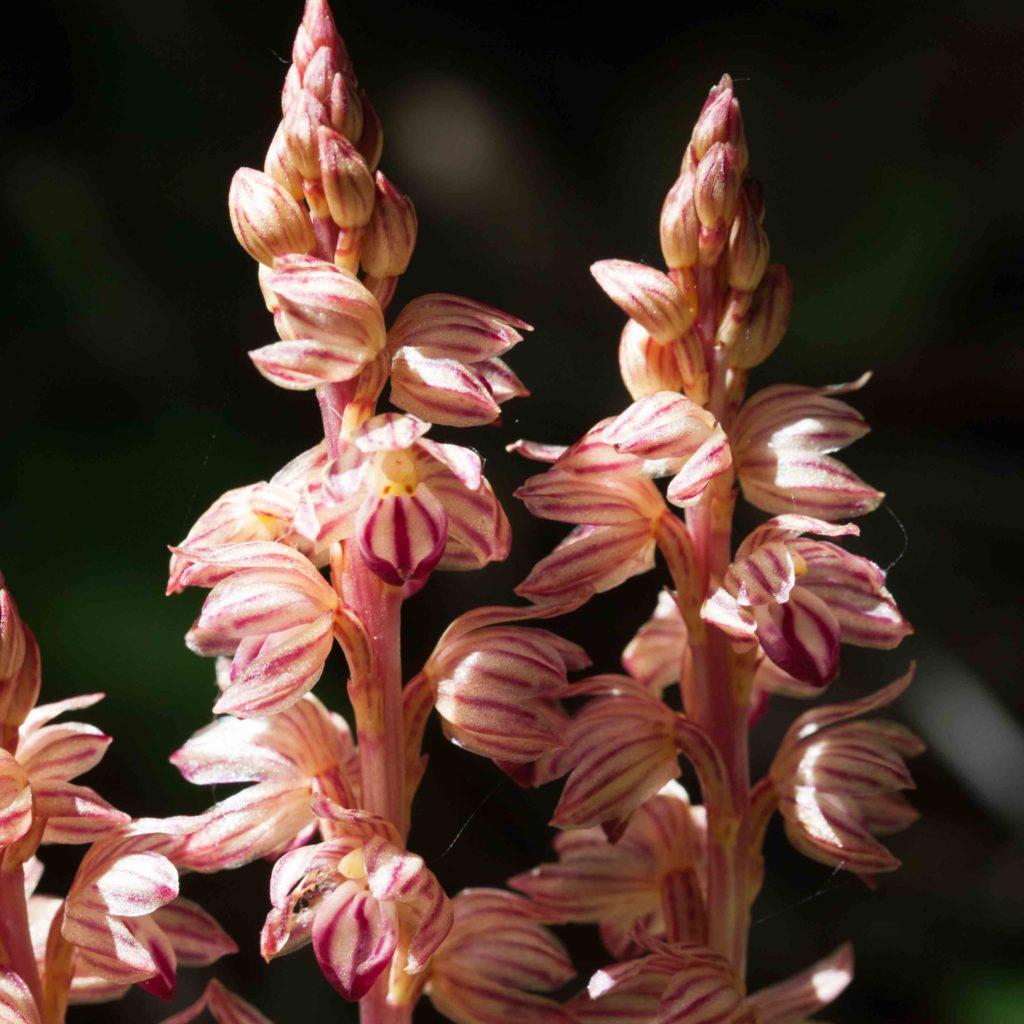 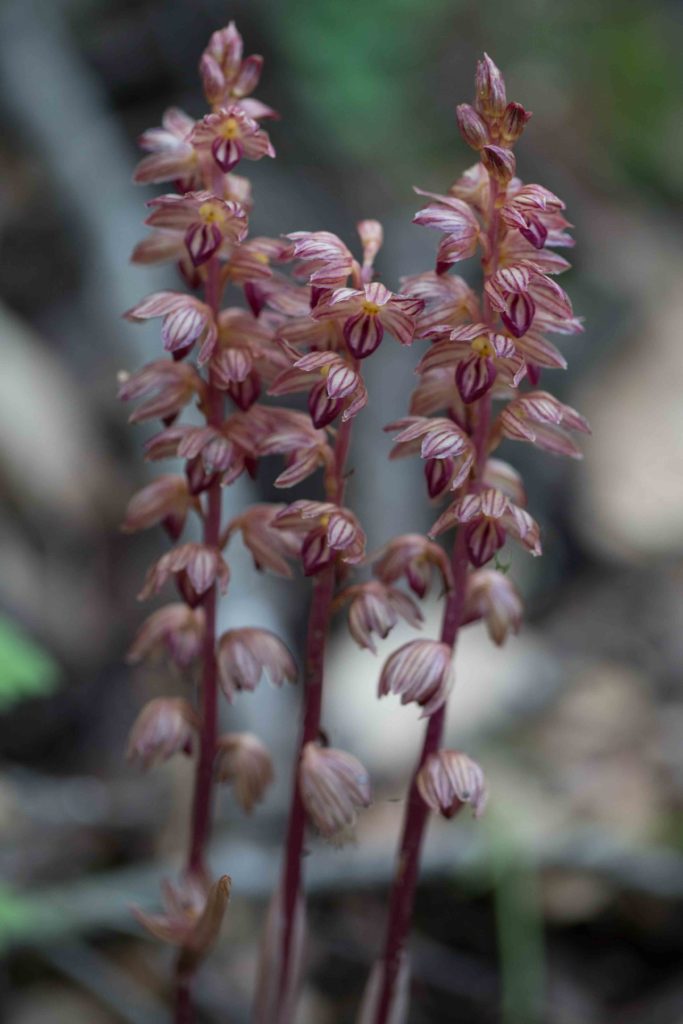 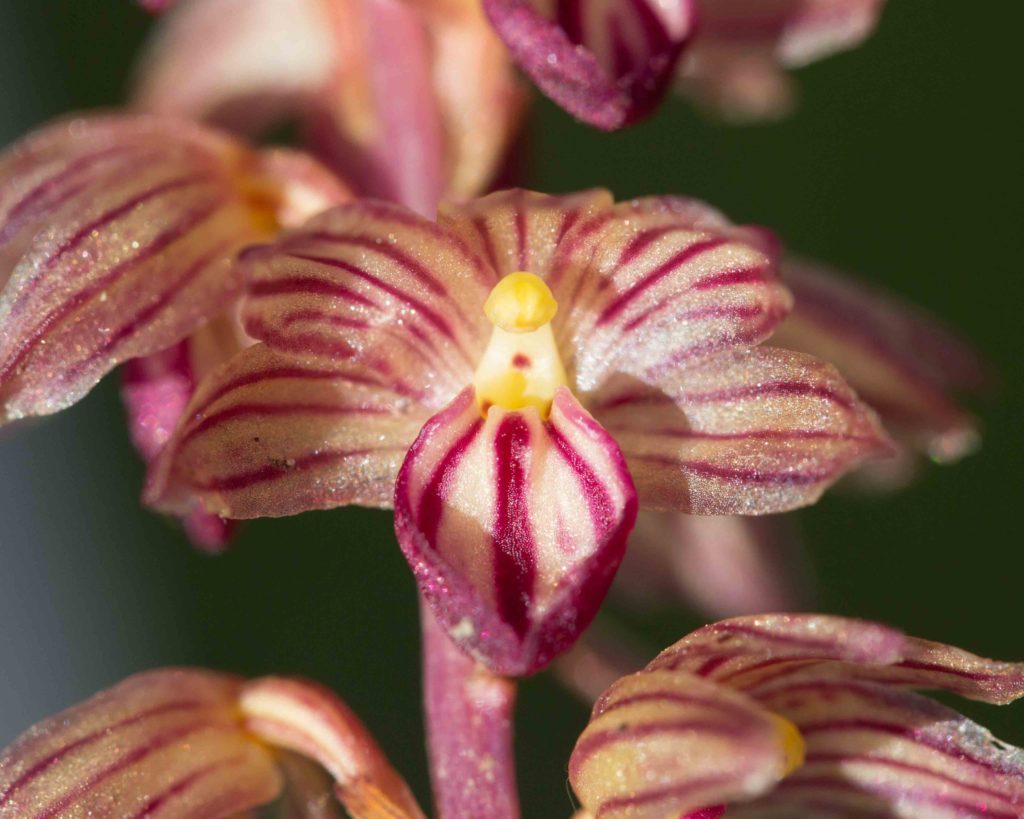 Relatively uncommon, this has beautiful greenish-yellow flowers, with reddish markings and longish (16–24 mm) lateral sepals.  The flowers are rather more striking than those of the other (non-native) Epipactis found in the county. 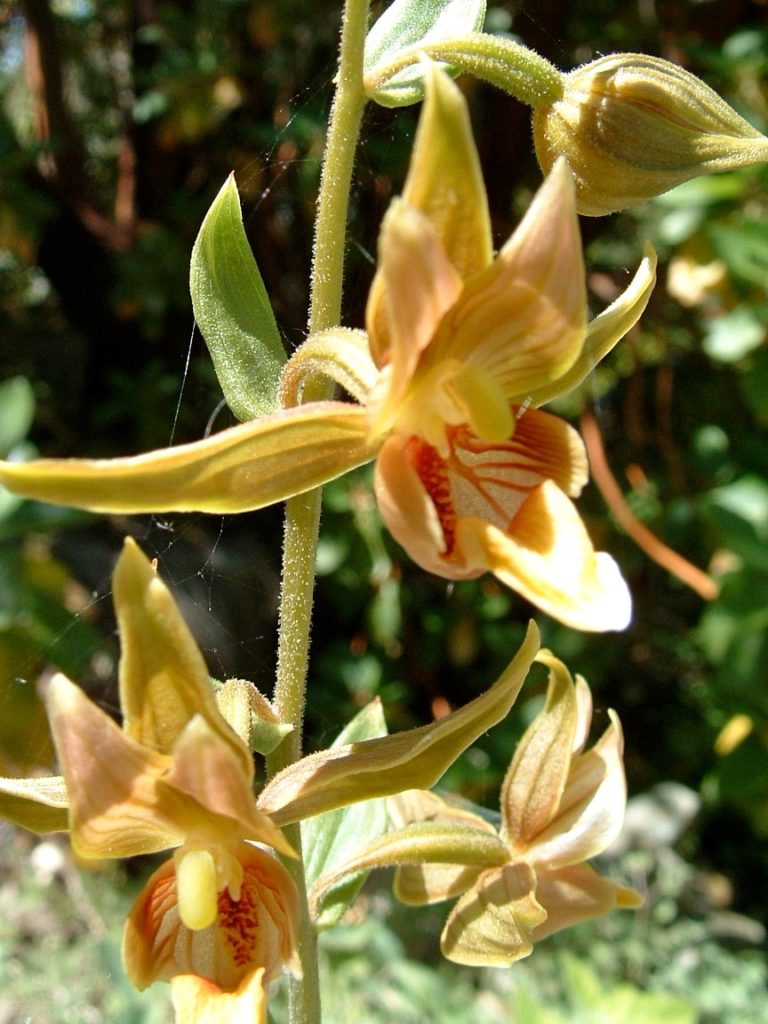 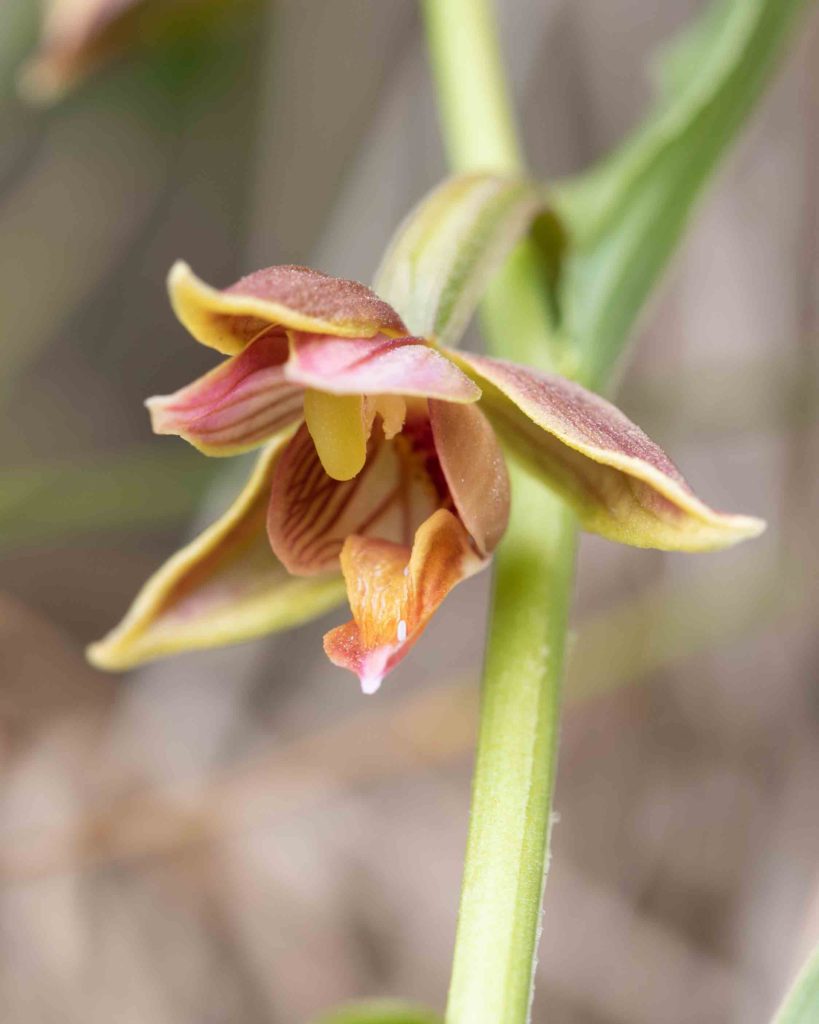 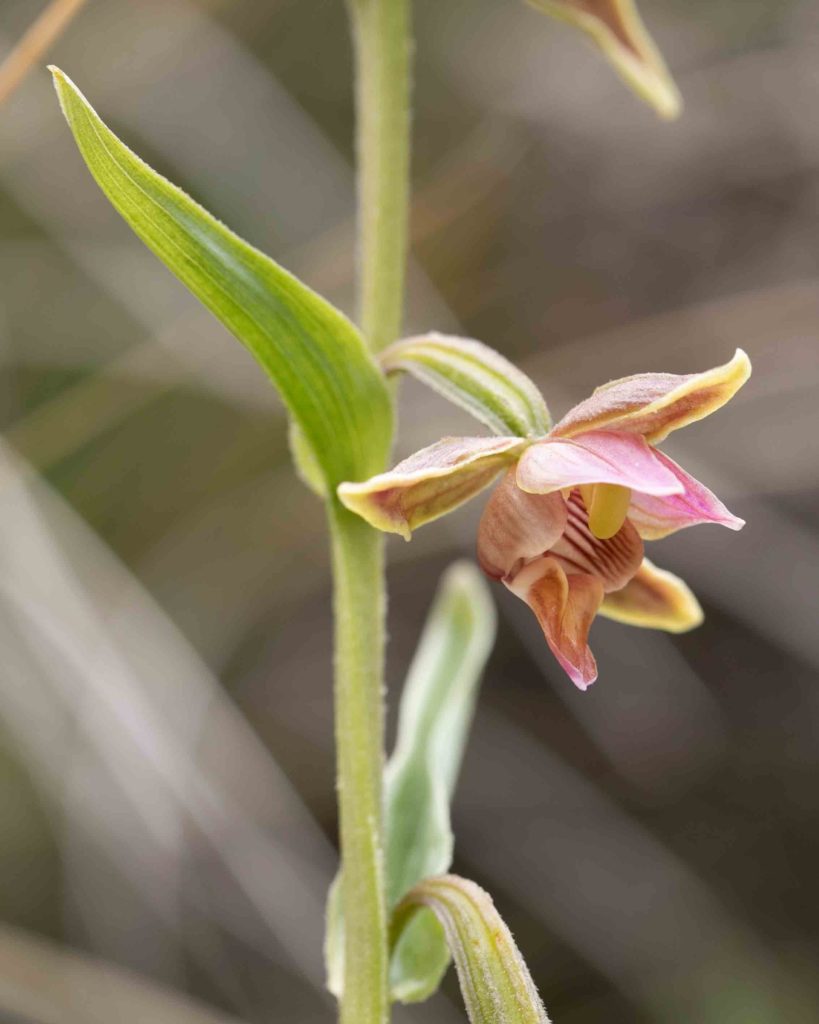 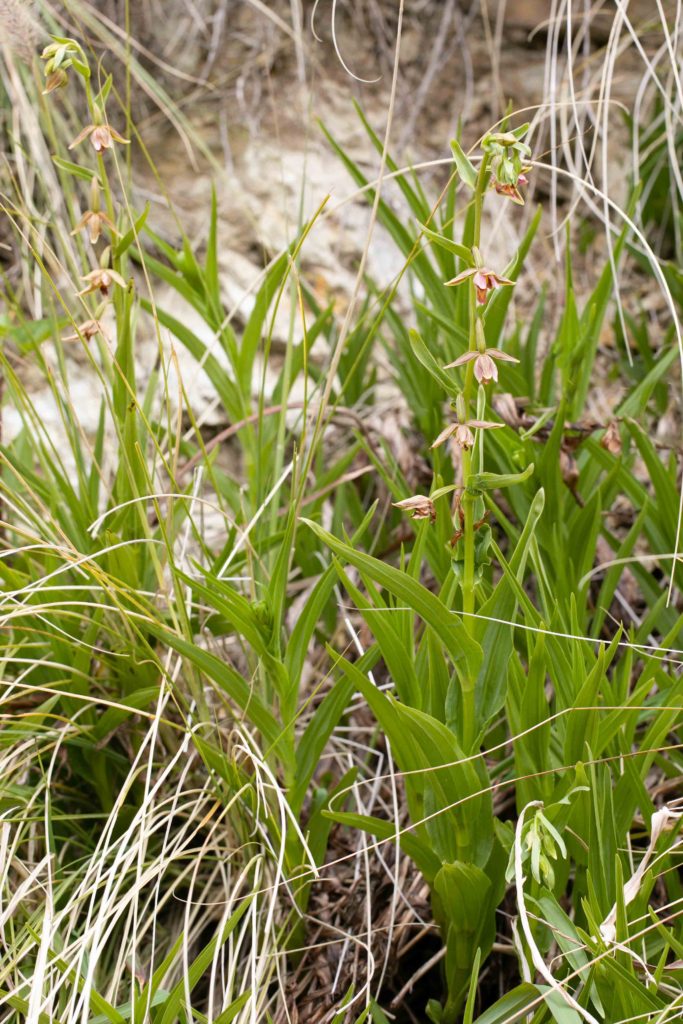 A very common, sometimes weedy orchid.  It has lanceolate to ovate leaves, typical of the orchid family.  Before blooming, this is easily recognized by the distinctive drooping tip of its stem.  Flowers are greenish, often with a pale-purplish tinge, or purple striped and a dark, almost black throat.  Photo #2 by CJH. 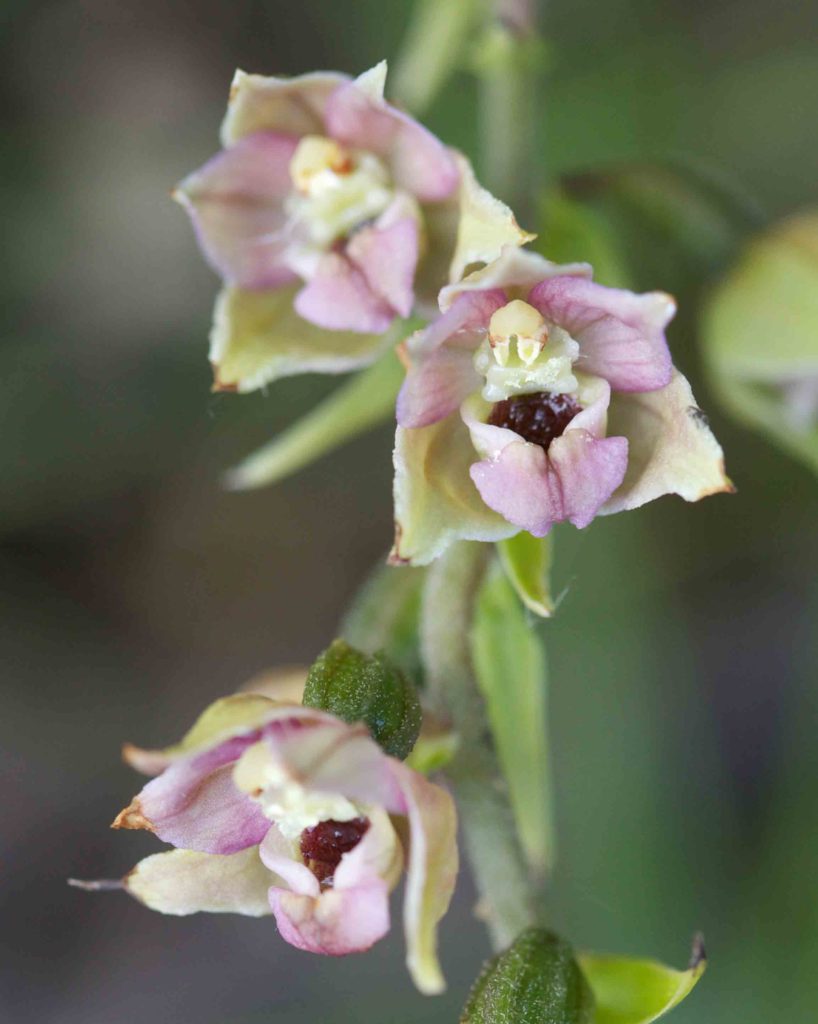 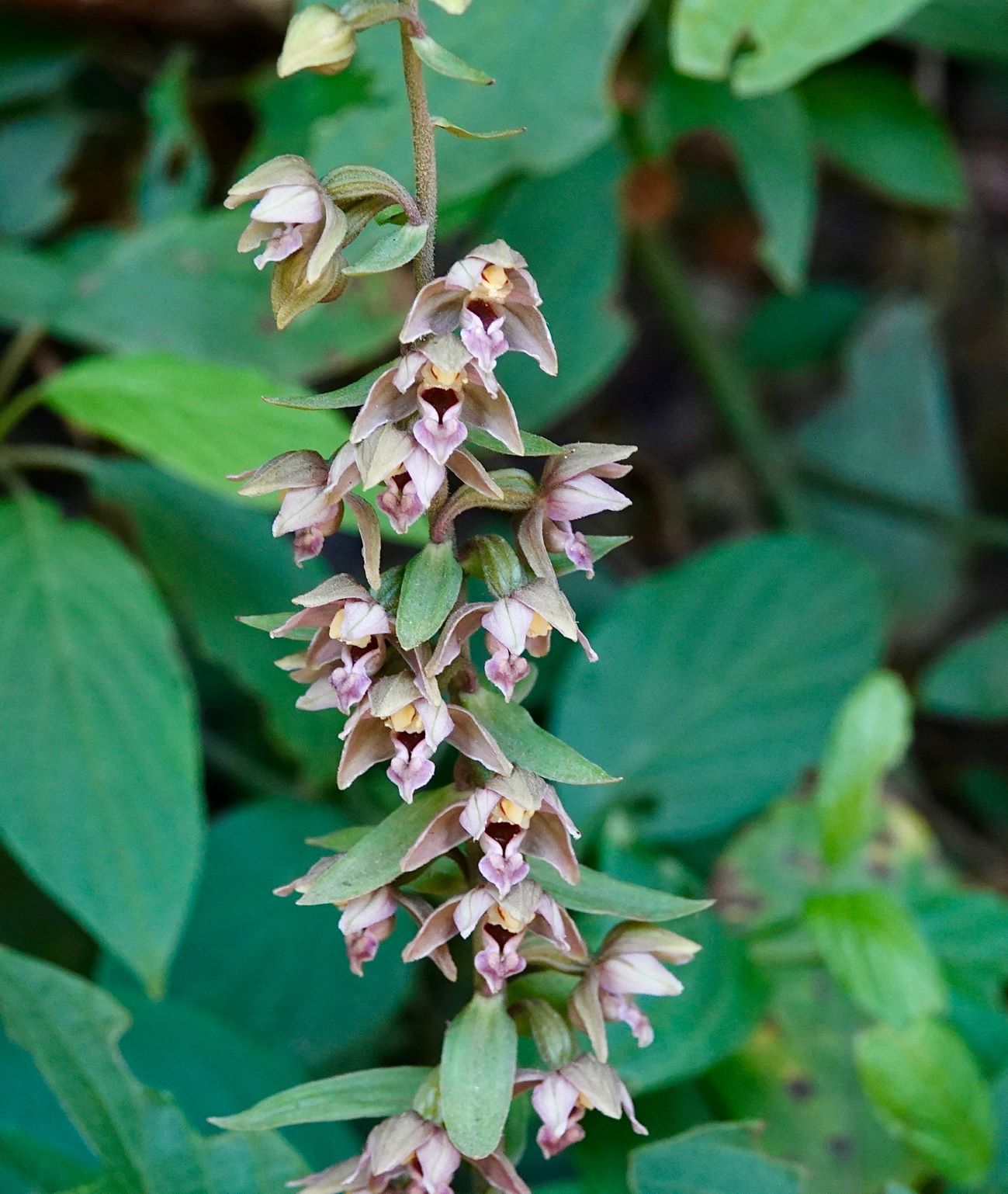 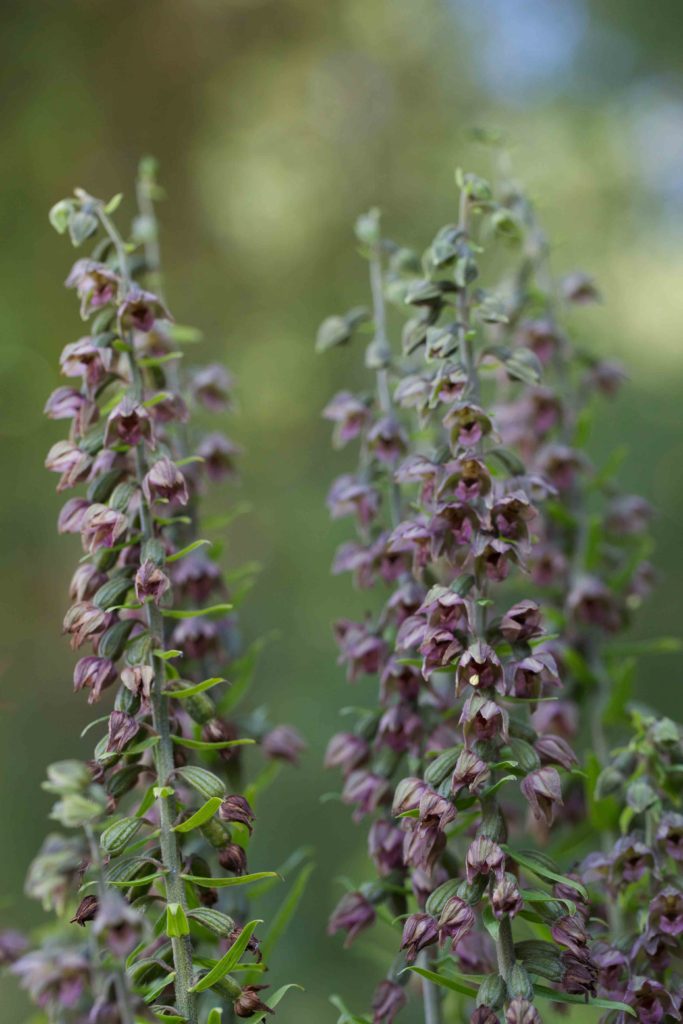 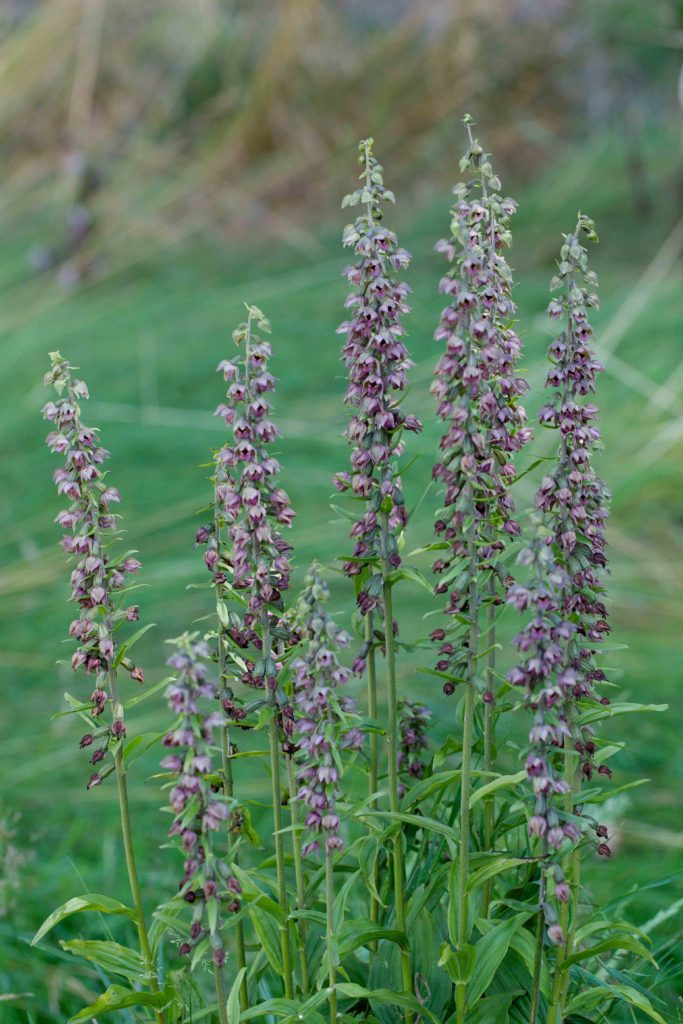 Unmistakable, with its tall spike of creamy-white flowers arranged in a spiral.  Other distinguishing features are the hood formed by the fused upper petals and sepals, and the supposedly violin-shaped lower lip. 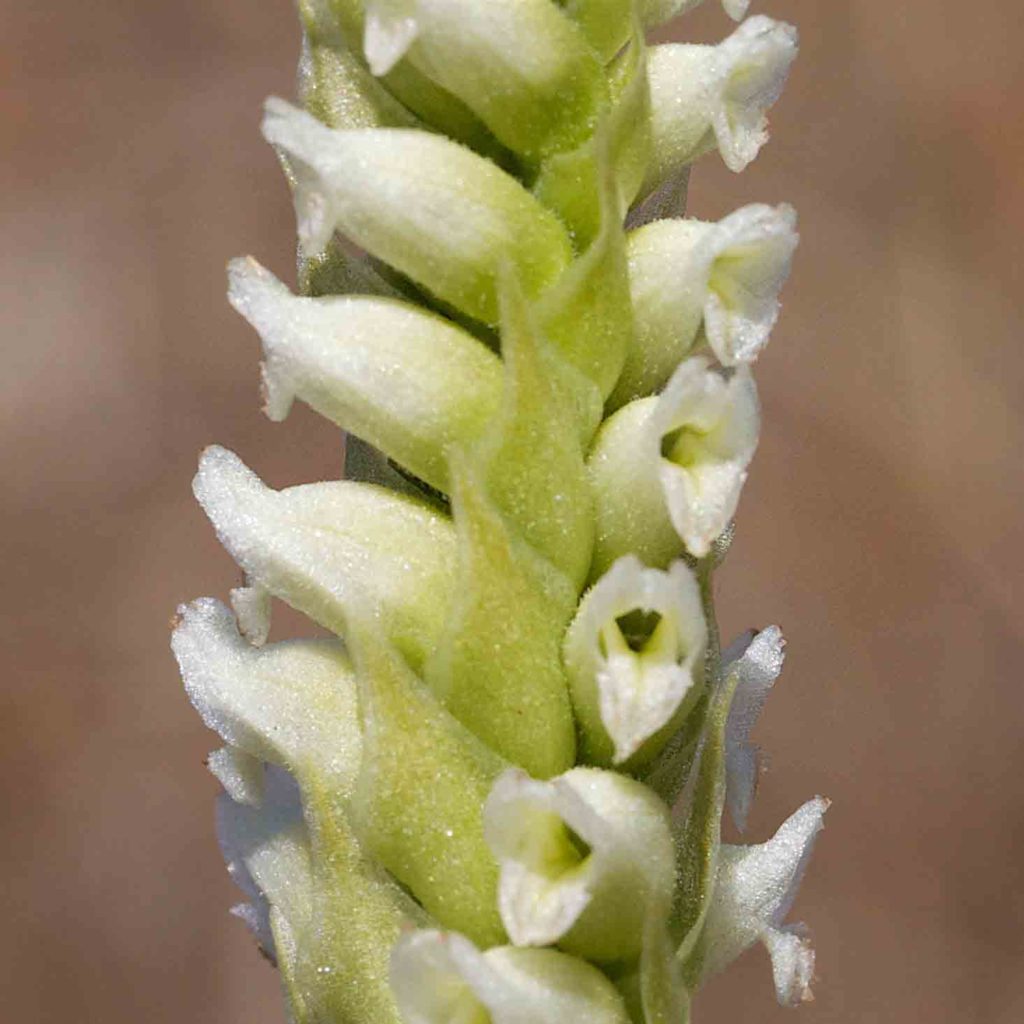 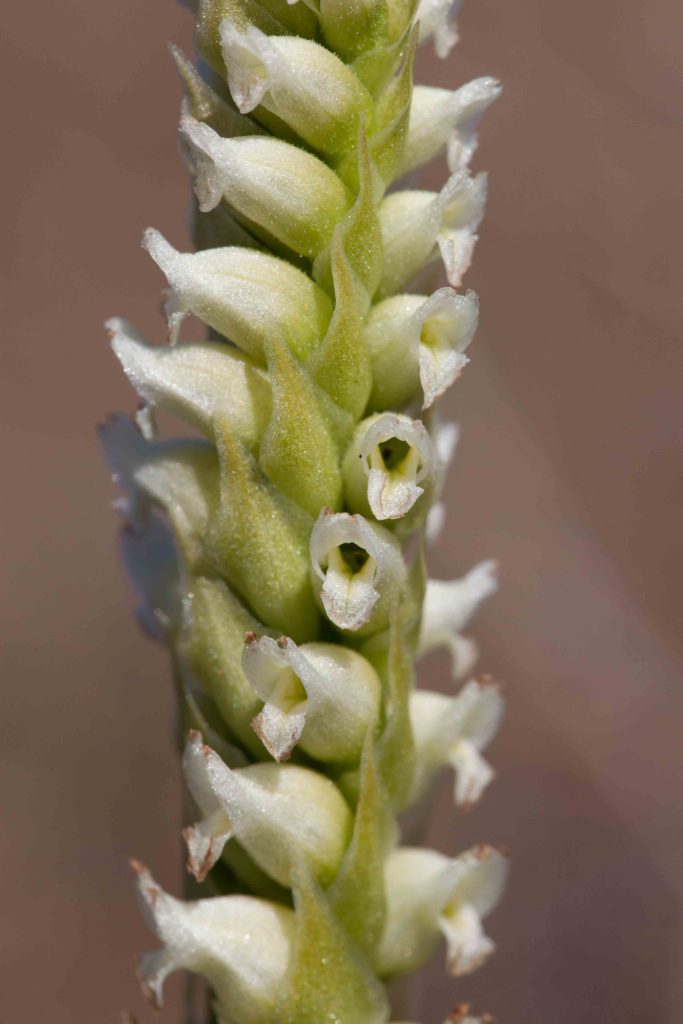 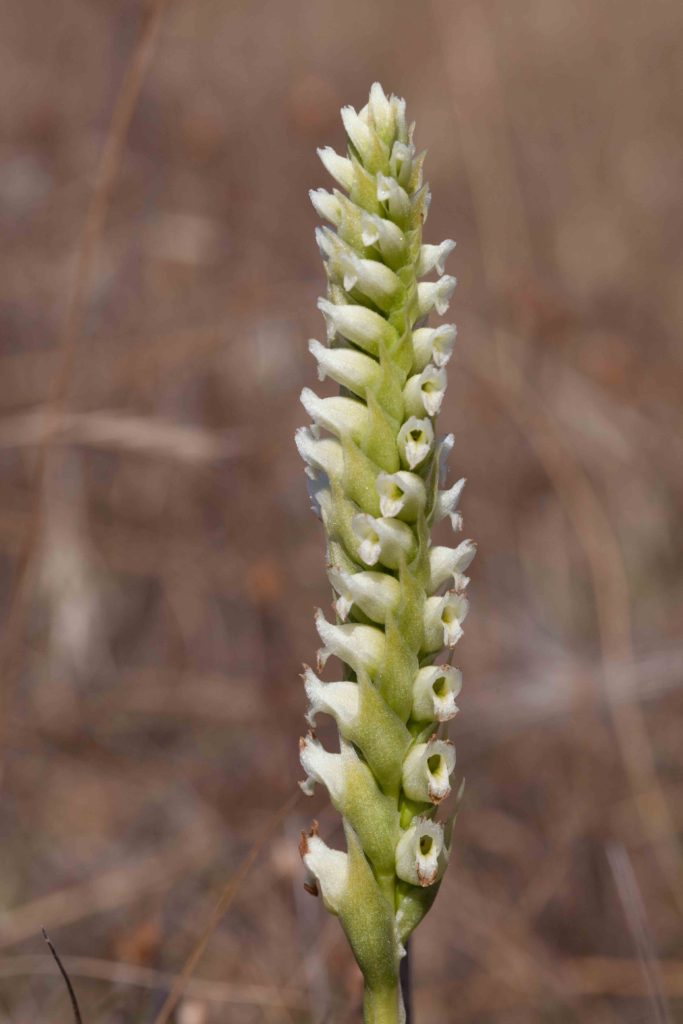 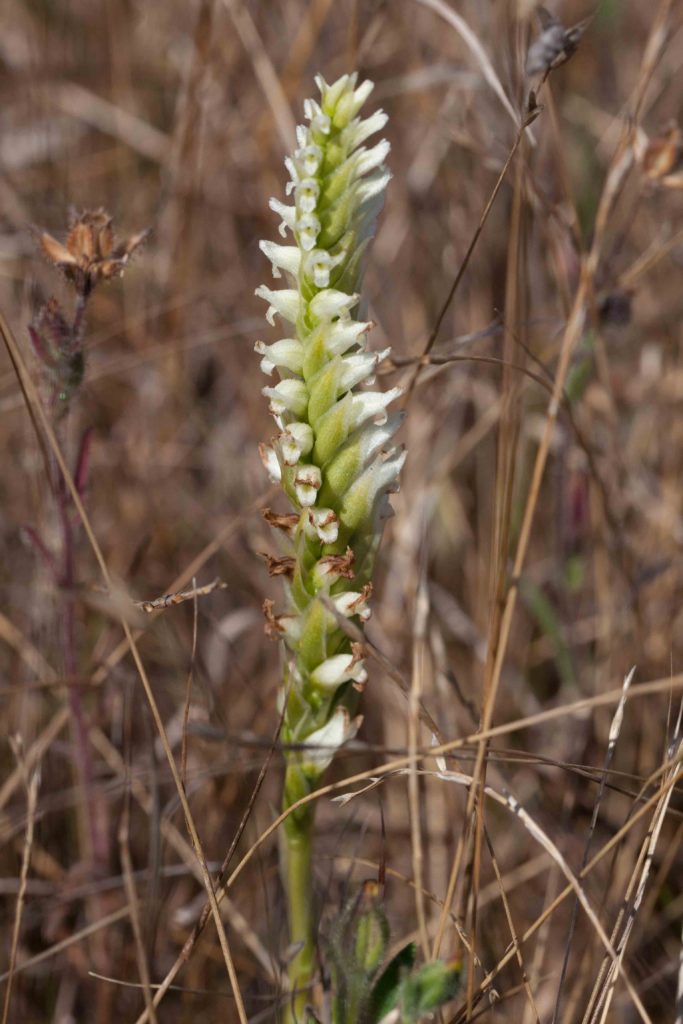