Most members of the Apiaceae (carrot) family are characterized by having their flowers arranged in umbels, i.e. with segments radiating from a single point.  Formerly, the family was called Umbelliferae.  Many have compound umbels, where an umbel contains multiple inflorescences, each of which is an umbel.  Umbels may be rounded, flat-topped or concentrated in head-like structures.  Most members of the family have white flowers.  Notable exceptions are Fennel, Lomatiums, most Sancicles and Tauschia, which have yellow flowers.  This page shows plants found under or near trees.  Many of the leaves look similar, so look closely for differences in the fruits.

Can be mistaken for Poison Hemlock (Conium maculatum).  But this plant is smaller, its leaves are more feathery, and without the red blotches on the stems.  Note the ovoid fruit which have a beak about 1/3 of the body length, and small hooks which give the plant its common name. 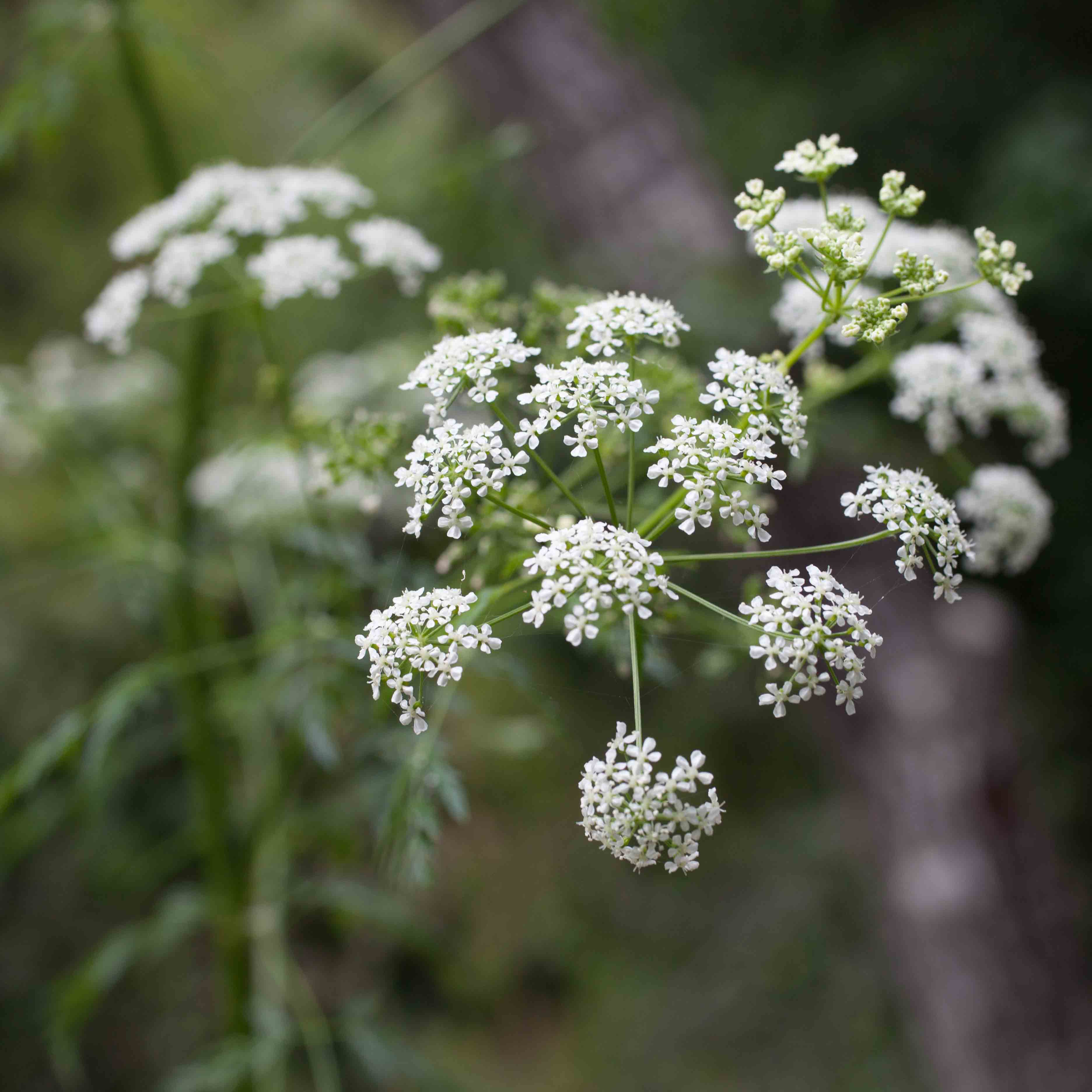 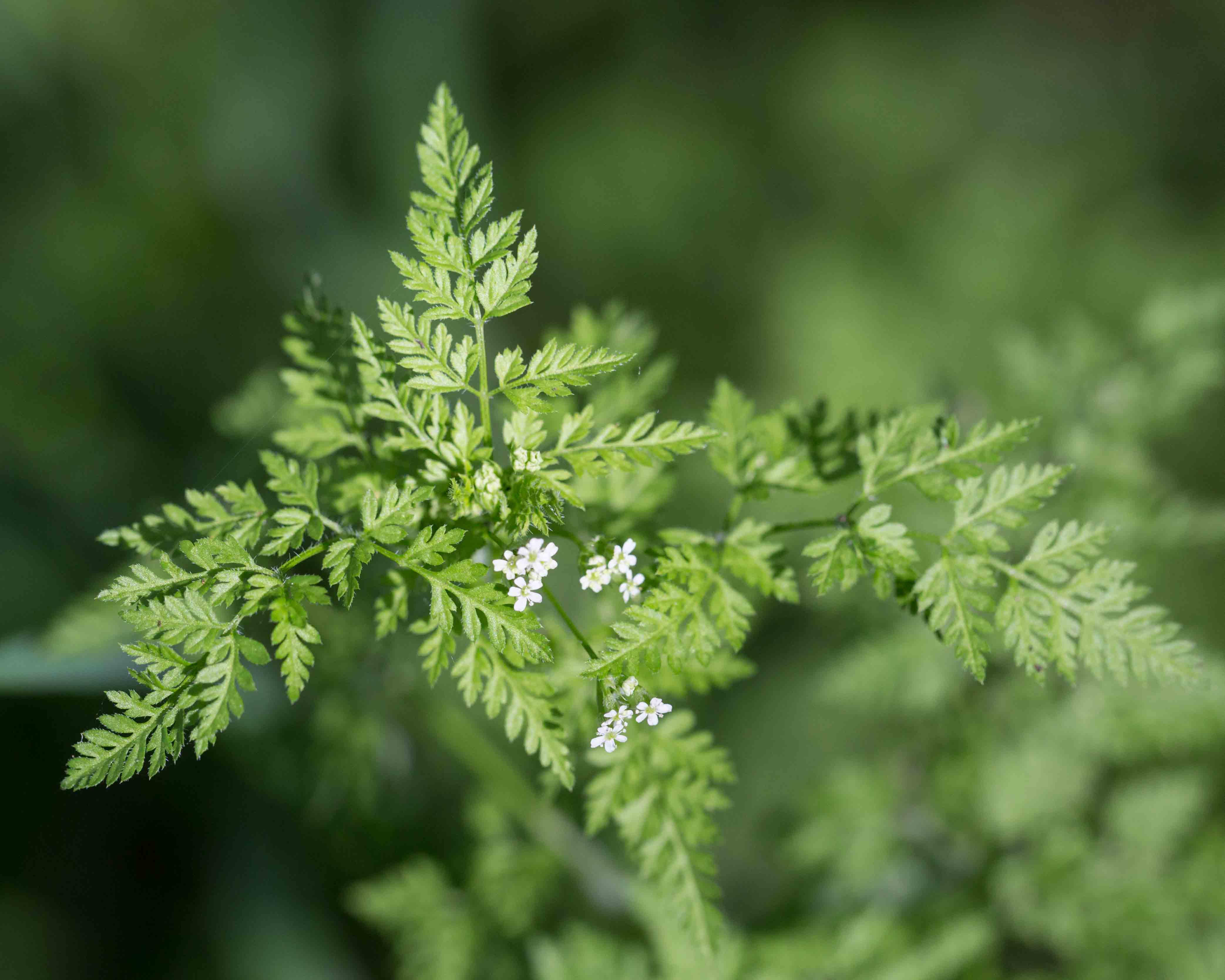 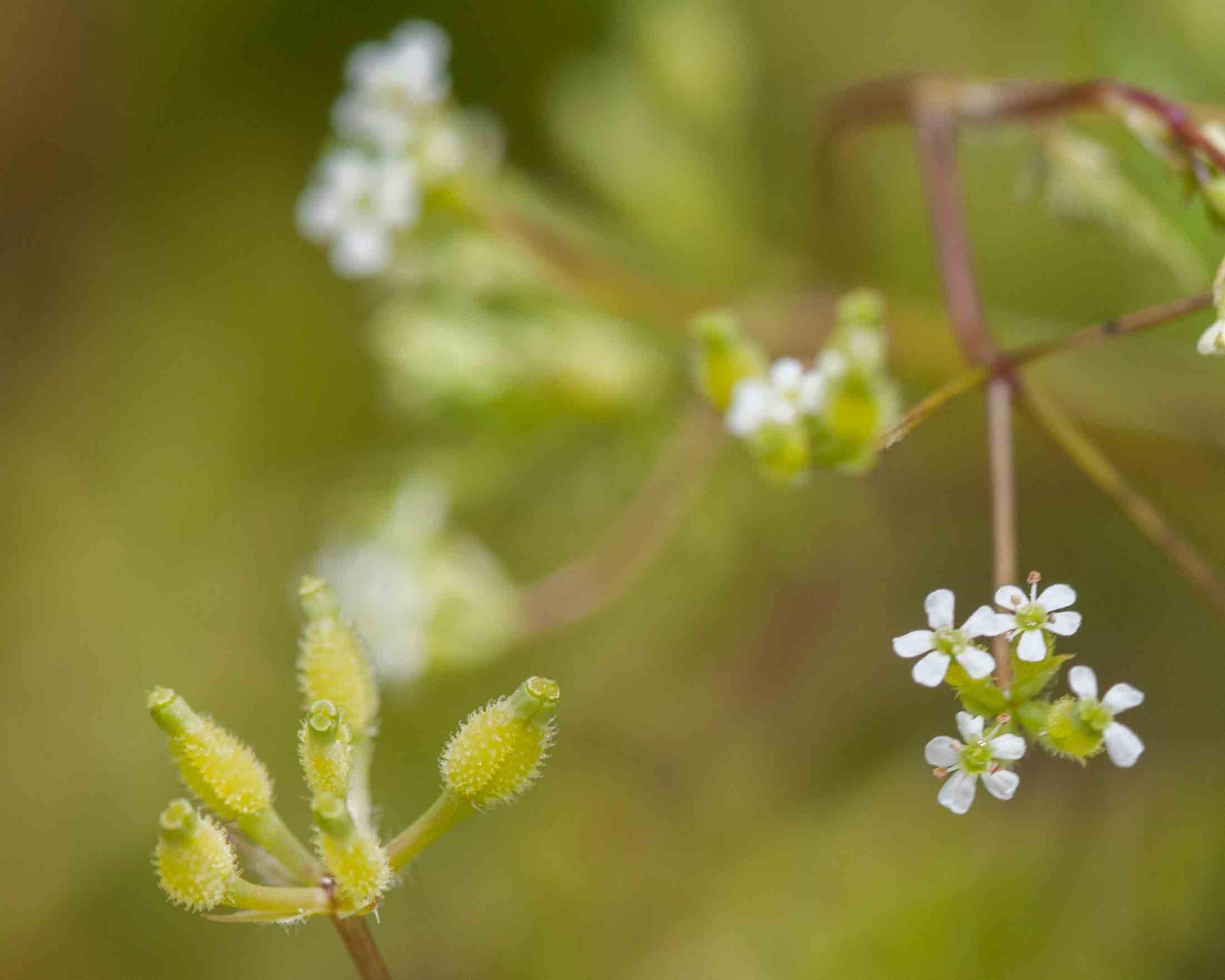 This small, inconspicuous plant has tiny flowers.  It has distinctive, slightly geranium-like leaves and weak trailing stems. Fruits are up to 2 mm across, ovoid/spheric, and inflated. 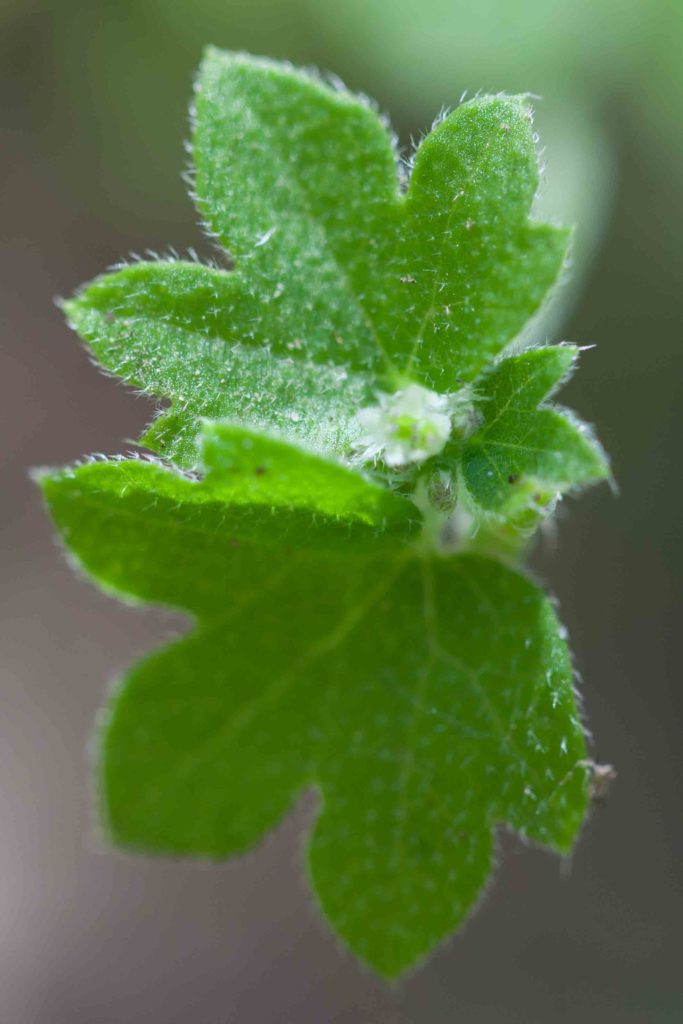 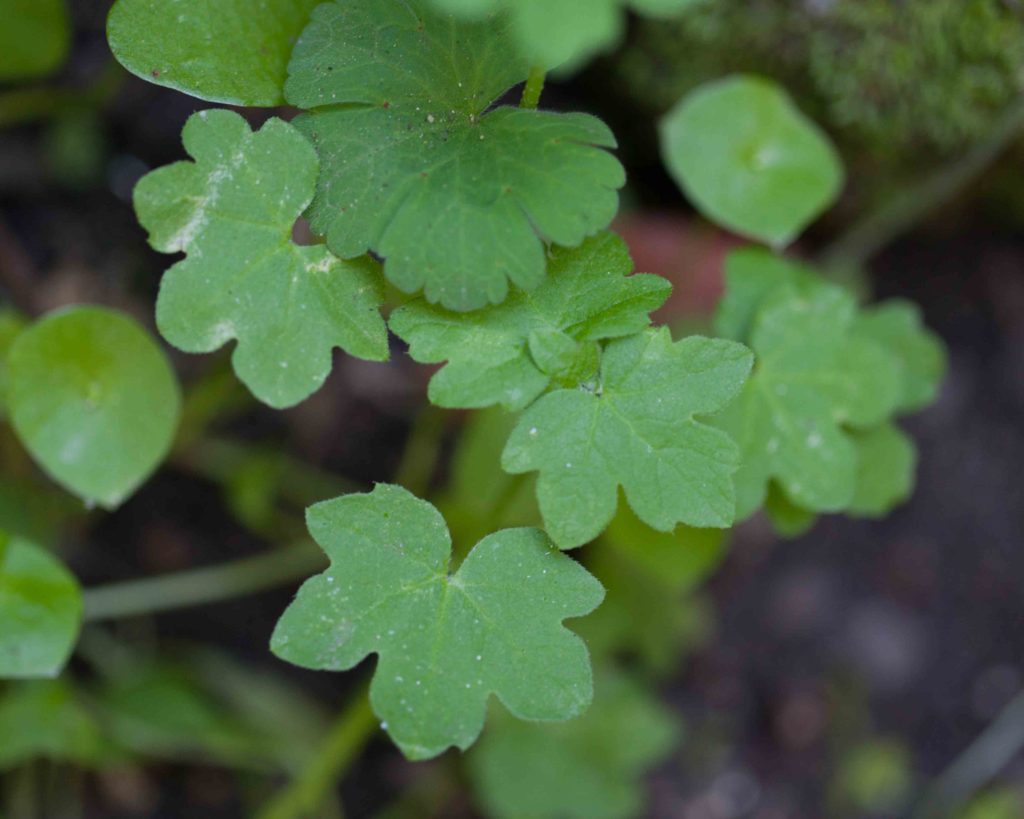 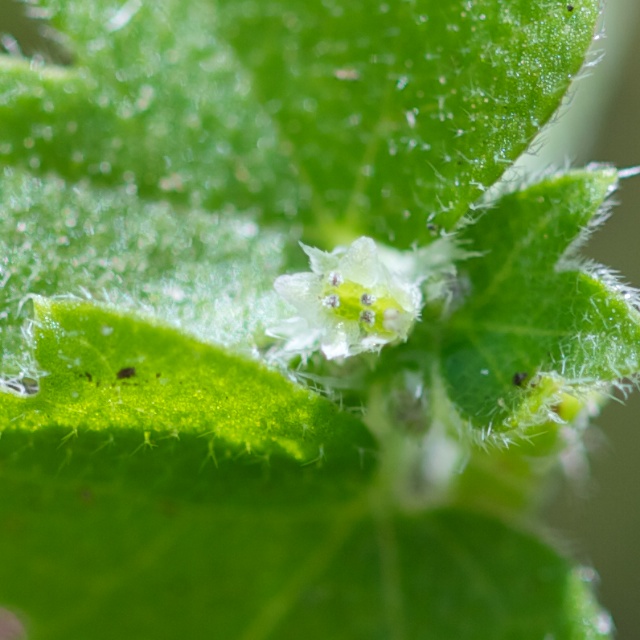 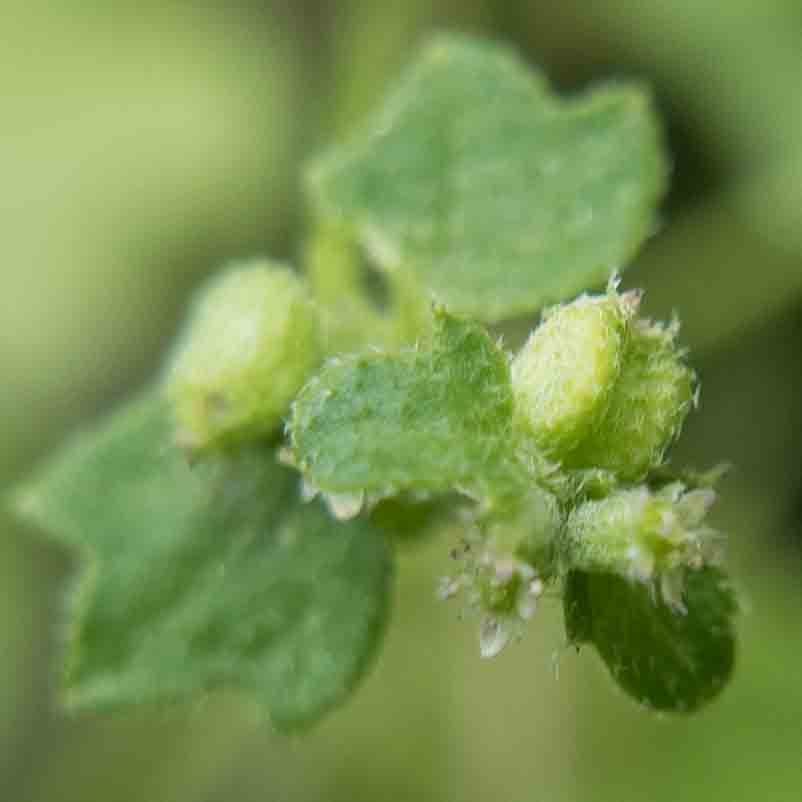 Very common shade-loving plant, which produces a loose umbel of tiny white flowers. Note that there are no bractlets at the base of the flowers/fruits and that the fruits each have a long pedicel. 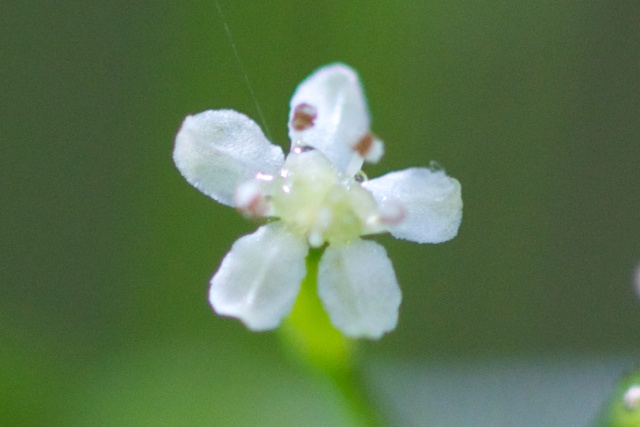 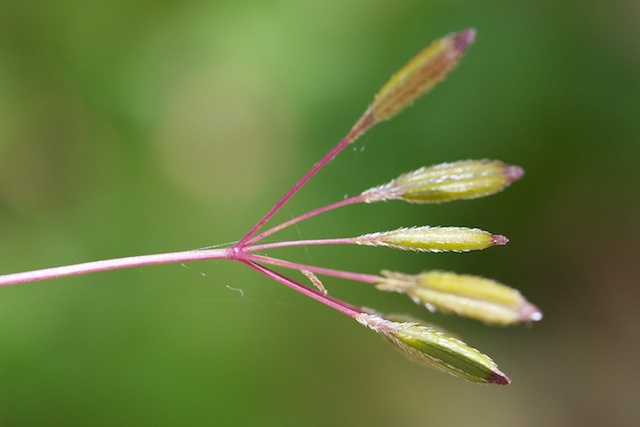 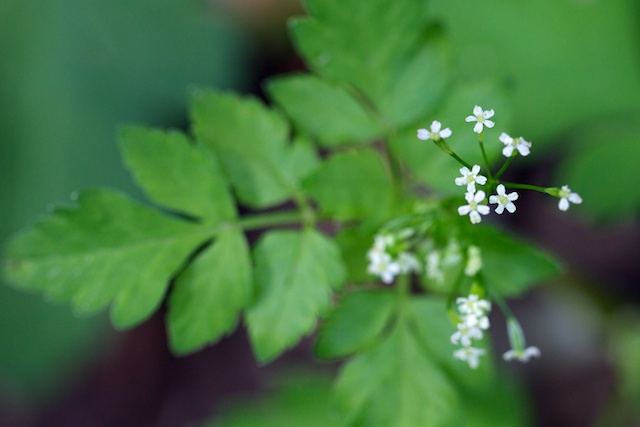 Less common than Wood Sweet Cicely (Osmorhiza berteroi, see above).  The flowers are greenish-yellow, and subtended by noticeable bracts, which remain when the fruits develop.  Note that the pedicels of the fruits are very shor,t and that the fruits themselves are shorter and fatter than those of Wood Sweet Cicely. 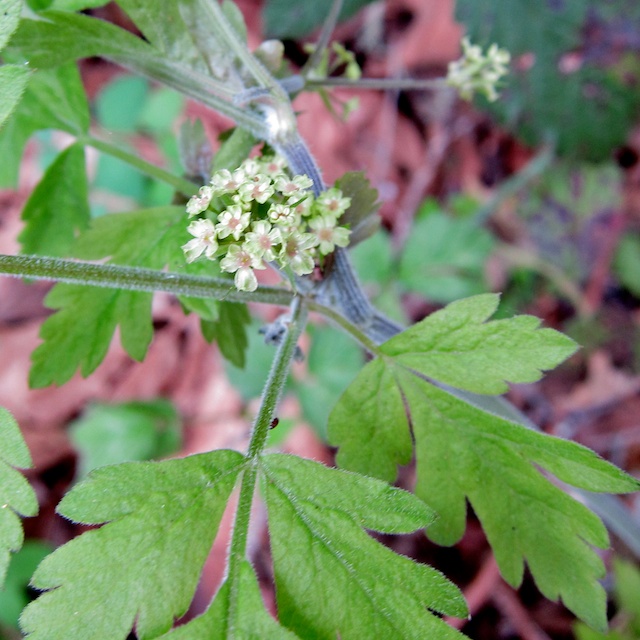 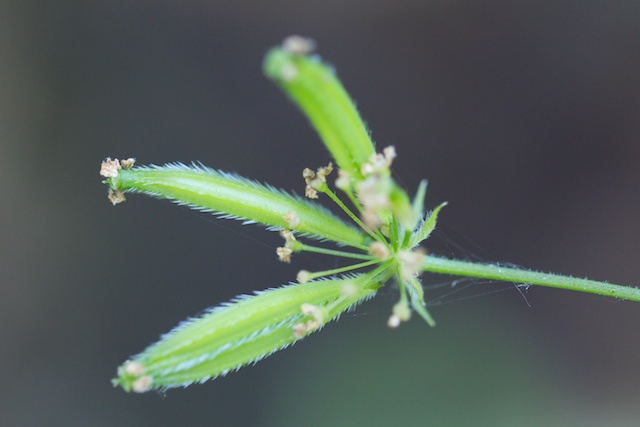 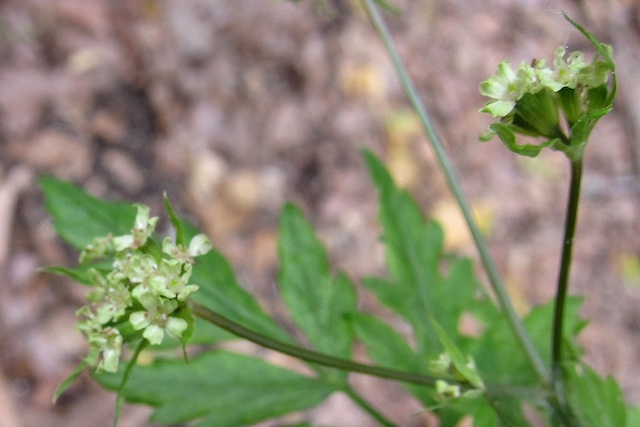 This plant has distinctive leaves, which are finely-dissected similar to parsley.  Note the asymmetrical flowers, with a longer outward-facing petal, and the long fruits which give the plant its common name. 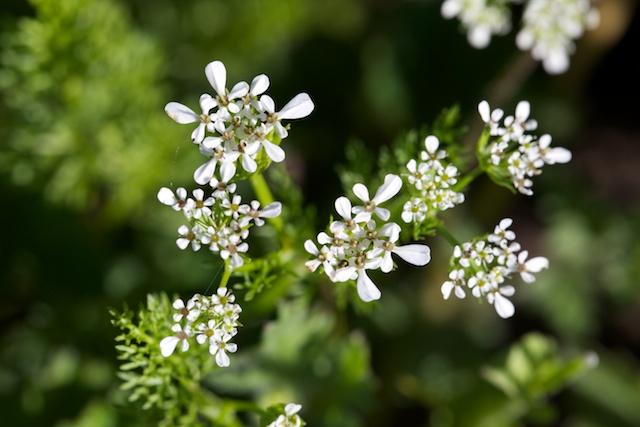 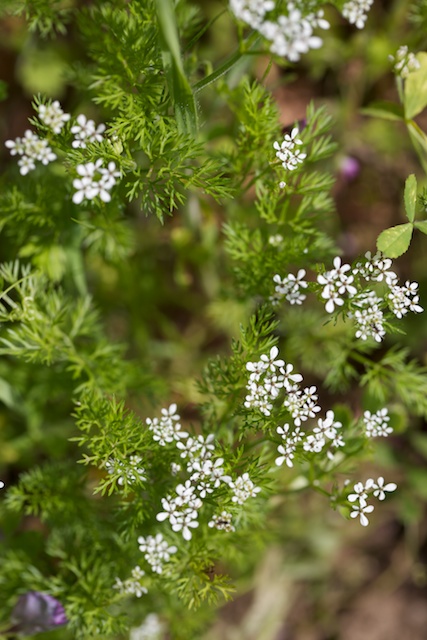 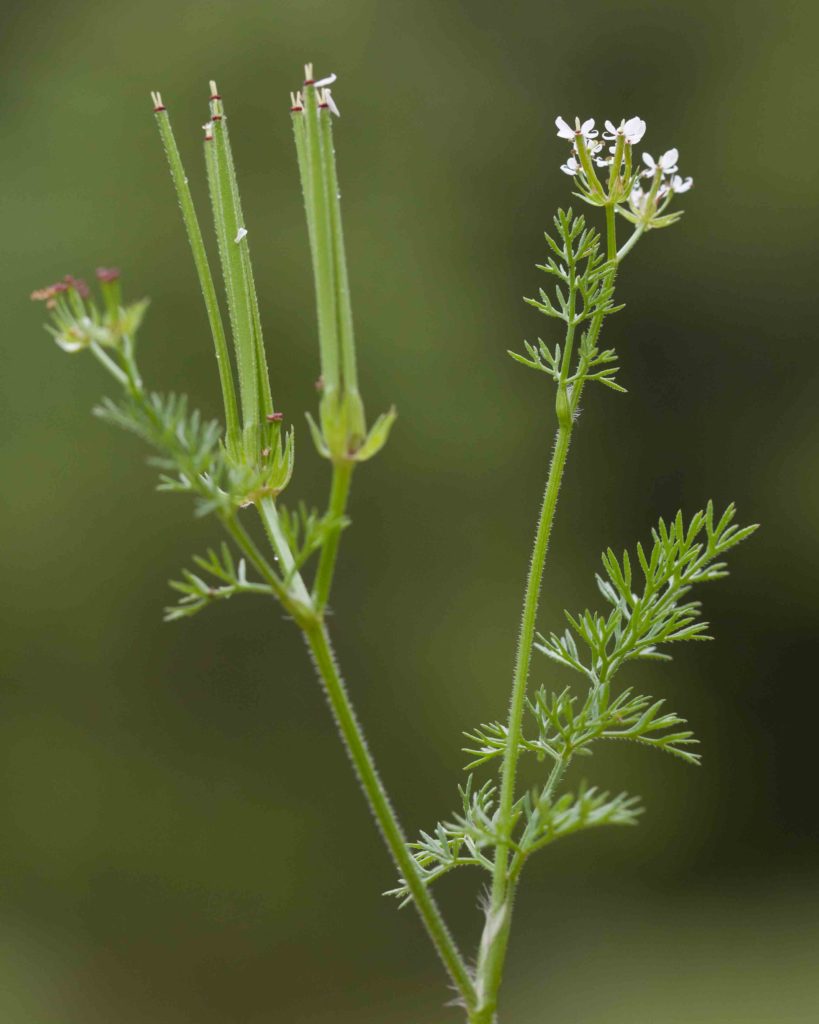 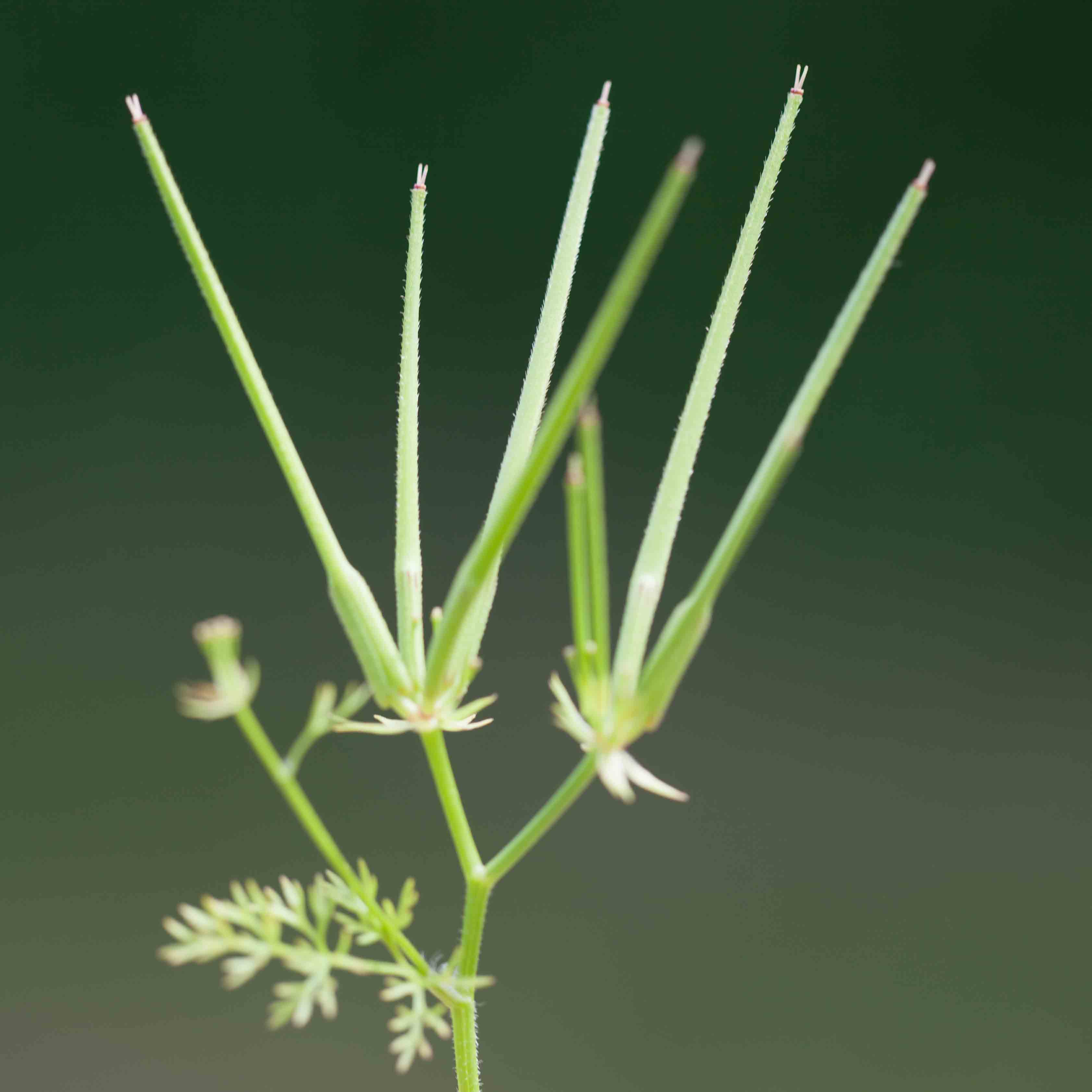 Easily confused with Bur Chervil (Anthriscus caucalis, see above).  This plant’s leaves tend to be narrower, the inflorescence is smaller, the flowers can sometimes be pinkish, and the hairs on the fruits are noticeably longer on one side of the fruit. Sometimes known — for good reason — as Tall Sock Destroyer. 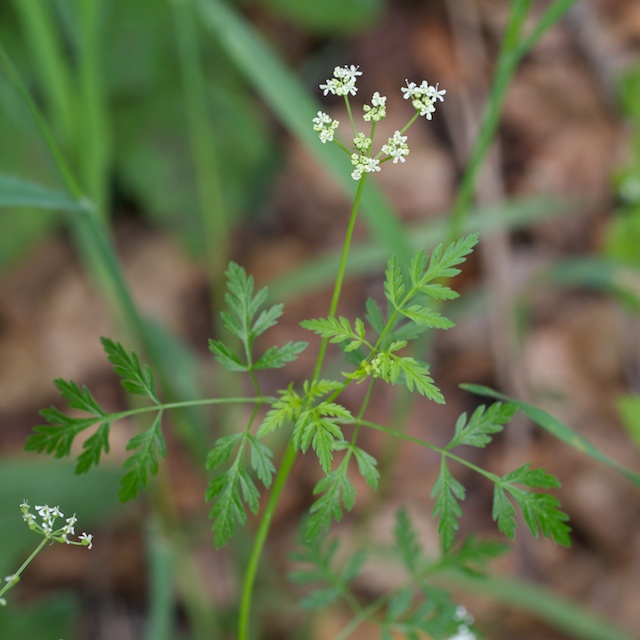 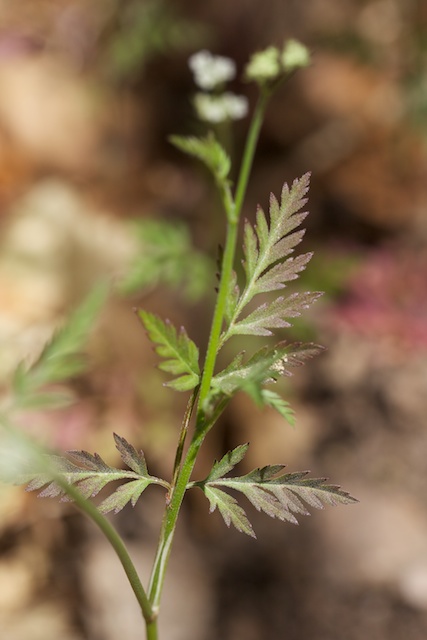 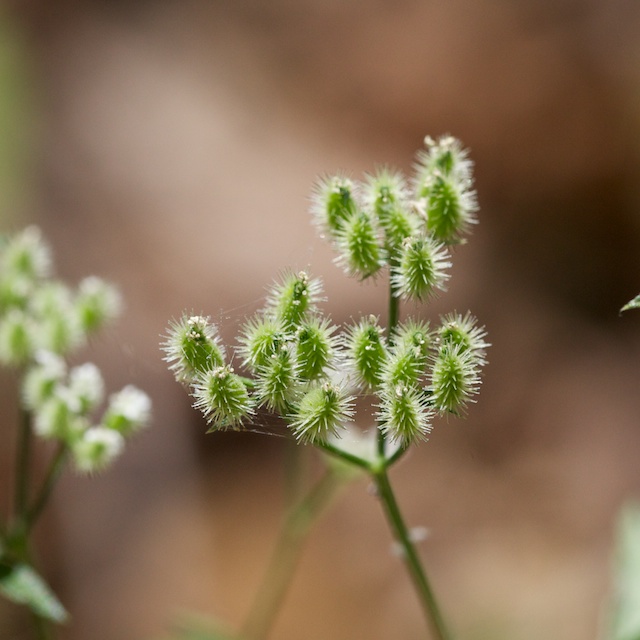 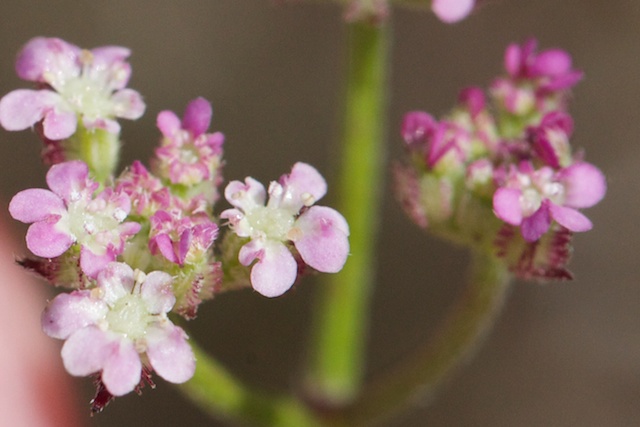 The plant is similar in appearance to Field Hedge-parsley (Torilis arvensis, see above).  However, its inflorescence appears in sessile clusters in the nodes of the stems, and the fruits are bristly on only one side, the other side being smooth or pimply. Sometimes known as “Short Sock Destroyer”. 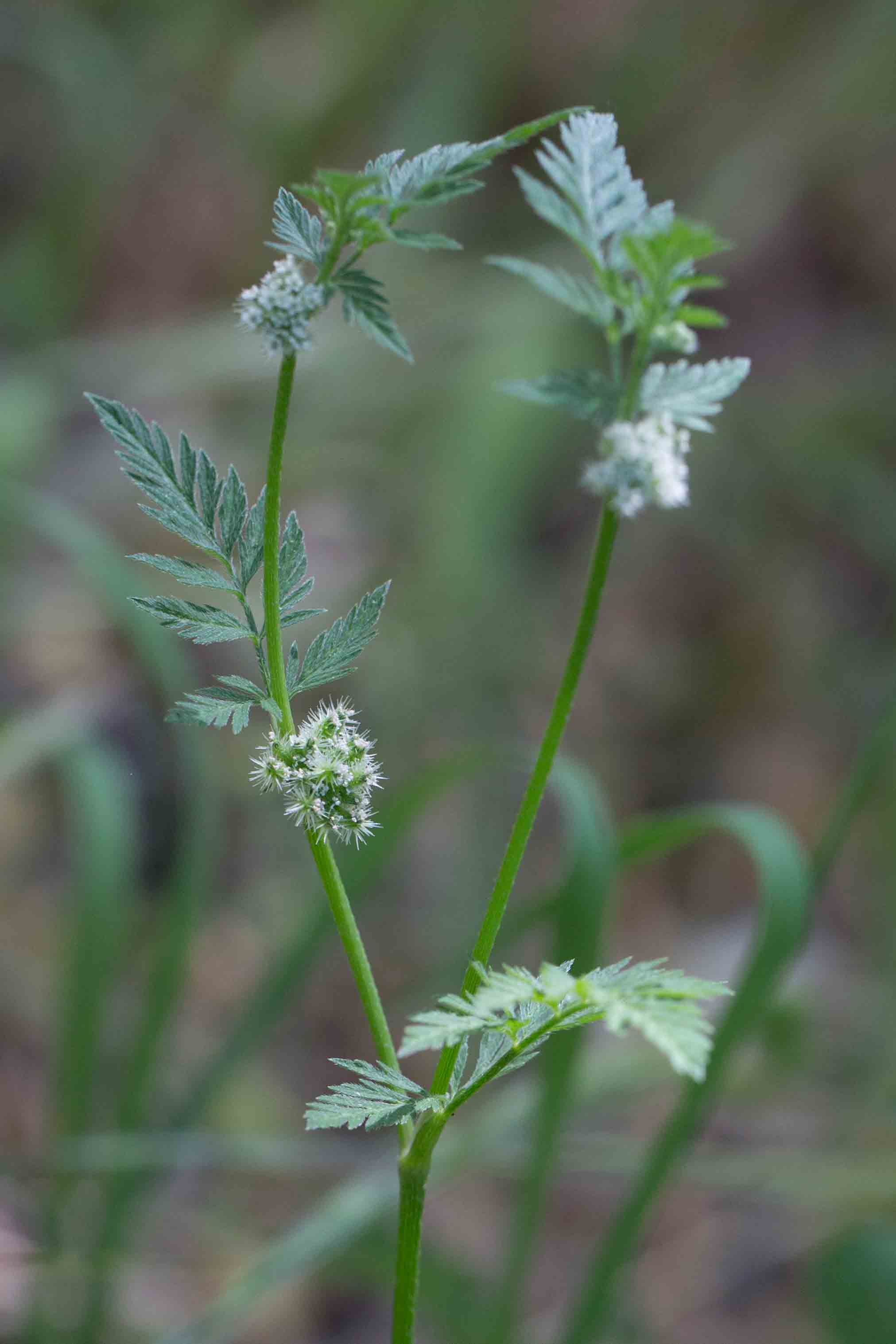 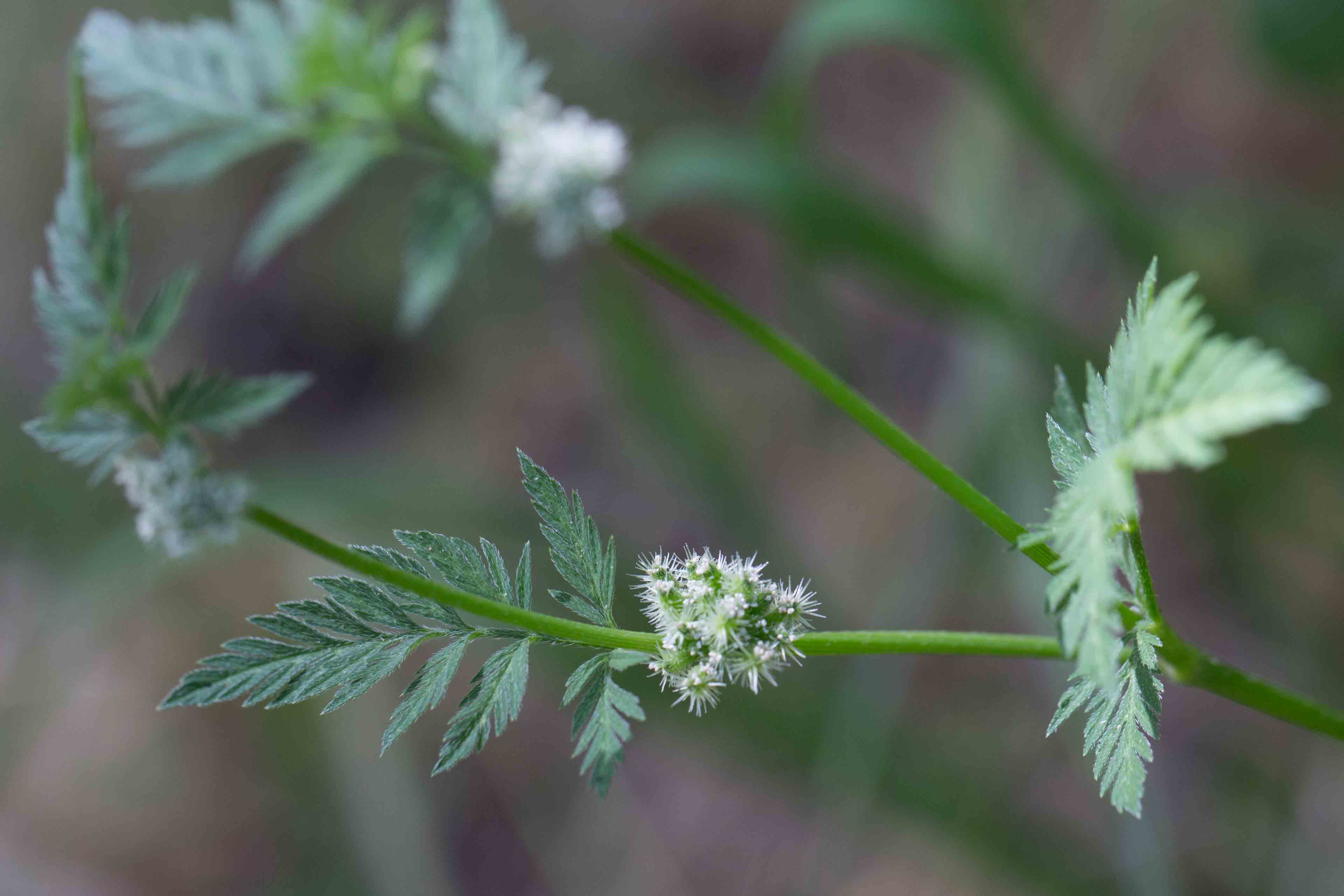 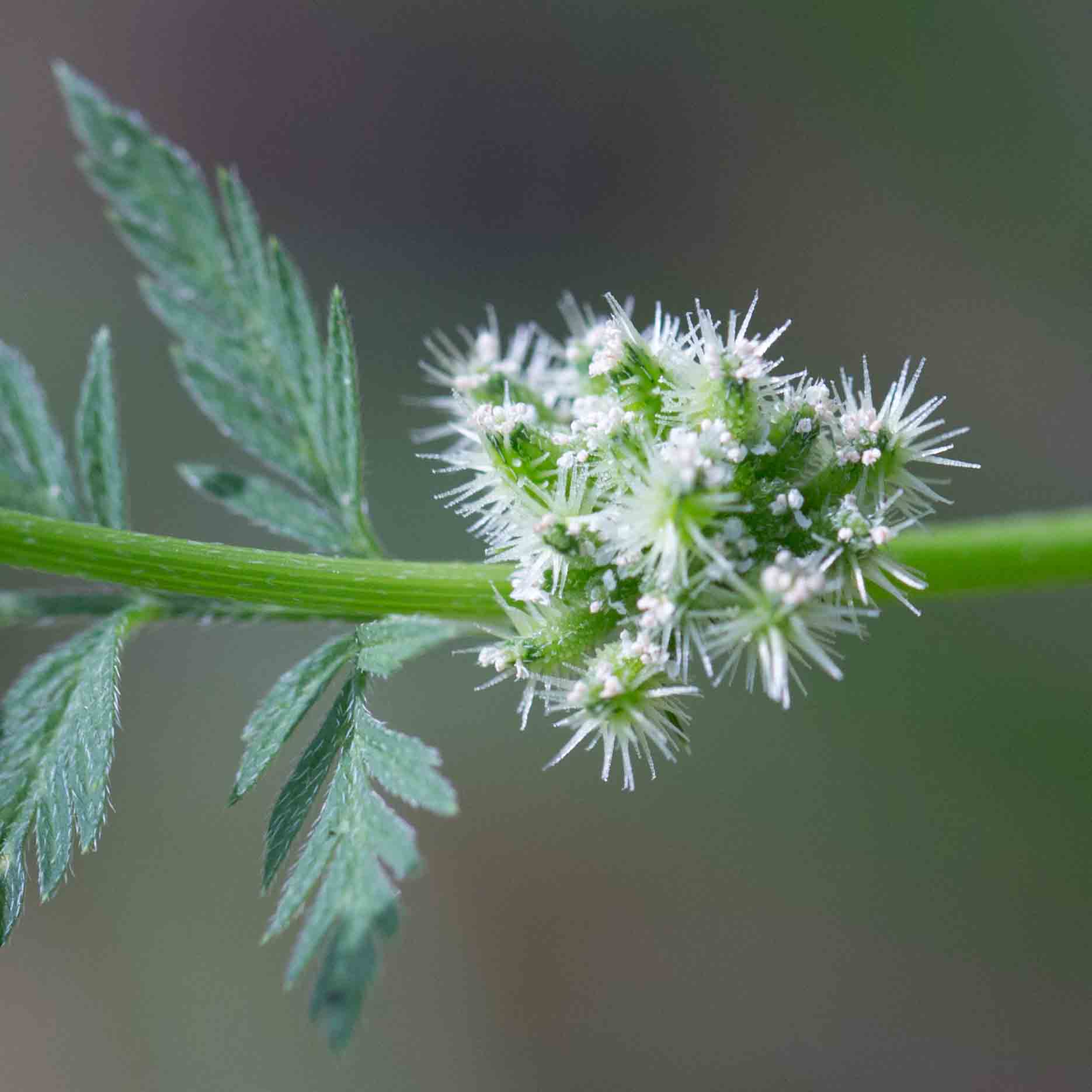 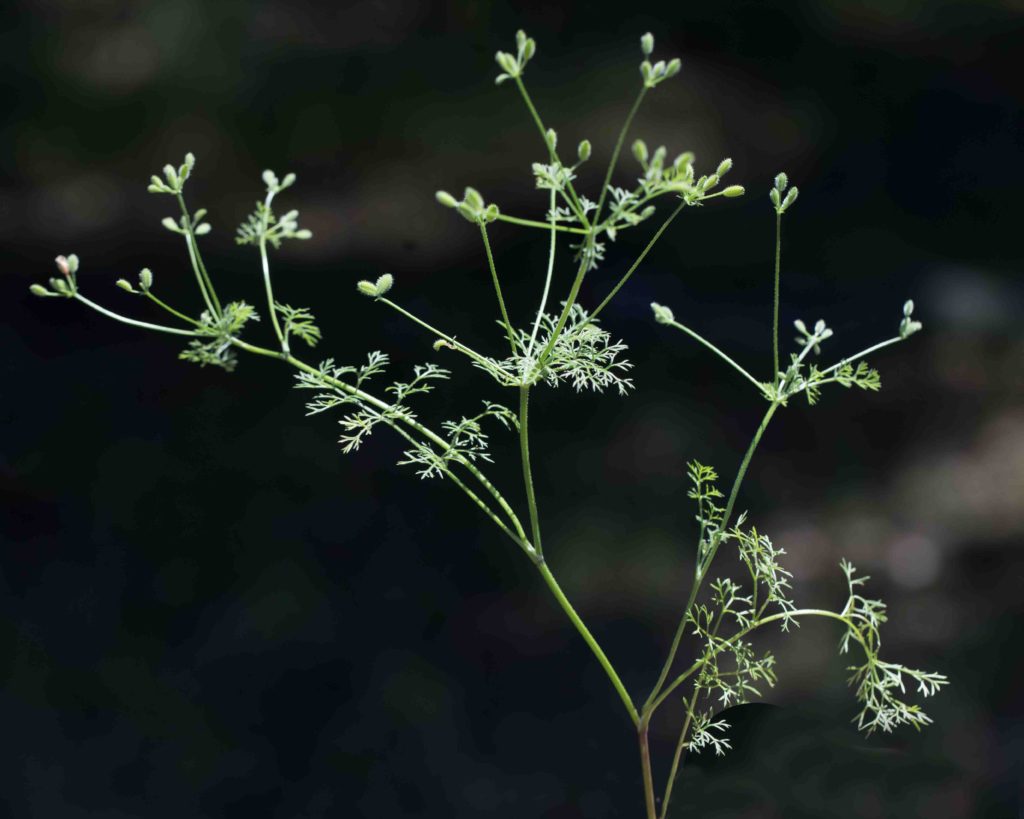 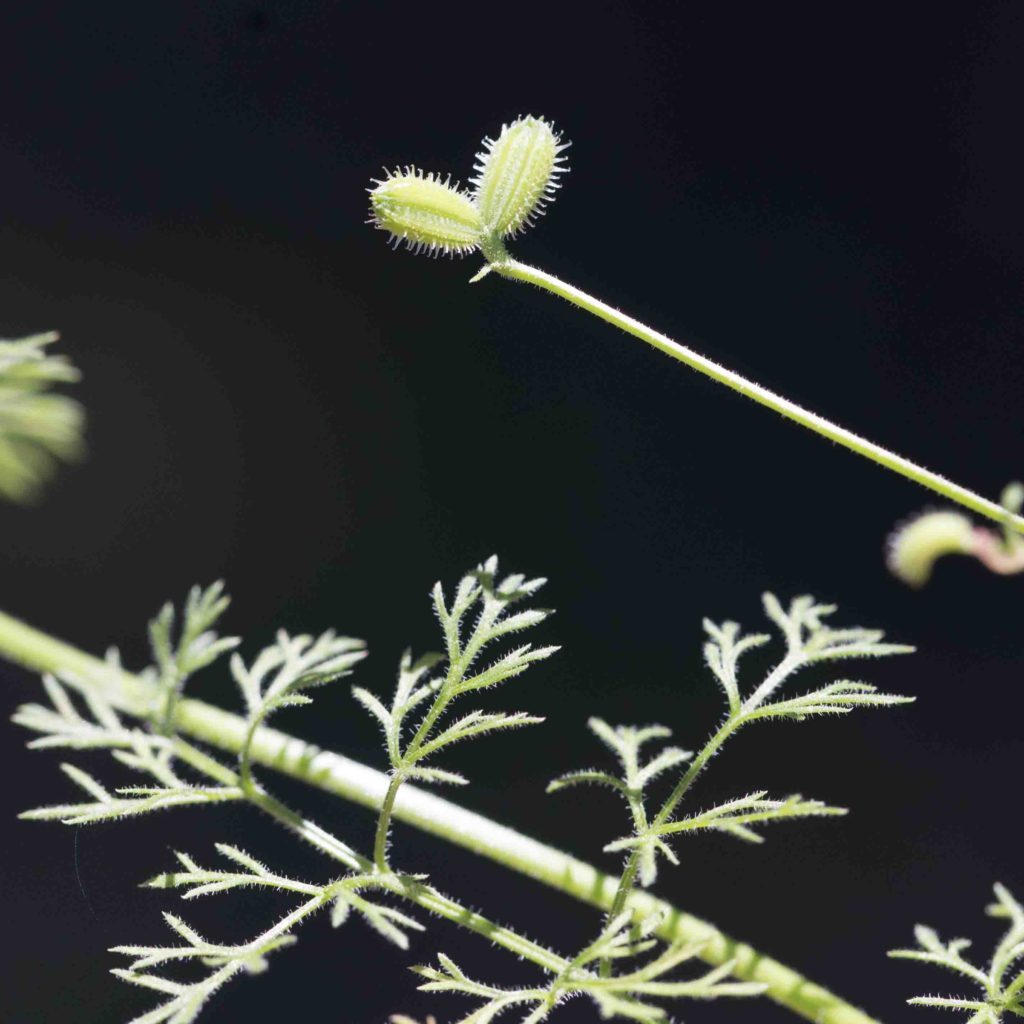 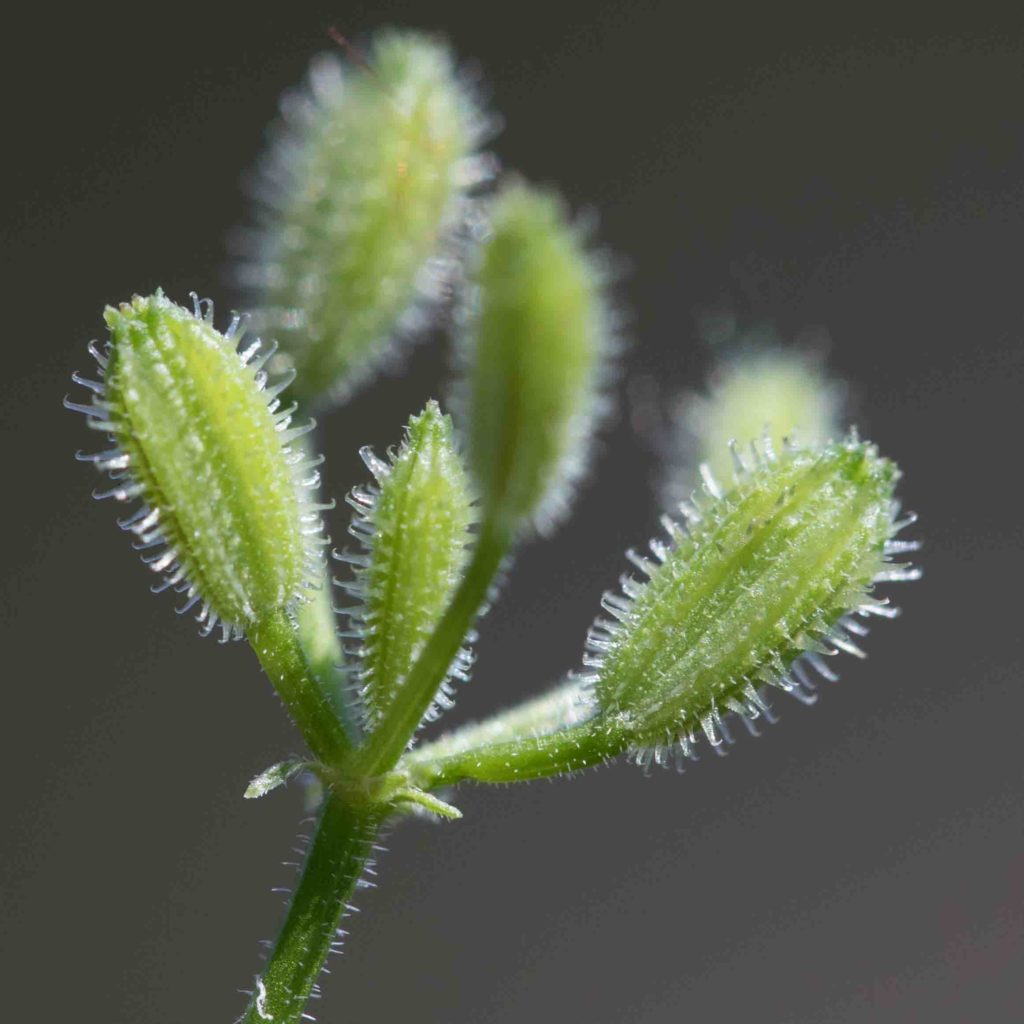