The Sunflower family is a very large family with over 25,000 members.  Botanists subdivide the family into a number of tribes, of which 14 are represented in Monterey County.  The Astereae (Aster tribe) includes a diverse range of plants, some of which have clearly daisy-like flowers and others (such as Baccharis) which do not.

This plant is perennial, but not shrubby.  The leaves are slender and willow-like, similar to those of Mule Fat (Baccharis salicifolia subsp. salicifolia, see below).  It is dioecious (separate male and female plants).  The female flowers (photo #3) have noticeably pink phyllaries.  The male flowers (last photo) are whiter and stubbier than the females.  Fruits are glandular and hairy at the tip. 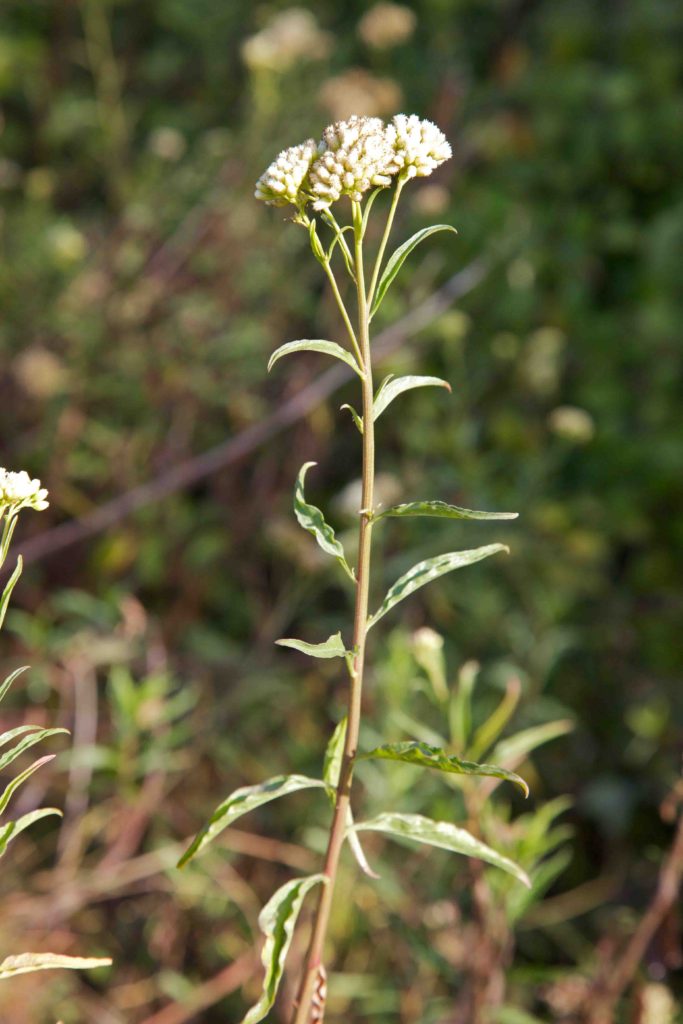 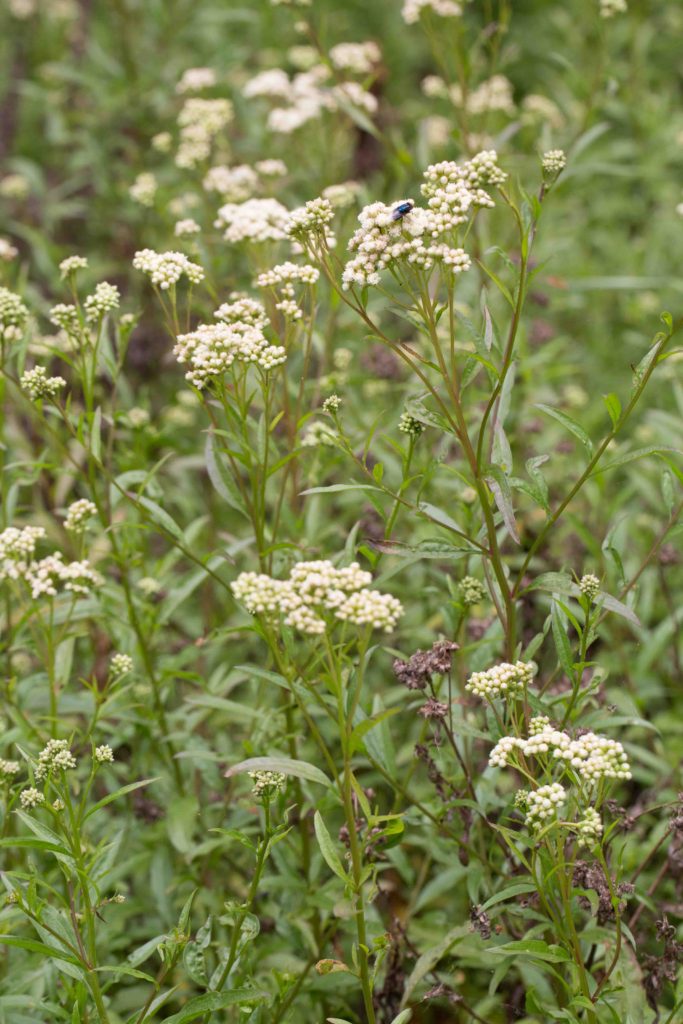 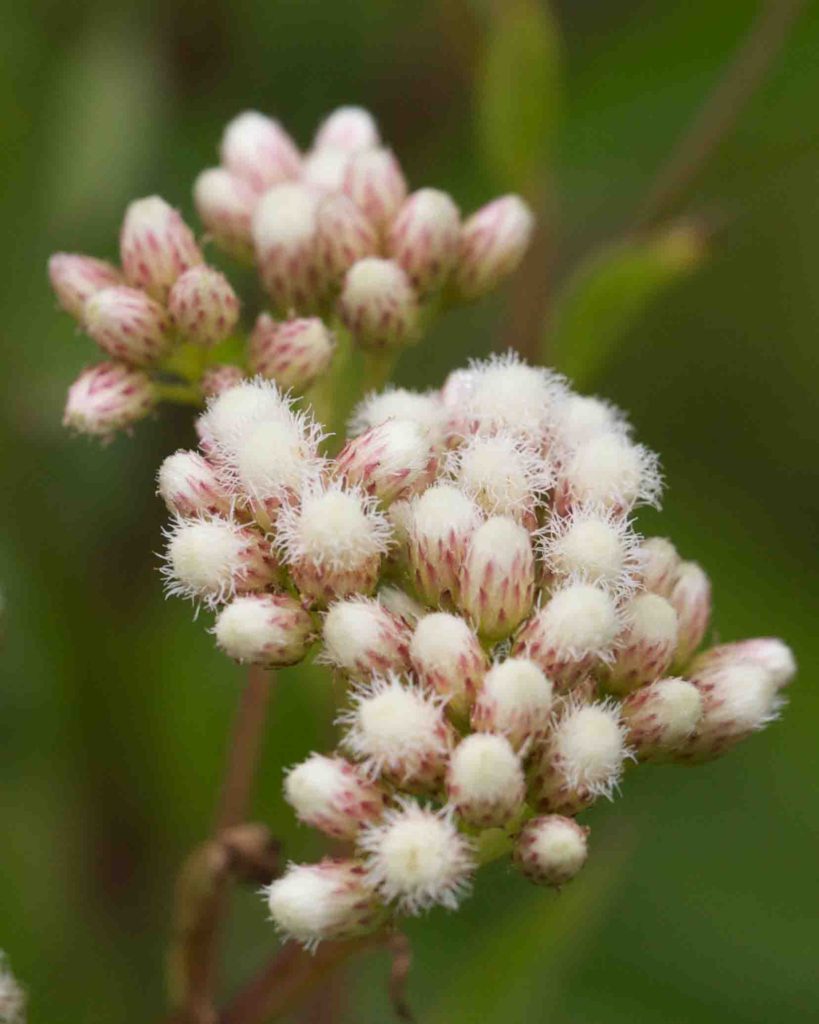 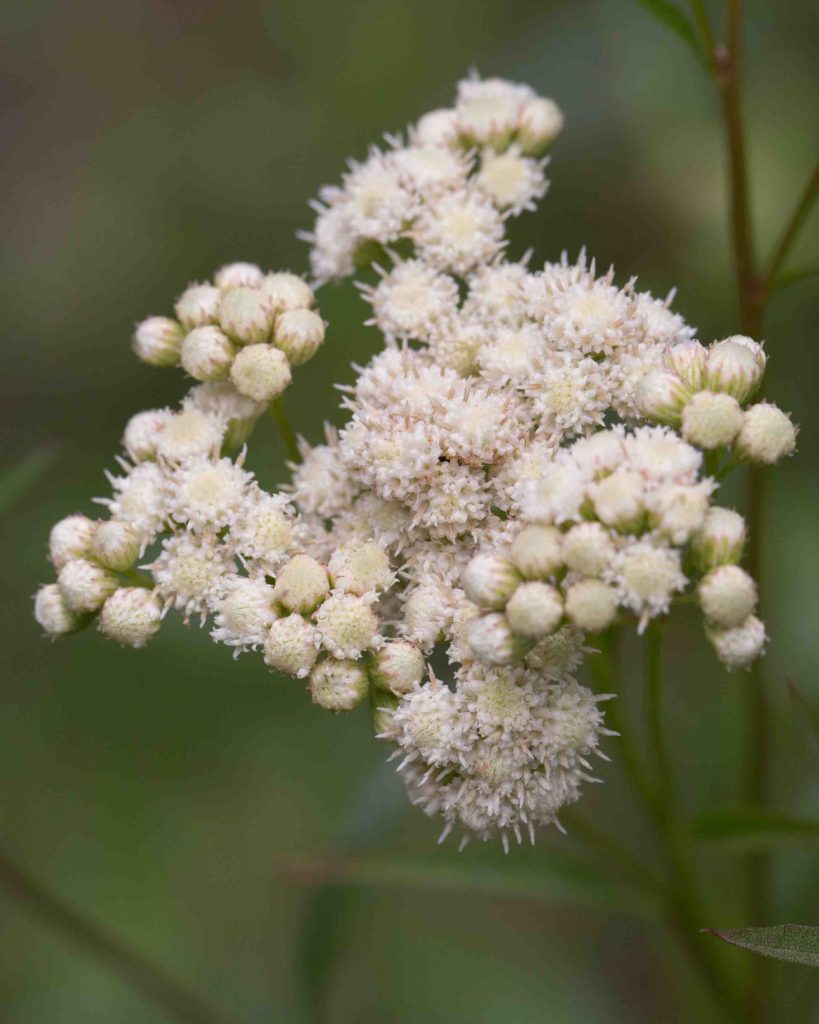 This is an extremely common medium-sized shrub with small, tough leaves.  It is dioecious (separate male and female plants).  The female flowers (photo #3) are white and slender, and the male flowers (last photo) are stubbier, creamy yellow with disk flowers only.  Small growths are often found at or near the tips of young branches; these are galls, although they are often mistaken for flower buds. 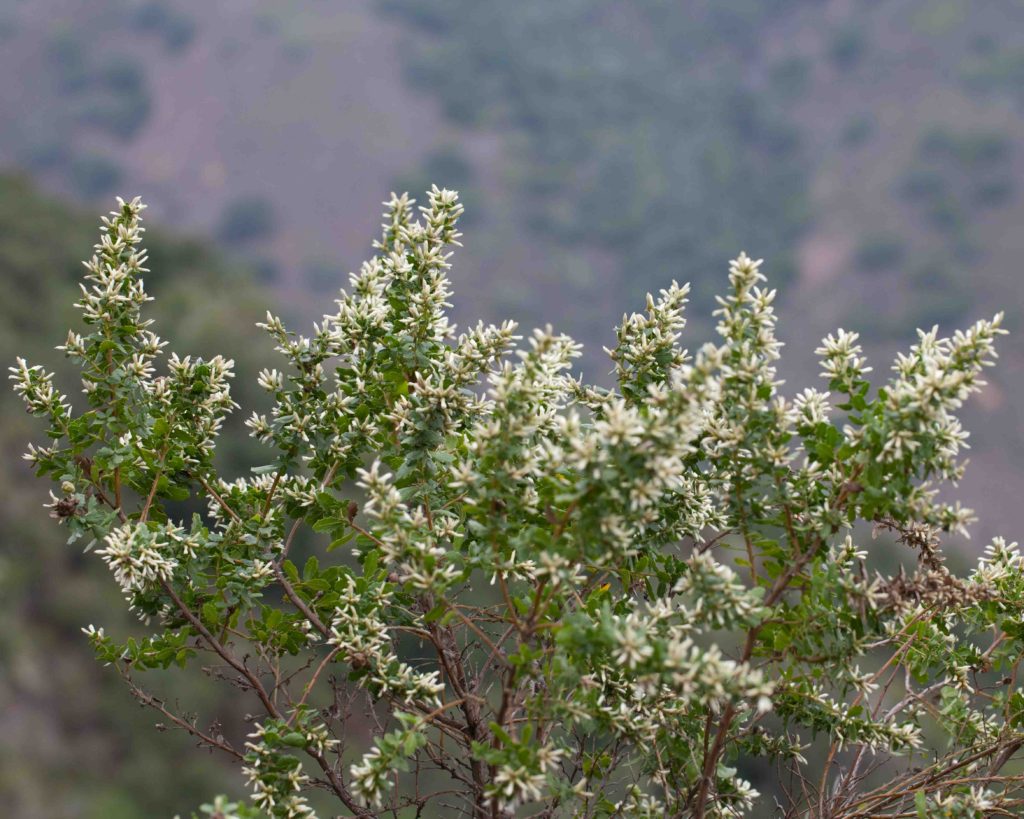 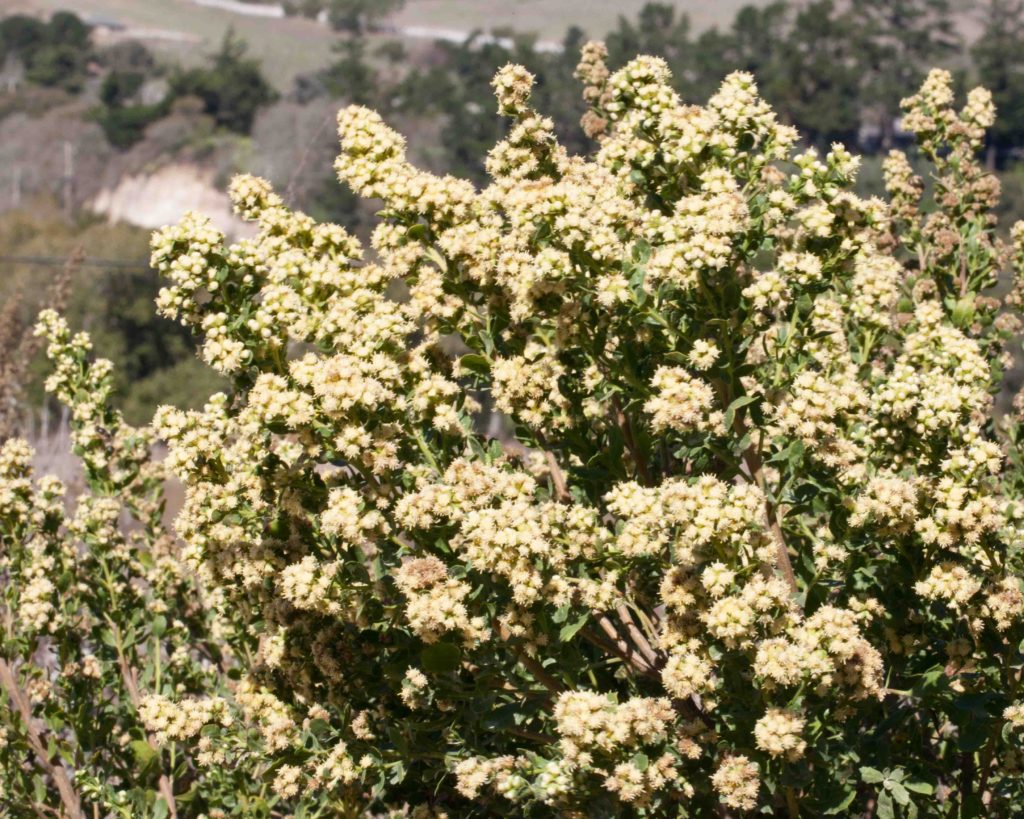 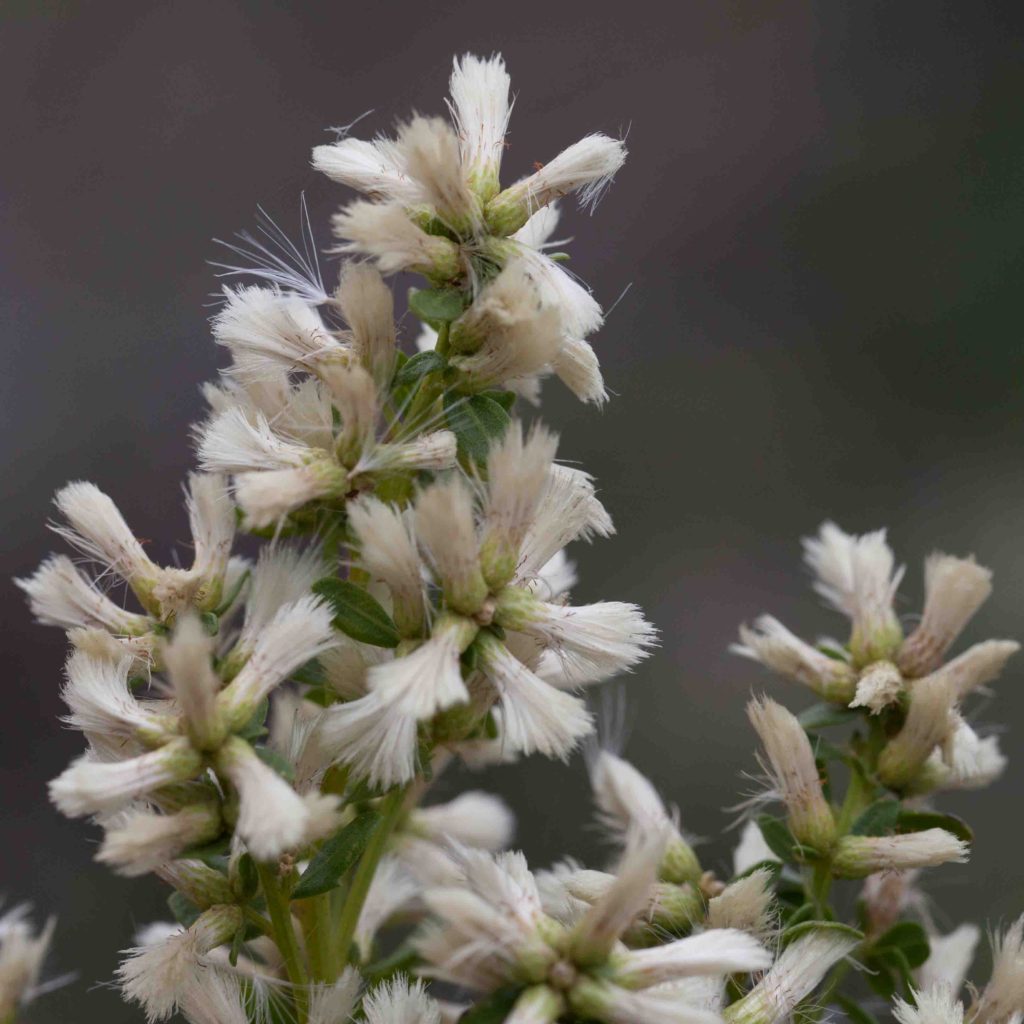 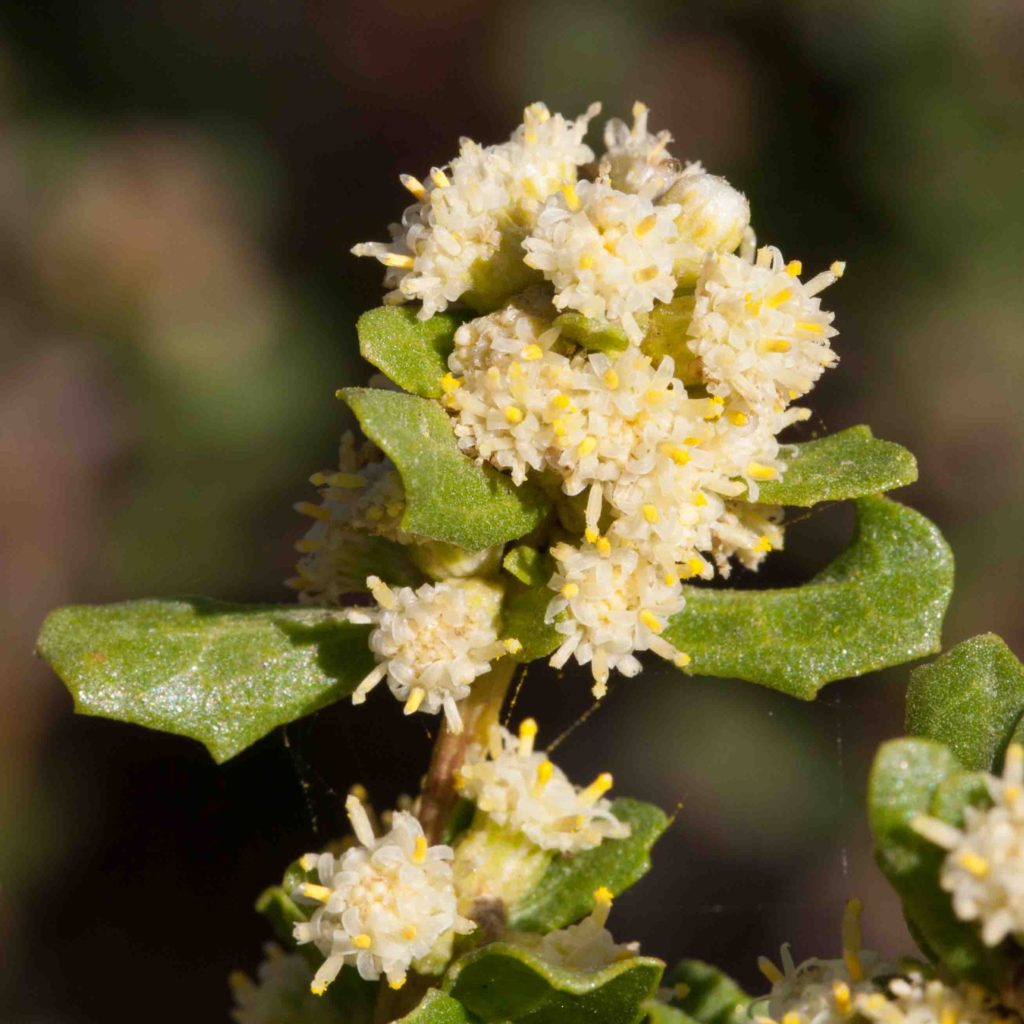 Similar in general appearance to the normal Coyote Brush (subsp. consanguinea, see above).  However, the leaves are smaller (5–15 mm as against 15–40 mm), the growth habit is prostrate to mat-forming, and the branches are more flexible, with the branchlets mostly turned to one side. 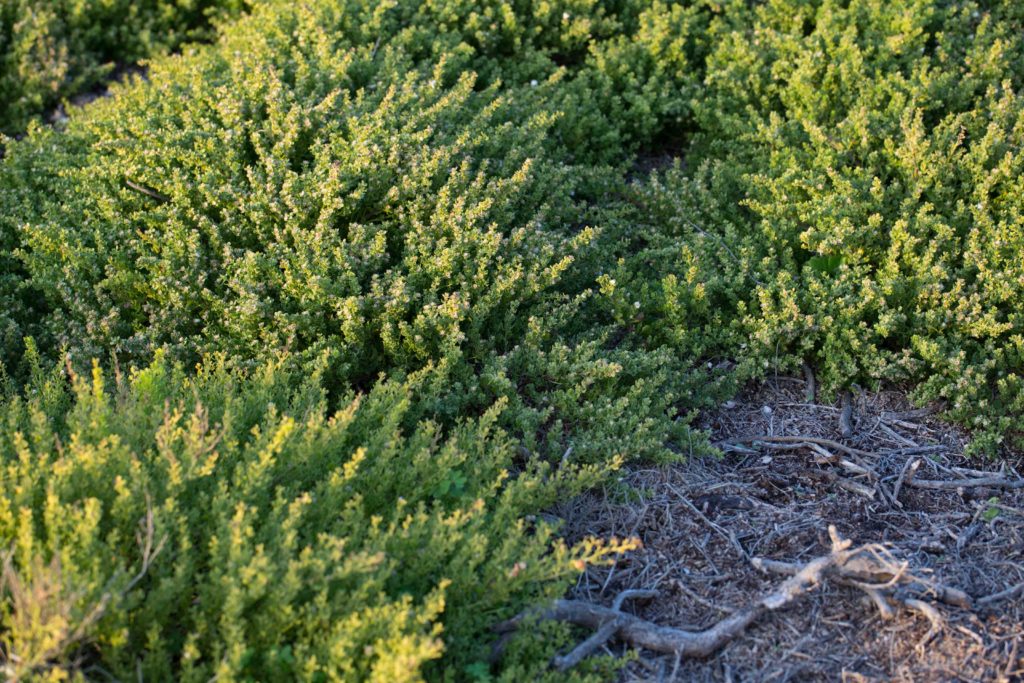 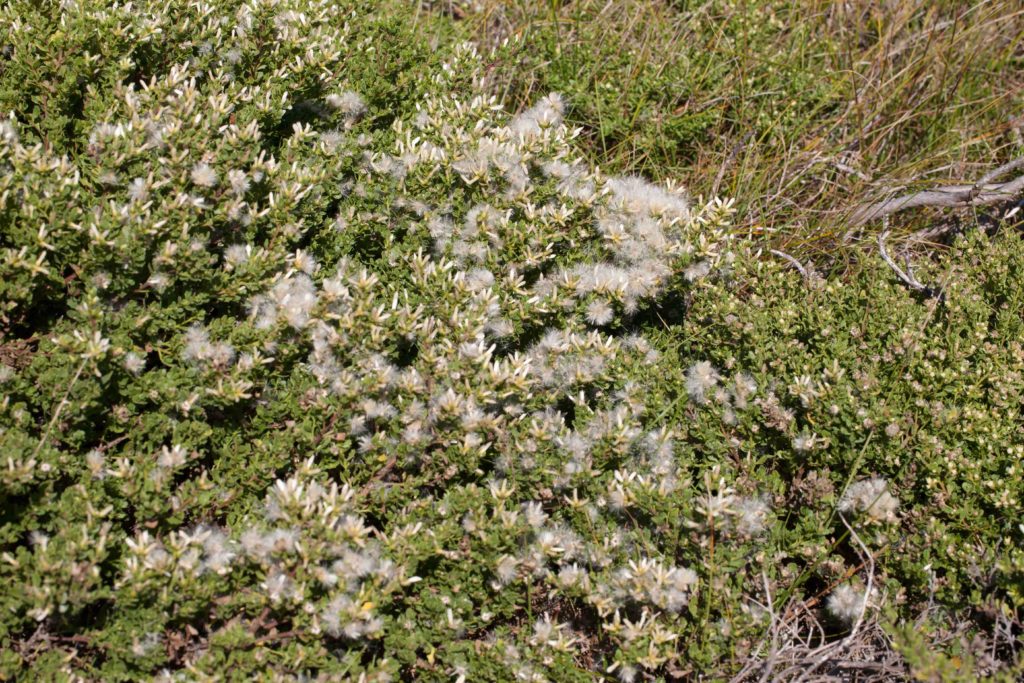 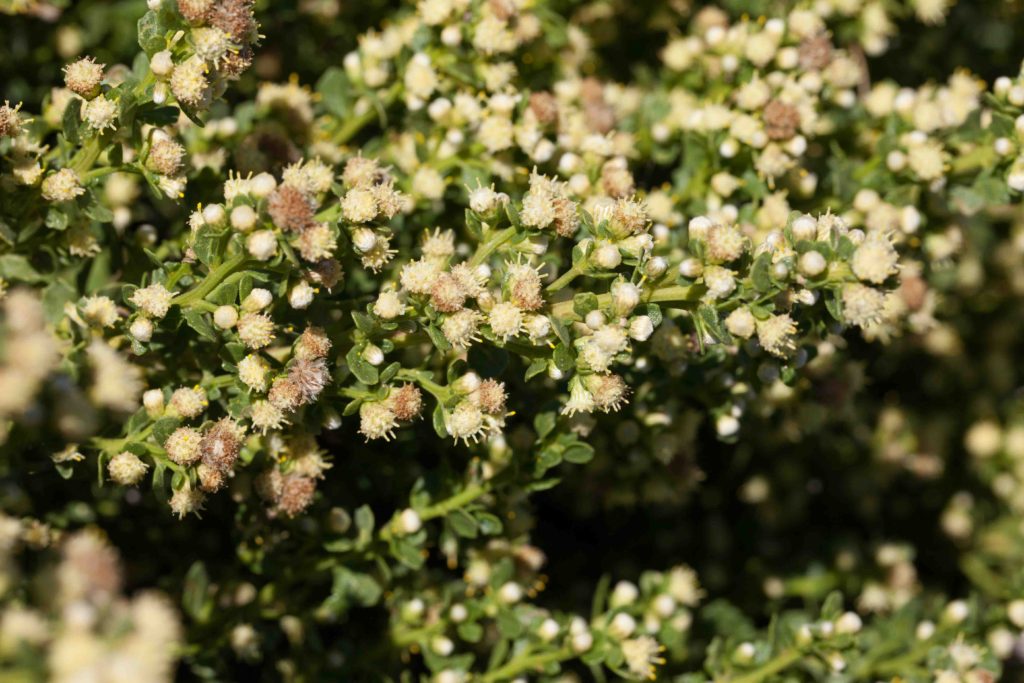 A comparatively tall, slender shrub, whose leaves resemble those of certain Willows (hence the scientific name of the species). Flowers (male and female on separate plants) are very similar to those of other Baccharis, except that both flowers have a distinct pinkish tinge. The long, straight, woody stems were used as drills when making fire the old-fashioned way. 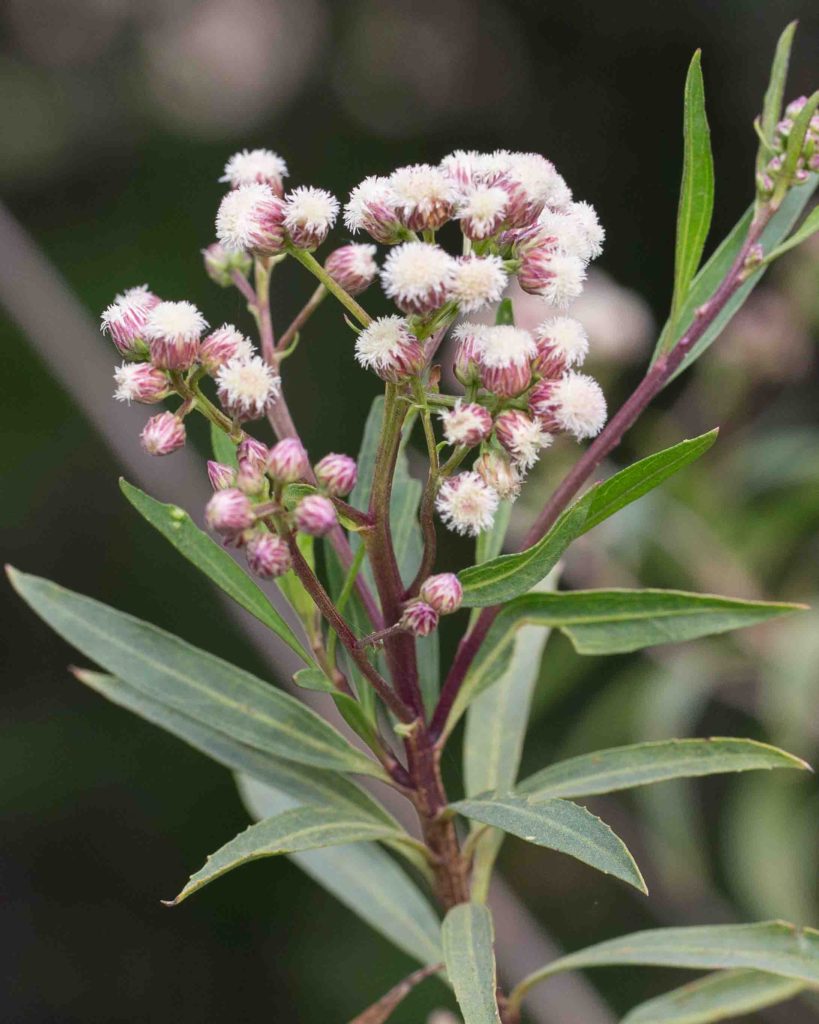 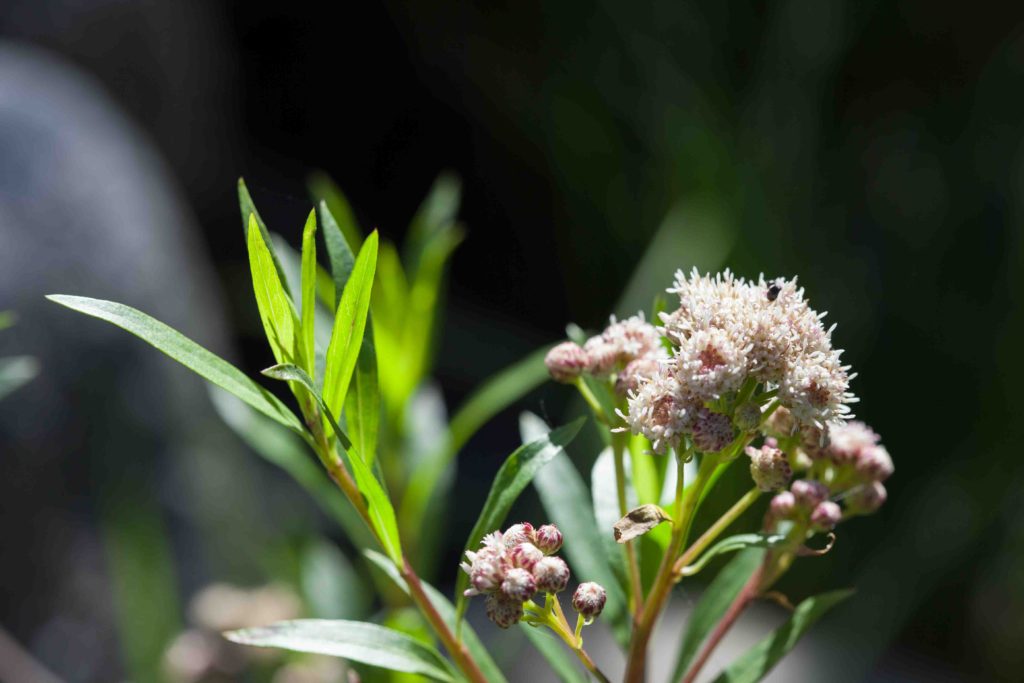 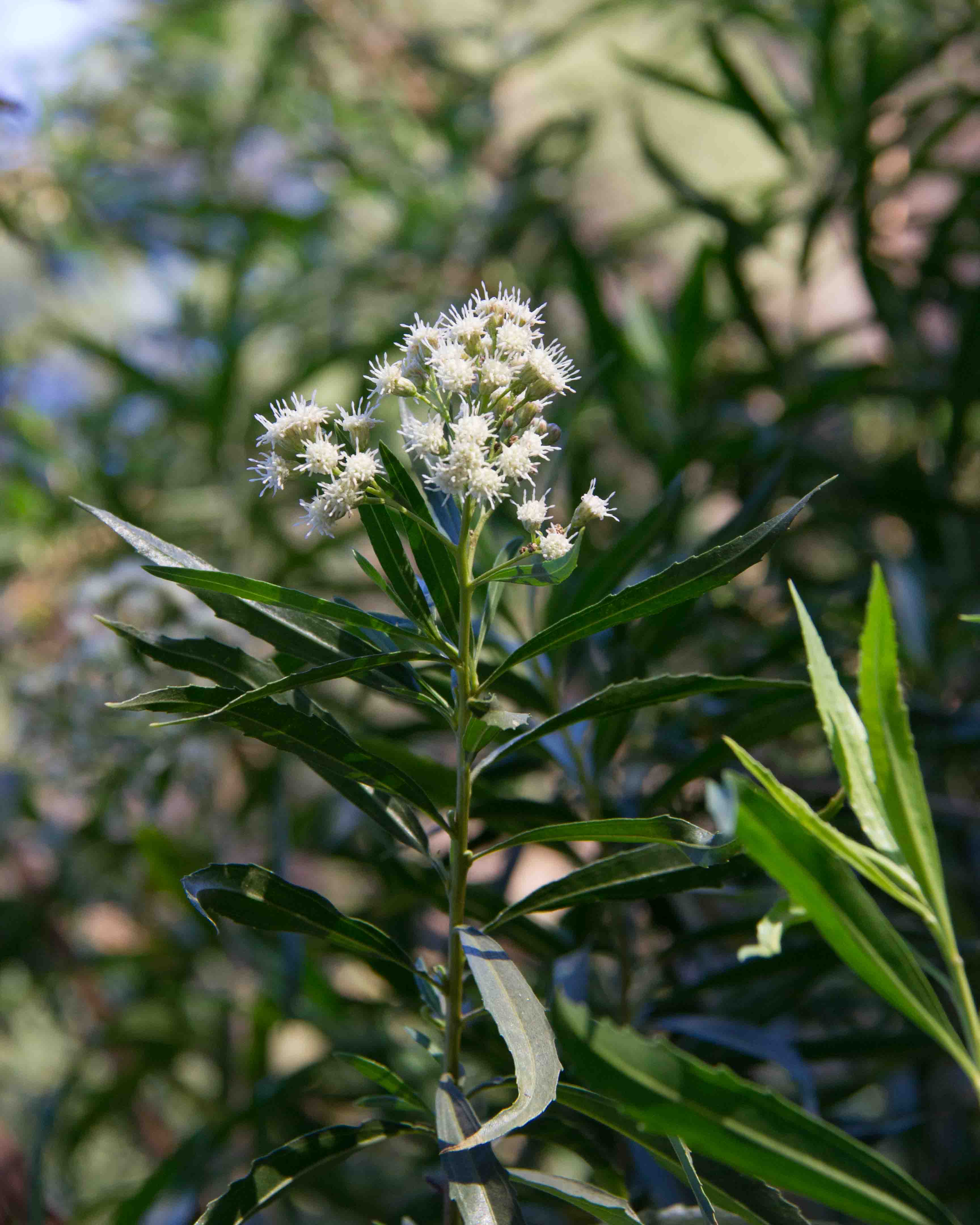