The Sunflower family is a very large family with over 25,000 members.  Botanists subdivide the family into a number of tribes of which 14 are represented in Monterey County, one of these, the Heliantheae or Sunflower tribe, being further broken down into subtribes of which 9 are represented in Monterey  County. The Cichorieae (Dandelion) tribe has two distinctive features.  The first is that they all have stems with milky sap.  The second (and more important) is that they do not have disk and ray flowers like typical daisies.  Instead they have what are called “ligules” which resemble strap-like ray flowers but, unlike ray flowers, have both male and female parts – without which no reproduction would be possible.  Another difference is that ray flowers have 0–3 lobes at the tip; ligules have 5. This page covers a mixture of natives and non-natives and three relatives of the cultivated lettuce.

Very common in its native Europe, this is a bushy perennial with unmistakable bright blue flowers (white or pink forms are occasionally found).  Some members of this genus are grown for their roots which are used to make a coffee substitute.  New blooms appear in the morning and are more or less spent by afternoon. 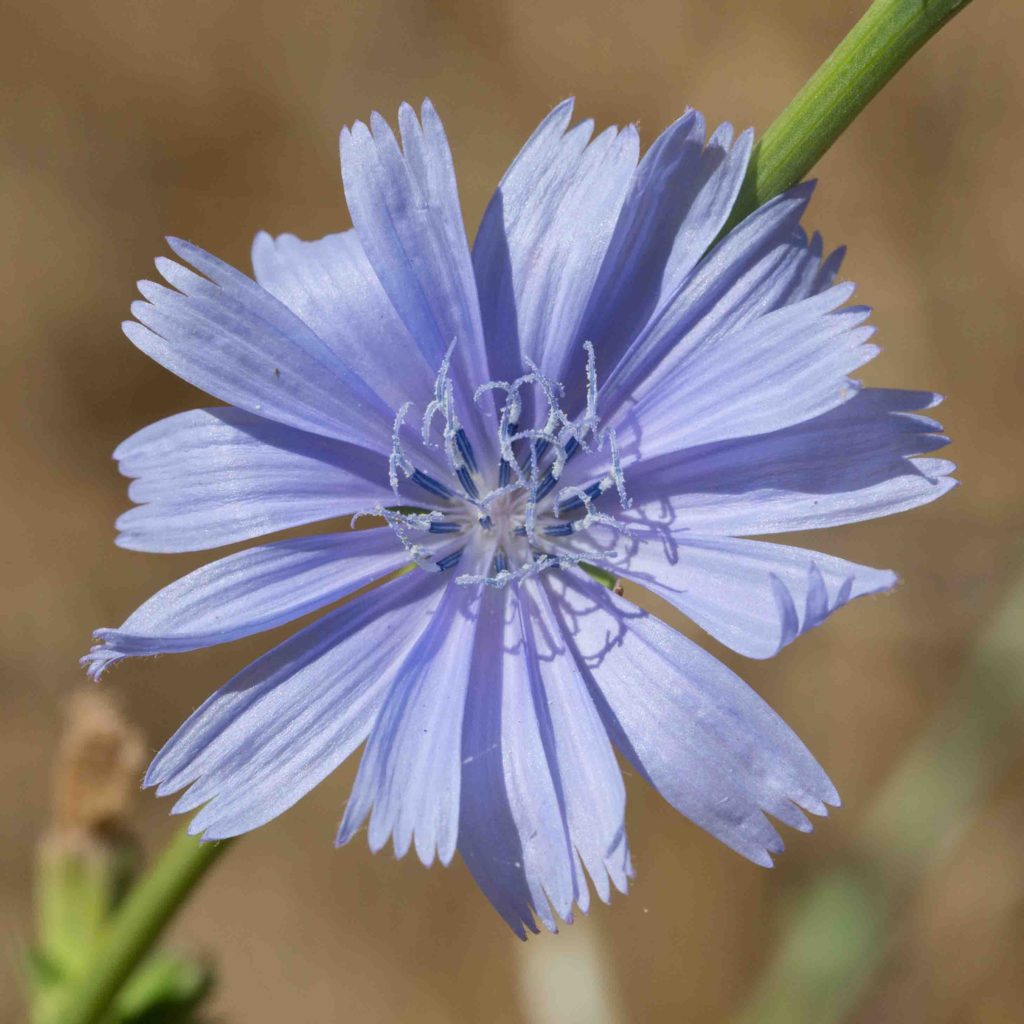 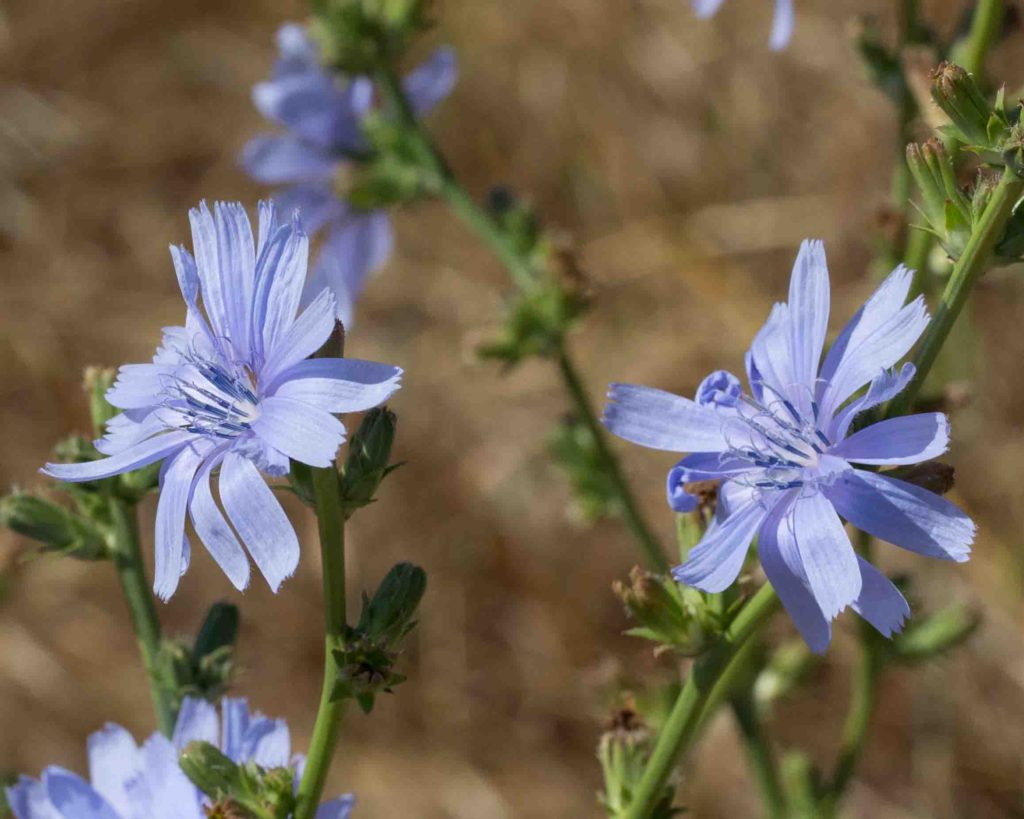 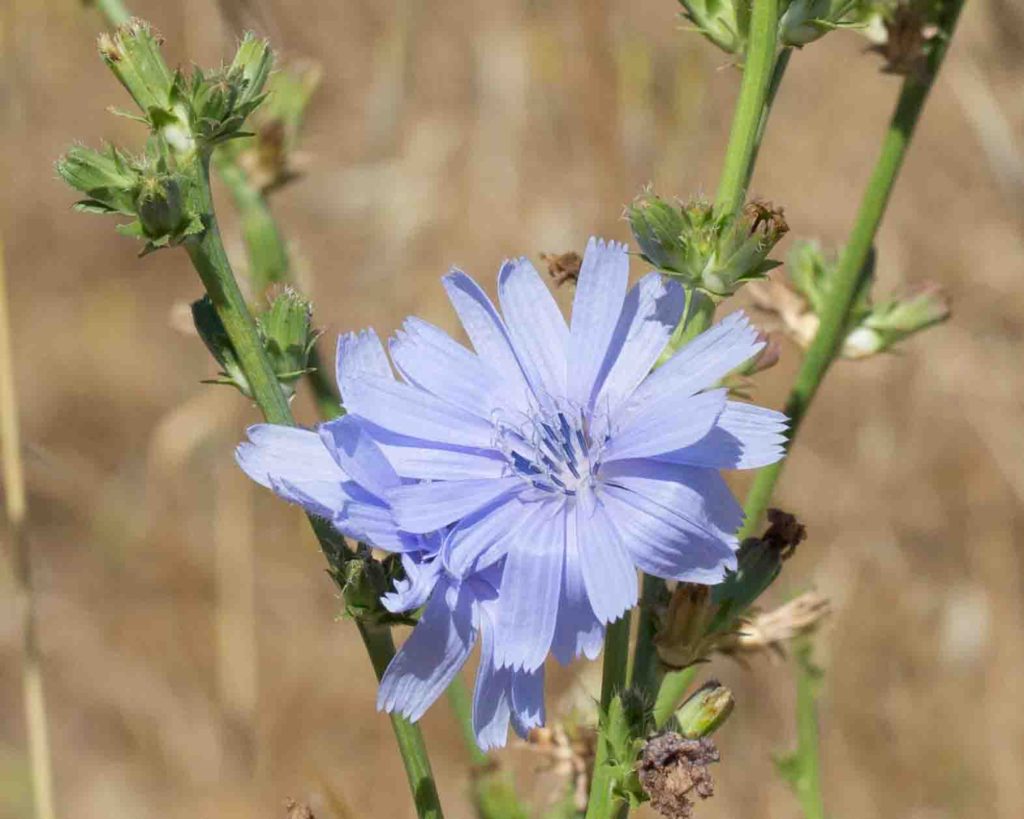 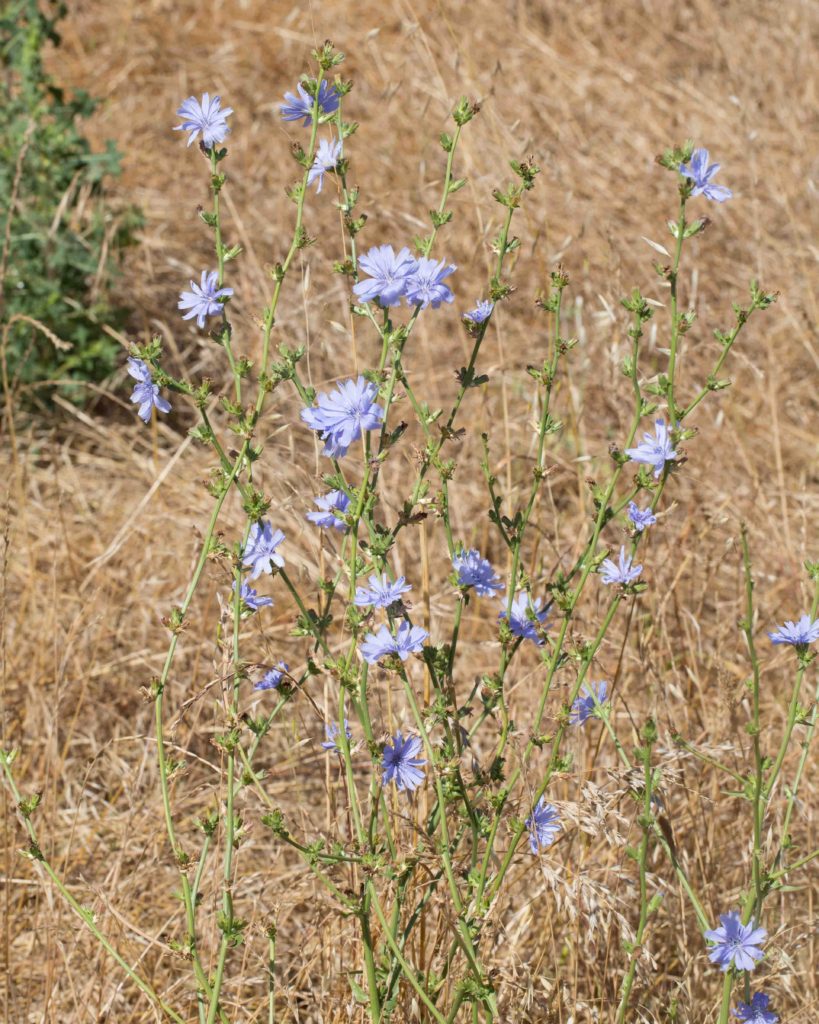 Like the California Chicory (Rafinesquia californica), this has panicles of small, pure white flowers.  It is however easily distinguished by its mostly basal, hairy, entire leaves. The stems are also covered with soft white hairs. The buds lack the characteristic recurved phyllaries of the California Chicory. 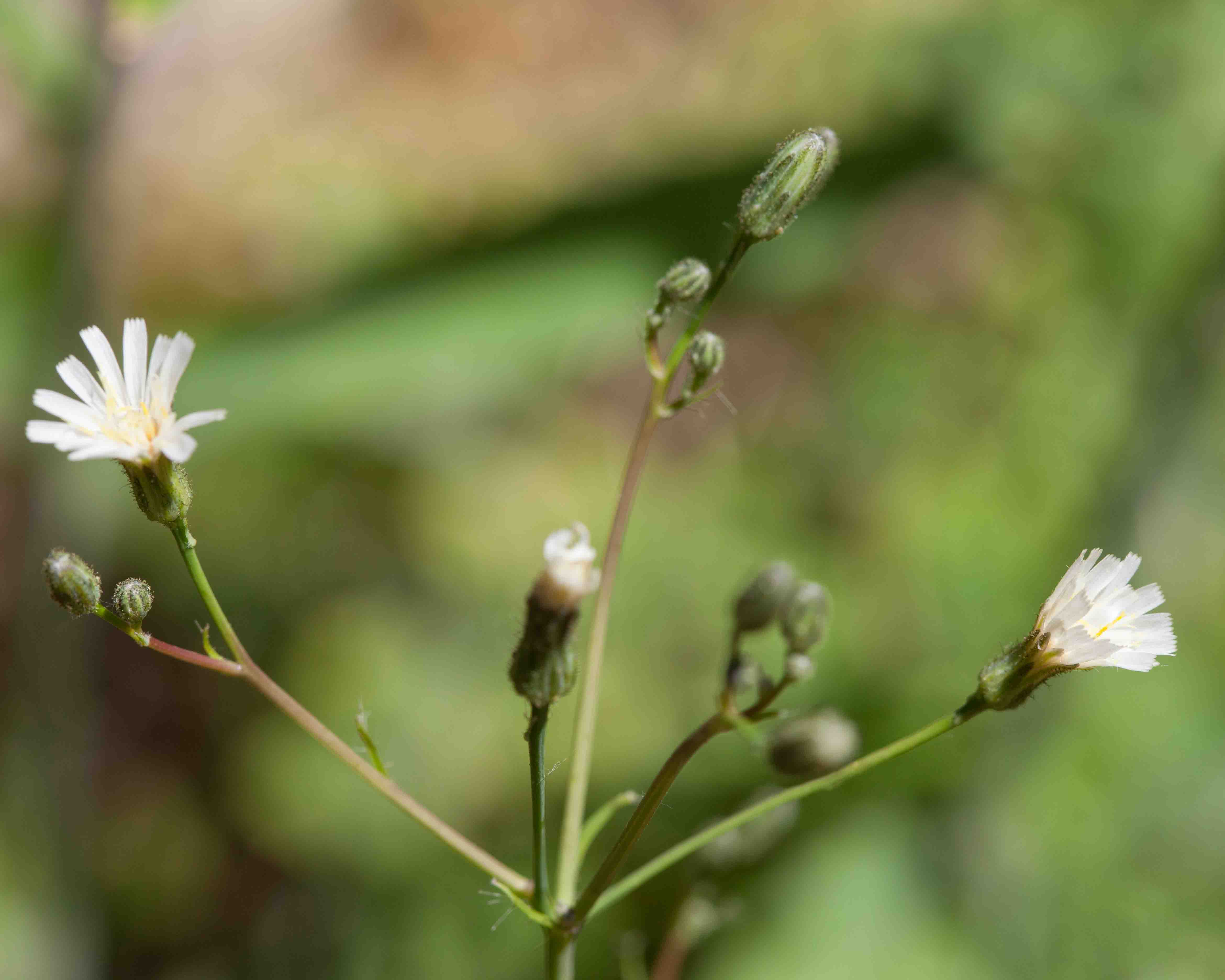 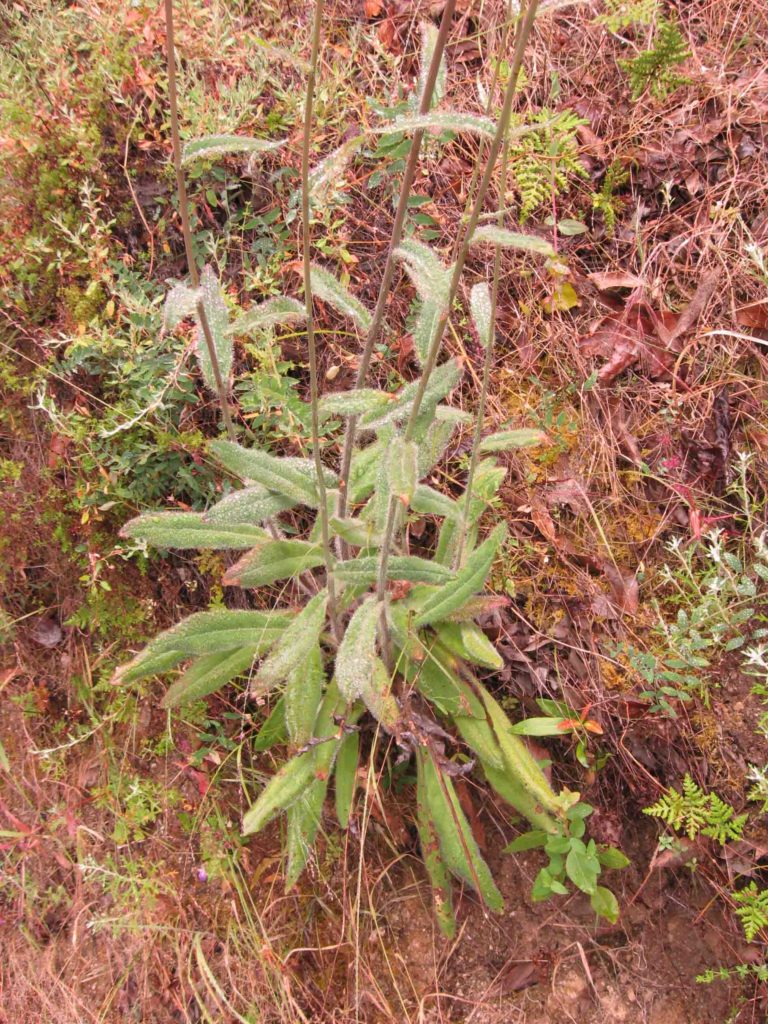 The upper cauline leaves are linear to lanceolate, entire with a hastate, somewhat clasping base — quite different from those of Prickly Lettuce (Lactuca serriola). The inflorescence has few to many heads in generally narrow, panicle-like clusters with 5–12 rectangular pale yellow ligules. 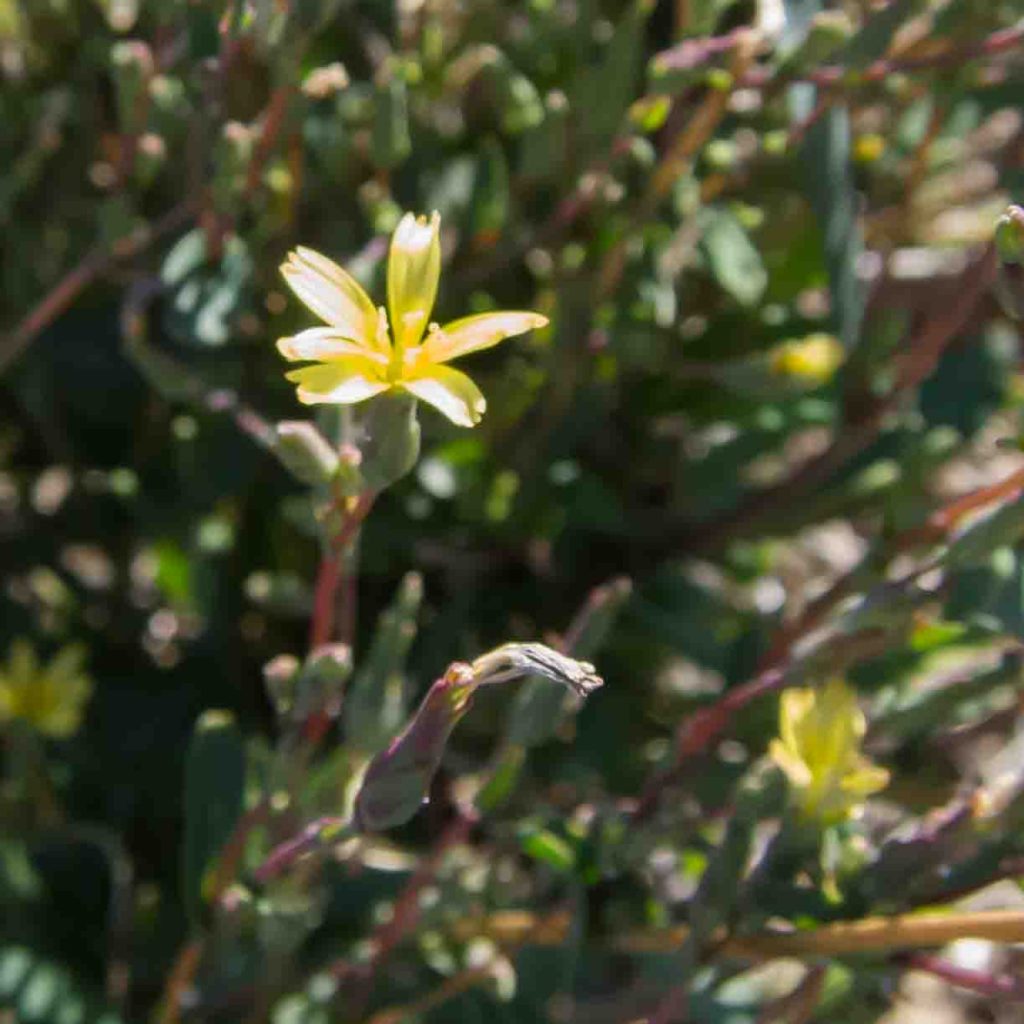 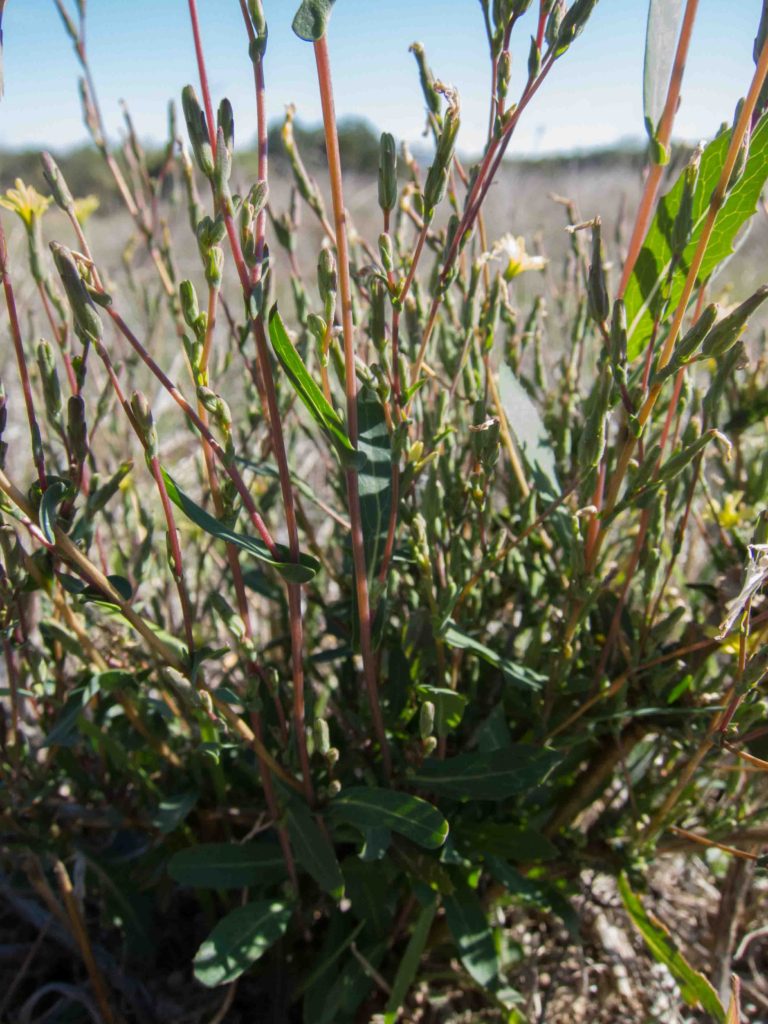 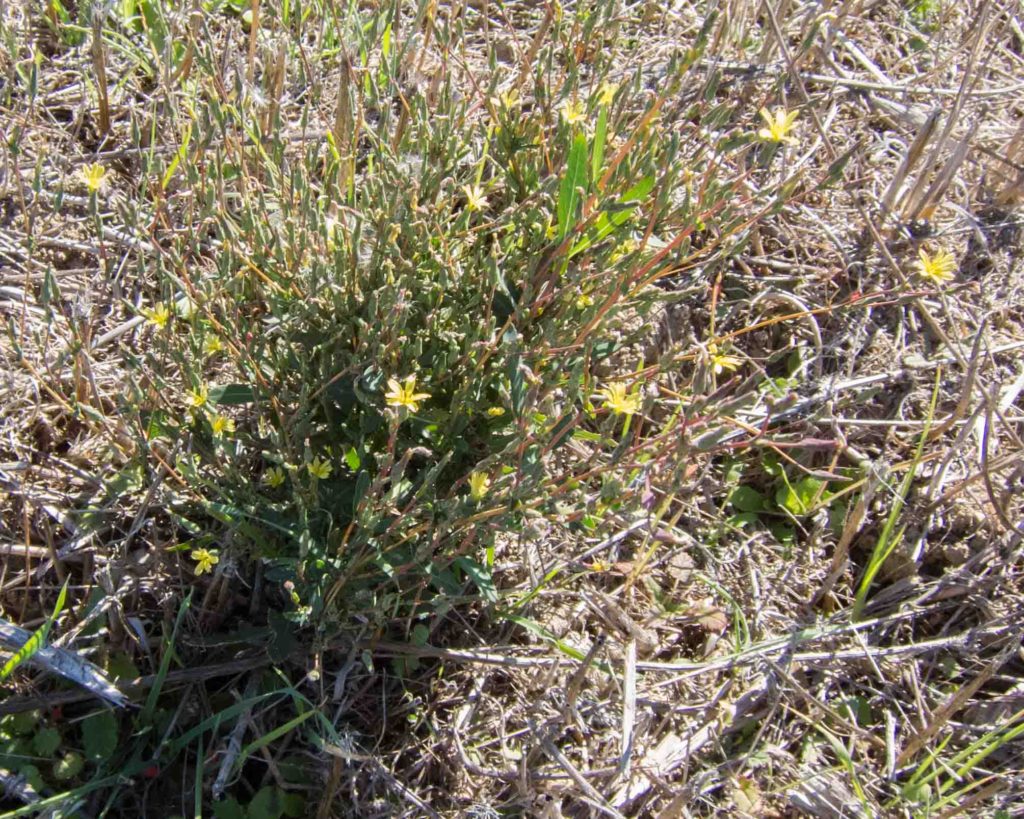 The closest wild relative of the cultivated lettuce although apparently bitter tasting. The numerous flowers are borne on loose panicles with 14–20 pale yellow ligules. The flowers usually close by midday. The leaves are very distinctive and come in two quite different forms, one with very coarse serrations and the other obovate and entire, both with spiny margins. The midrib on the underside of the leaf is also prickly. 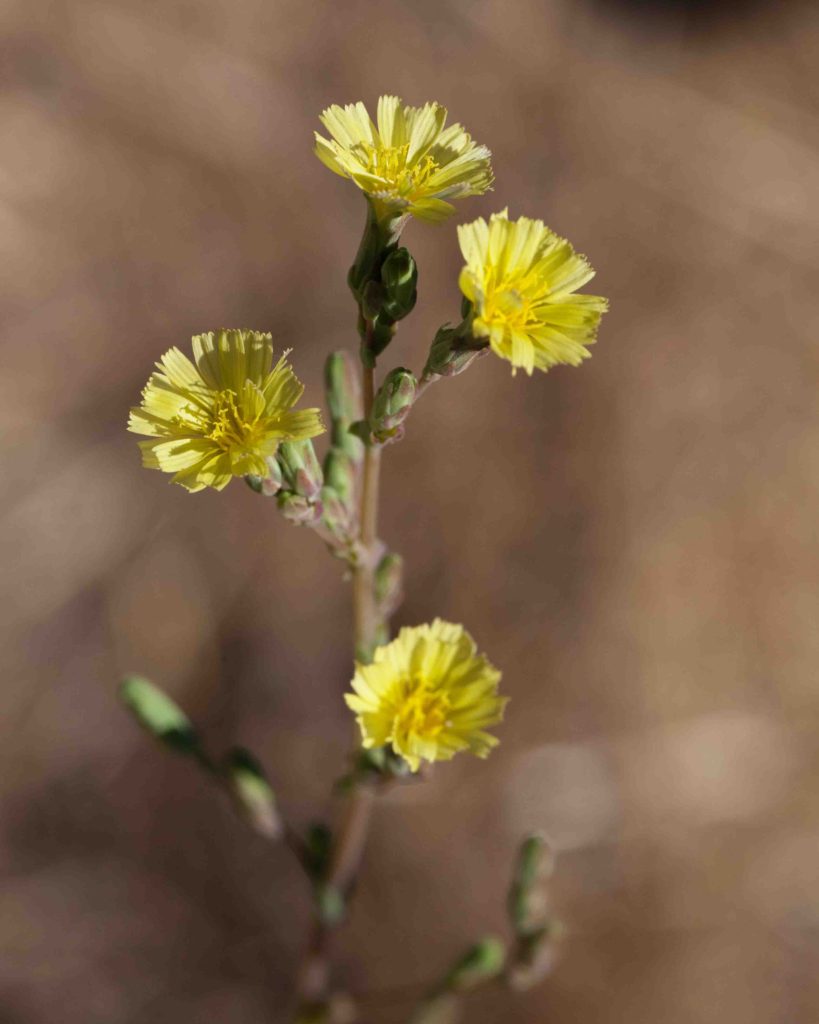 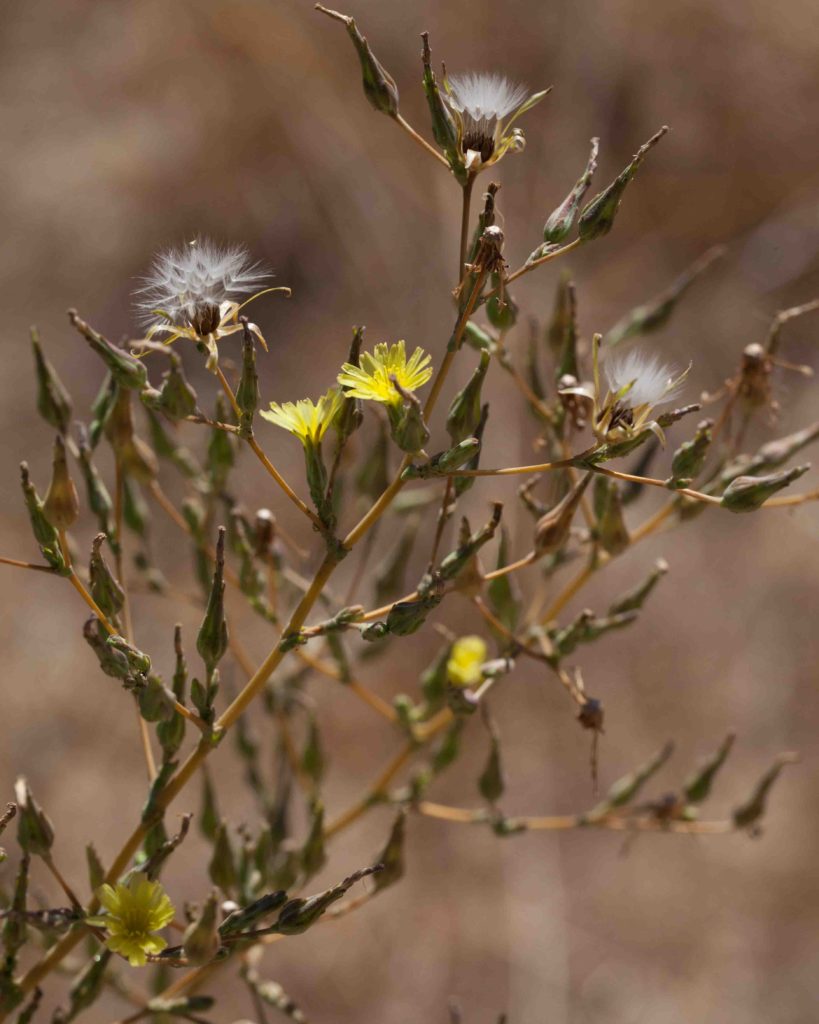 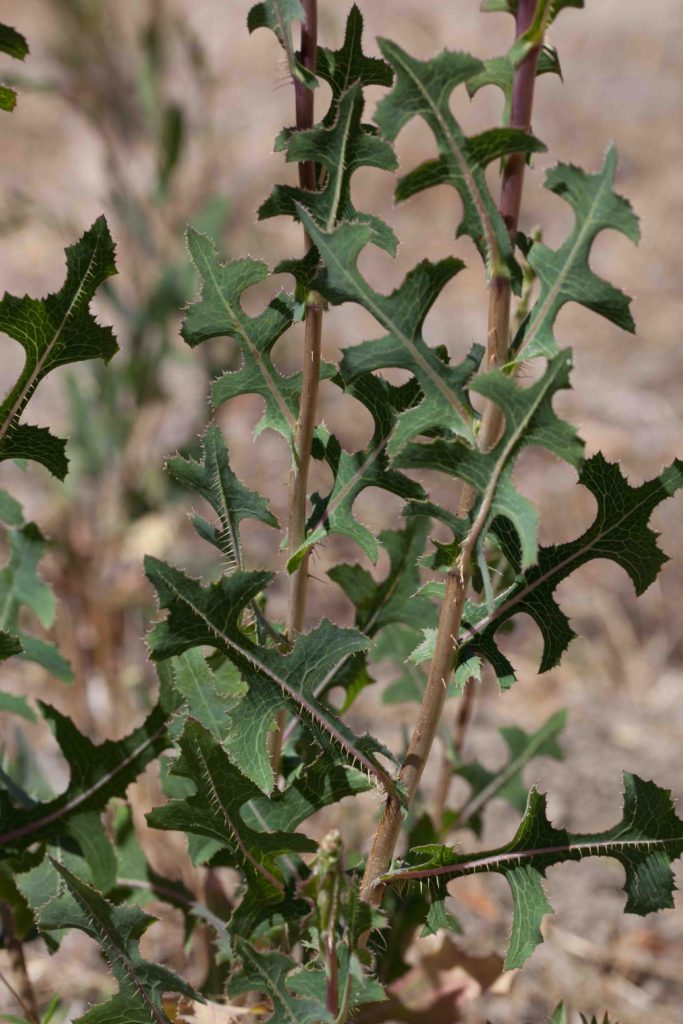 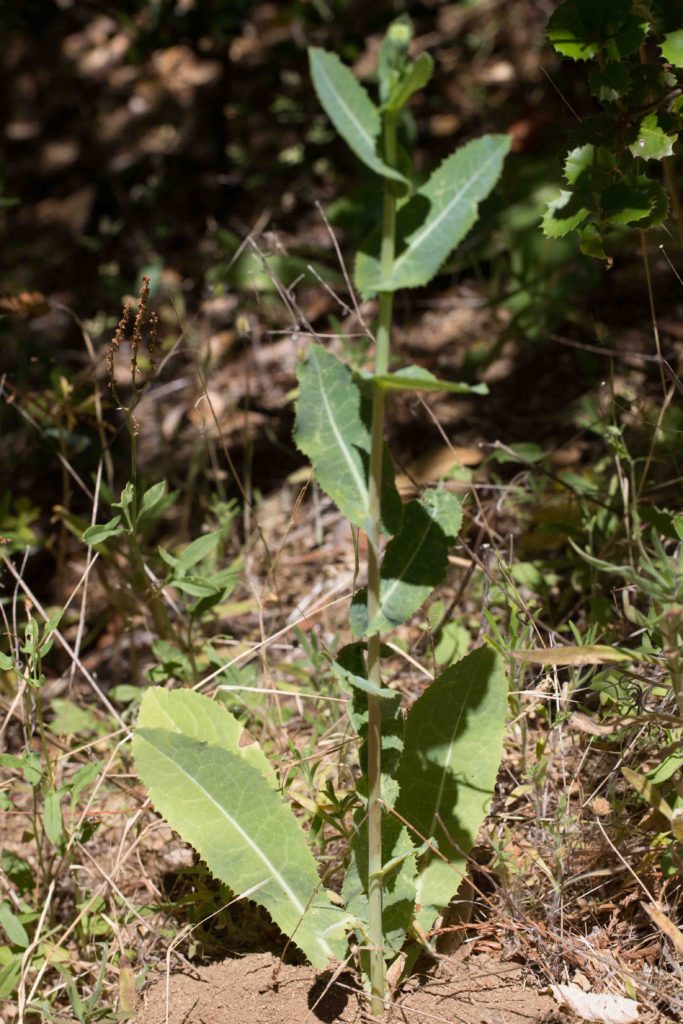 Although very different from the non-native Chicory, the flower is easily mistaken for White-flowered Hawkweed (Hieracium albiflorum), but the coarsely toothed glabrous leaves are quite distinct. Also distinctive are the recurved outer phyllaries and the reddish stripe on the outside of some of the ligules. Sometimes many-branched with multiple panicled clusters. 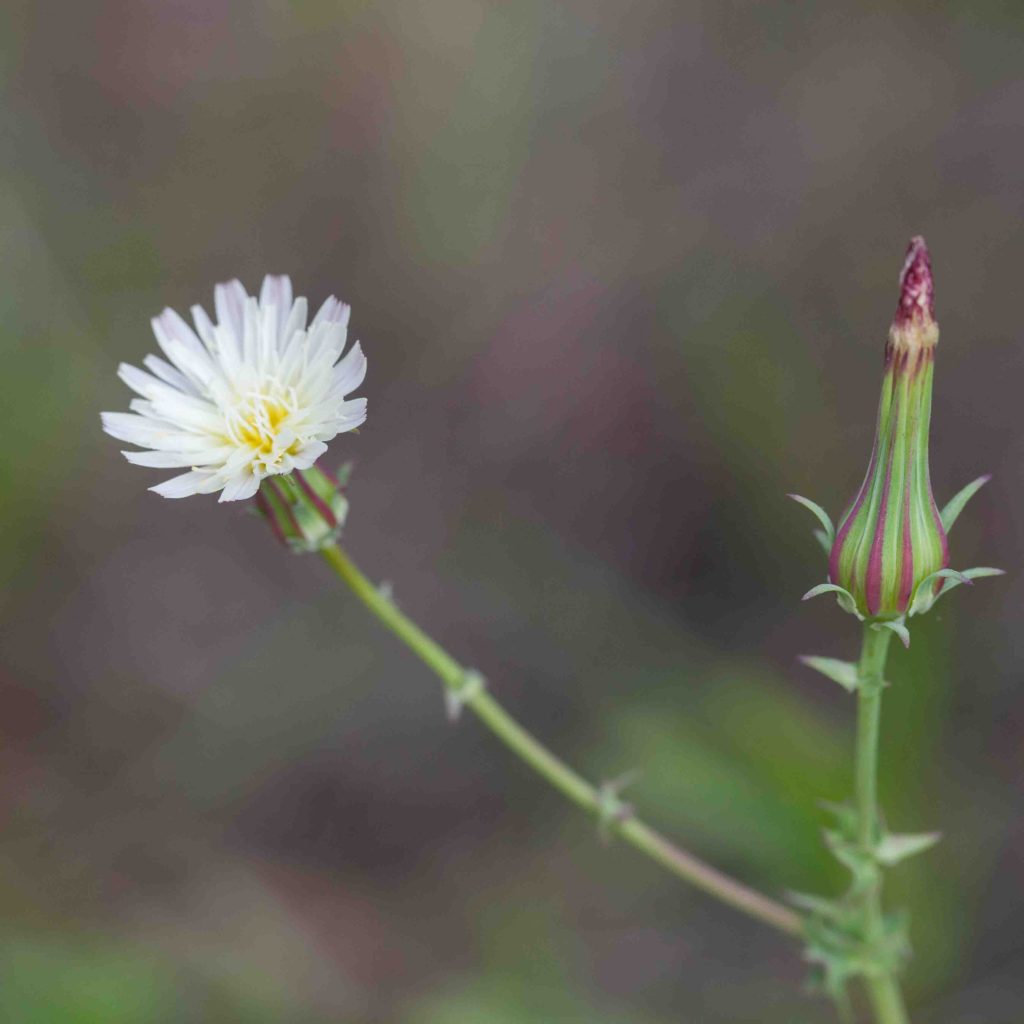 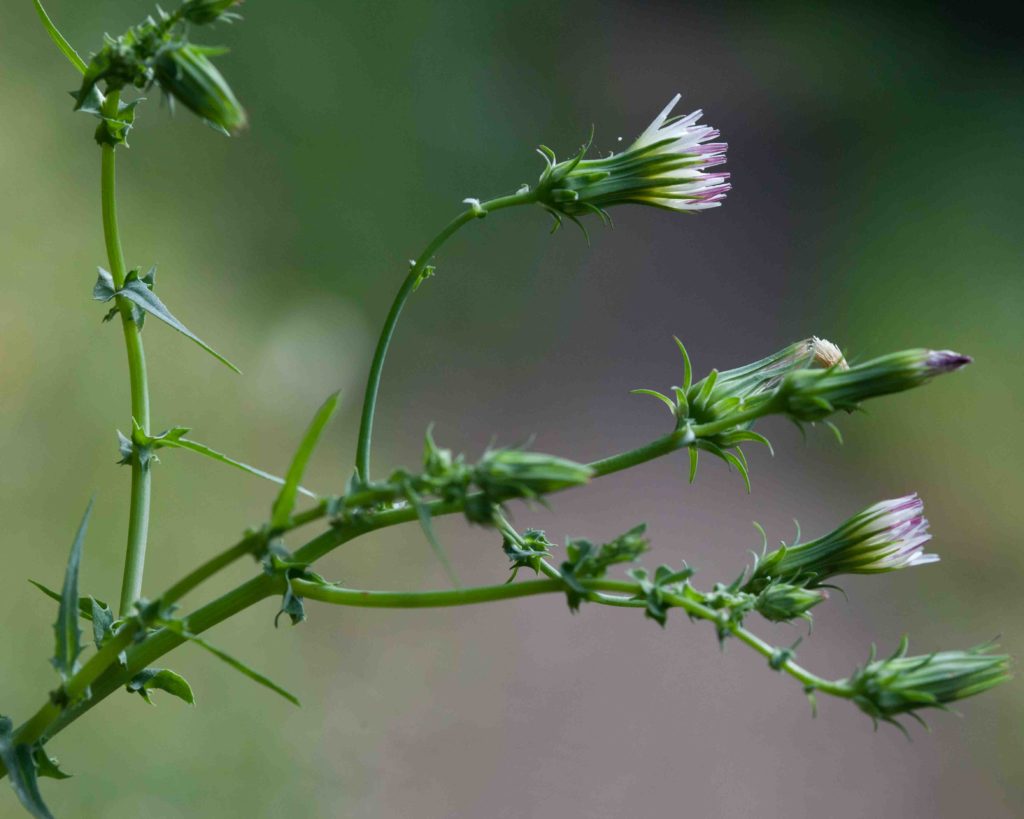 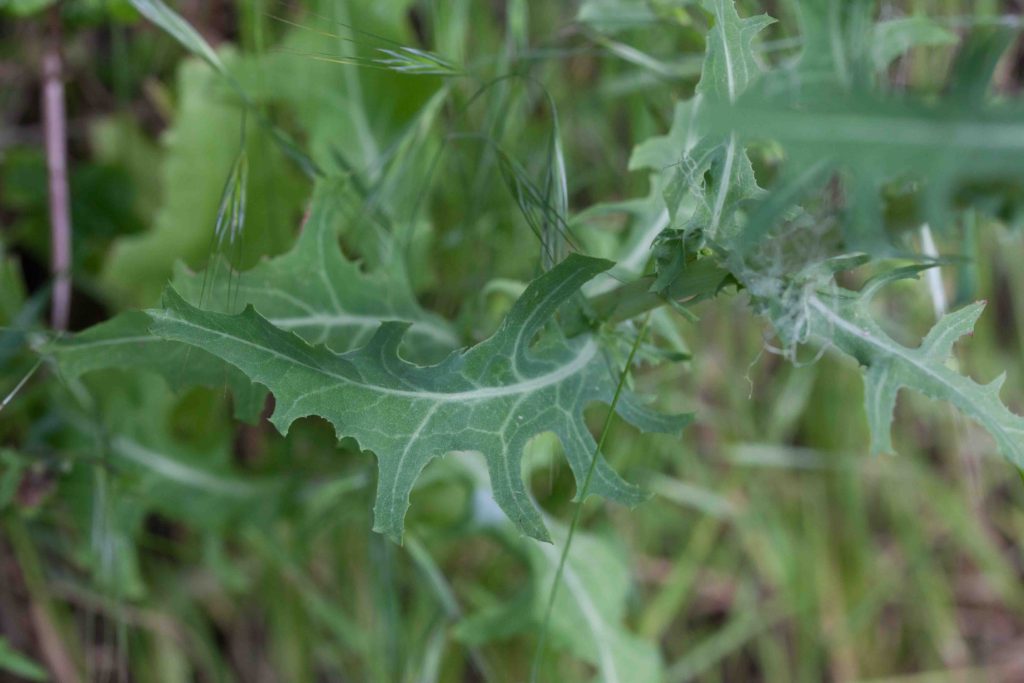 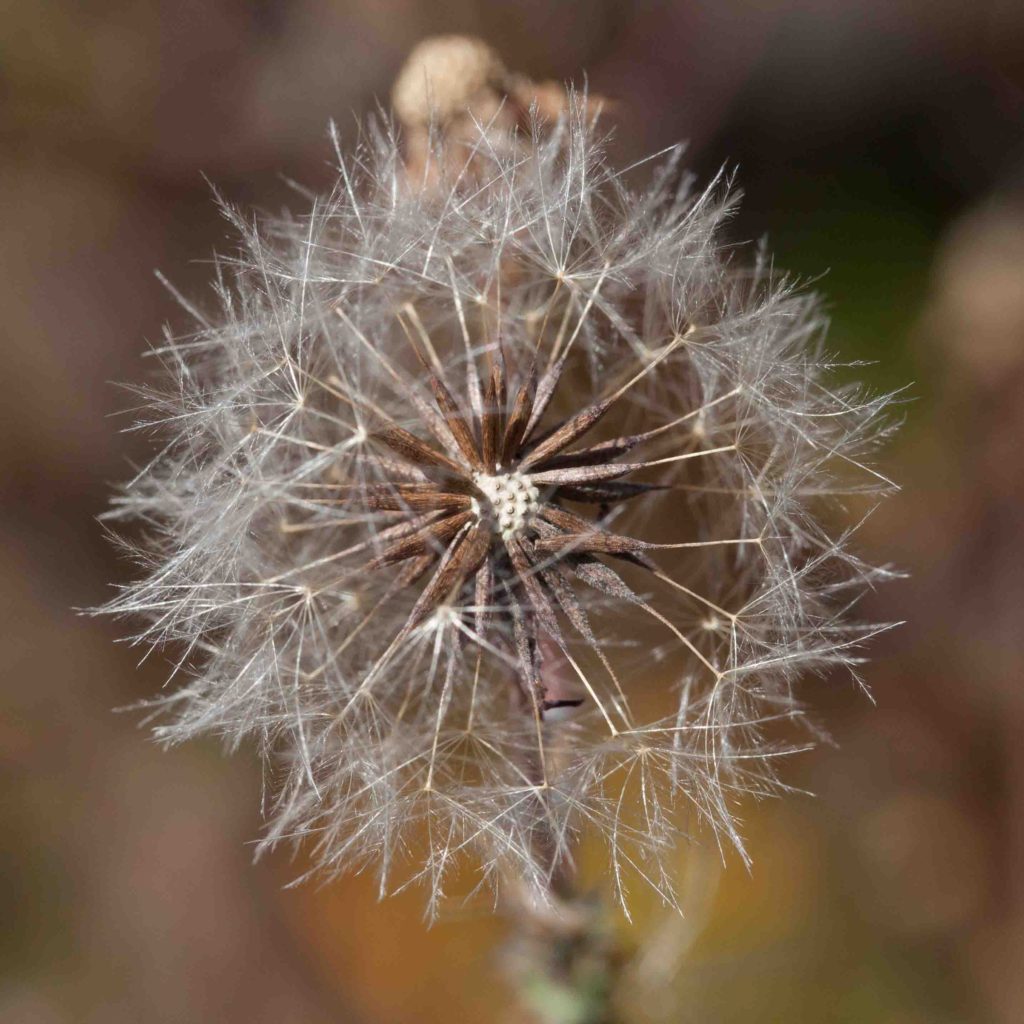