The Sunflower family is a very large family with over 25,000 members.  Botanists subdivide the family into a number of tribes, of which 14 are present in Monterey County.  The Astereae (Aster tribe) includes a diverse range of  plants, some of which have clearly daisy-like flowers and others, even if the same genus, which do not. 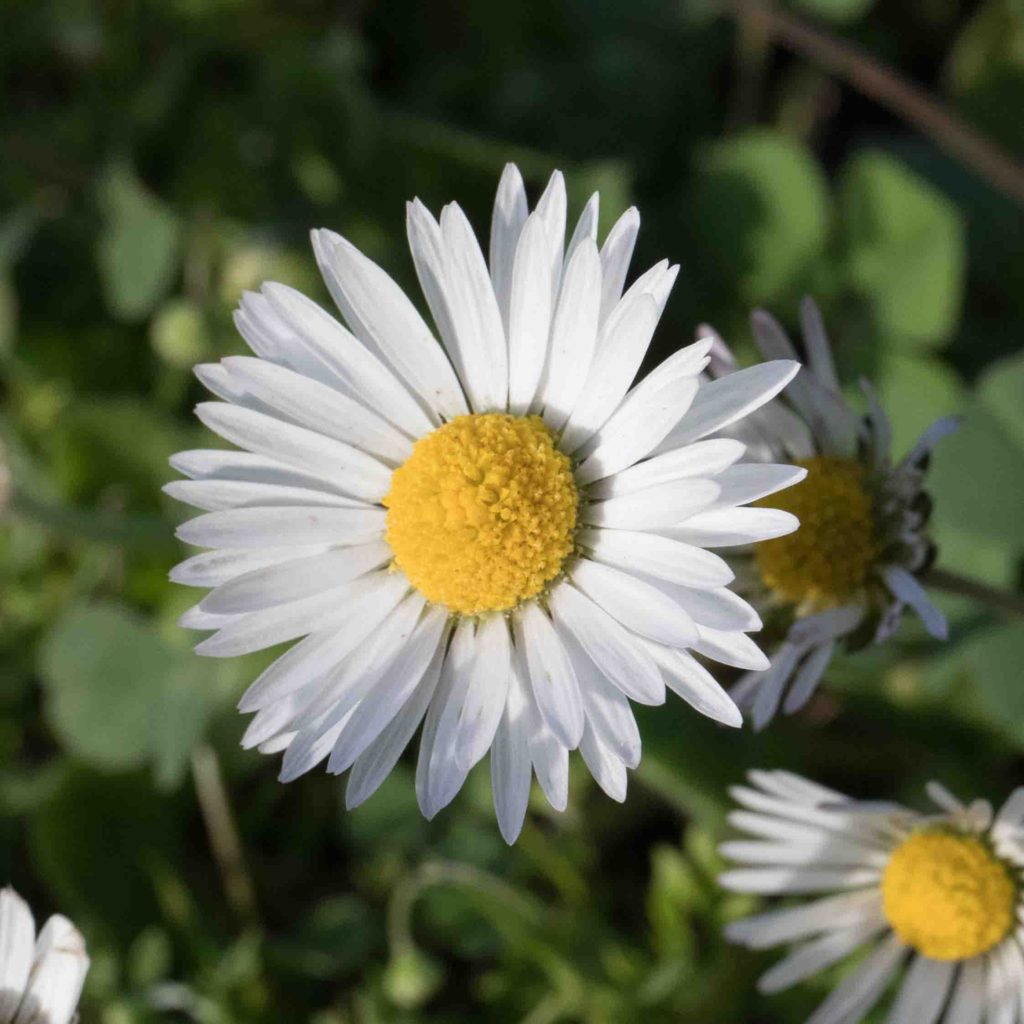 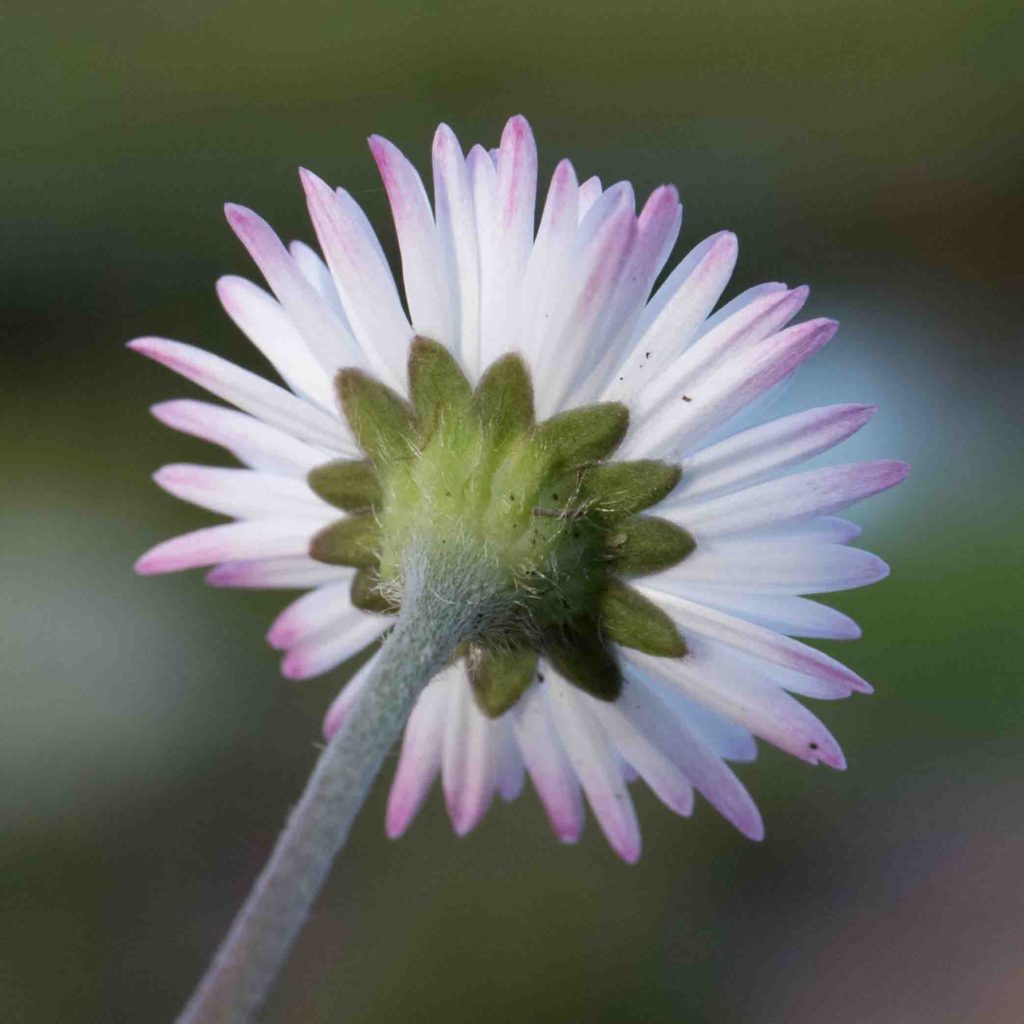 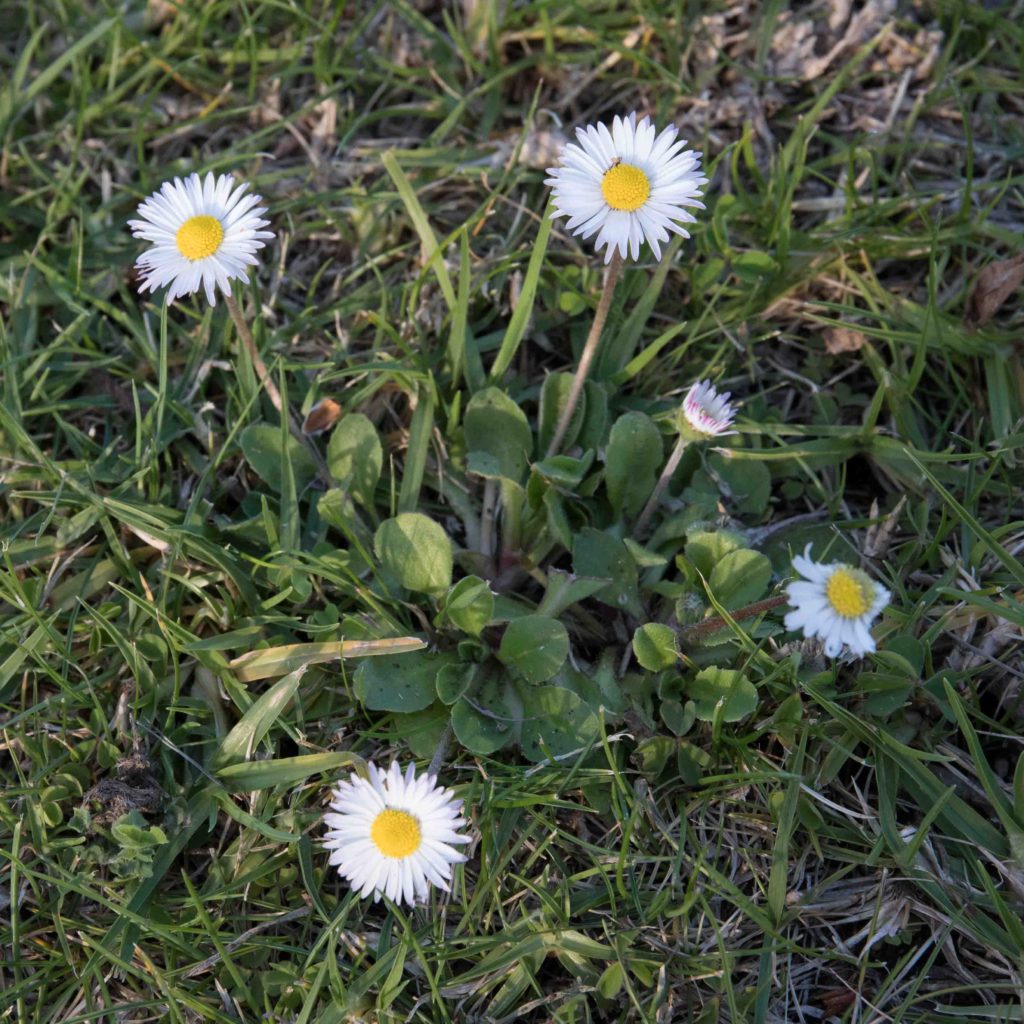 Flax-leaved Horseweed is shown in the four photos on left.  It is a close relative of Horseweed (Erigeron canadensis, see below), though noticeably shorter and with rough, hairy leaves.  The shape of the flower heads is also similar, although ray flowers are either wholly lacking or so small as to be virtually invisible.  The central stem is often overtopped by the uppermost branches.

Tropical Horseweed (Erigeron sumatrensis) (photo on far right) is similar, but taller, with green foliage, and stems extending beyond the branches.  Sometimes known as South American Conyza — bonariensis.  This signifies that it comes from Buenos Aires, Conyza being the name of the genus before the plants were included with the other Erigeron. 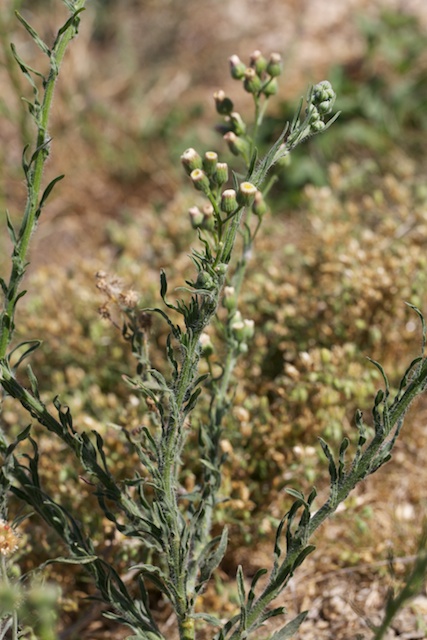 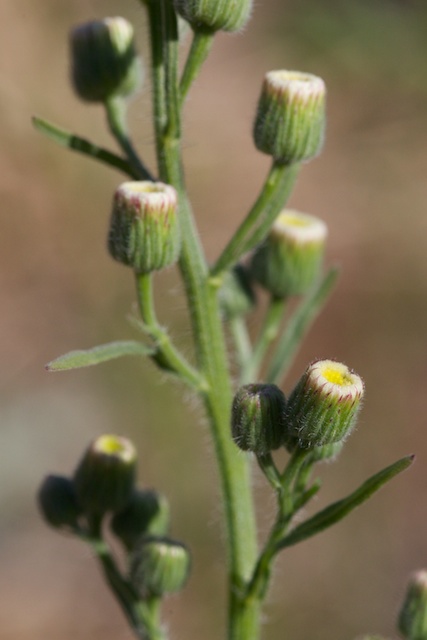 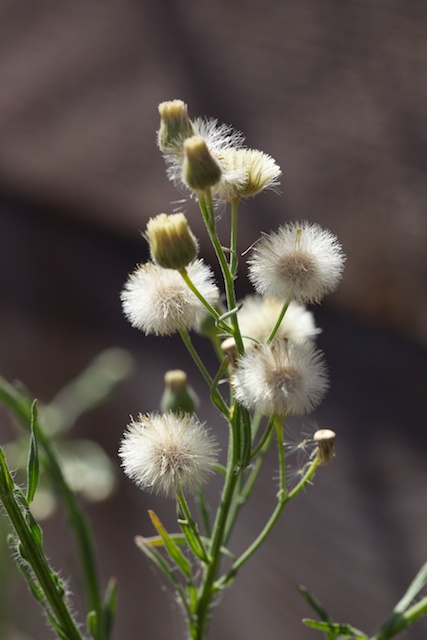 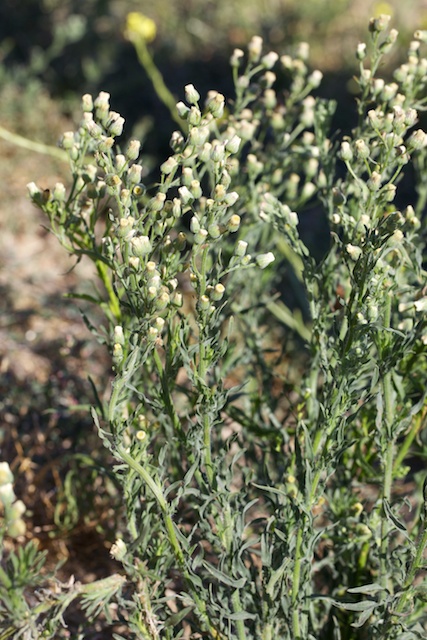 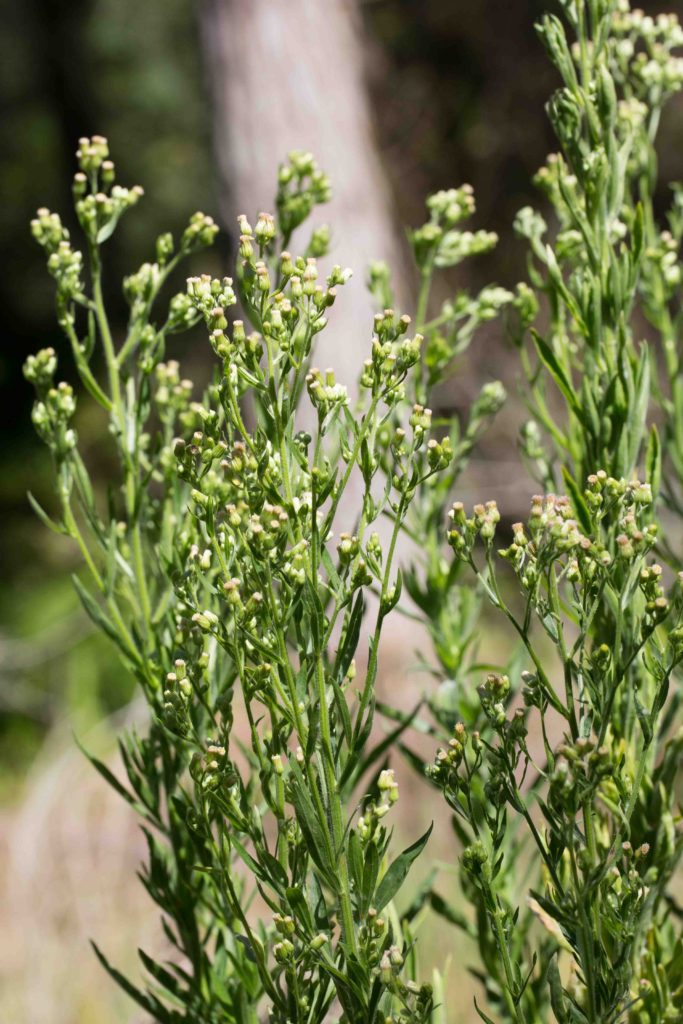 Very common, this is a California native despite the scientific name. It has upright stems with many narrow leaves and tiny, inconspicuous flowers. The ray flowers are white and very short, (0.3–1 mm).  Its overall shape is more distinctive than the flowers.  Fruits are spherical with 2–3 mm long pappus radiating in every direction, somewhat reminiscent of a dandelion’s seedhead. 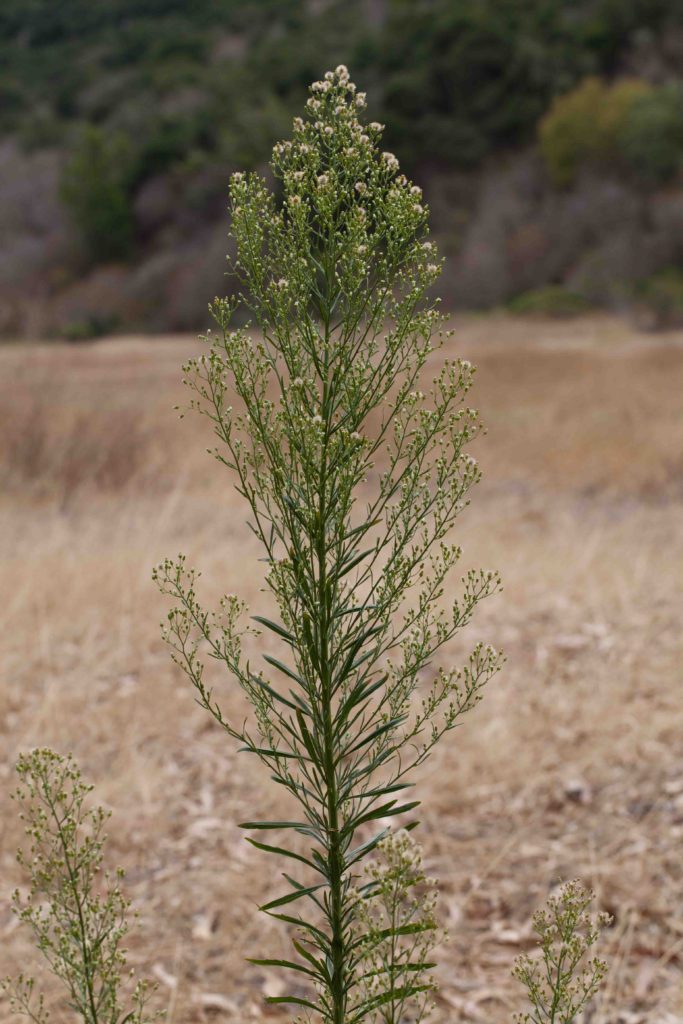 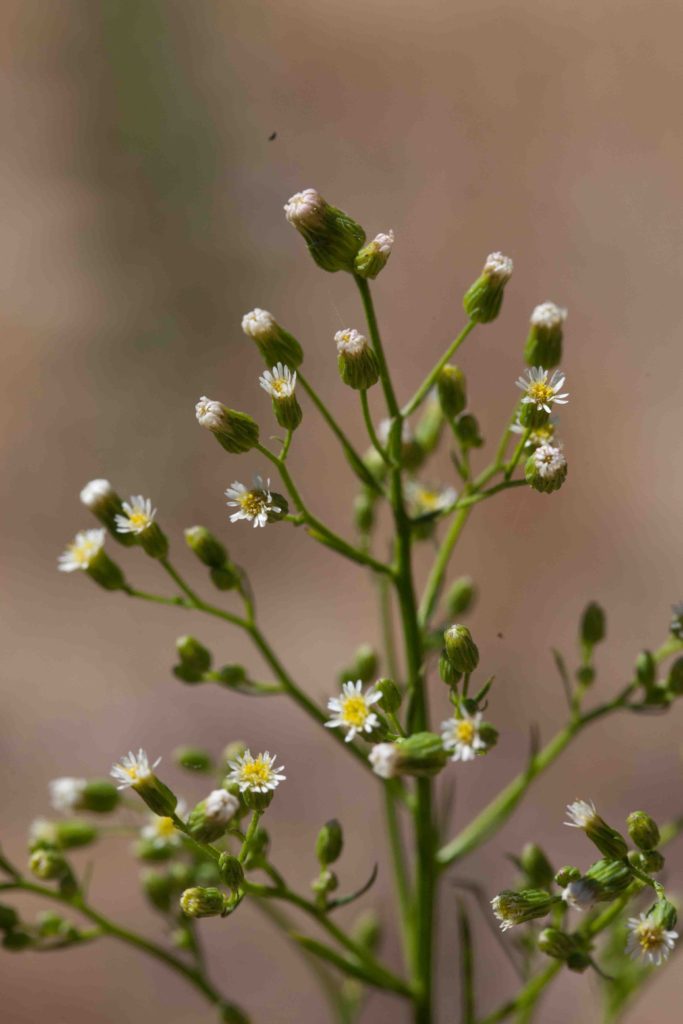 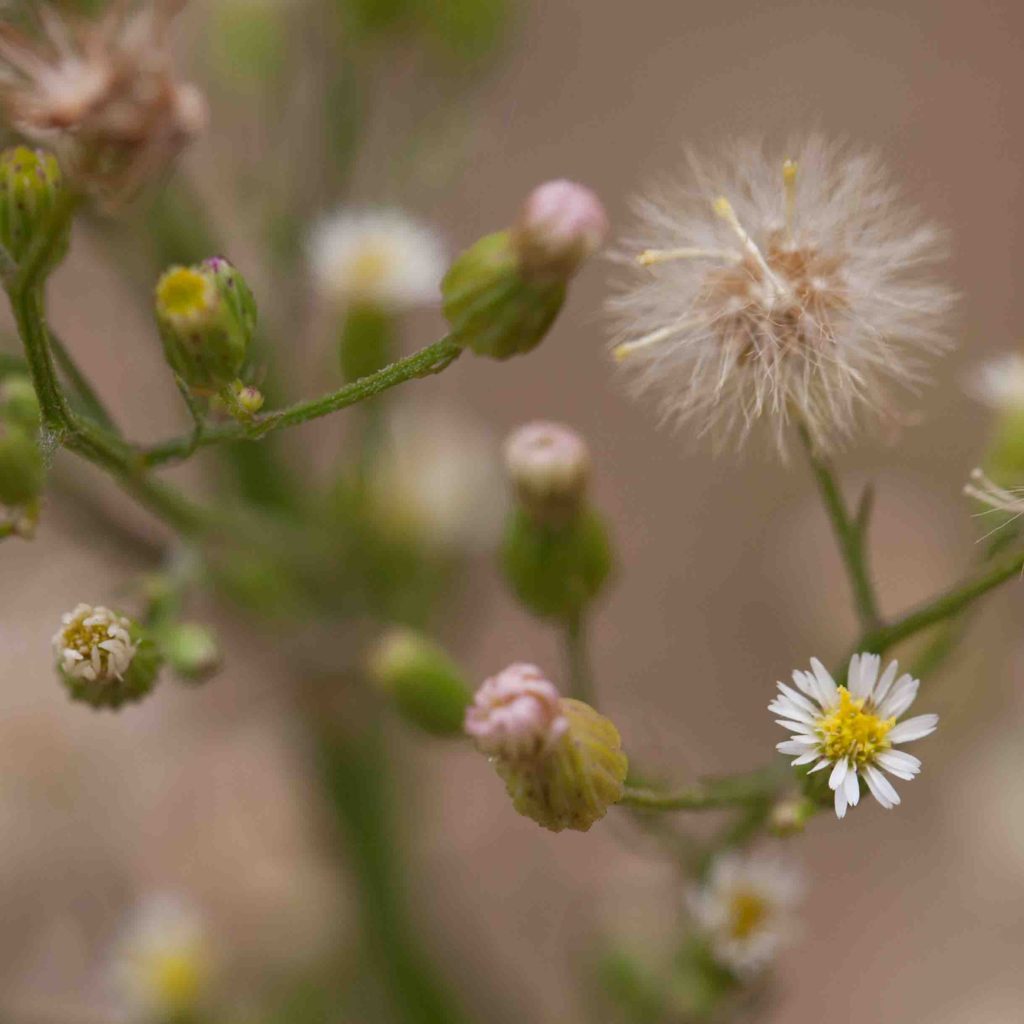 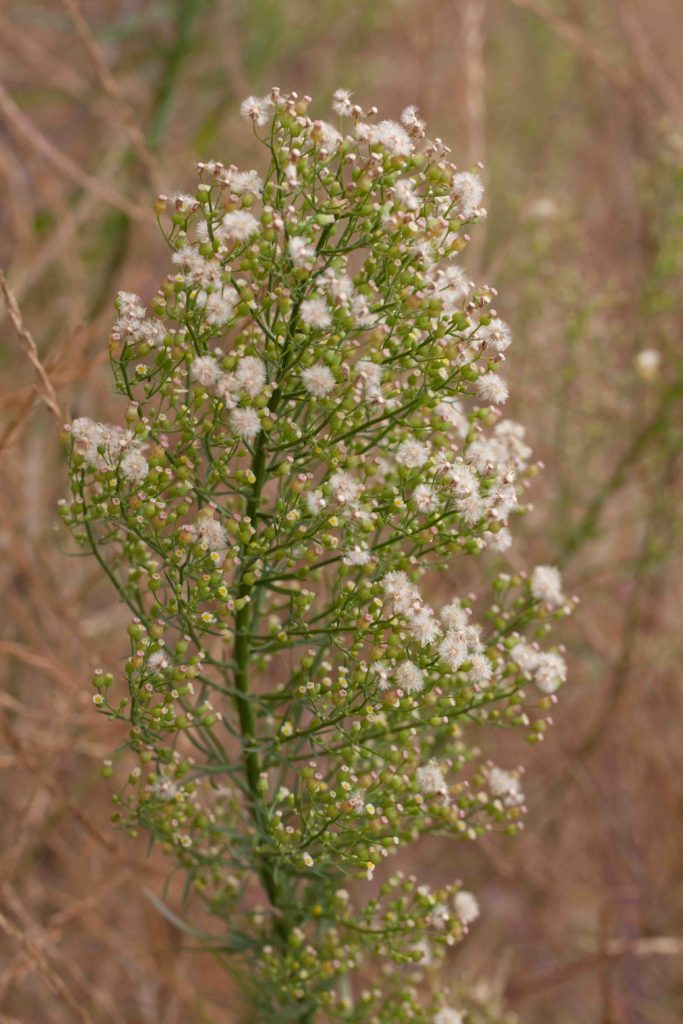 Comparatively small flowers; ray flowers being up to 11 mm long, and often slightly folded back from the protruding disk flowers.  However, the immature flowers are the reverse, with a characteristic fringe of erect, undeveloped ray flowers.  Leaves can be thin and threadlike, or wide and flat, and are spread evenly up the stem. 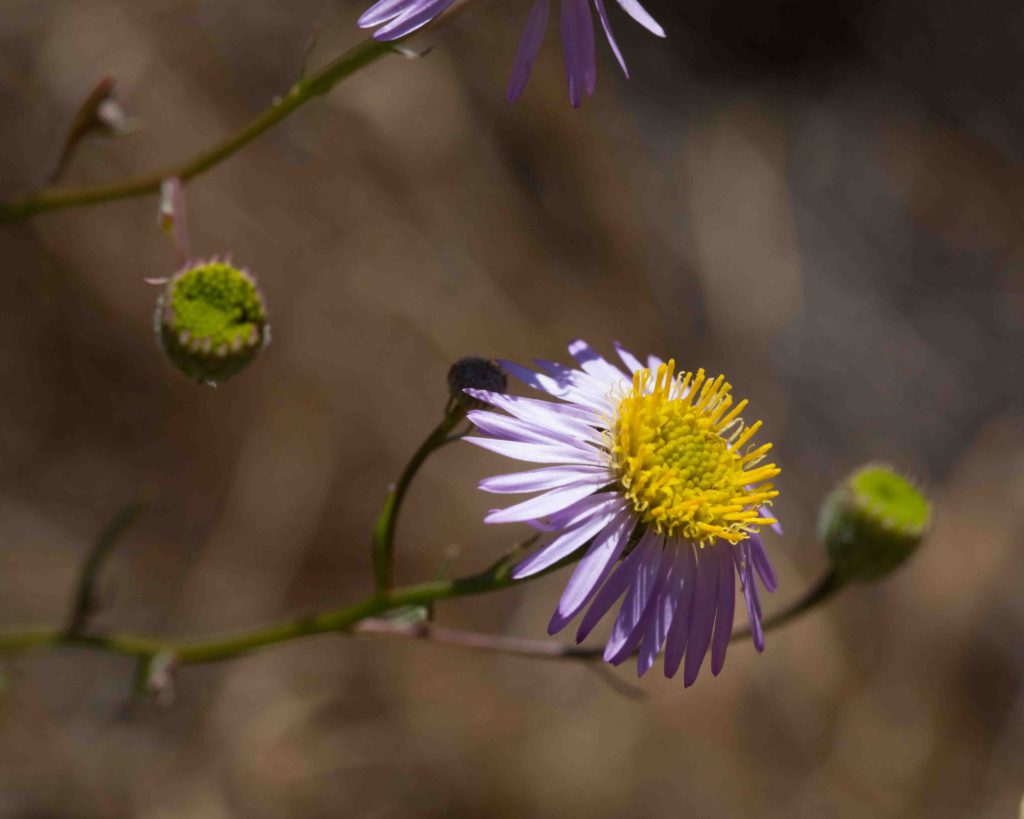 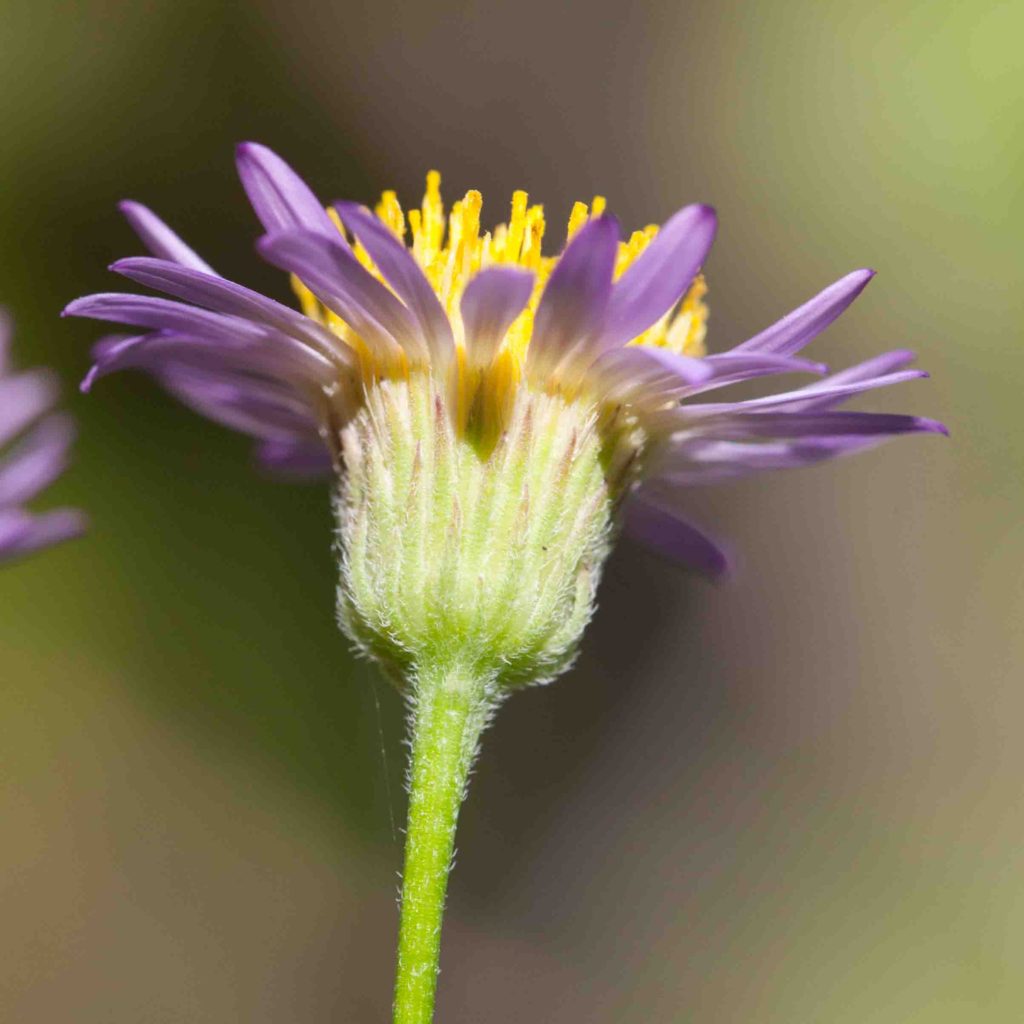 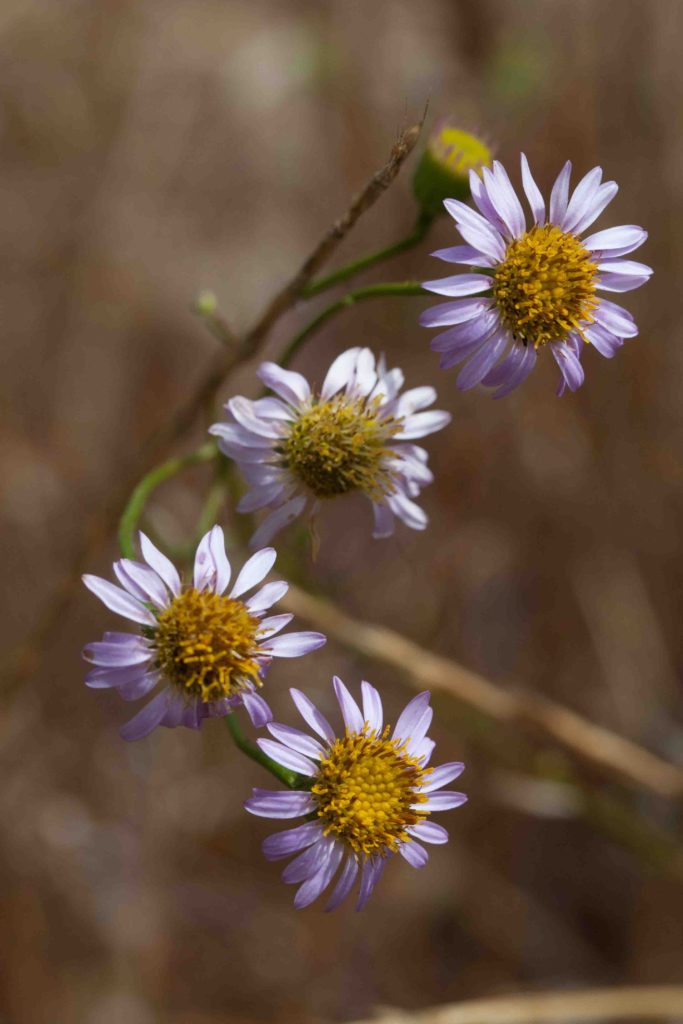 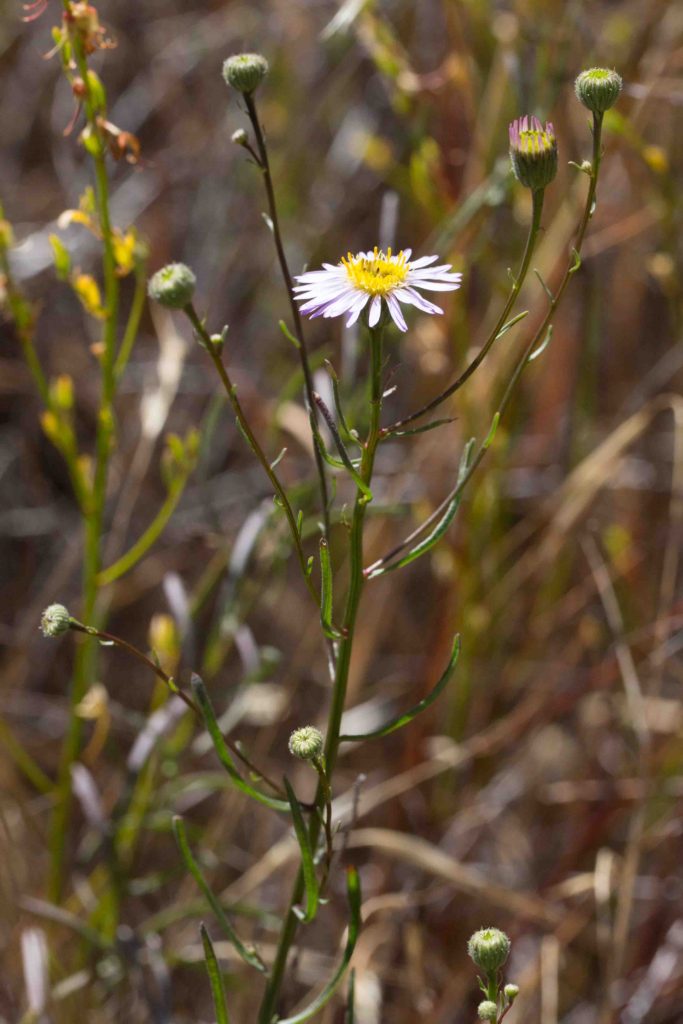 This common flower varies in color from pure white to lavender.  It has a very large number of ray flowers (80–165) and disk flowers.  Leaves are fleshy, and spoon-shaped to ovate.  Occasionally found clinging to near-vertical cliffs.  Photos #3-4 by CJH. 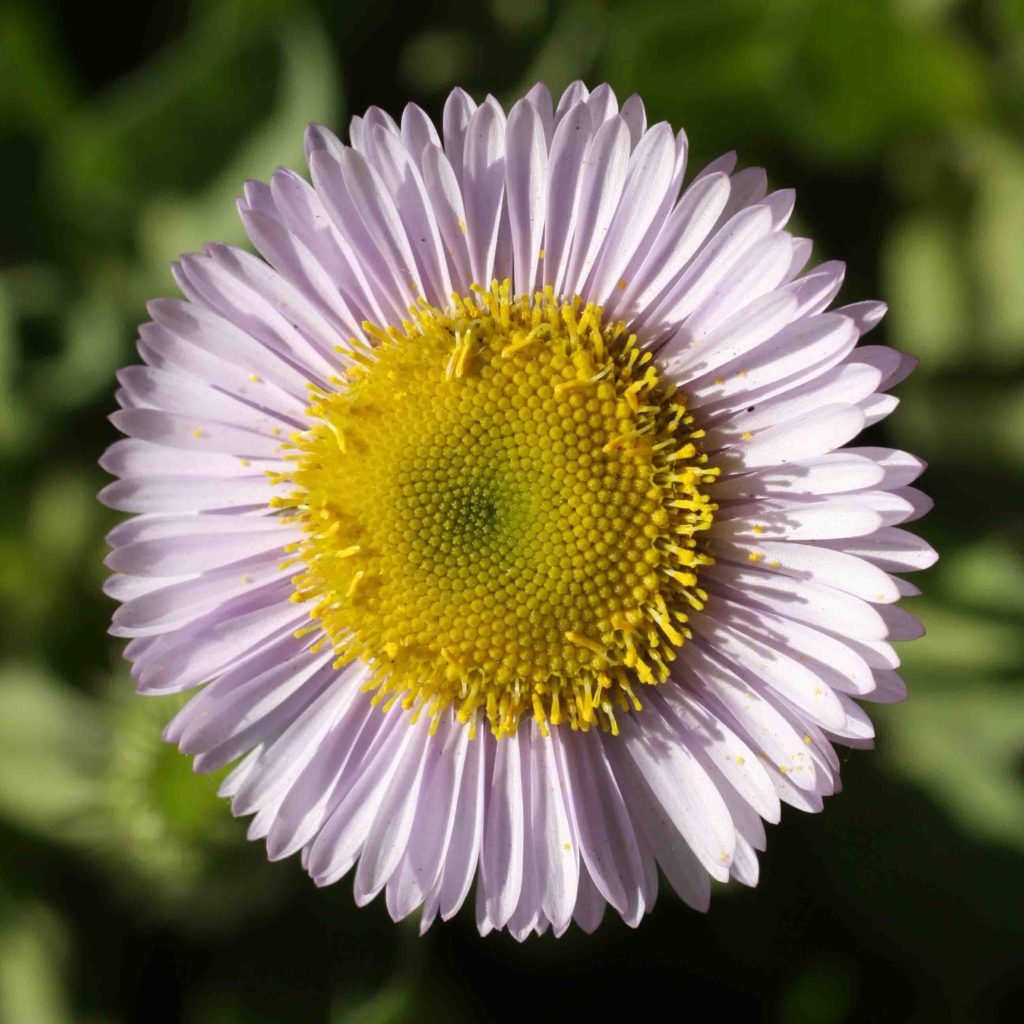 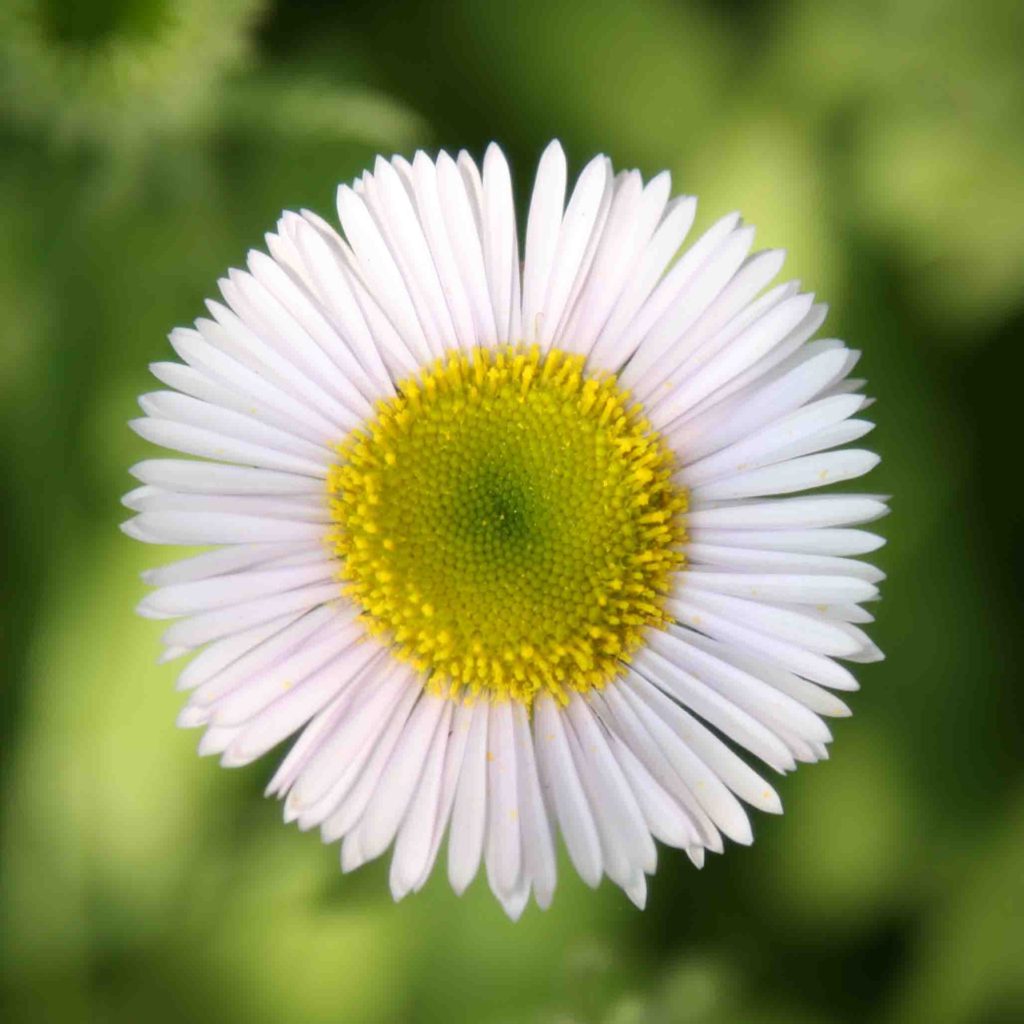 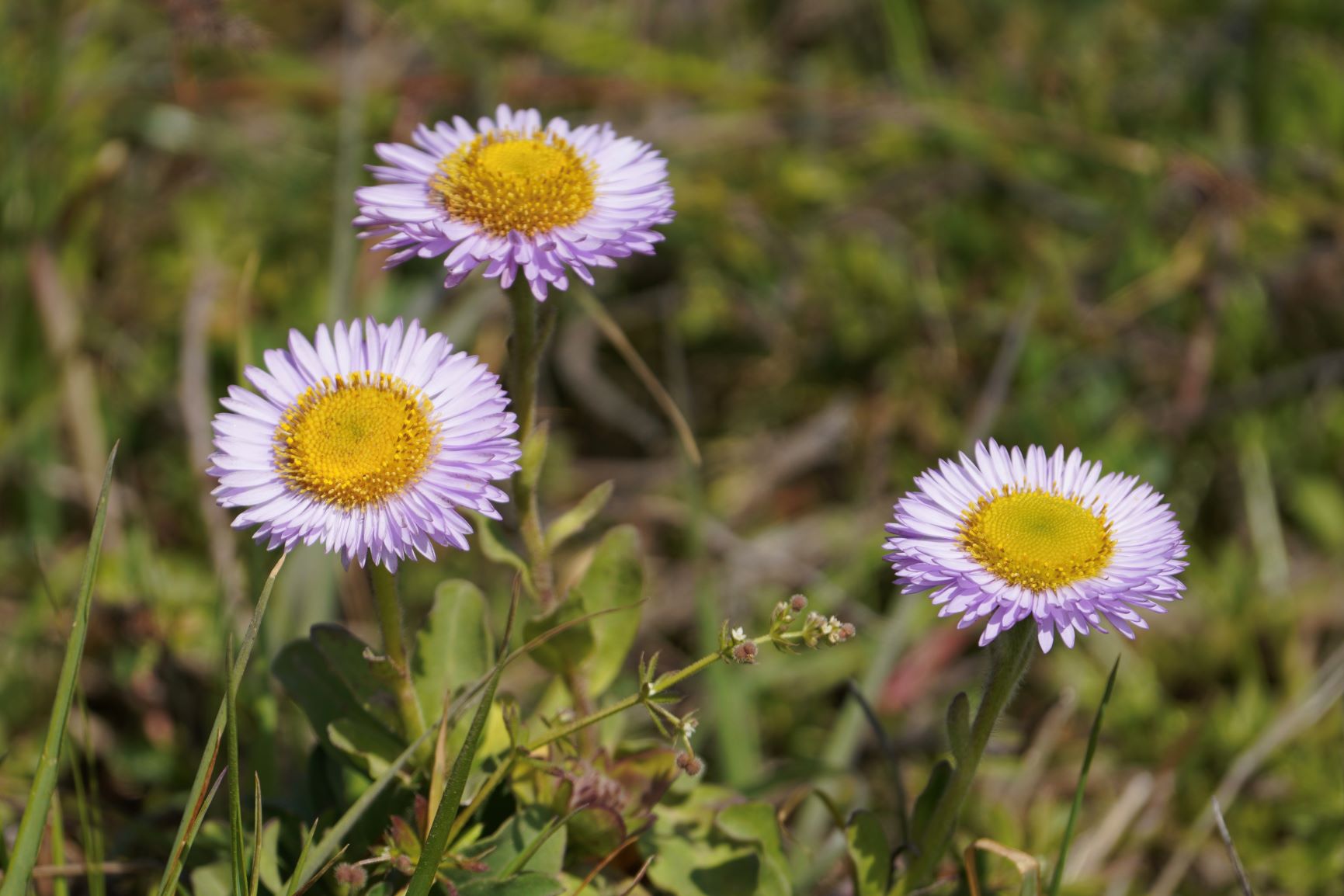 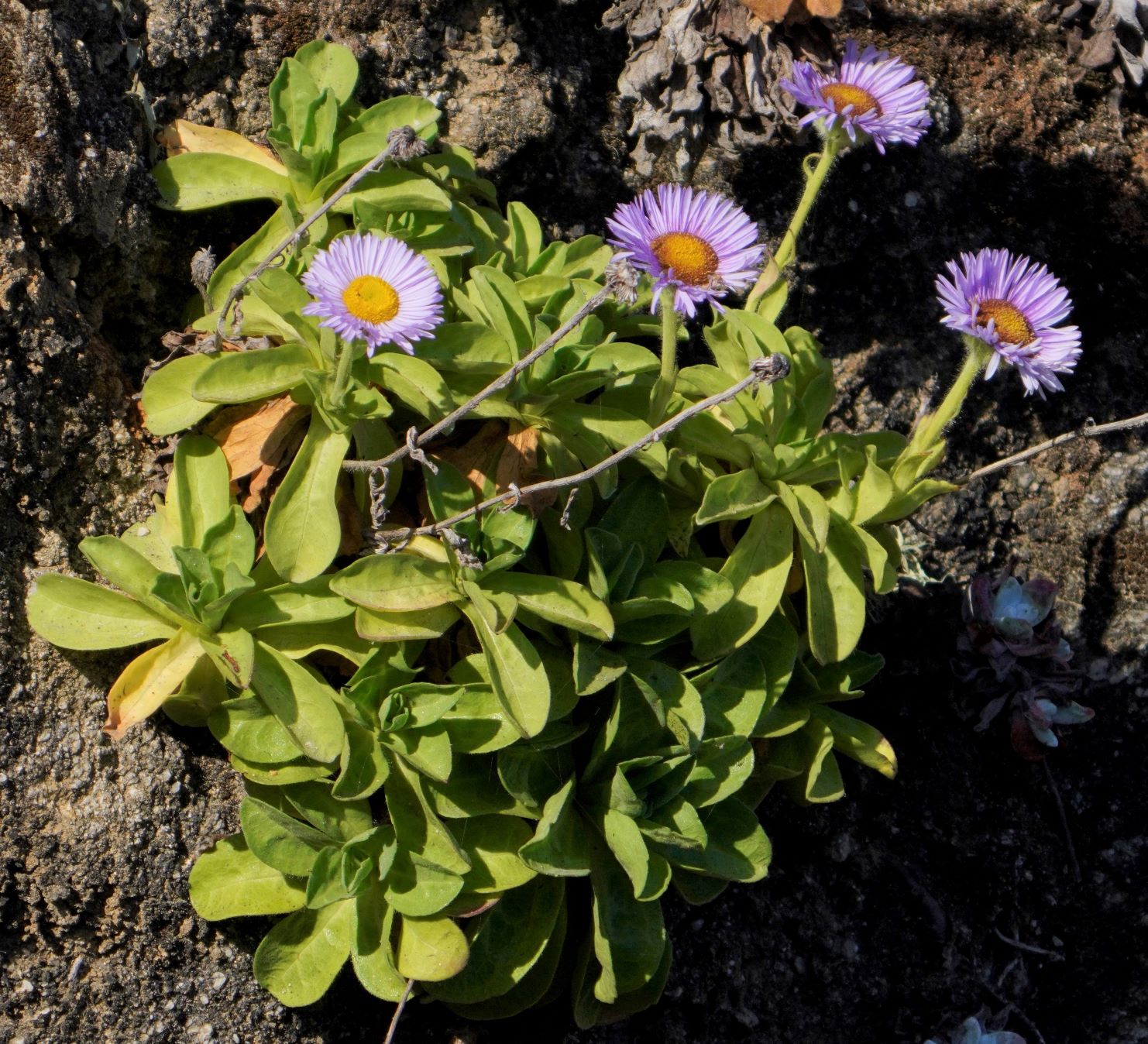 Commonly cultivated and occasionally escaping.  This has flowers similar to those of the English Daisy (Bellis perennis, see above), but a little larger and with many more, slender phyllaries.  Leaves are 1–5 cm long, the lower 3-toothed or -lobed.  The plant forms mounds and spreads readily. 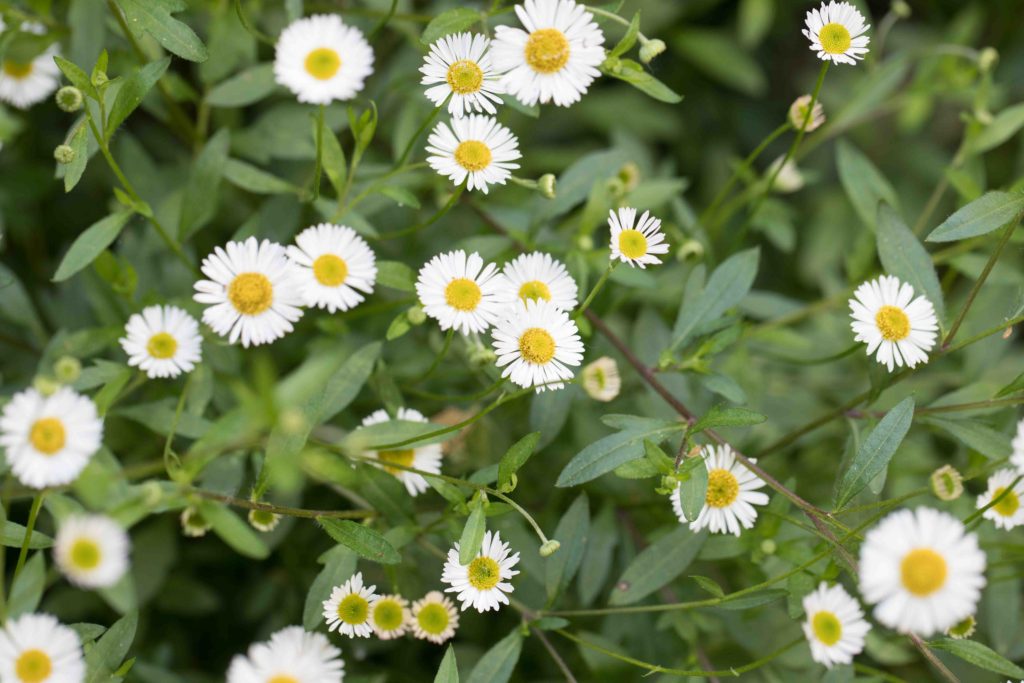 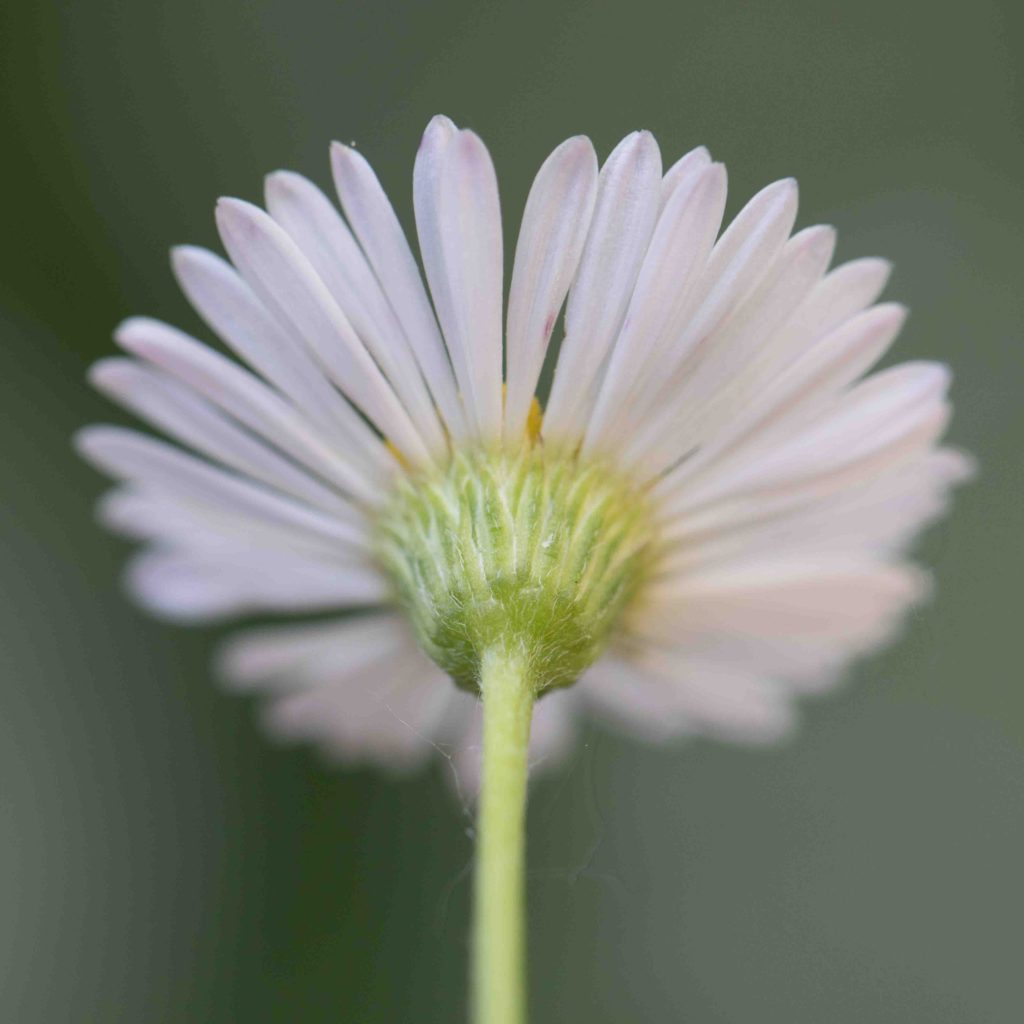 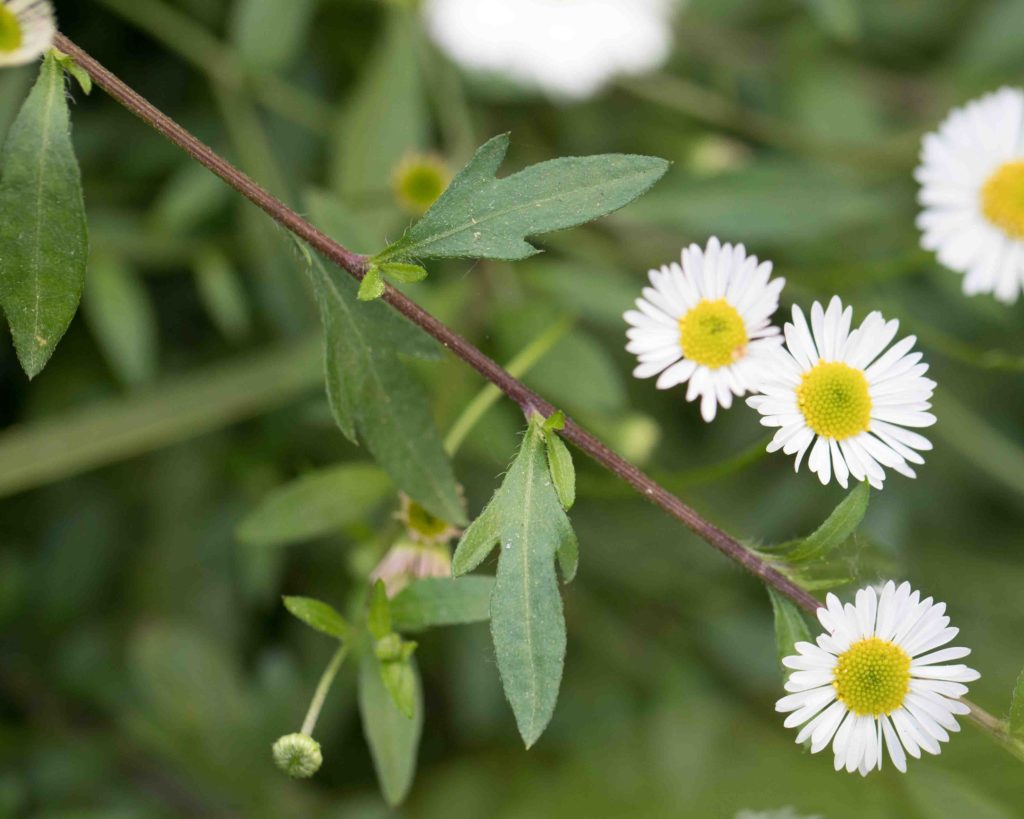 Common, sometimes found in extensive patches.  20–60 ray flowers, 12–20 mm long.  Leaf-like bracts often subtend the flower head.  There is a usually a noticeable white gummy substance, exuding from the flower head during the early stages of blooming.  Leaves are shallowly toothed, and may clasp the stem.  Photos #2 and 4 by CJH. 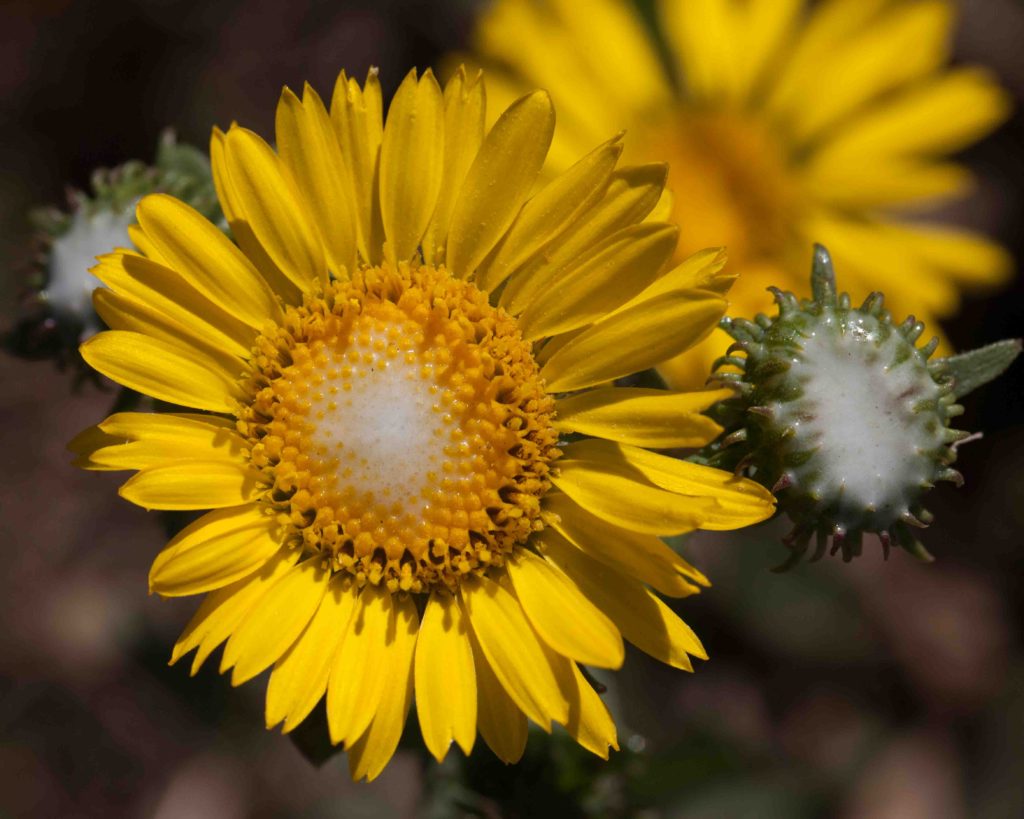 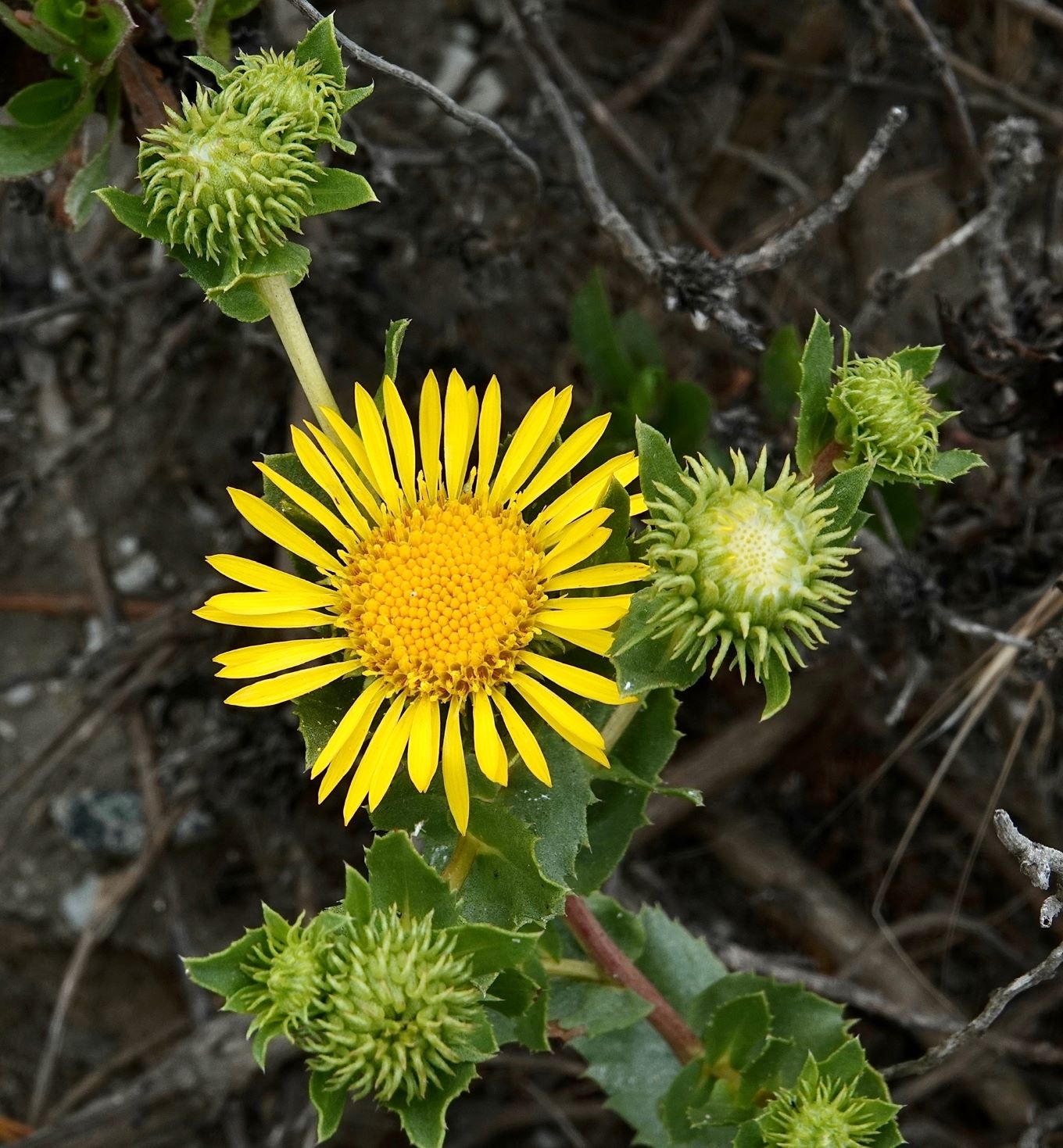 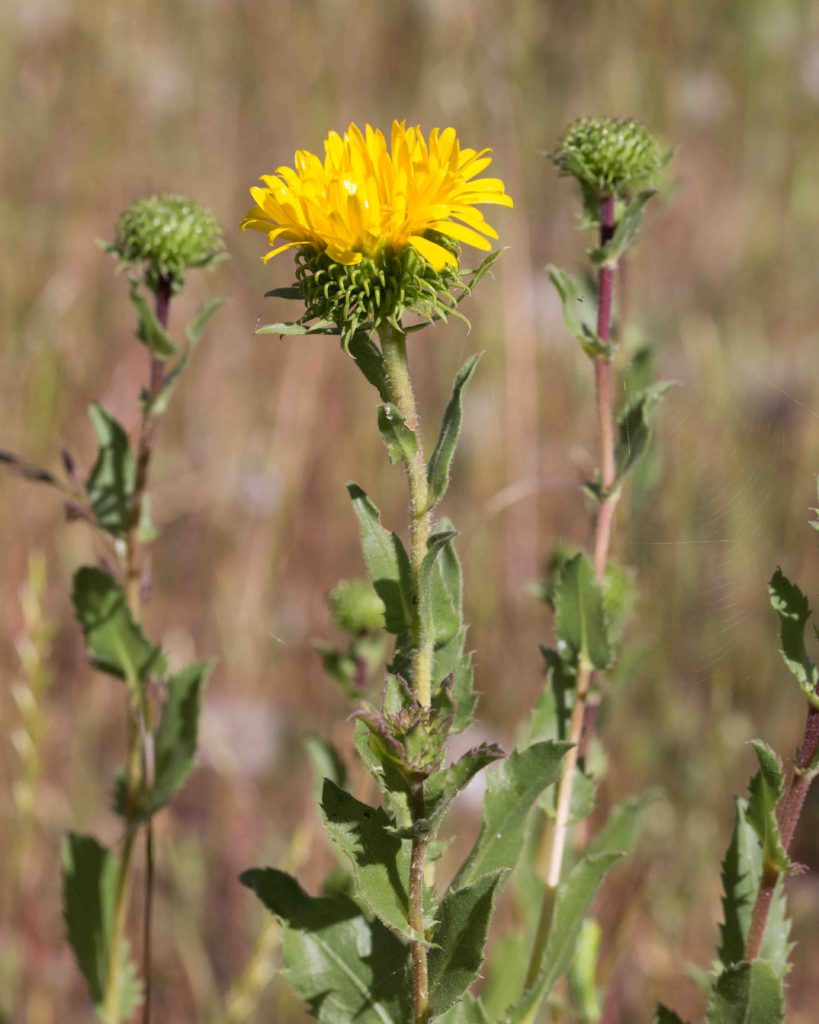 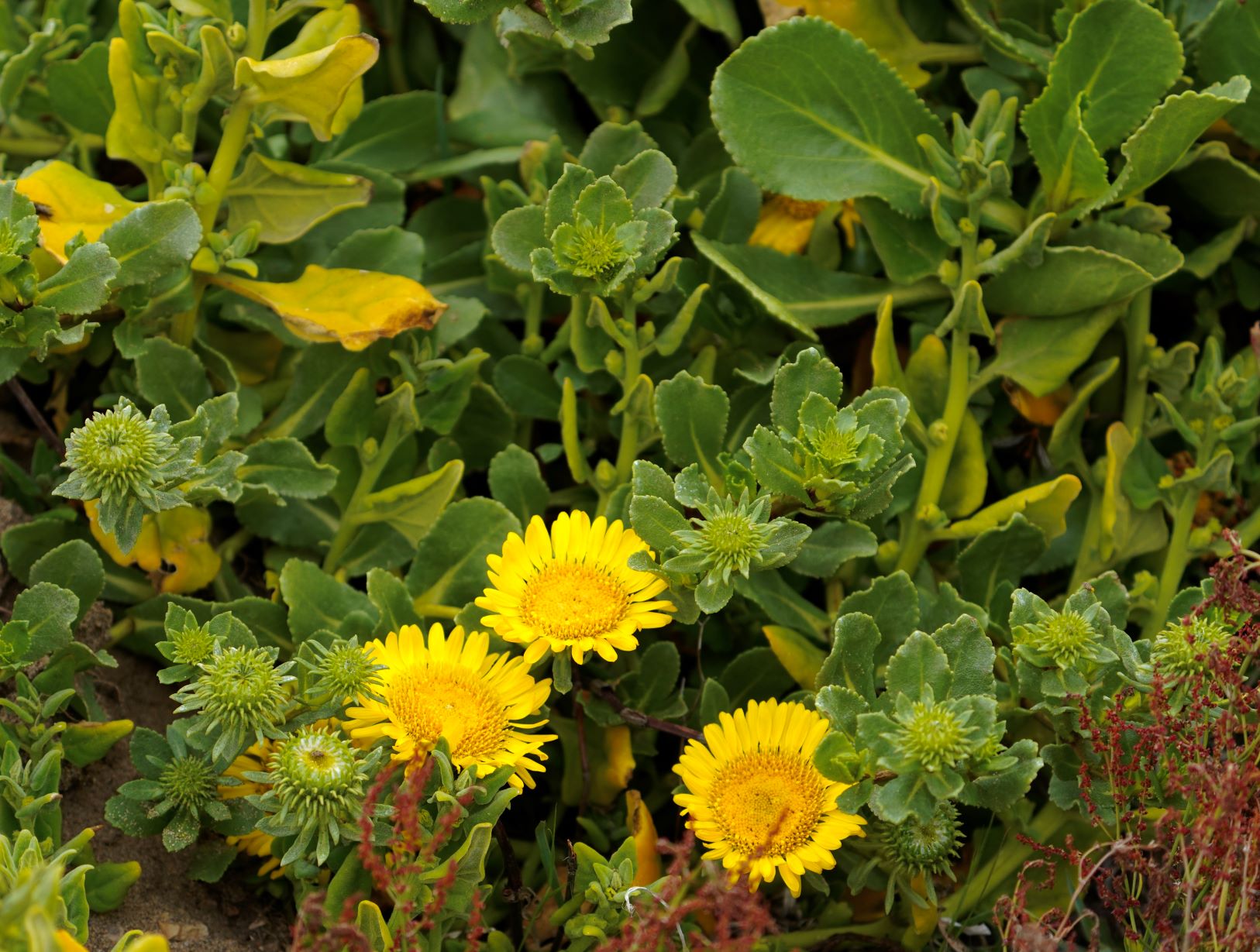