The Sunflower family is a very large family with over 25,000 members.  Botanists subdivide the family into a number of tribes of which 14 are represented in Monterey County, one of these, the Heliantheae or Sunflower tribe, being further broken down into subtribes of which 9 are represented in Monterey  County. The Cichorieae (Dandelion) tribe has two distinctive features.  The first is that they all have stems with milky sap.  The second (and more important) is that they do not have disk and ray flowers like typical daisies.  Instead they have what are called “ligules” which resemble strap-like ray flowers but, unlike ray flowers, have both male and female parts – without which no reproduction would be possible.  Another difference is that ray flowers have 0–3 lobes at the tip; ligules have 5. This page covers a few plants with particularly prominent seedheads.

A rare plant, this has slender, entire to lobed basal leaves that are up to 35 cm long and a single inflorescence on a long, erect or curving peduncle. The head may be nodding in bud. The single flower head contains 25–70 yellow ligules. At the tip of the straw-colored or dull white body of the fruit is a large, similarly colored pappus made up of 5–10 long, bristly scales.  Although very slender, these are not bristle-tipped like those of Uropappus (Uroappus lindleyi). 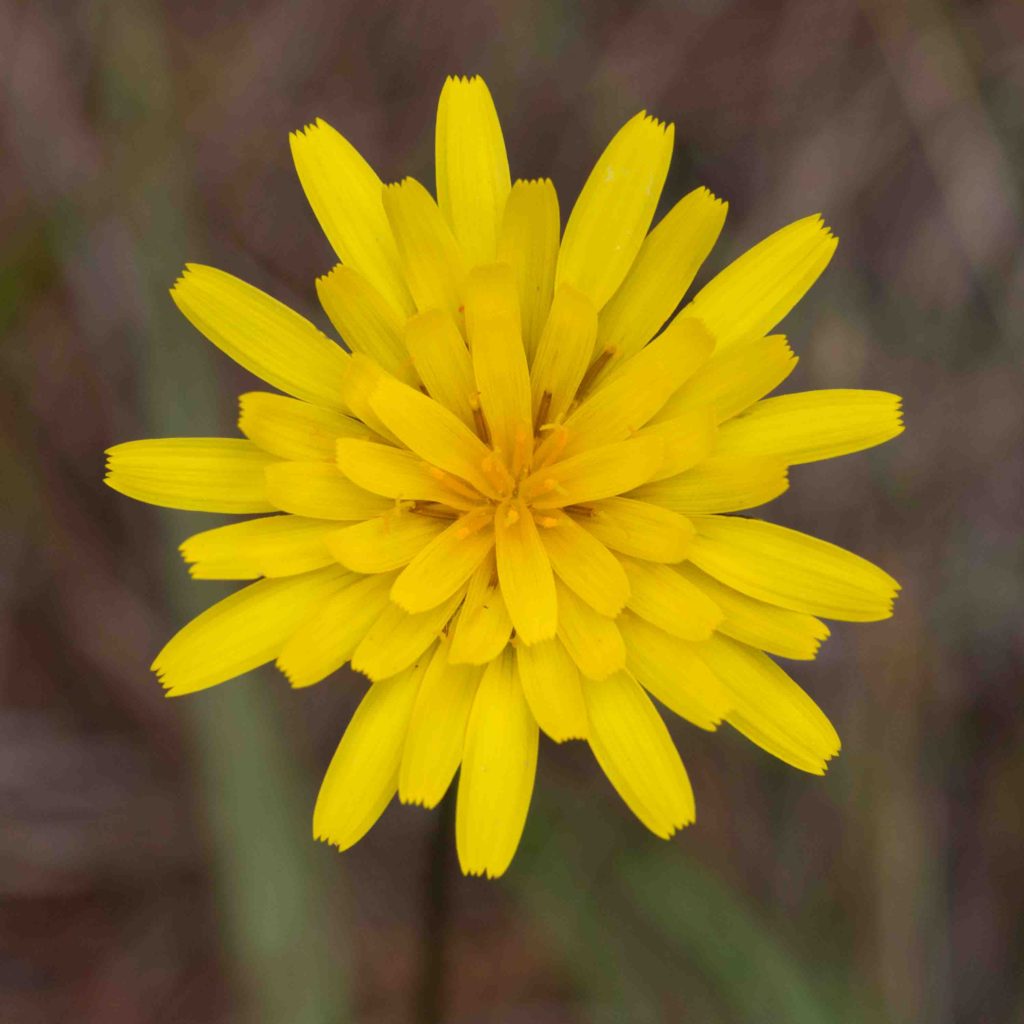 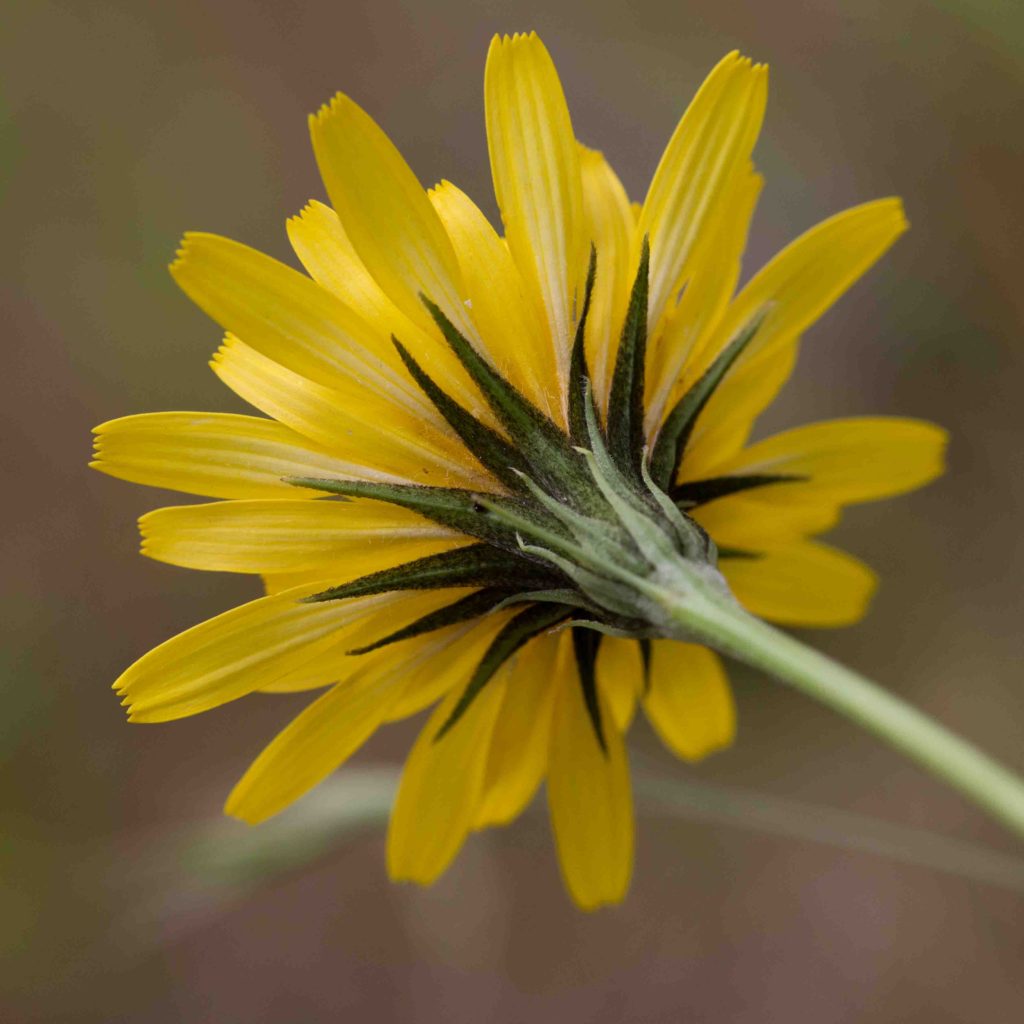 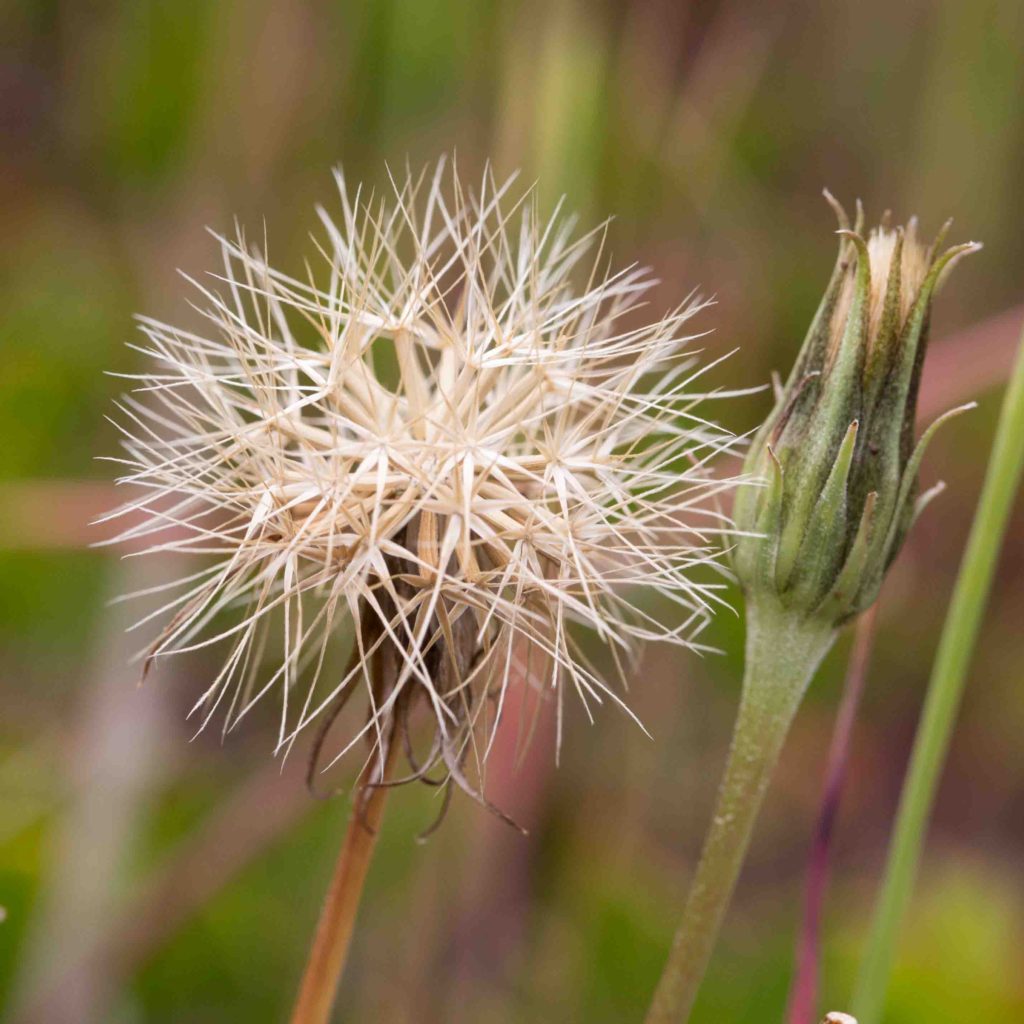 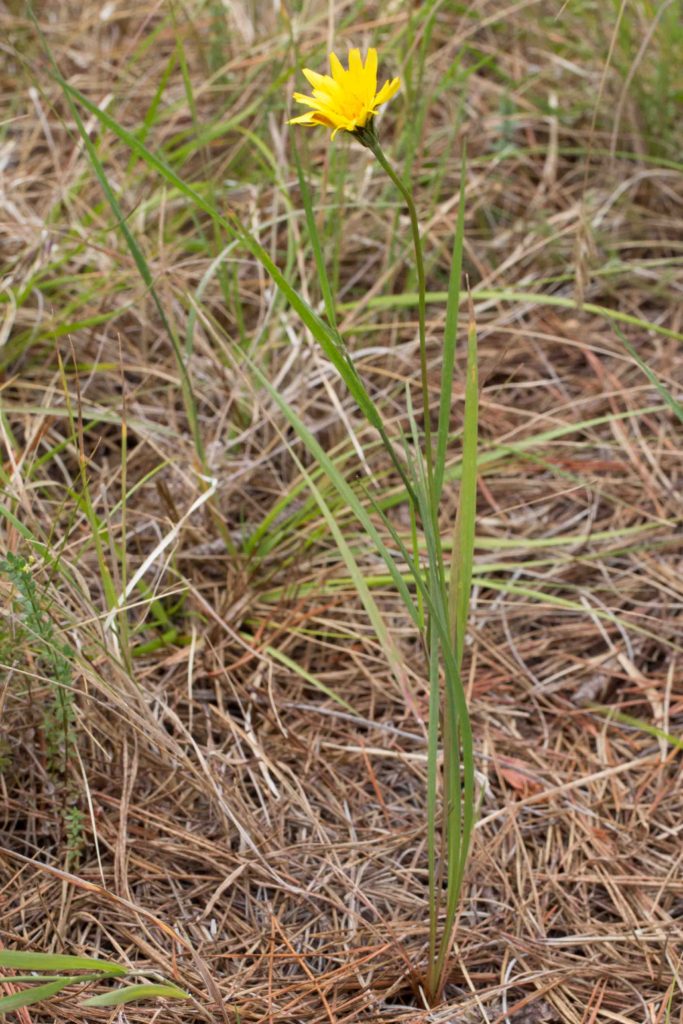 This has a basal rosette of slender 5–35 cm long leaves. The inflorescence is on a tall peduncle bearing a solitary flower head with creamy-white to pale yellow ligules, often reddish on the lower surface. Phyllaries are glabrous, in 2–4 series. Fruits are 10-ribbed, gray to brown, each with a pappus of 5 long, dull white to brown scales with a 3–8 mm long bristle extending from the notched tip. 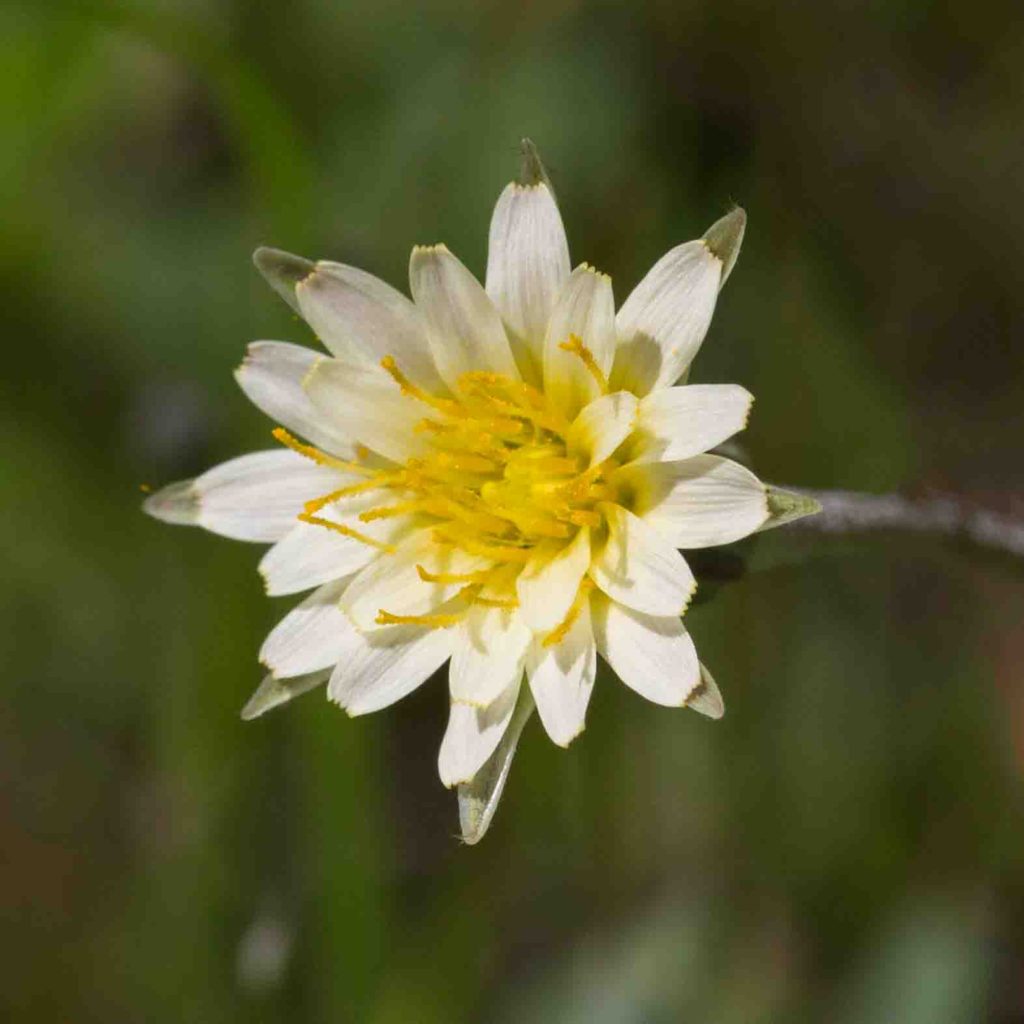 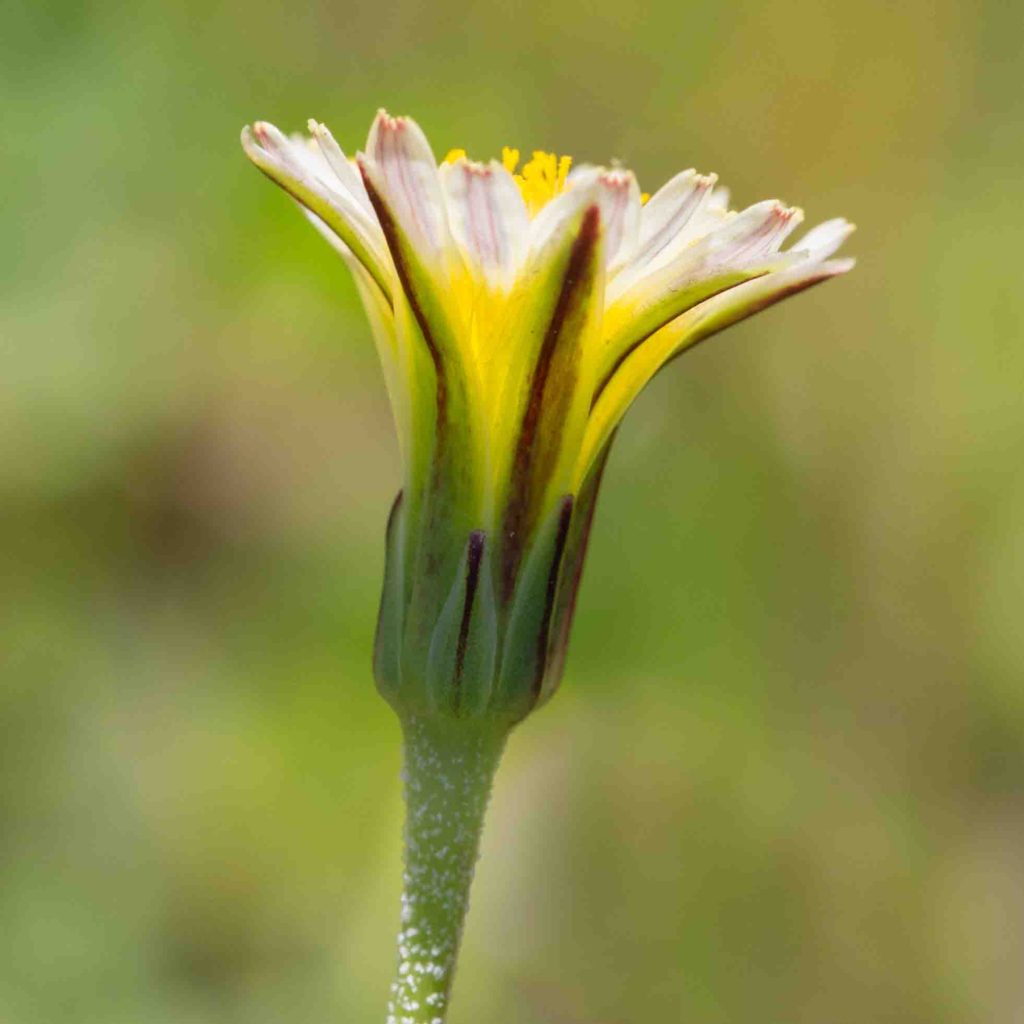 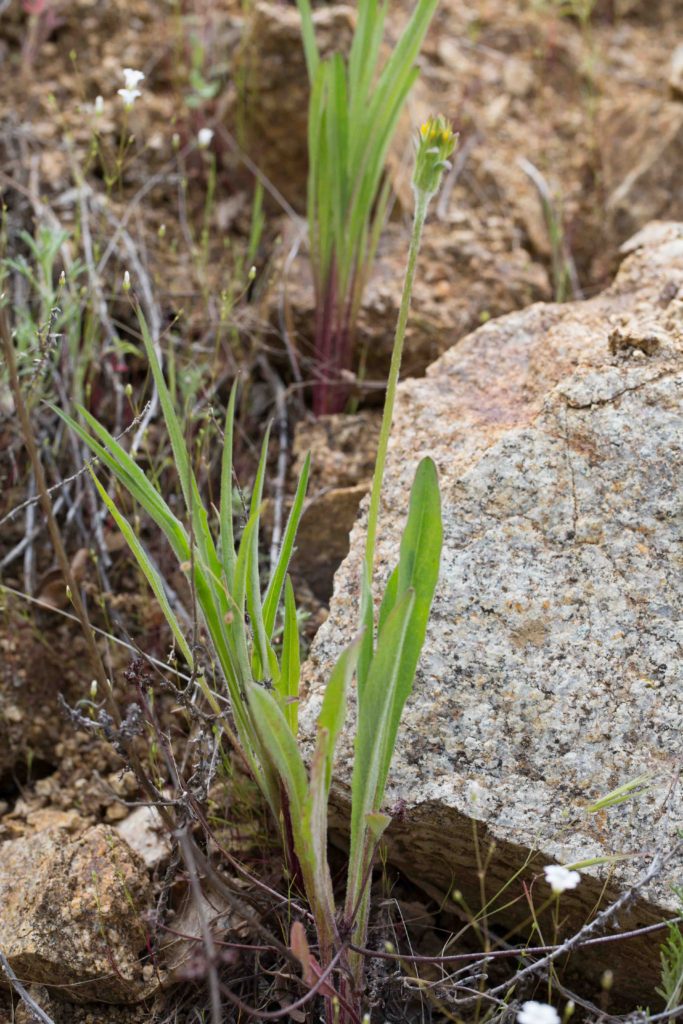 Generally a tall plant with distinctive flowers, the ligules pale to rich purple and exceeded by the long subtending phyllaries. Unlike the other plants shown on this page, the phyllaries are in a single series, all of the same length. Buds are long and slender.  Leaves are long and grass-like with straight tips.  Fruiting heads are impressively large, each fruit with a pappus of stout plumose bristles. 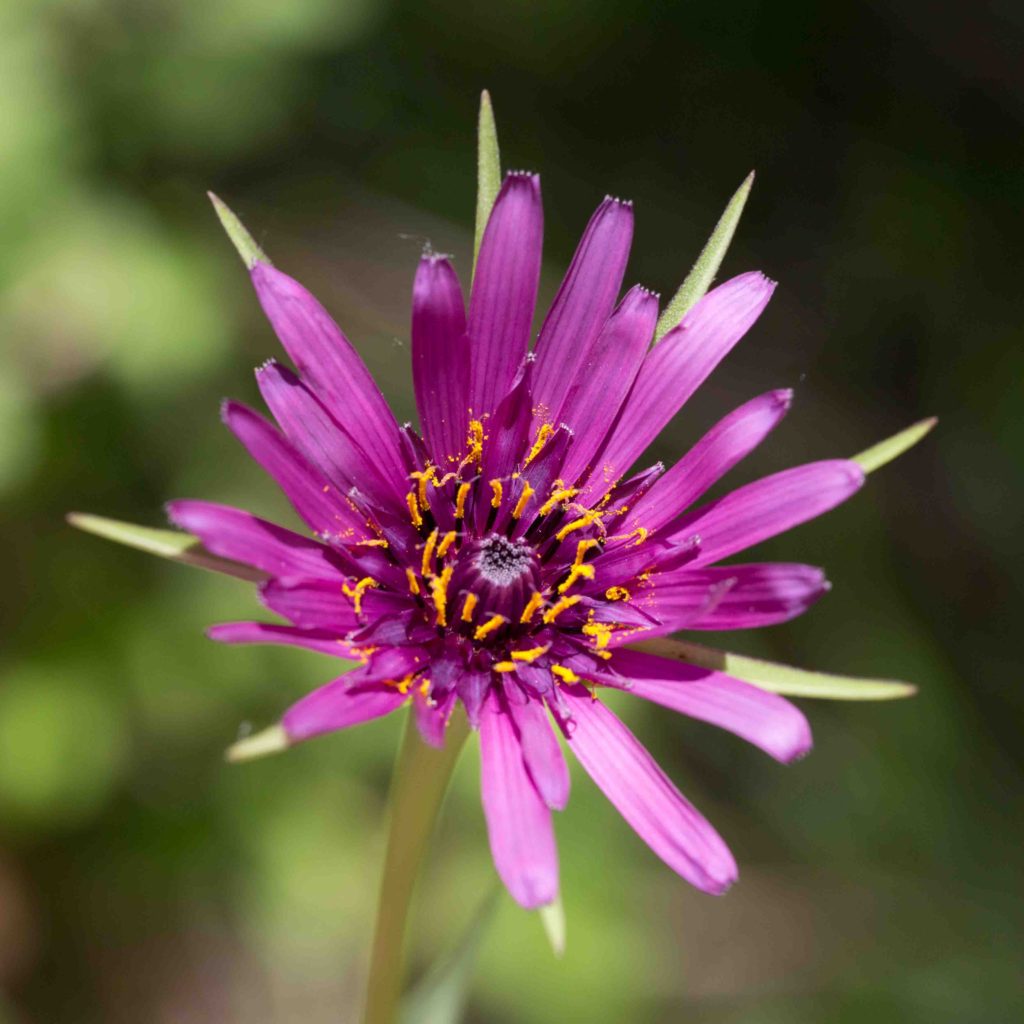 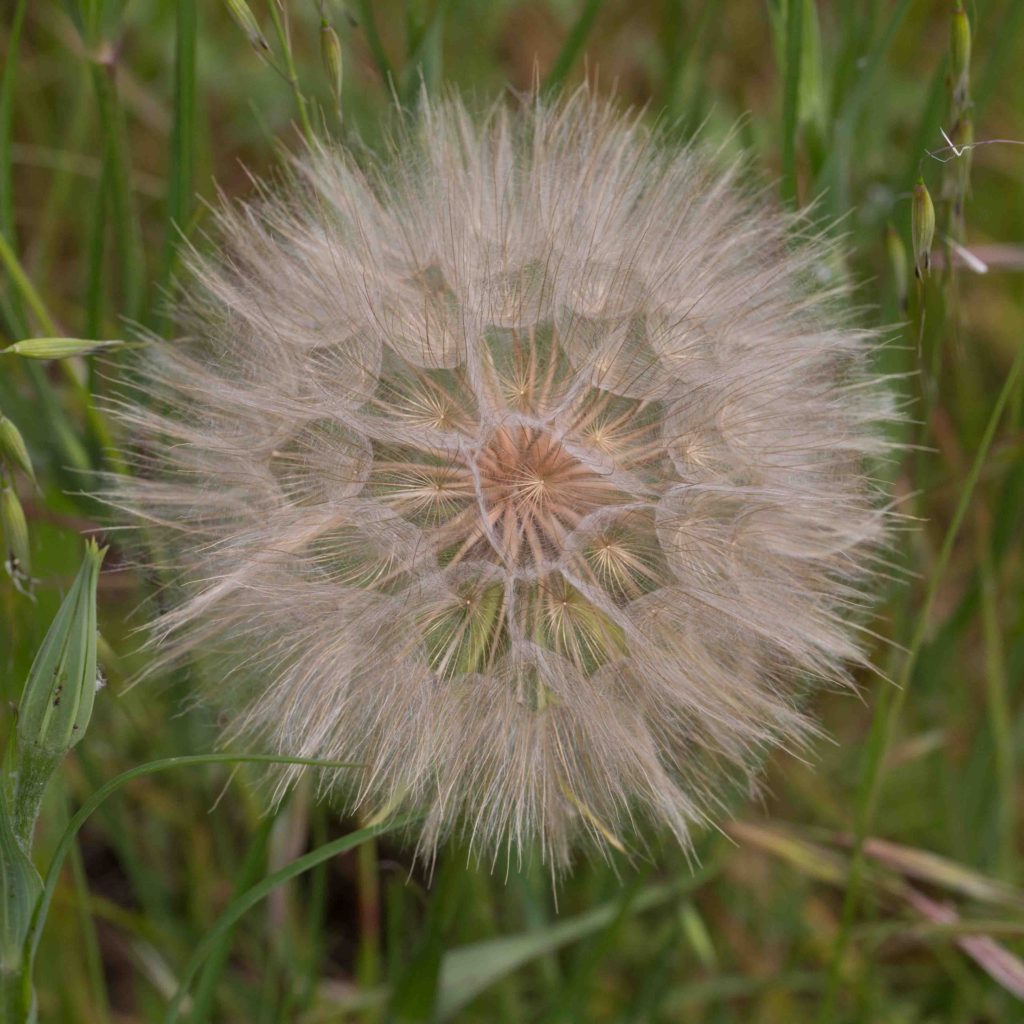 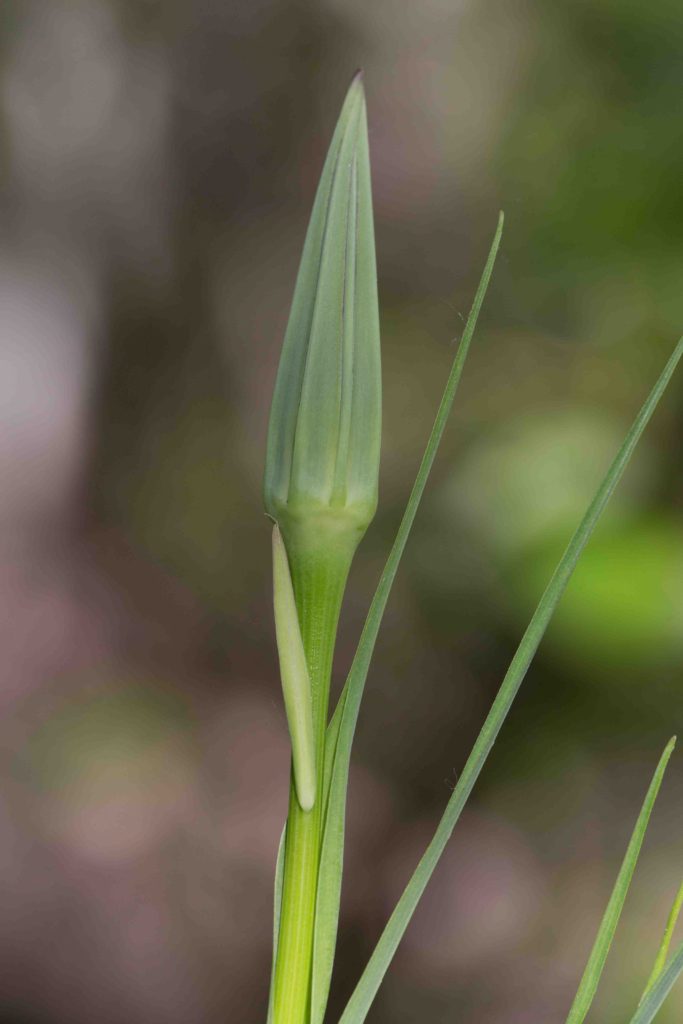 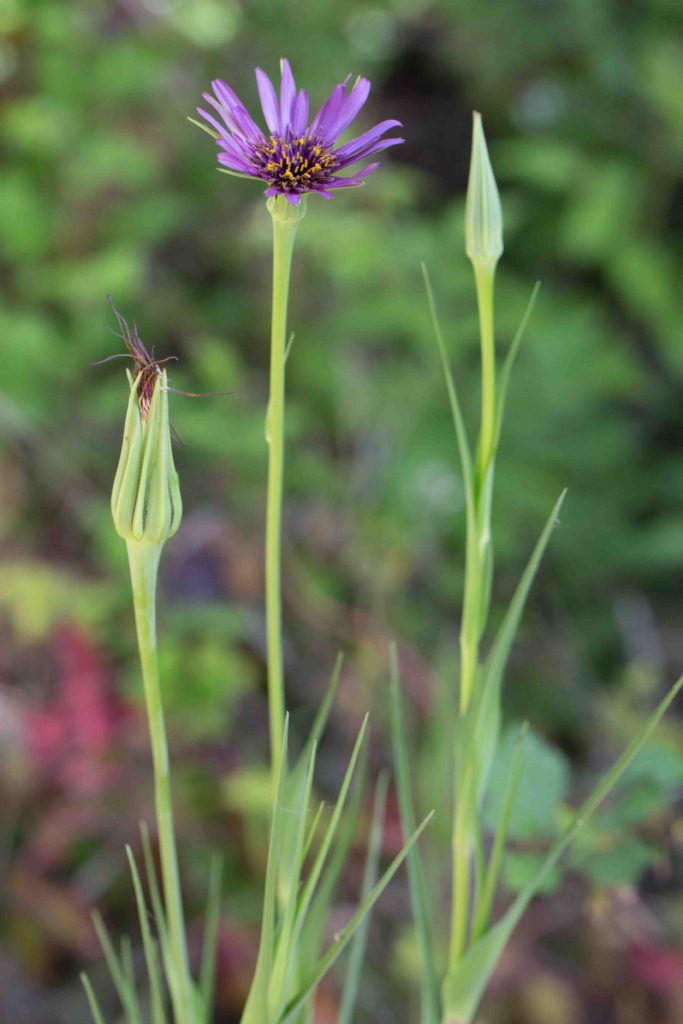 The fruiting head is more often seen than the flowers and is rather more prominent.  The flower has distinctive long phyllaries  in 3–4 series, the longer ones extending past the ligules like the much-larger flowered Salsify (Tragopogon sp.).  Flowers tend to close up by midday.  The fruits have a slender brown body, tipped with 5 silvery pappus scales, themselves very slender and bristle-tipped.  Sometimes confused with Blow-wives (Achyrachaena mollis), but even a cursory examination of Blow-wives will show that its flowers, fruiting heads and growth habit are very different — not surprisingly since it does not belong in the Dandelion tribe at all (it is a member of the Sunflower tribe). 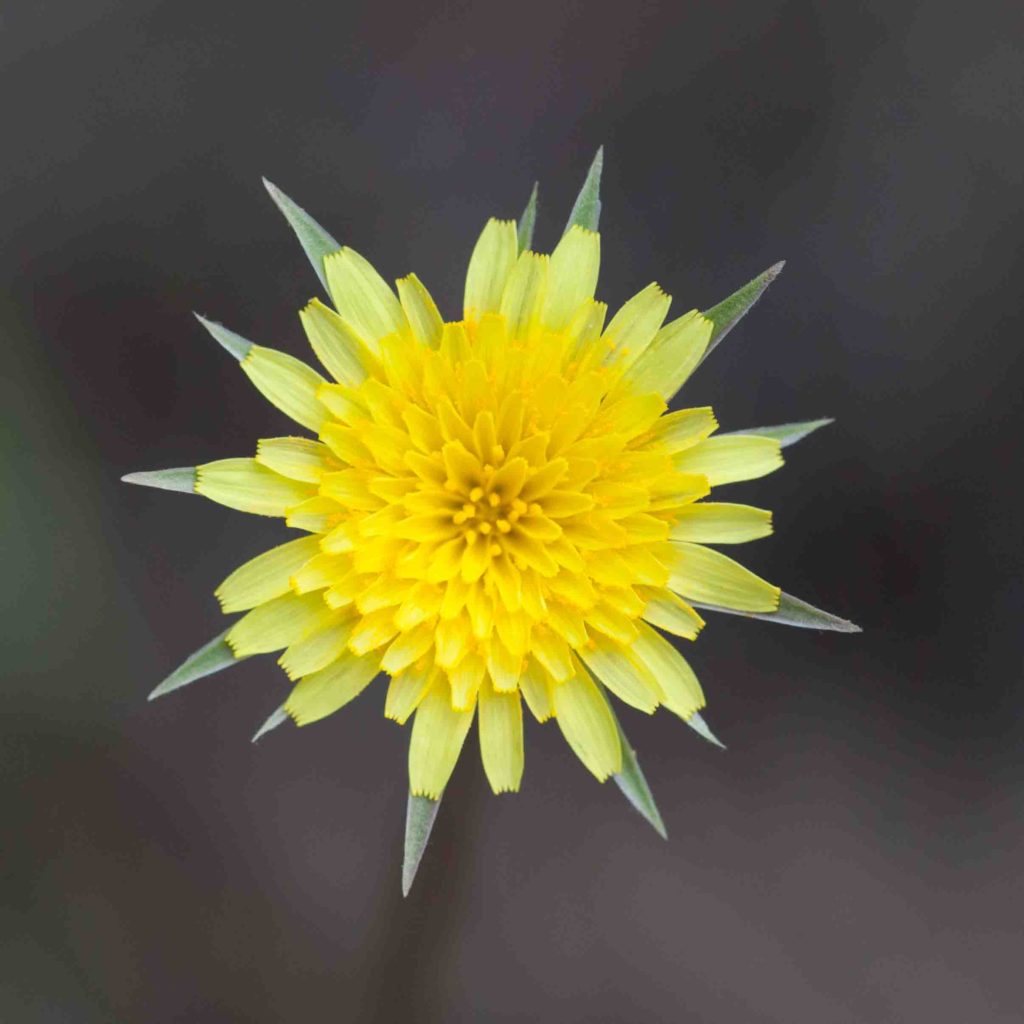 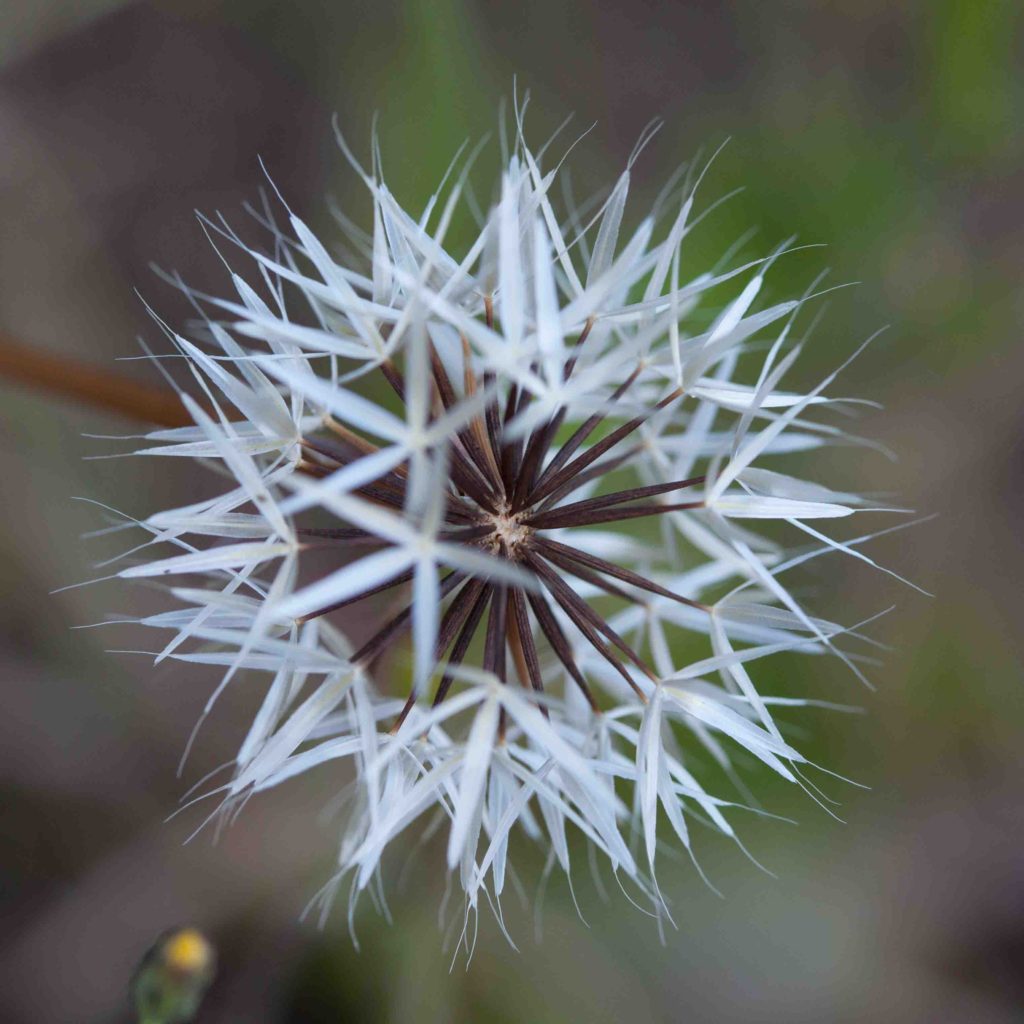 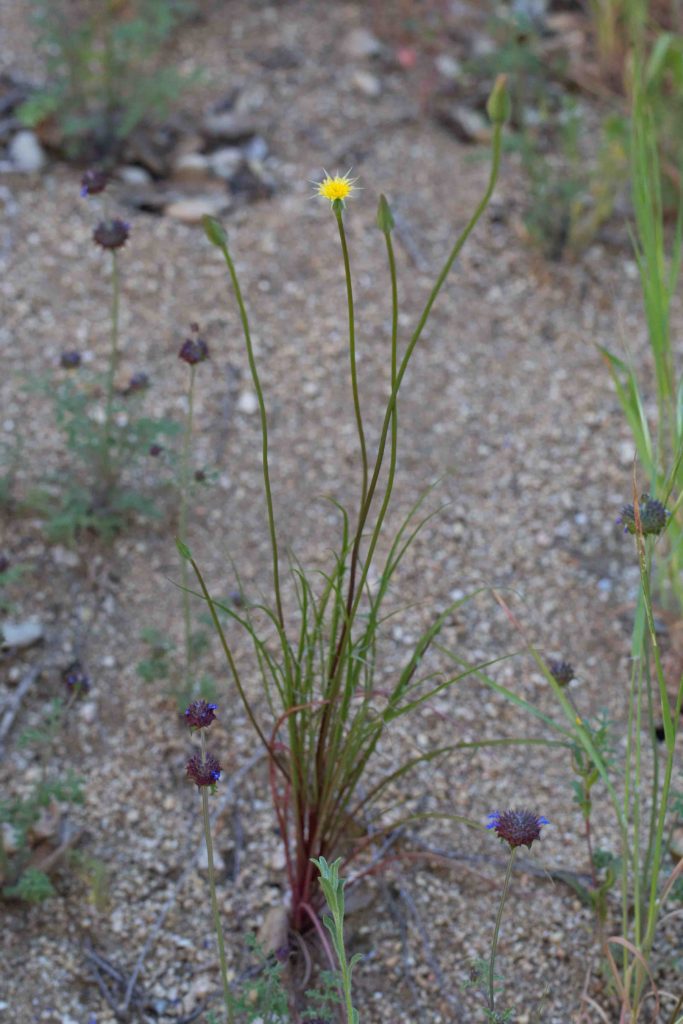 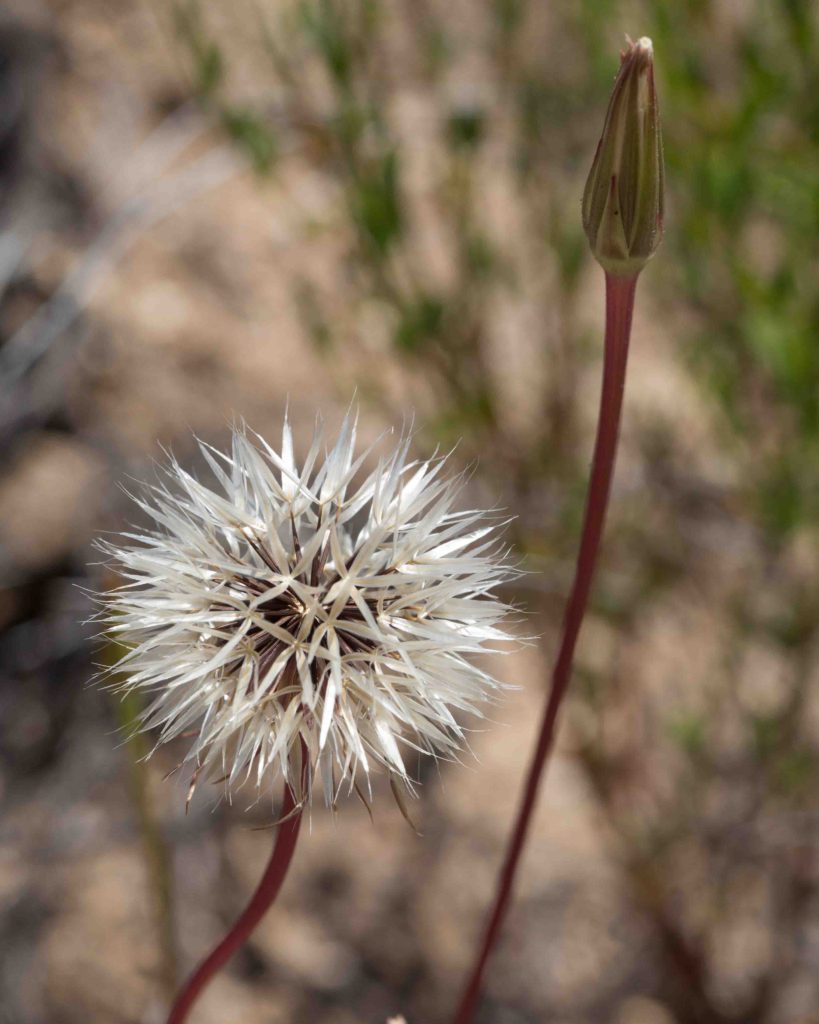