The Sunflower family is a very large family with over 25,000 members.  Botanists subdivide the family into a number of tribes of which 14 are represented in Monterey County, one of these, the Heliantheae or Sunflower tribe, being further broken down into subtribes of which 9 are represented in Monterey  County. The Cichorieae (Dandelion) tribe has two distinctive features.  The first is that they all have stems with milky sap.  The second (and more important) is that they do not have disk and ray flowers like typical daisies.  Instead they have what are called “ligules” which resemble strap-like ray flowers but, unlike ray flowers, have both male and female parts – without which no reproduction would be possible.  Another difference is that ray flowers have 0–3 lobes at the tip; ligules have 5. This page covers some of the Stephanomerias or Wire-lettuces.  These are variable and can be extremely difficult to identify with certainty; careful attention needs to be paid to the number of ligules, the length of the peduncle, the form of the fruits, and whether the phyllaries are appressed or recurved.

This is most readily distinguished by the number of its ligules, 9–15, always pink, and outer phyllaries which are generally reflexed. Its peduncles are  3–7 mm long. The fruits are grooved and may be either smooth or roughened. The pappus elements, like those of the Rod & Wand Wire-lettuces (Stephanomeria virgata), are plumose their entire length and may be either white or tan. 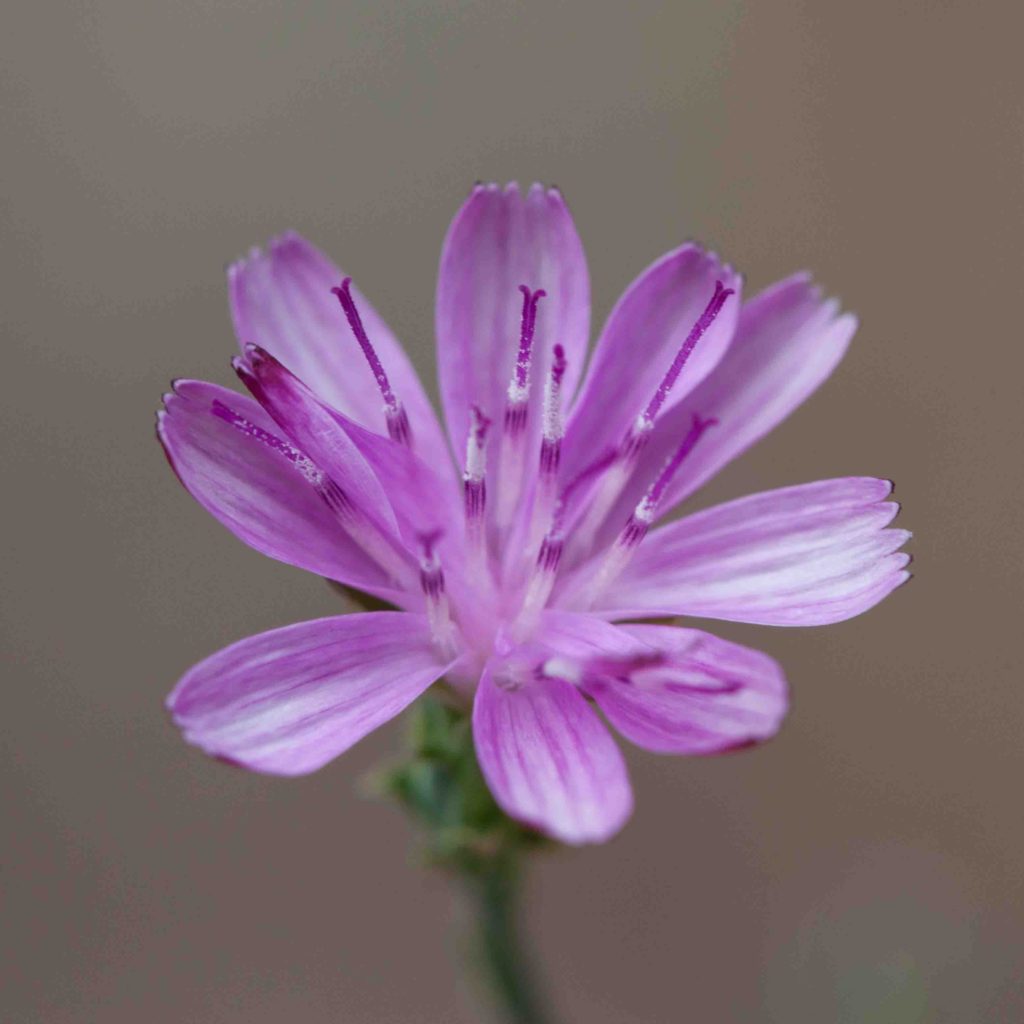 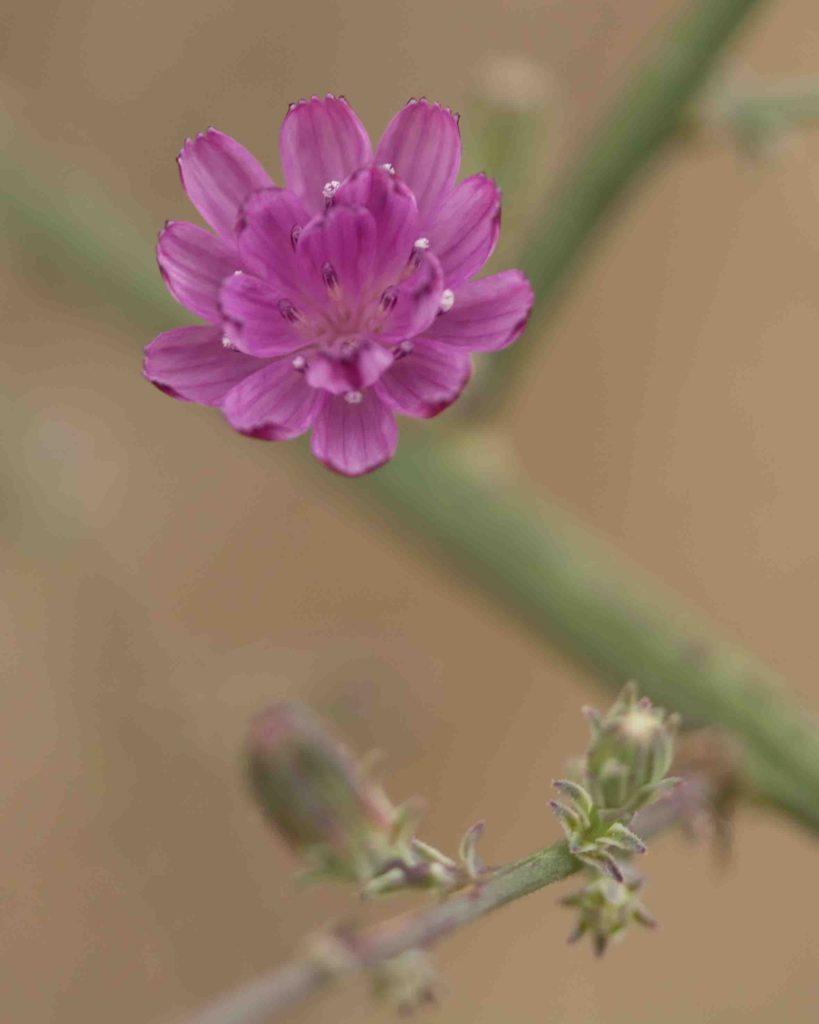 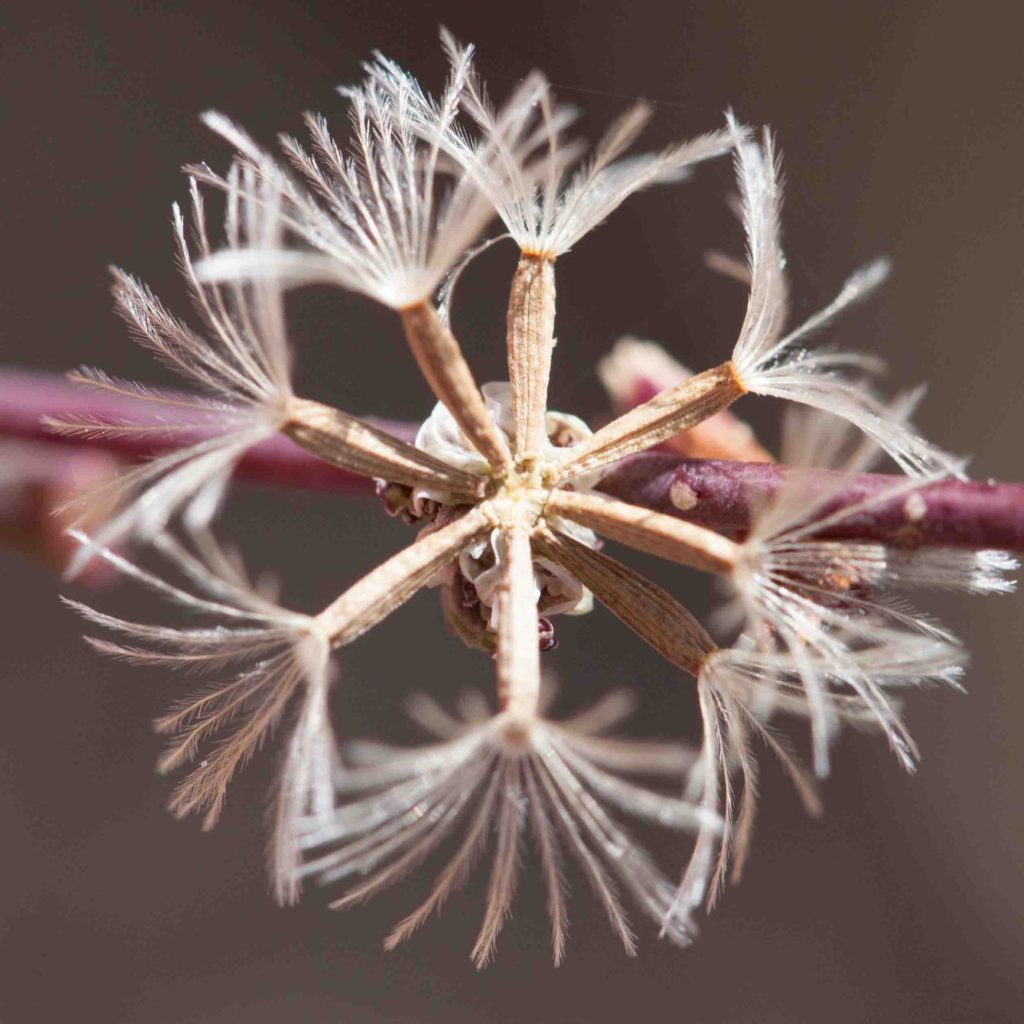 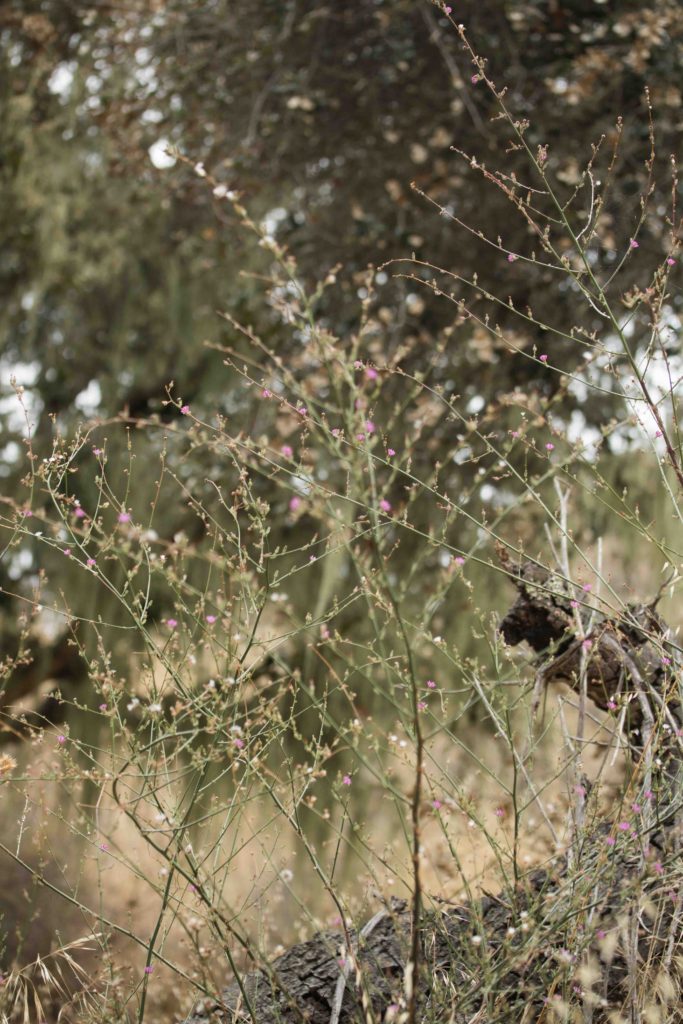 There are two subspecies of  Stephanomeria virgata, both having dark poink (occasionally white) flowers. Subsp. pleurocarpa has 5–6 ligules and its outer phyllaries are appressed. It is more common than subsp. virgata which has 8–9 ligules and outer phyllaries which are strongly reflexed. It typically has a prominent main stem and wand-like branches (virgata being latin for wand-like). The peduncles are short, 3–10 mm. Common late summer bloomer. The fruits are smooth to tubercled but are not grooved (unlike Santa Barbara Wire-lettuce (Stephanomeria elata) and certain other stephanomerias).  The pappus elements are plumose for their entire length (again unlike certain other stephanomerias). 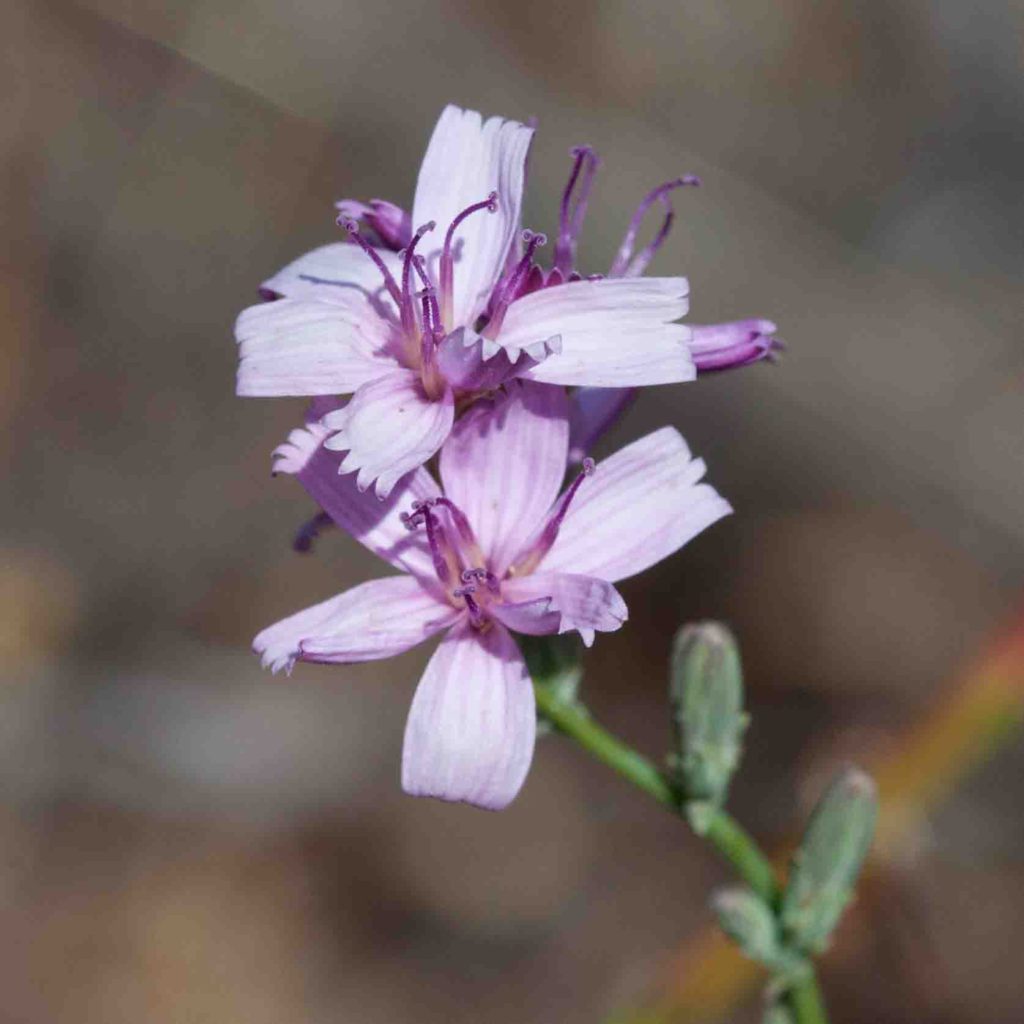 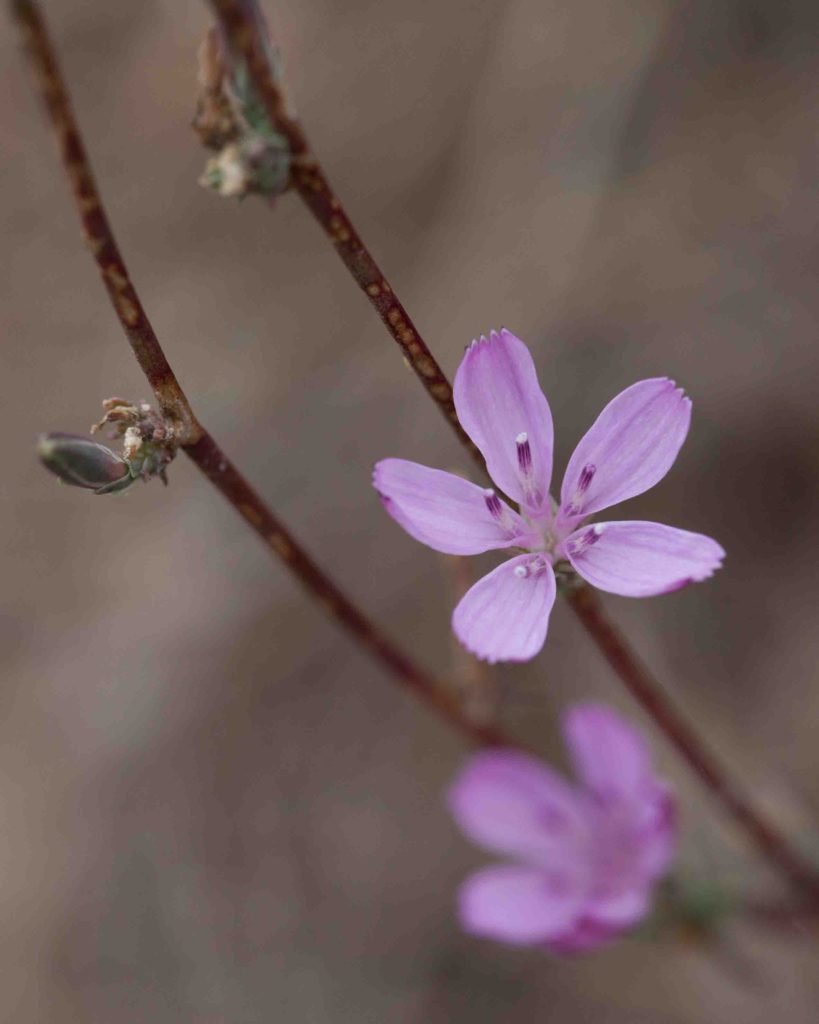 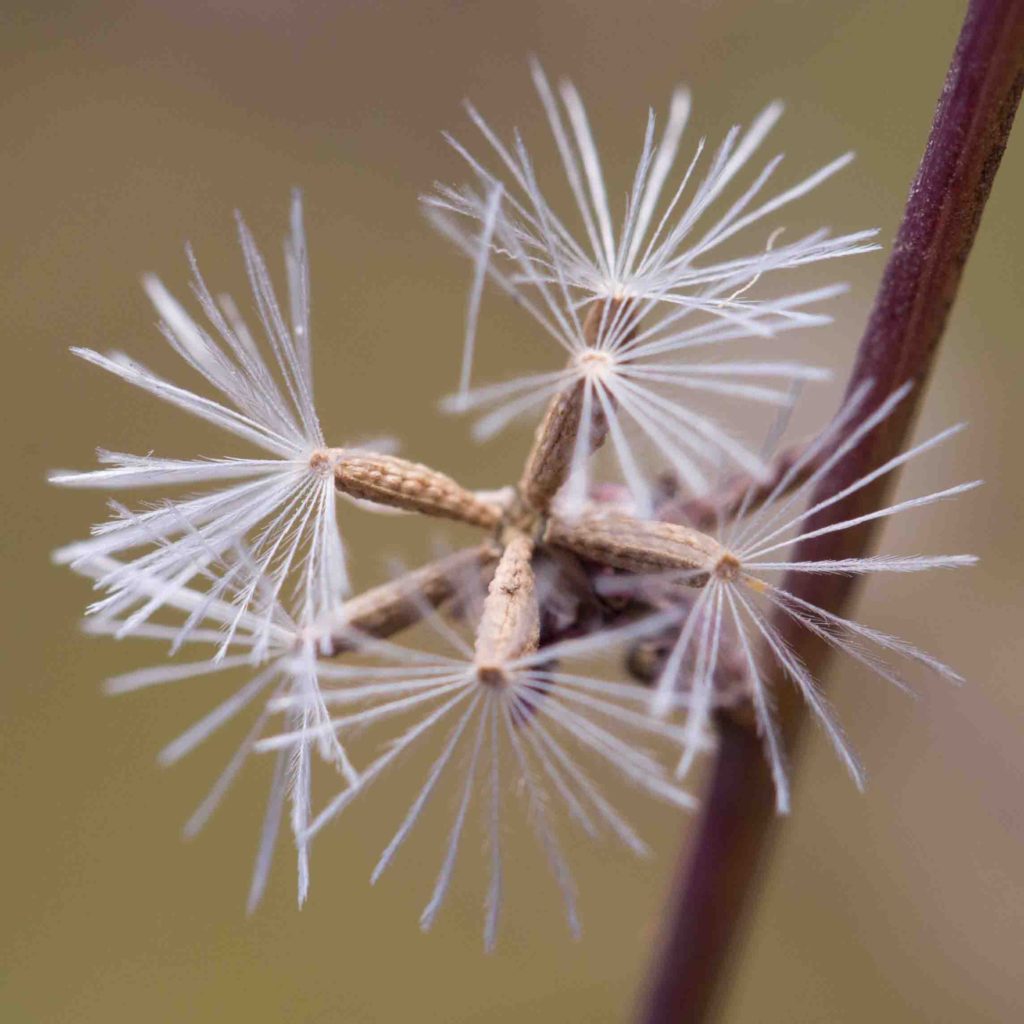 This is essentially identical to Wand Wire-lettuce (Stephanomeria virgata subsp. pleurocarpa) except that it has 8–9 ligules and outer phyllaries which are strongly reflexed. 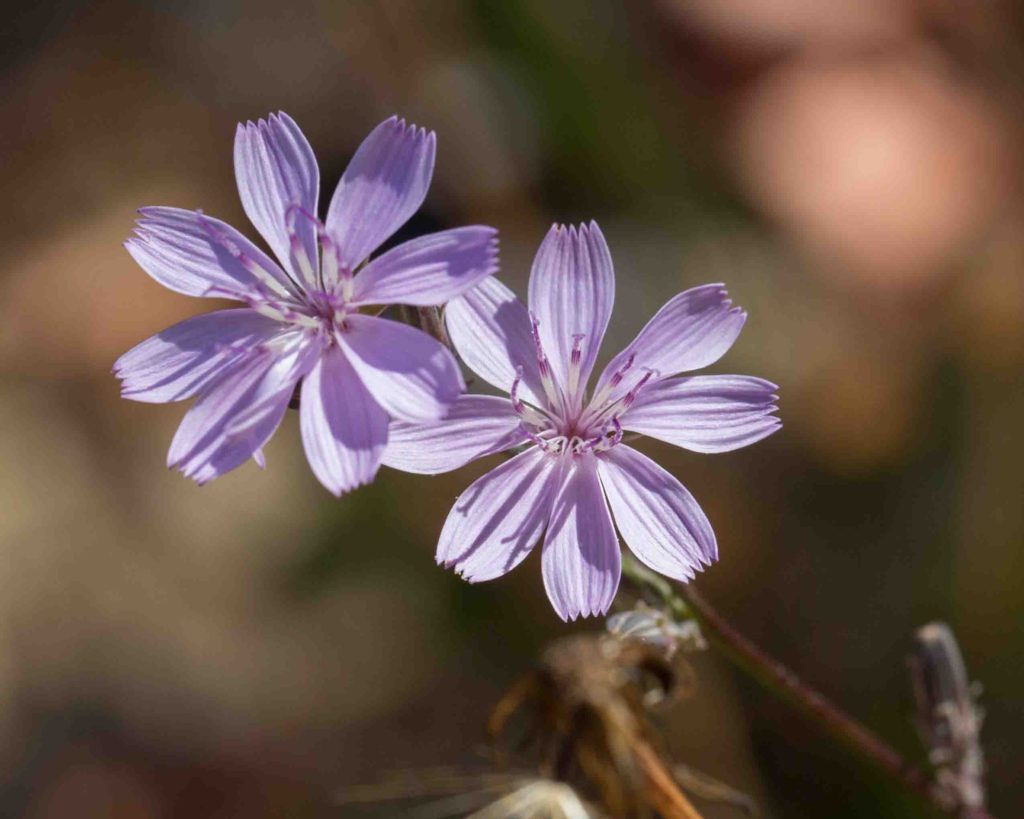 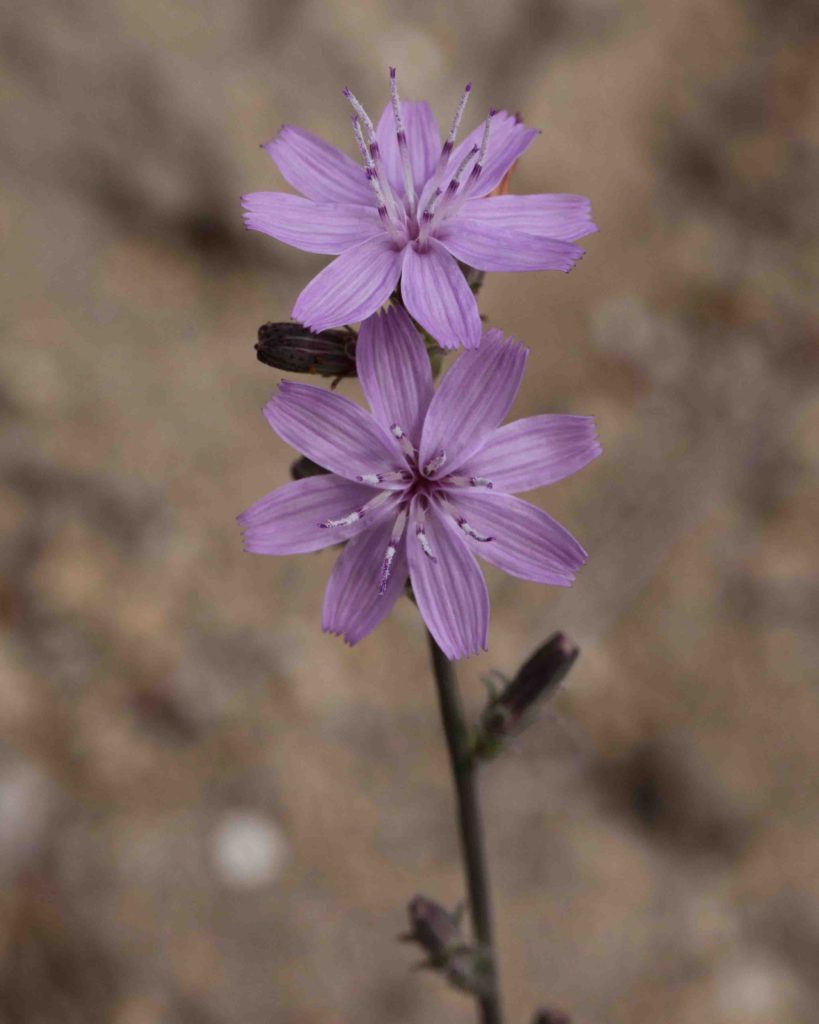 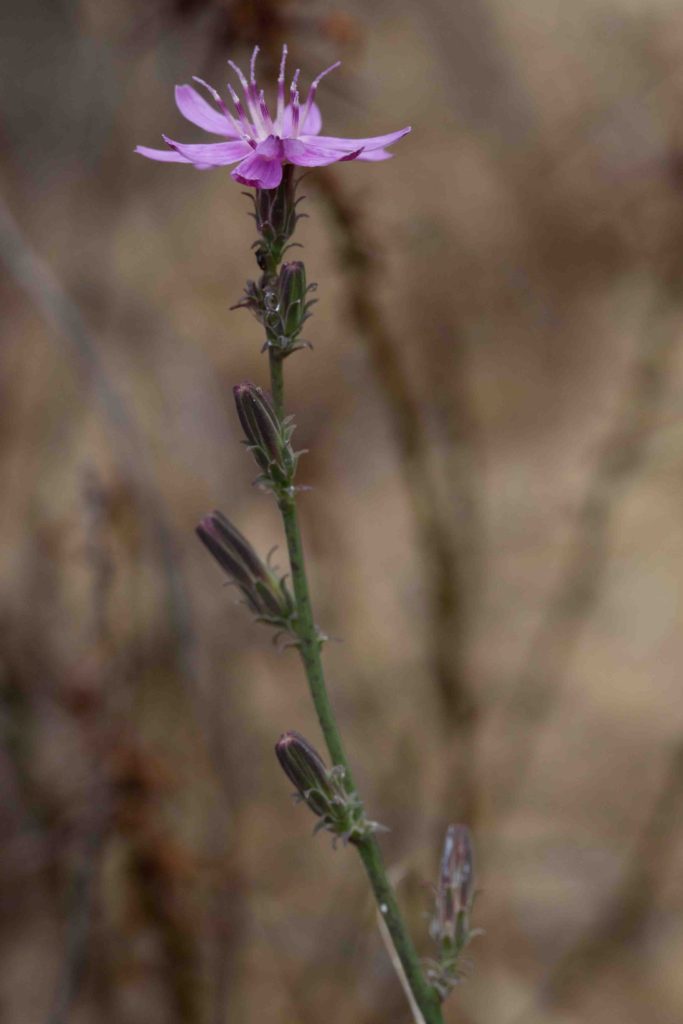 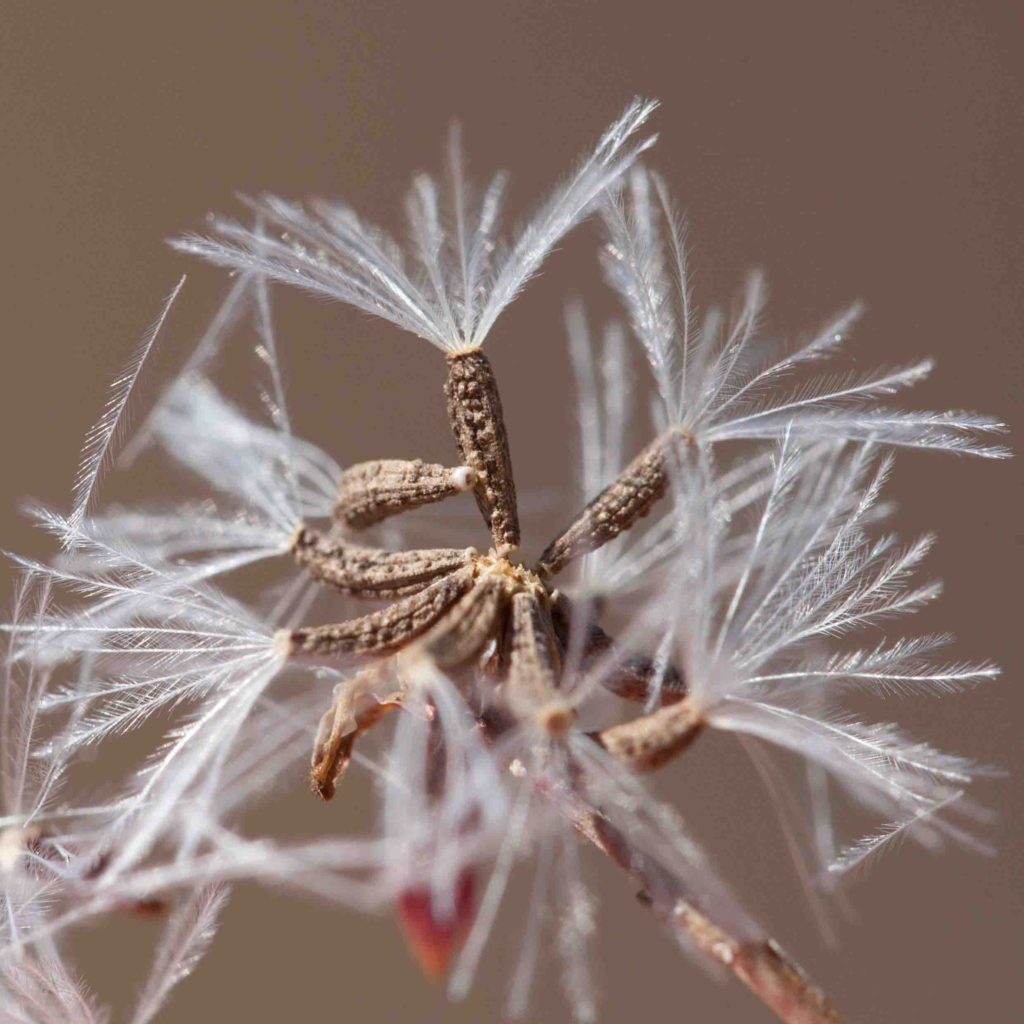