Members of the mustard family all have four petals, usually in a cross shape (hence Cruciferae; the old name for the family).  With some groups, the flowers are quite similar, so it helps to pay close attention to the fruits.  This is especially true for the mustards themselves (Brassica, Hirschfeldia, Sisymbrium, Caulanthus and Turritis).

Fruits in the Mustard family are of two kinds, siliques and silicles.  Siliques are at least twice as long as they are wide, while silicles are less elongated.  Some siliques are more or less cylindric, others (as in the Wild Radish) are noticeably fatter at the base and taper towards the tip.  Some silicles are erect and appressed to the stem, others grow outwards and curve upwards, or outwards and curve downwards.

One of four species of jewelflower found in Monterey County, this has an urn-shaped calyx, which may be dark purple to deep maroon, almost black.   The small petals emerge from the calyx.  They are white to purple, arranged in two pairs, upper and lower, rather than the conventional cruciform shape usually found in this family.  Cauline leaves are generally linear to lanceolate, and the whole plant is glabrous. 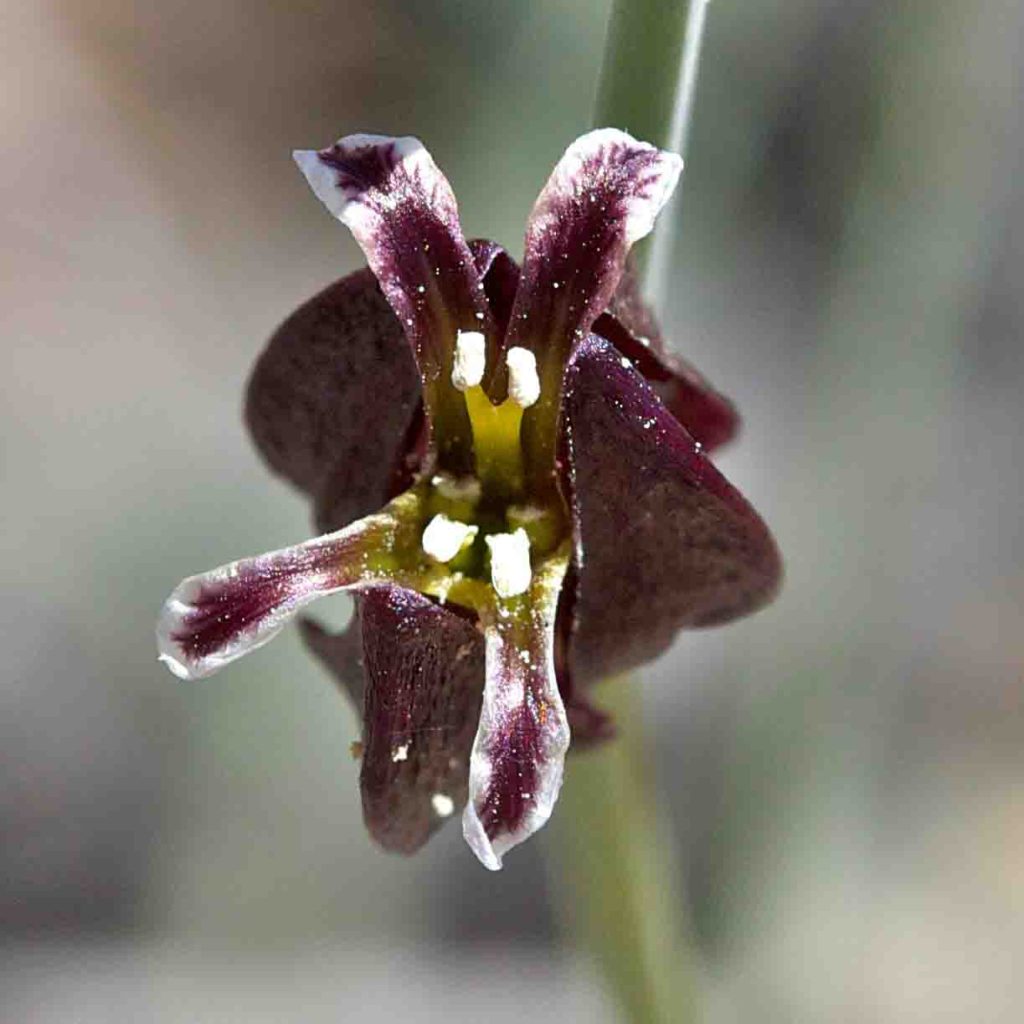 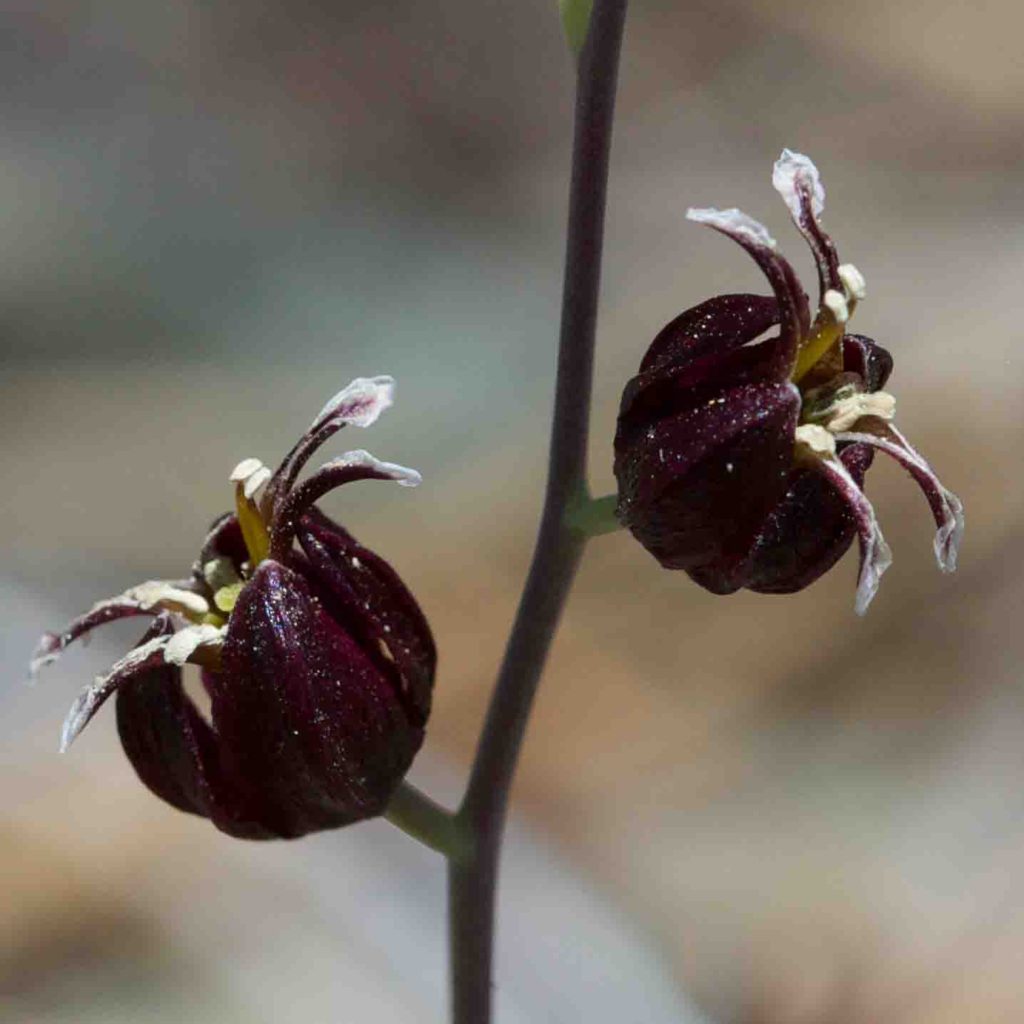 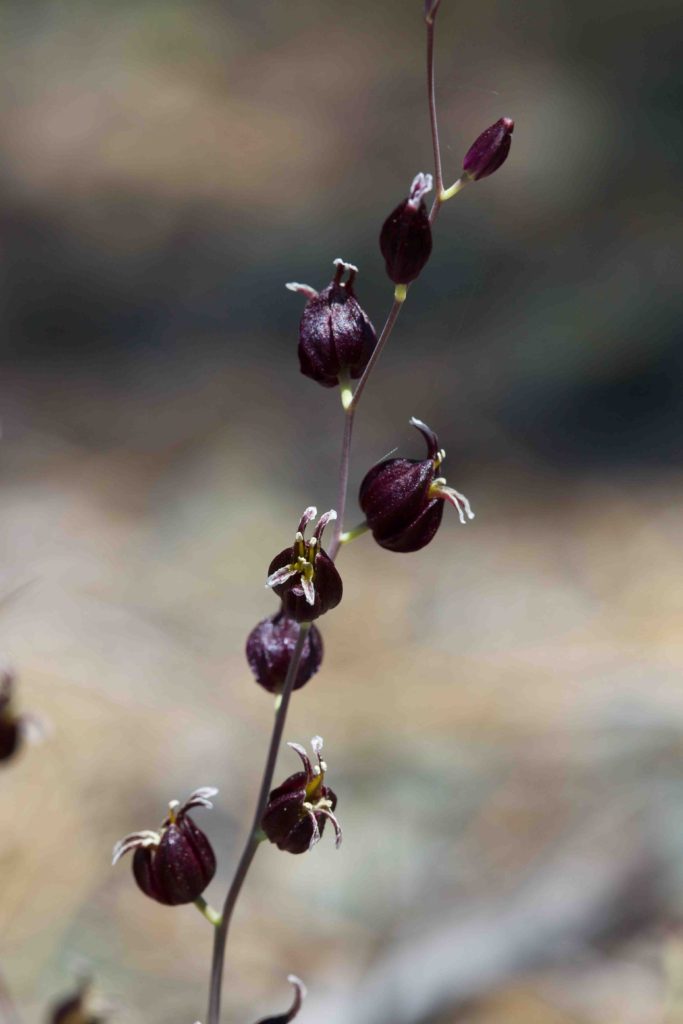 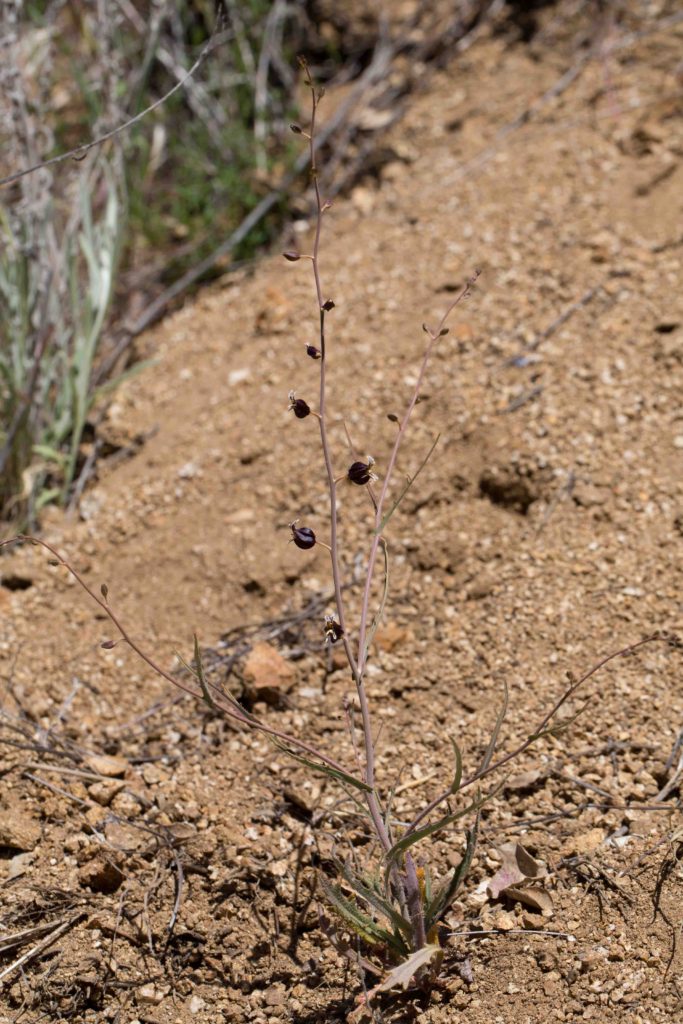 An uncommon jewelflower, immediately recognizable by its sterile terminal flowers which form a dark purple tuft of elongated sepals.  The other, fertile flowers are deep reddish-purple. The whole plant is bristly. Fruits are cylindric siliques, ascending or reflexed and remarkably long (up to 11 cm) given the size of the flowers. 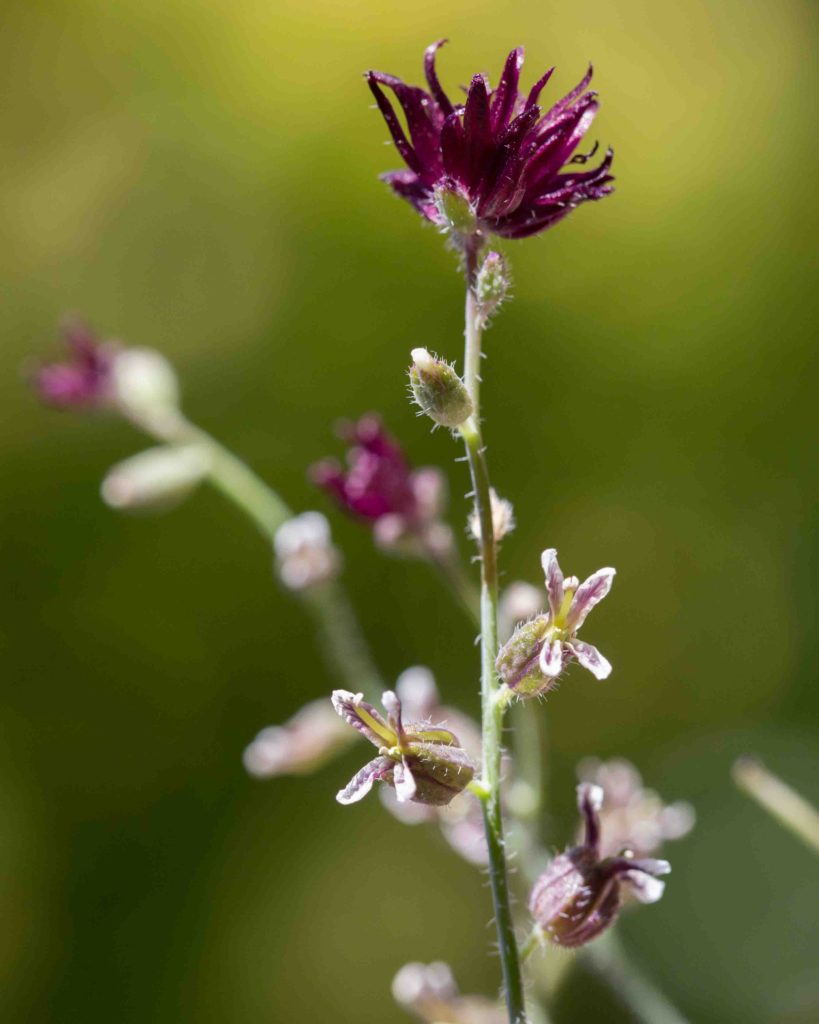 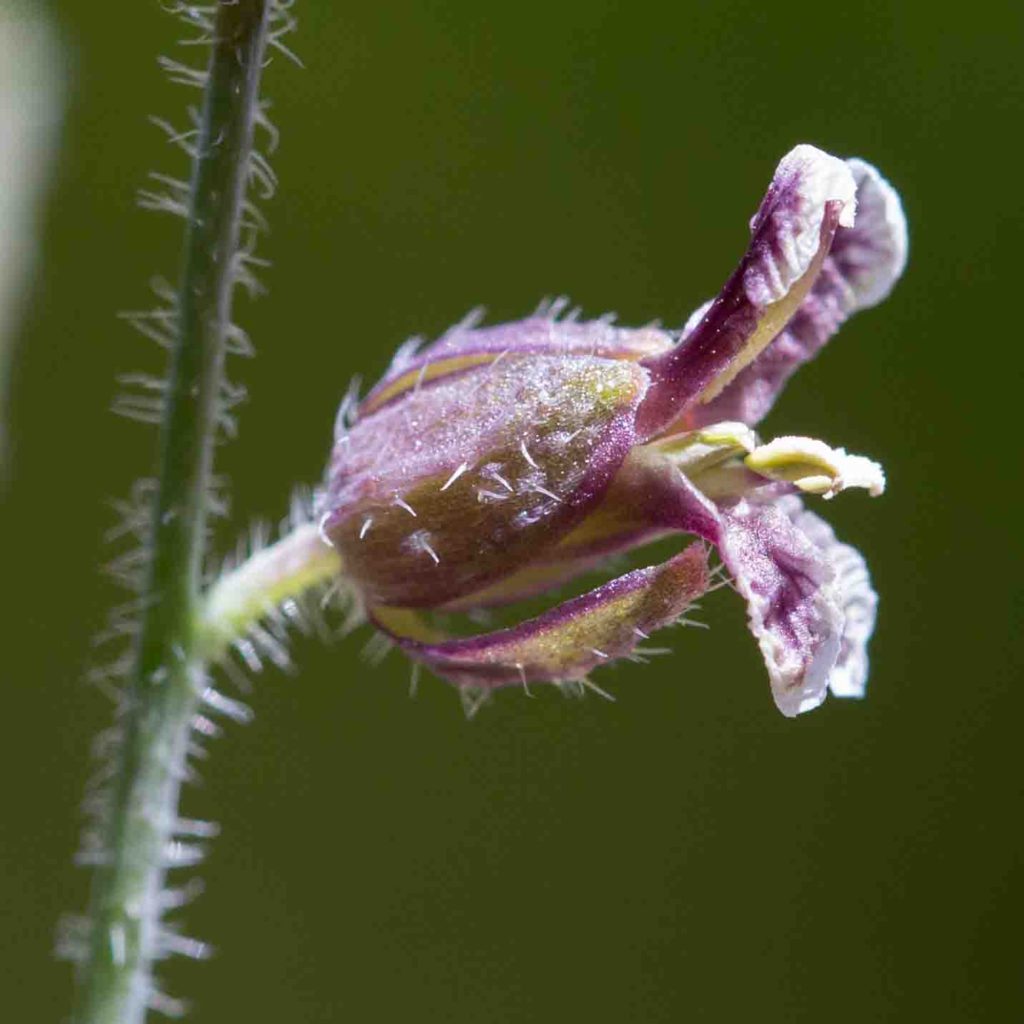 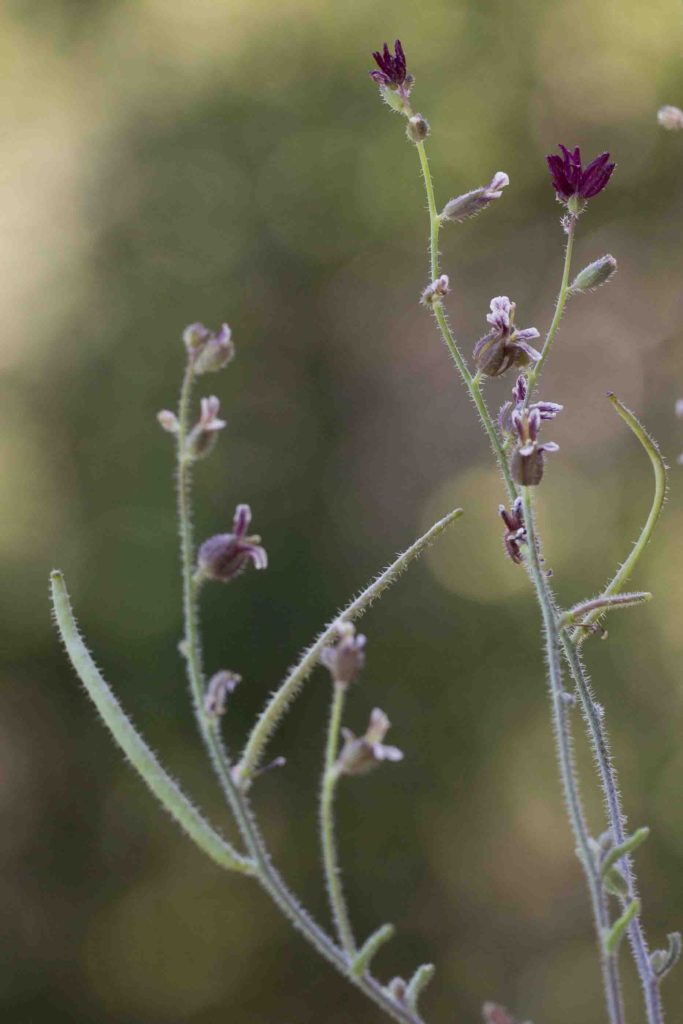 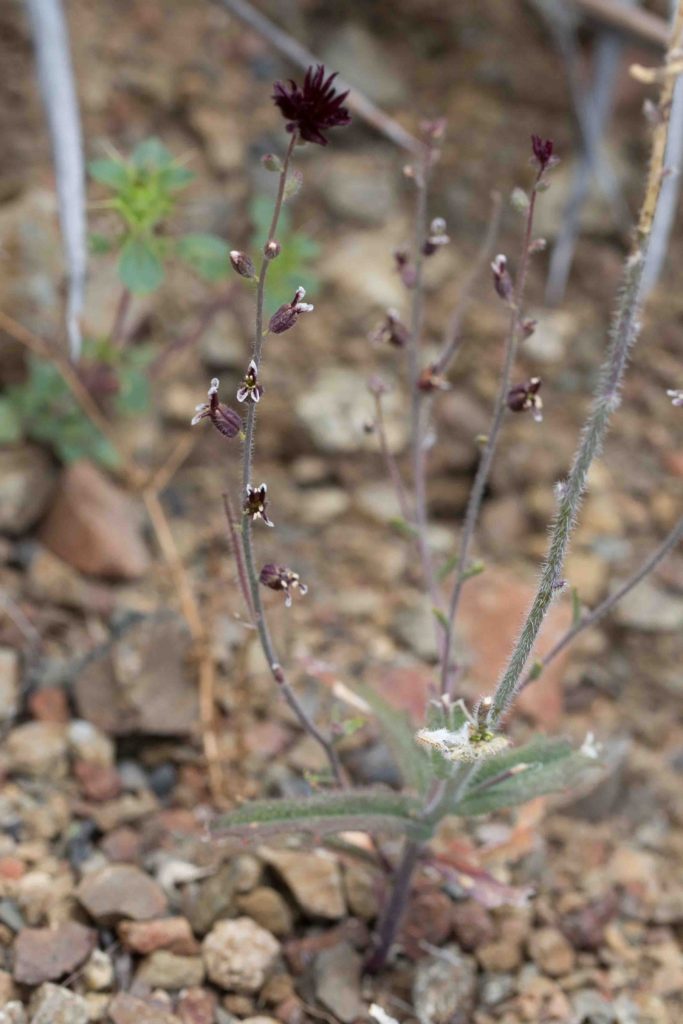