Members of the mustard family all have four petals, usually in a cross shape (hence Cruciferae; the old name for the family).  With some groups, the flowers are quite similar, so it helps to pay close attention to the fruits.  Fruits in the Mustard family are of two kinds, siliques and silicles.  Siliques are at least twice as long as they are wide, while silicles are less elongated.  Some siliques are more or less cylindric, others (as in the Wild Radish) are noticeably fatter at the base and taper towards the tip.  Some silicles are erect and appressed to the stem, others grow outwards and curve upwards, or outwards and curve downwards.

This is a common sight on beaches along the entire Pacific coast.  It is more or less prostrate, with decumbent to erect stems and fleshy, pinnately-lobed leaves. Pink to lavender flowers are in more or less terminal clusters.  The fruits  (“rockets”) are distinctive, dry and light with two conspicuous “horns” at the joint.  The fruits can survive for some days in the water as they float their way to another beach.  Photos #1-2 by CJH. 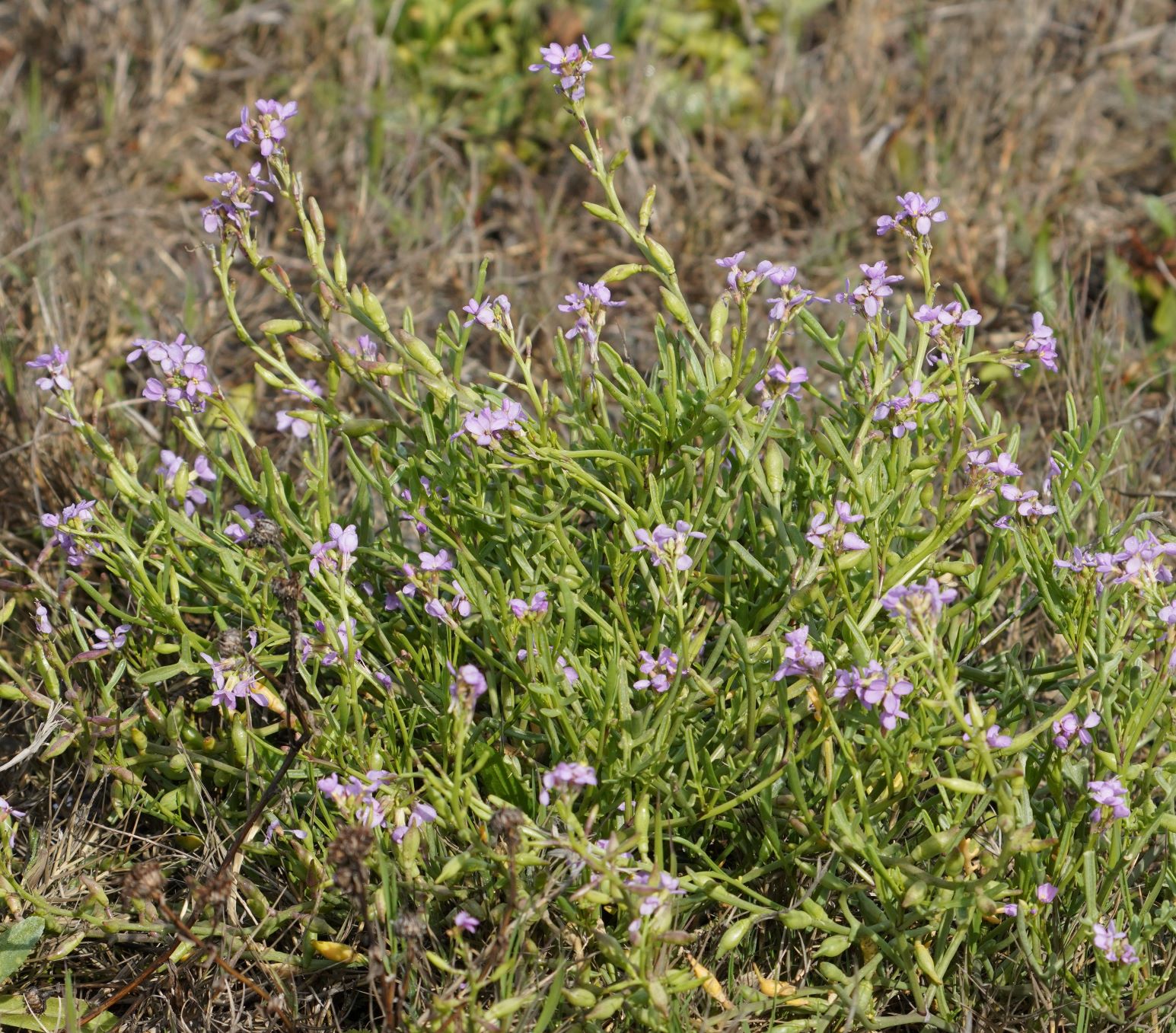 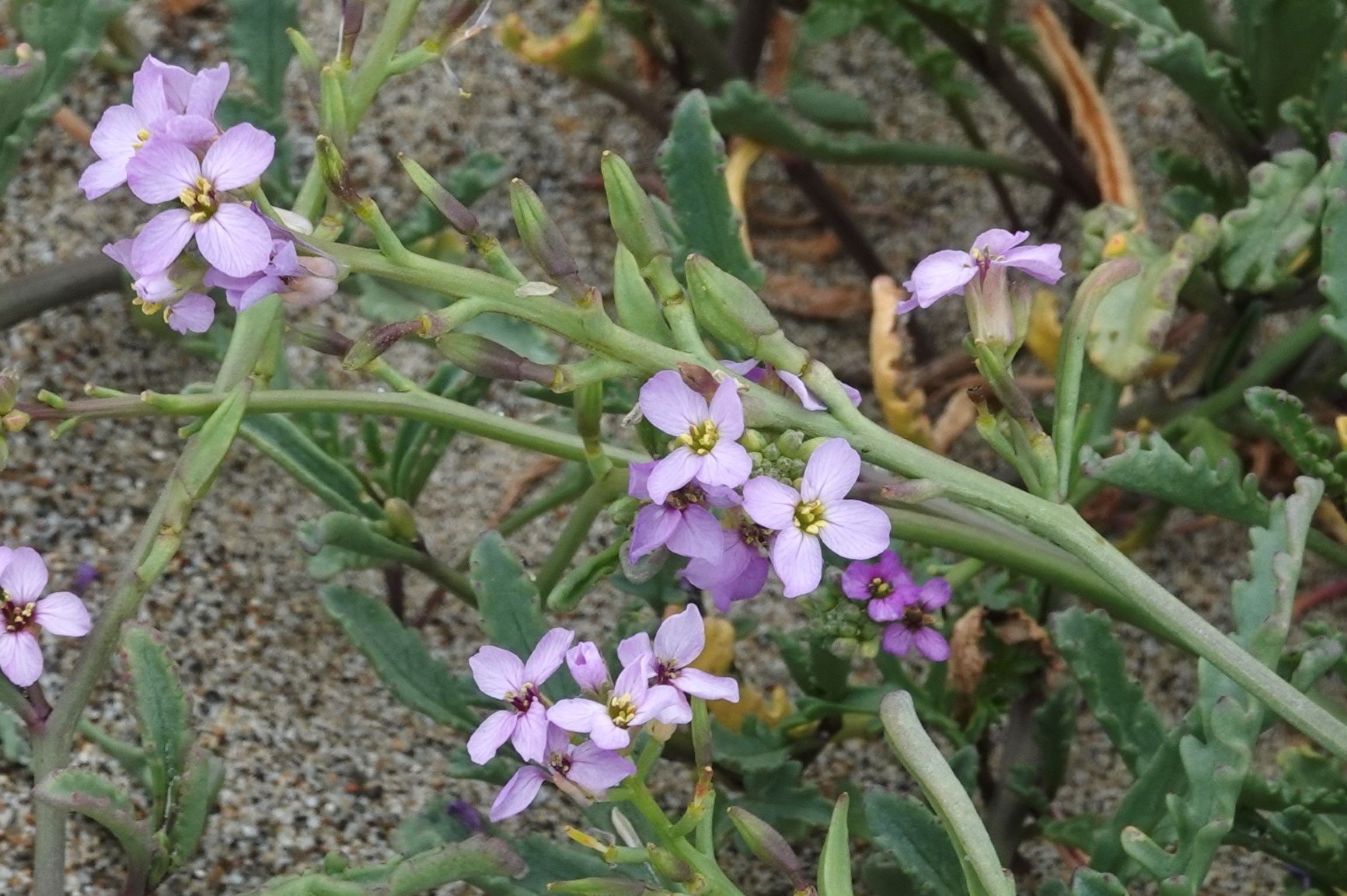 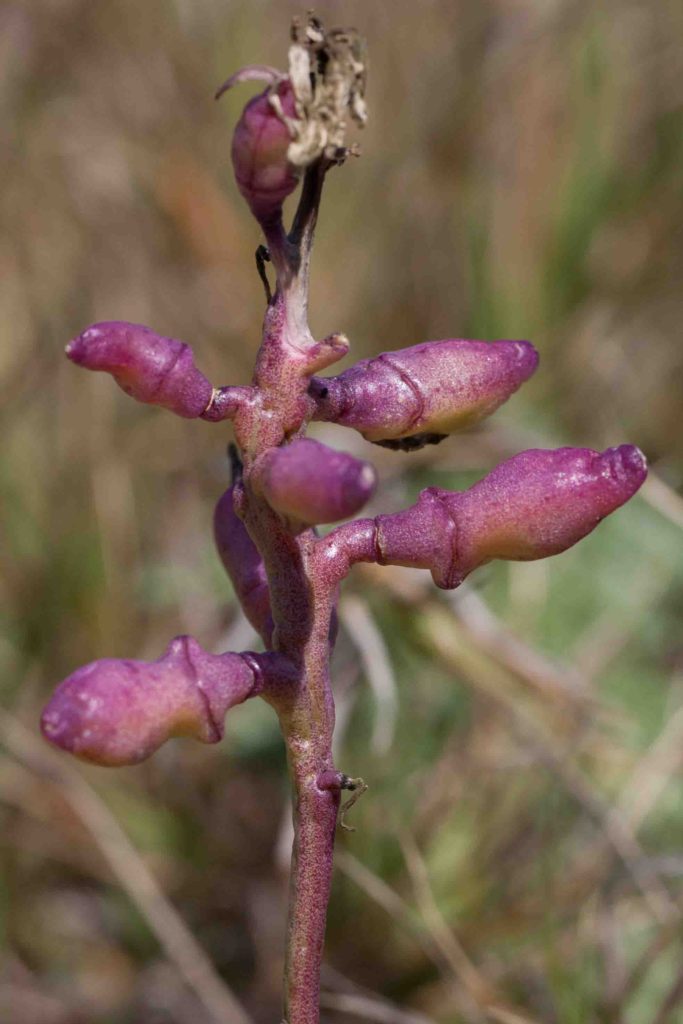 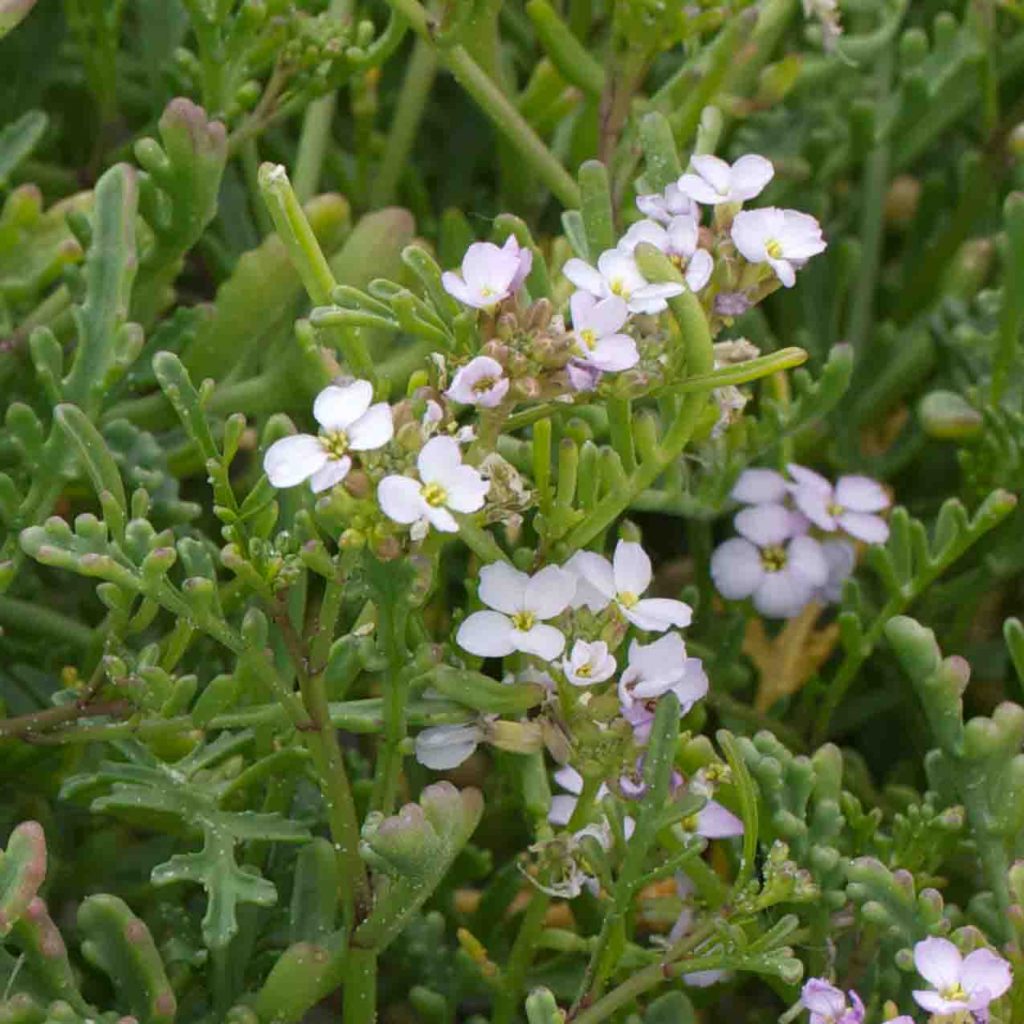 This is a common, fragrant garden escape.  It is immediately recognizable by its tight spherical clusters of diminutive white or pale purple flowers.  Leaves are more or less linear.  Fruits are round-elliptic, and the flat seeds are lens-shaped, opaque when mature. 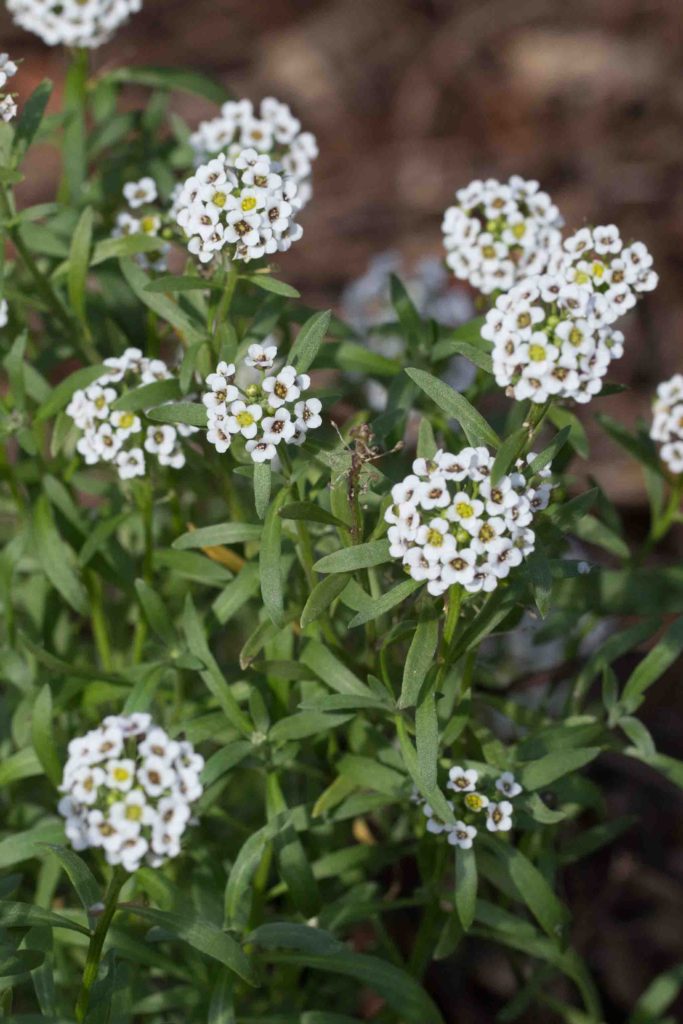 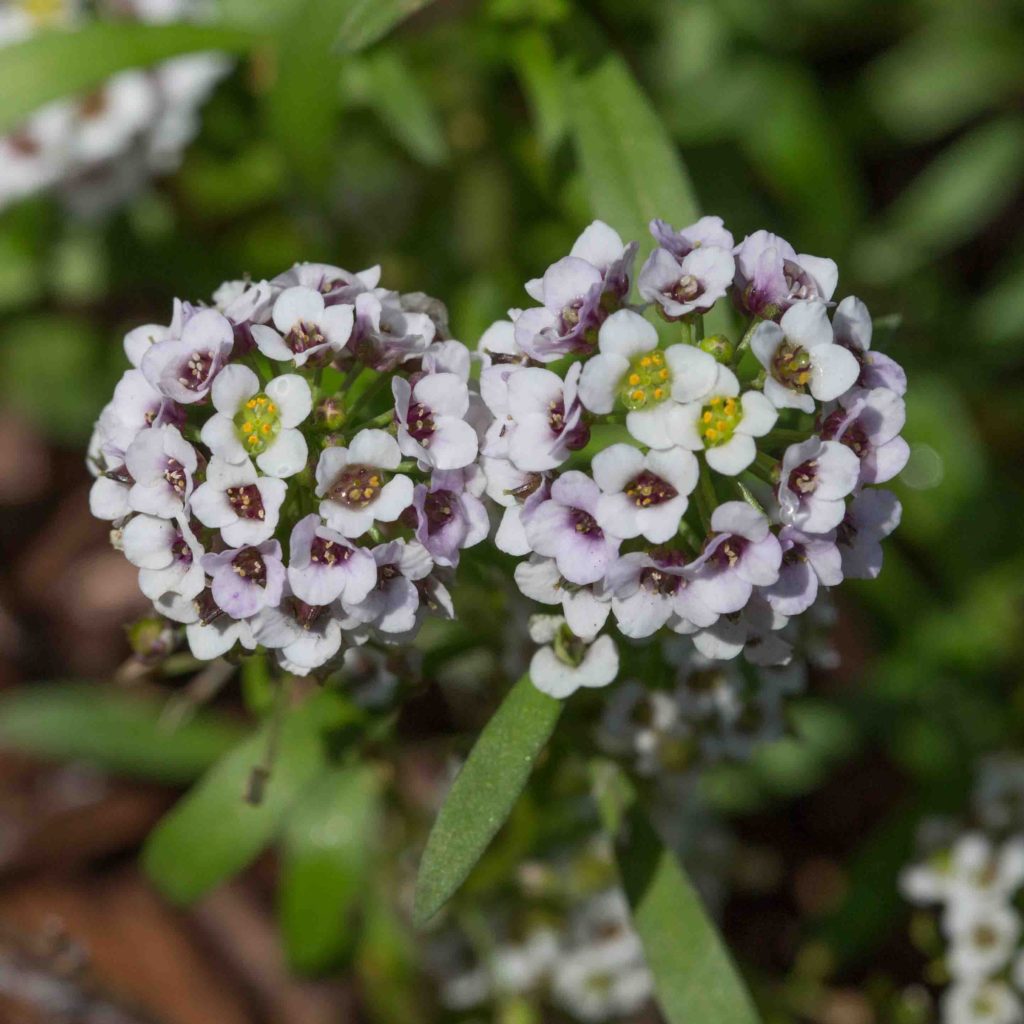 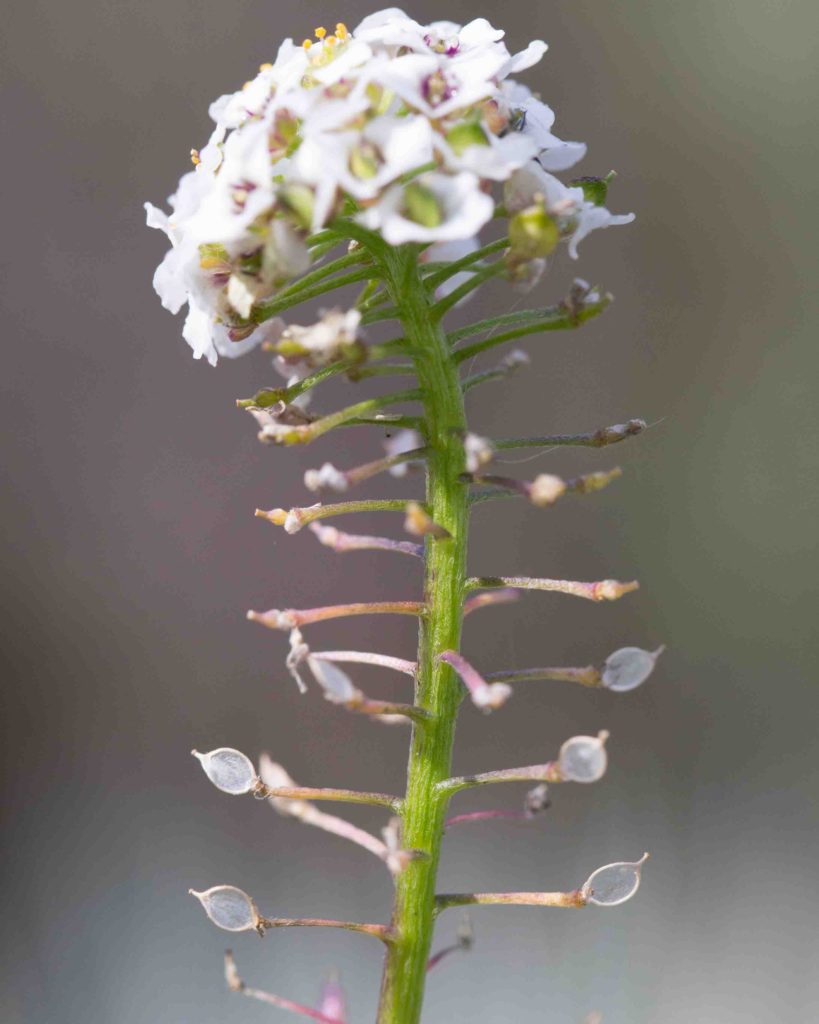 Bluffs and sandy places along shore 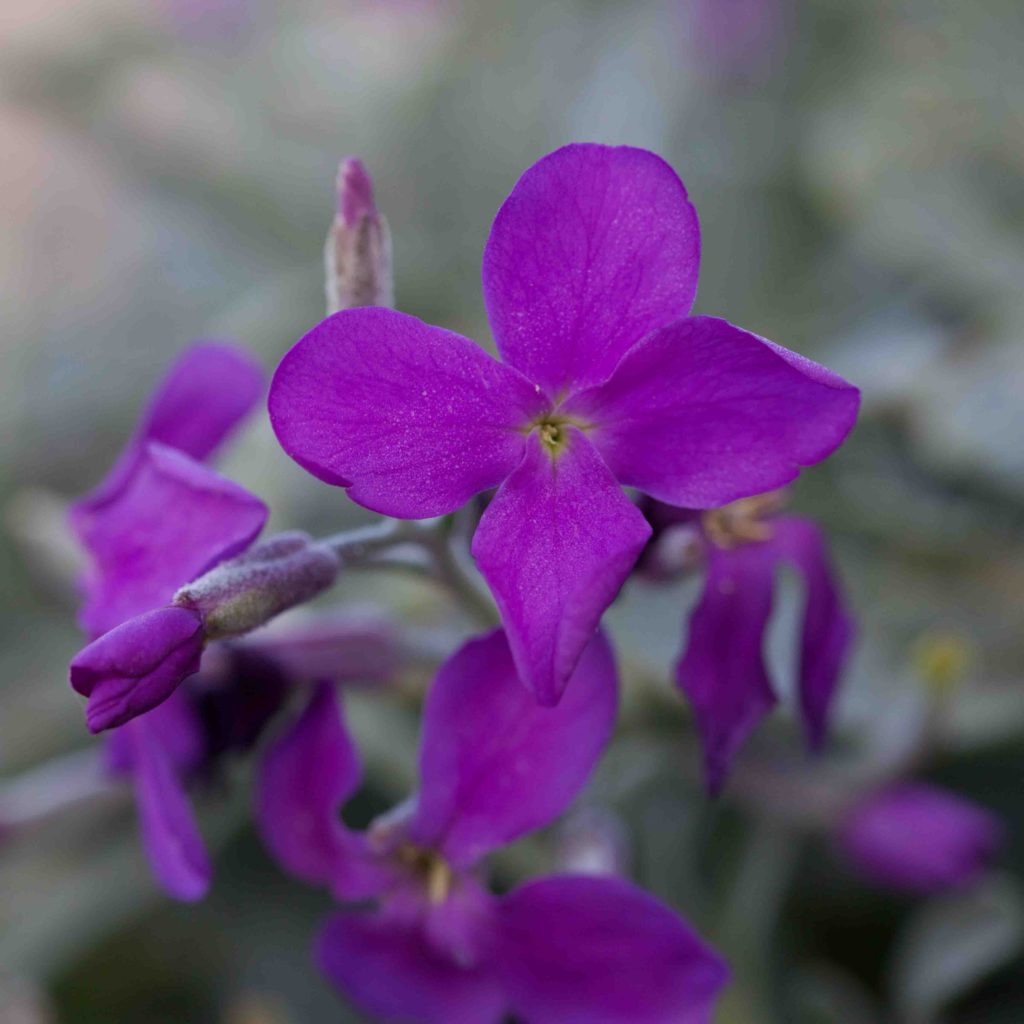 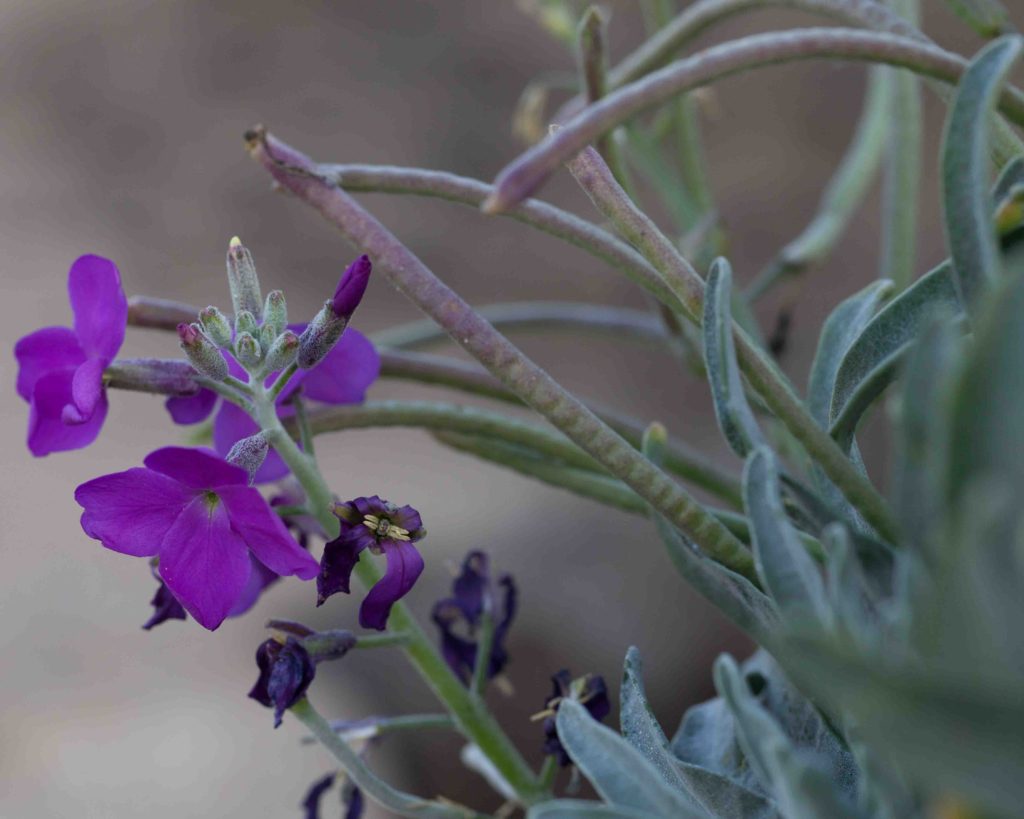 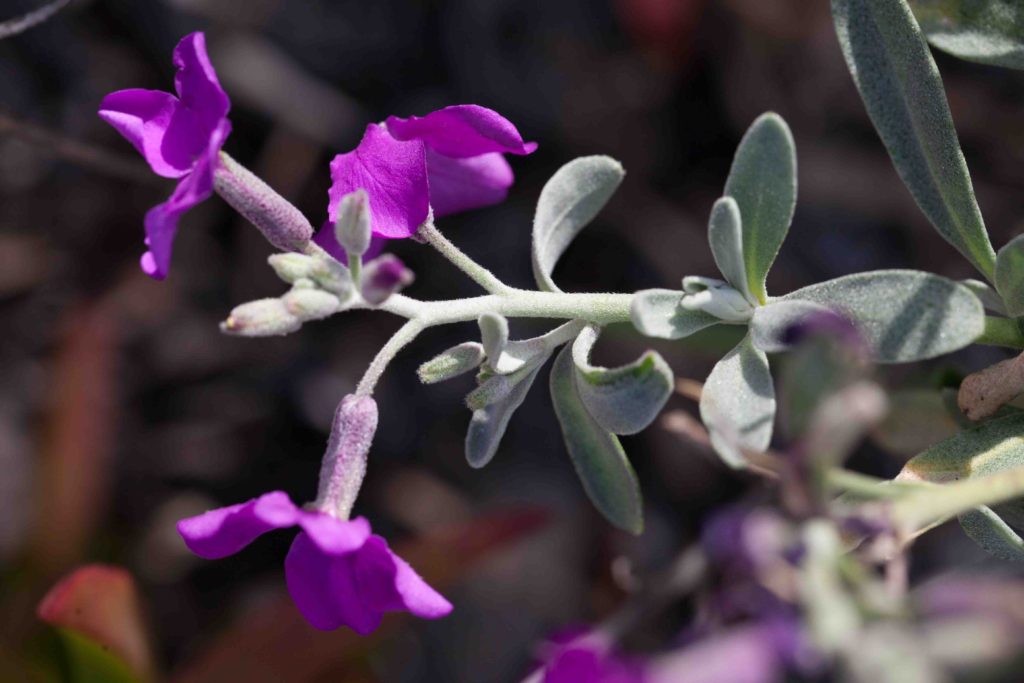 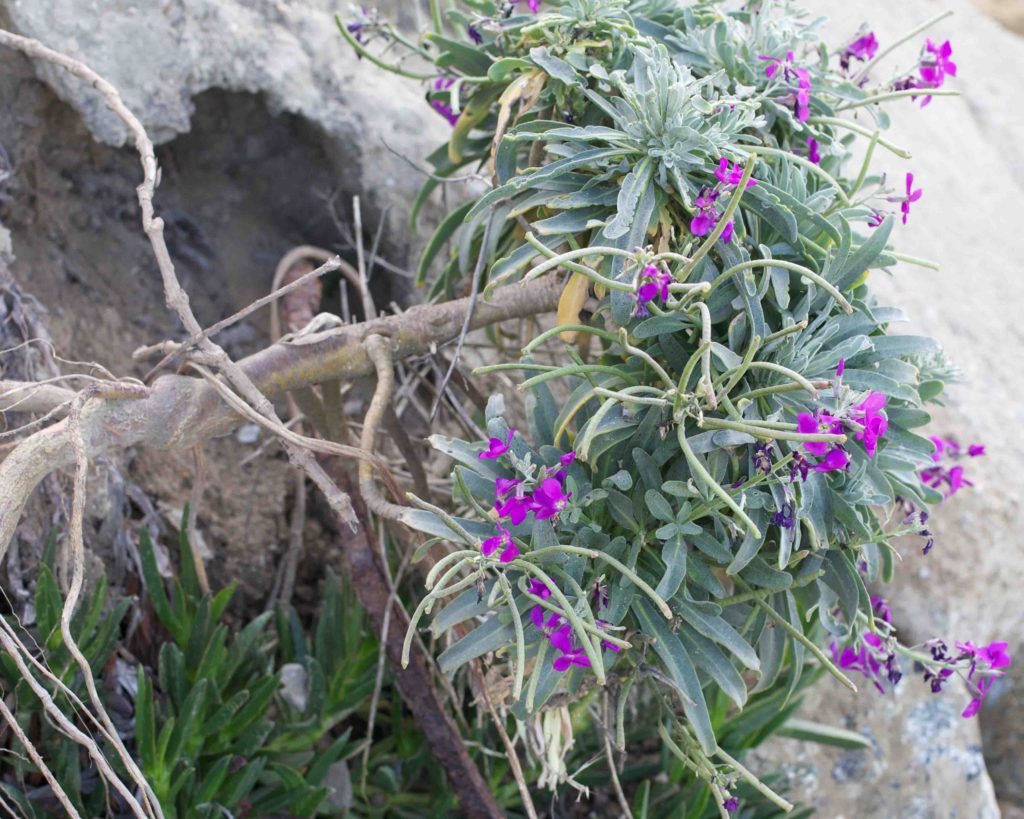 Very common, this has flowers in a variety of colors, usually purple or pink but occasionally white or cream, mostly with fine veins.  It commonly hybridizes with Jointed Charlock (Raphanus raphanistrum), and the results show great color variation.  Upper leaves are simple, pointed or toothed, lower leaves are petioled and sometimes large and coarse.  Maturing fruits have a distinctive long, conical tip.  Fruits are edible with a mild radish flavor.  Photo #3 by CJH. 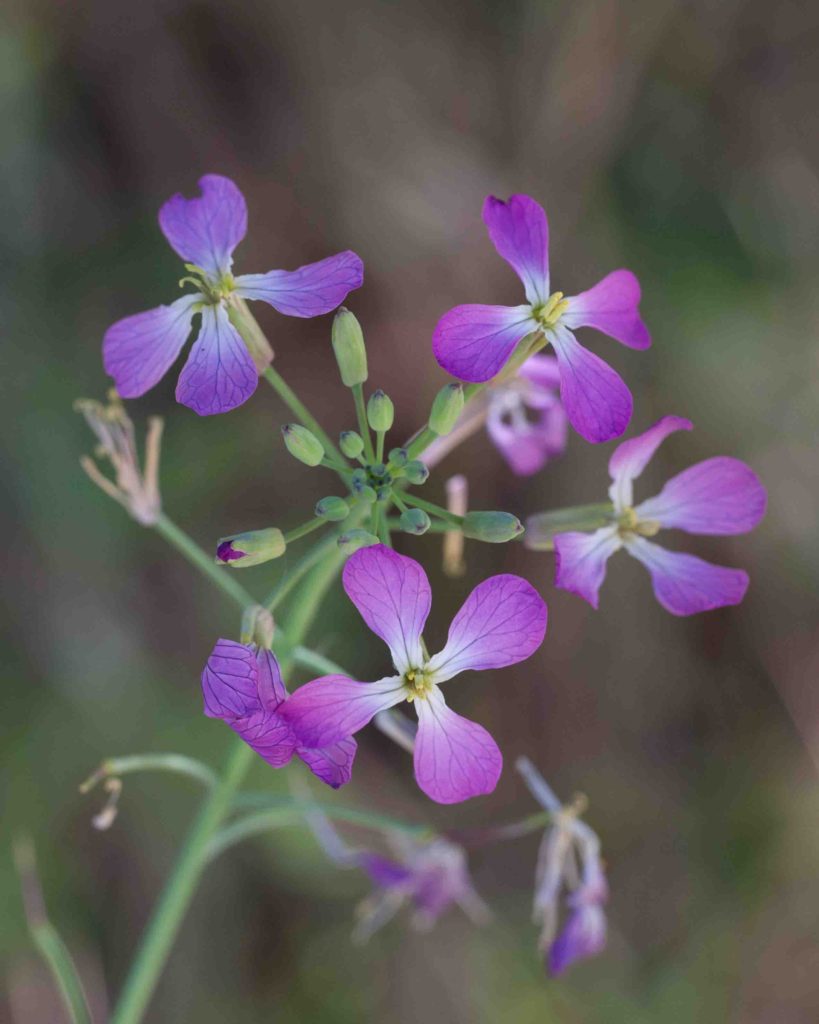 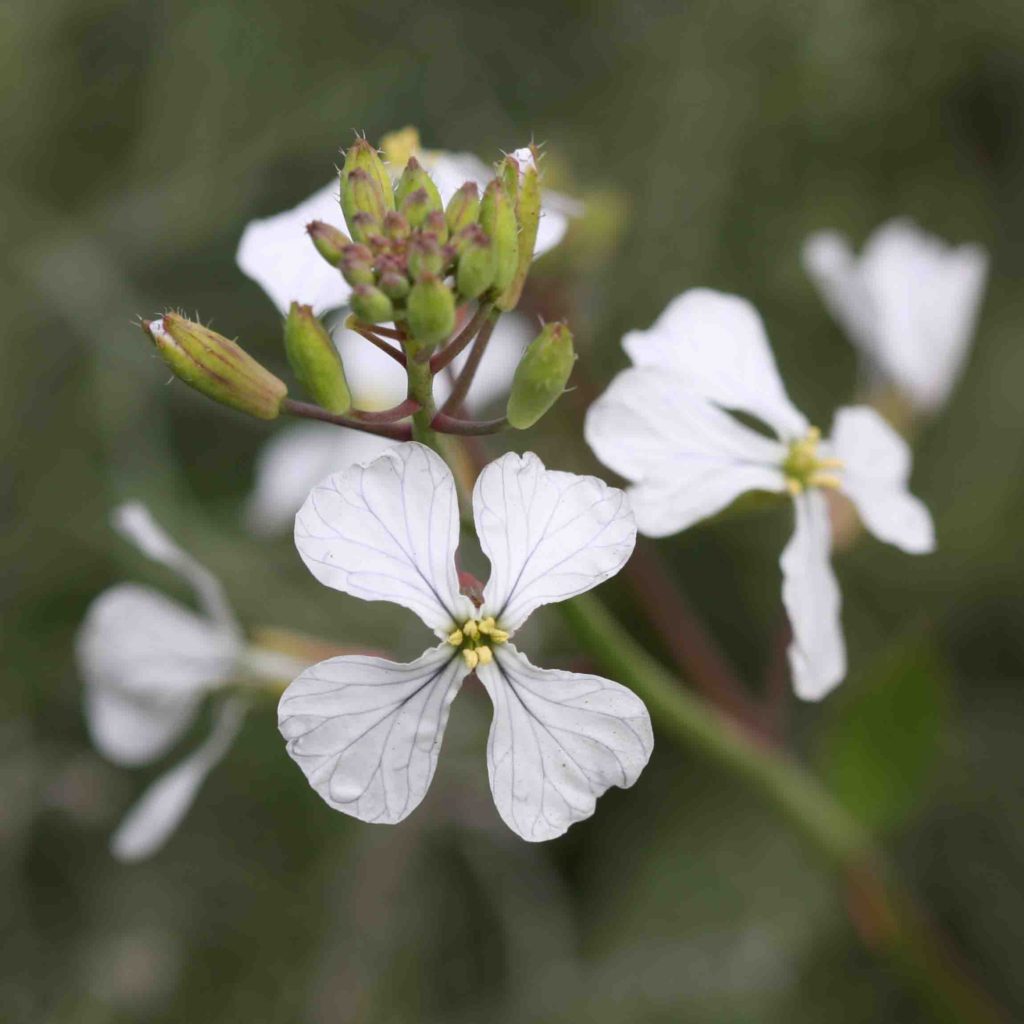 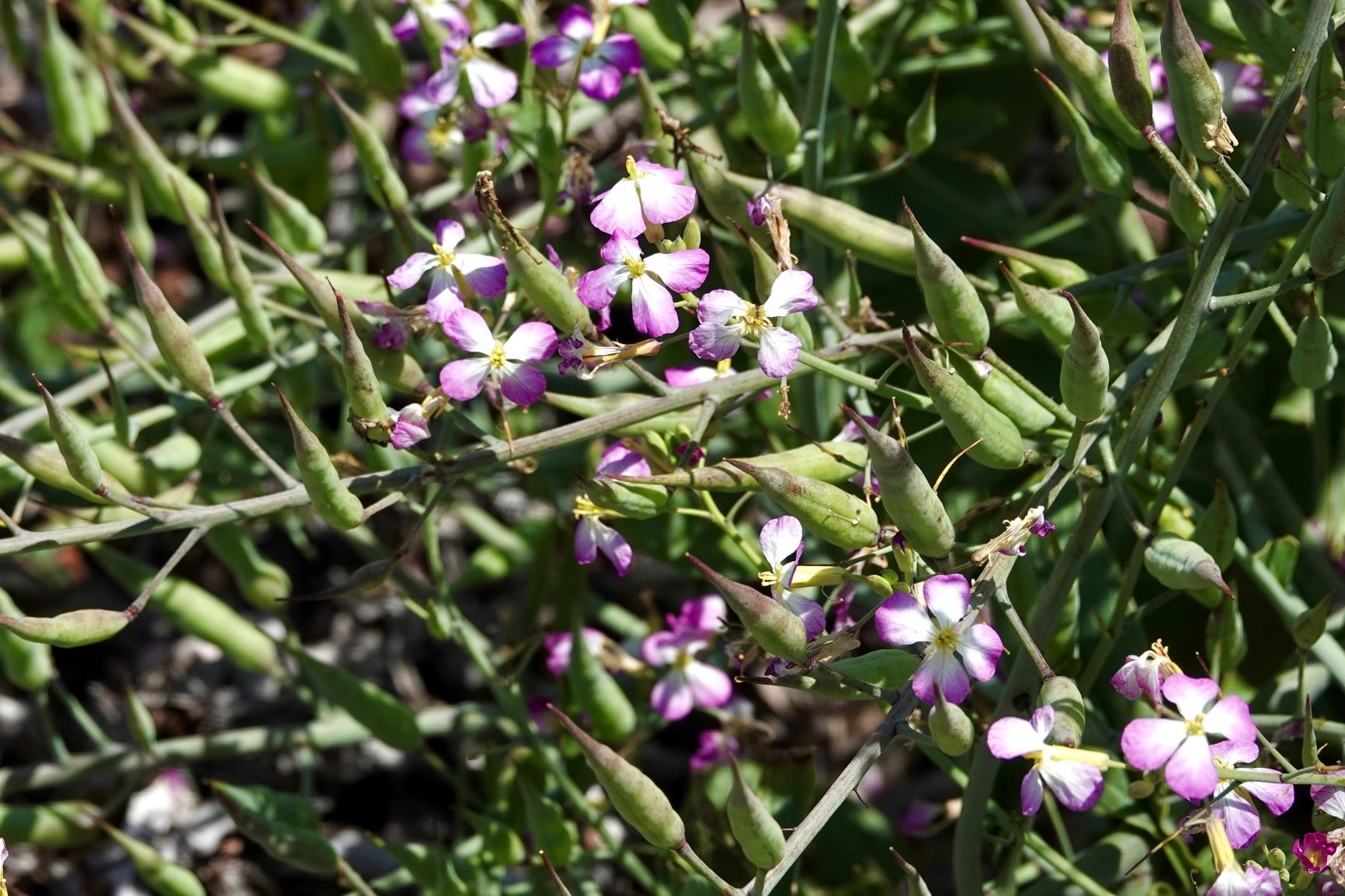 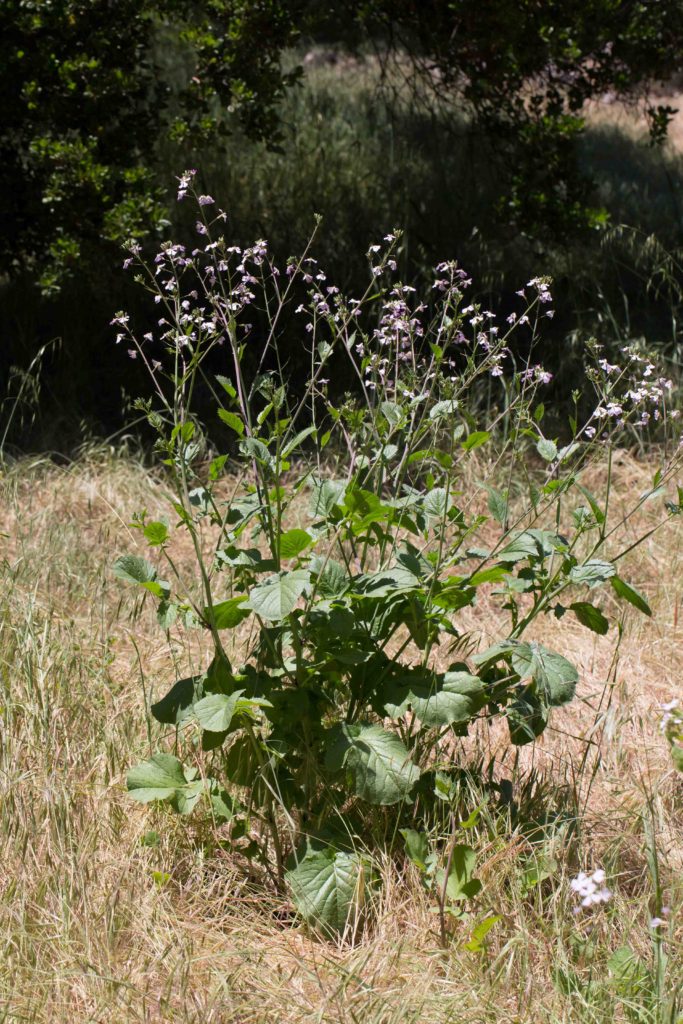 This is the only native among the plants on this page.  At first sight, it does not look like a member of the mustard family, but its 4-petaled, 6-stamened flowers and linear siliques show that it is.  The stem is decumbent to erect, spreading and branching with rough hairs.  Basal leaves are 10–15 cm long, divided into elongated lobes.  Upper leaves are shorter and less divided. 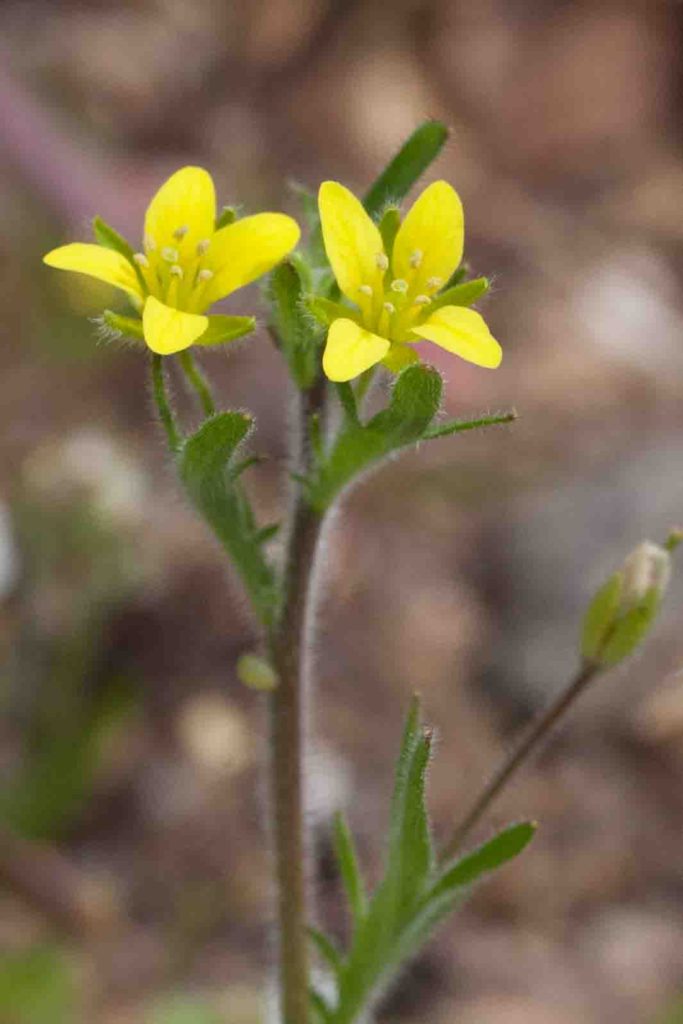 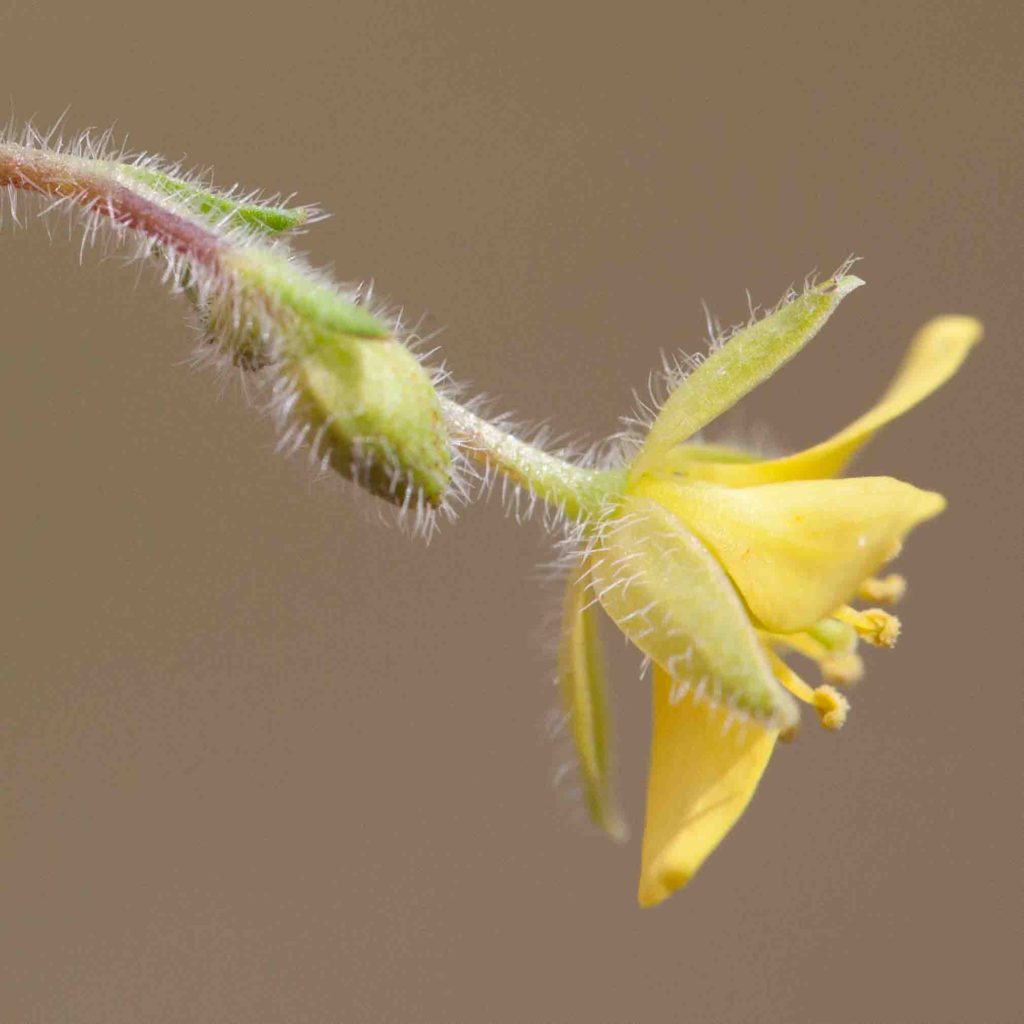 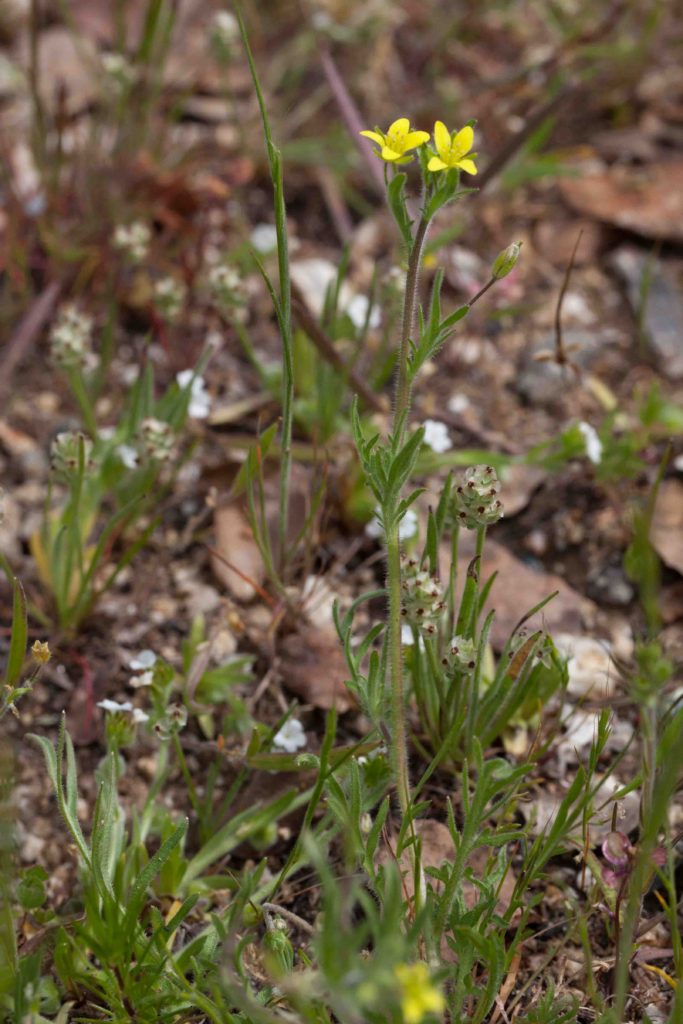 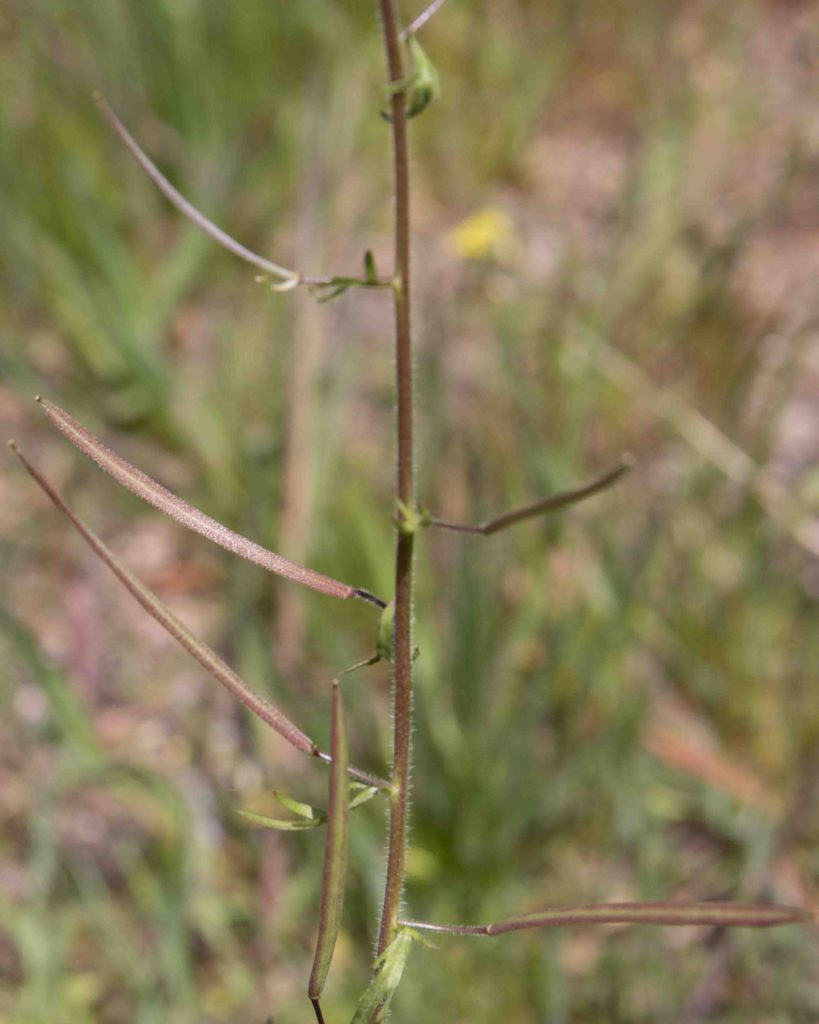