Members of the mustard family all have four petals, usually in a cross shape (hence Cruciferae; the old name for the family).  With some groups, the flowers are quite similar, so it helps to pay close attention to the fruits.  Fruits in the Mustard family are of two kinds, siliques and silicles.  Siliques are aleast twice as long as they are wide, while silicles are less elongated.  Some siliques are more or less cylindric, others (as in the Wild Radish) are noticeably fatter at the base and taper towards the tip.  Some silicles are erect and appressed to the stem, others grow outwards and curve upwards, or outwards and curve downwards.

Rocky slopes & hillsides away from the coast

A tall plant, quite common and easily recognized with its bright orange flowers (occasionally yellow).  Leaves are long, slender and often toothed.  Basal leaves are typically withered by blooming time.  Fruits are siliques, spreading to ascending and 4-angled.  Photo #1 by CJH. 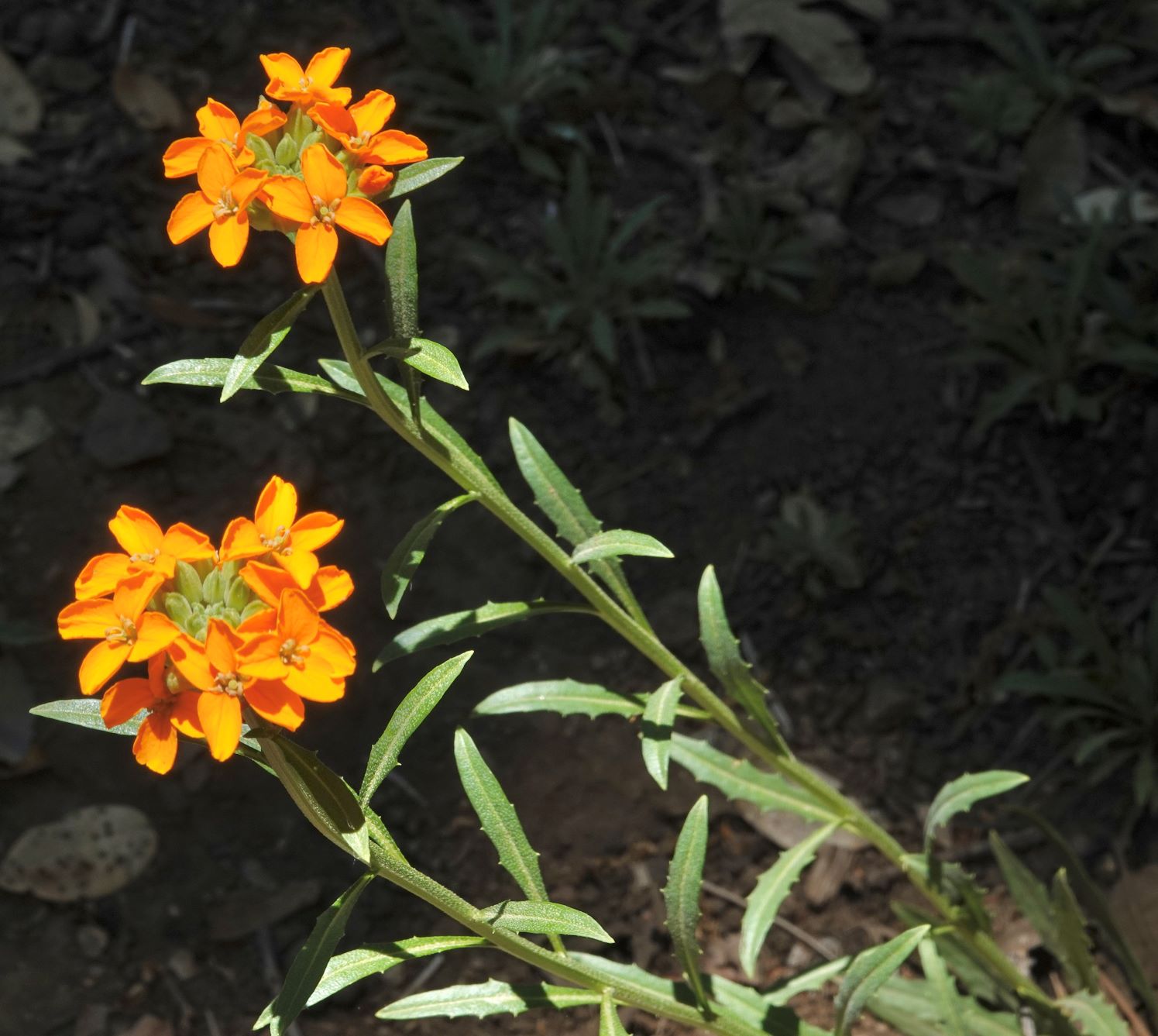 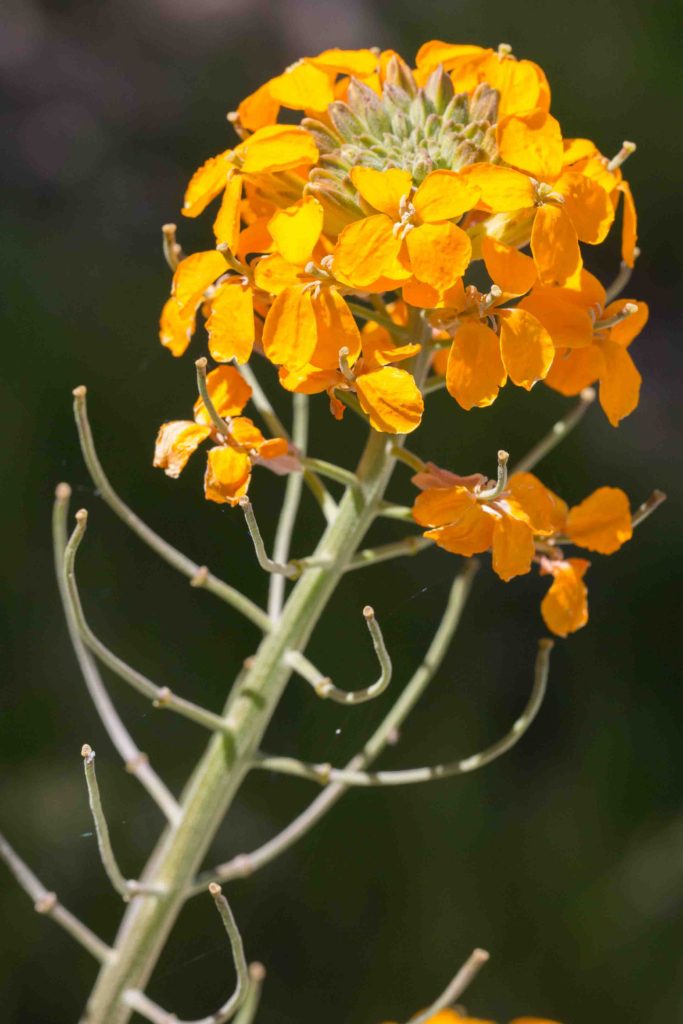 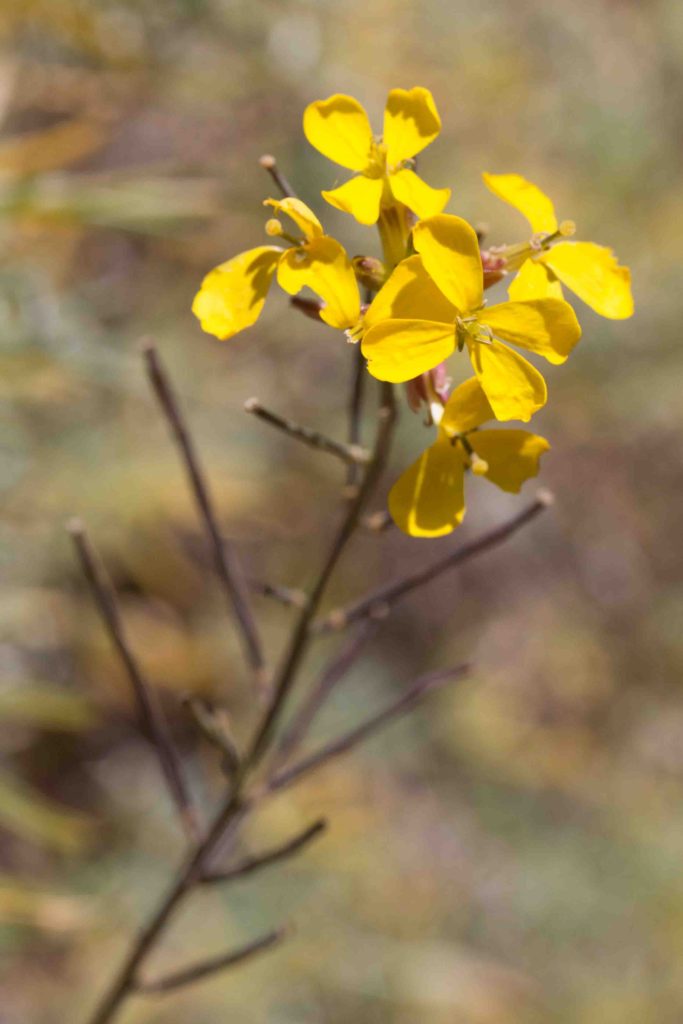 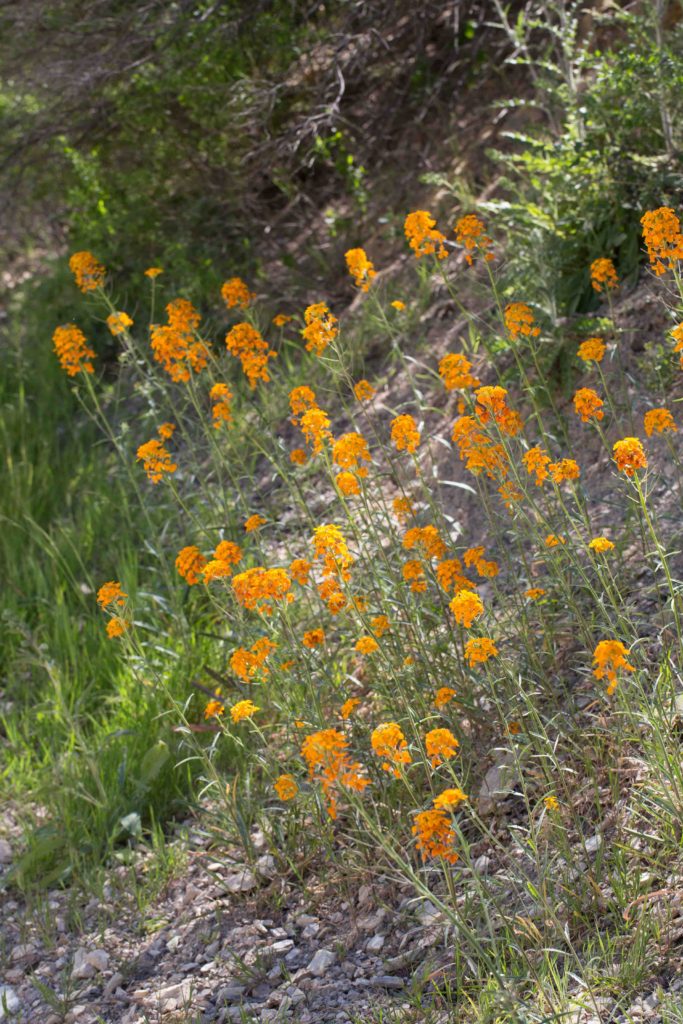 This small plant has a rounded or slightly elongated head of bright yellow flowers on a short peduncle.  It has basal and cauline leaves, that are fleshy, rhomboid, and spatulate.  It is rare, most easily found in the grounds of Asilomar, in Spanish Bay and at Marina Dunes.  Experts disagree as to whether the plants represent two separate varieties — var. menziesii for the Asilomar/Spanish Bay population (the 2 photos on the left) and var. yadonii for the Marina Dunes population (the 2 photos on the right).  Its attractiveness earned its presence on the logo of the Monterey Chapter of CNPS (California Native Plant Society). 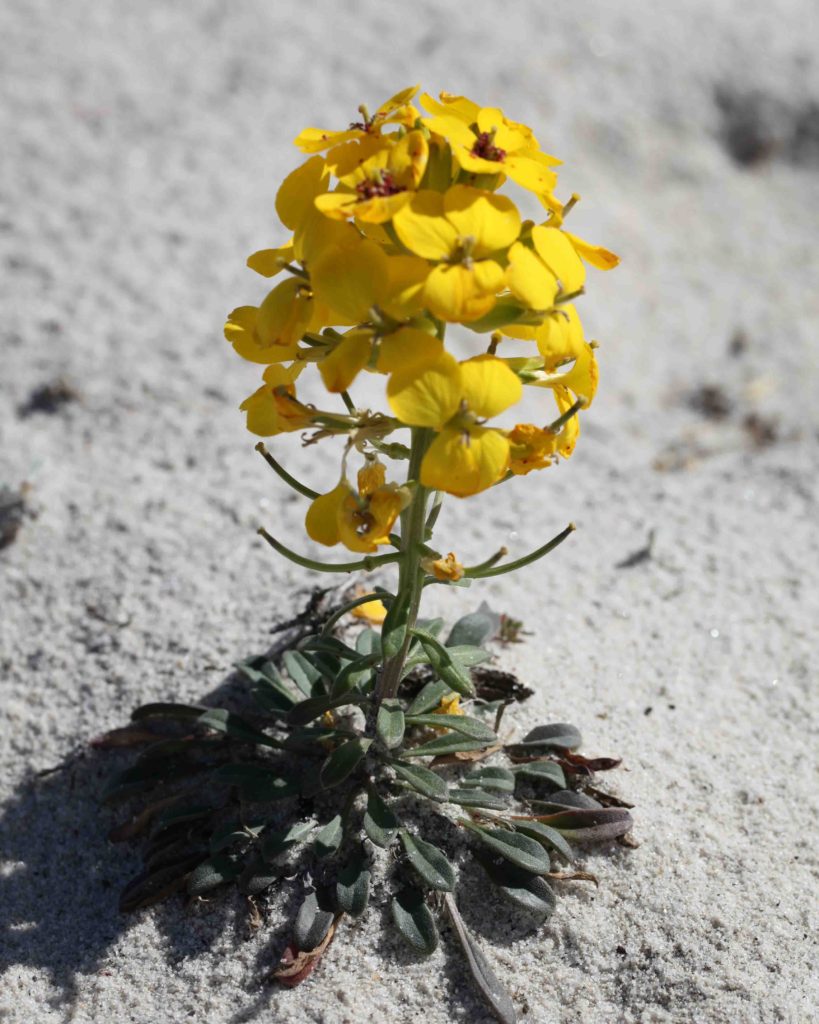 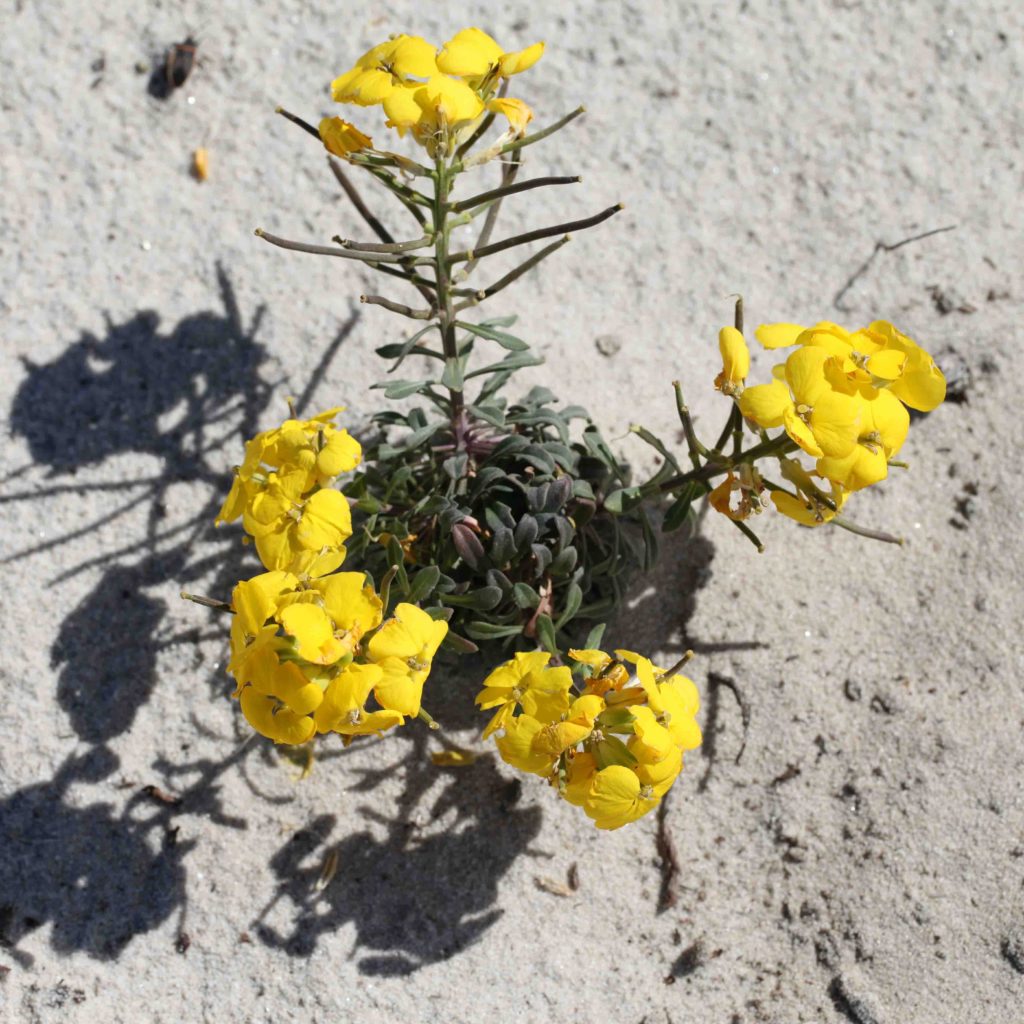 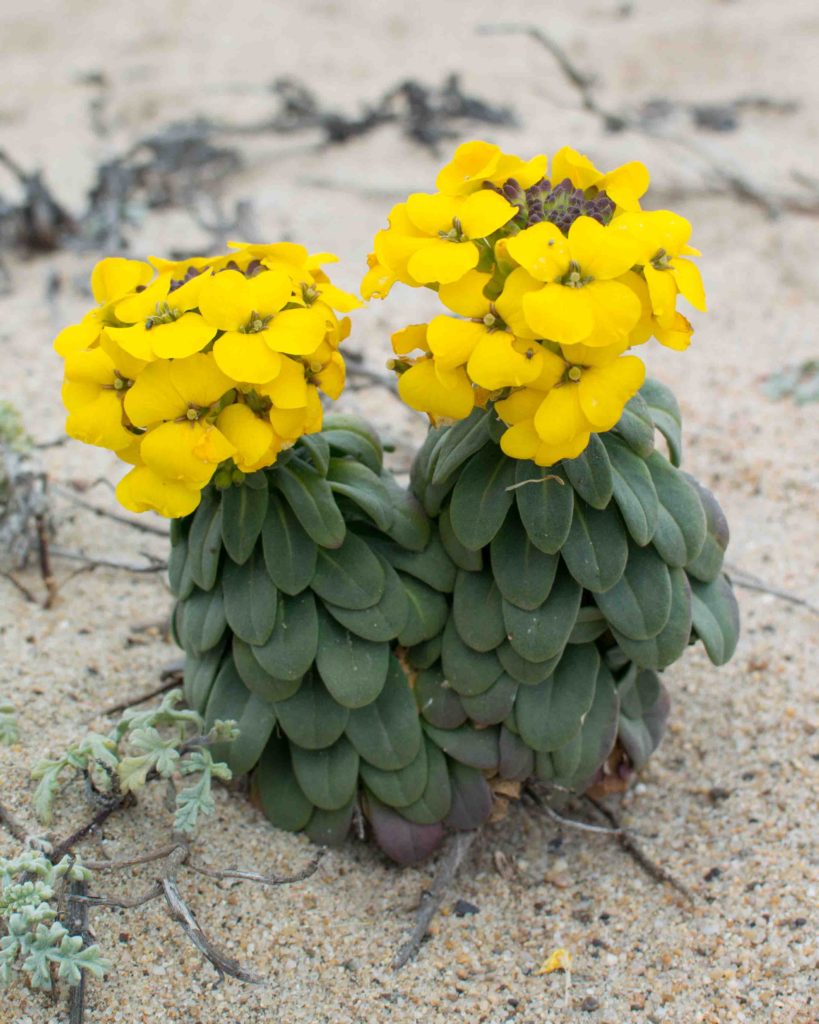 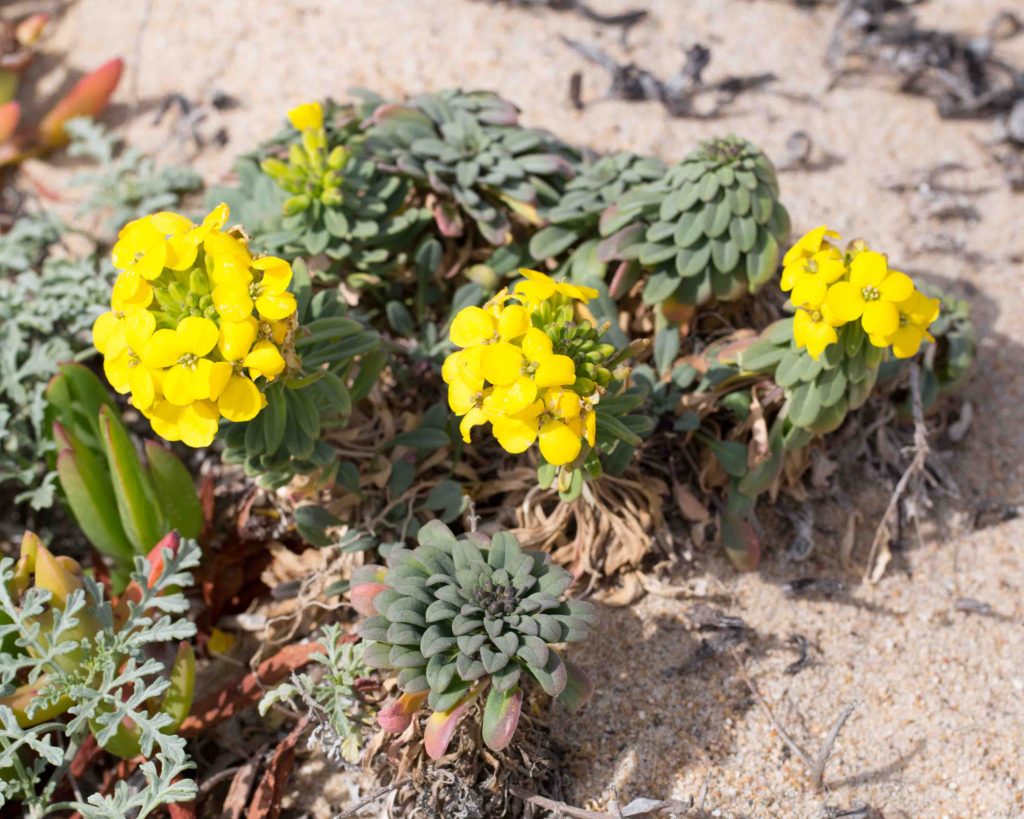