This is a native gourd, with stem branches attaching to other plants by tendrils.  Leaves are triangular-ovate, 15–30 cm long, coarse and ill-smelling.  Flowers are yellow, 9–12 cm long.  The fruit is spherical, 7–8 cm across, green, mottled with white stripes. 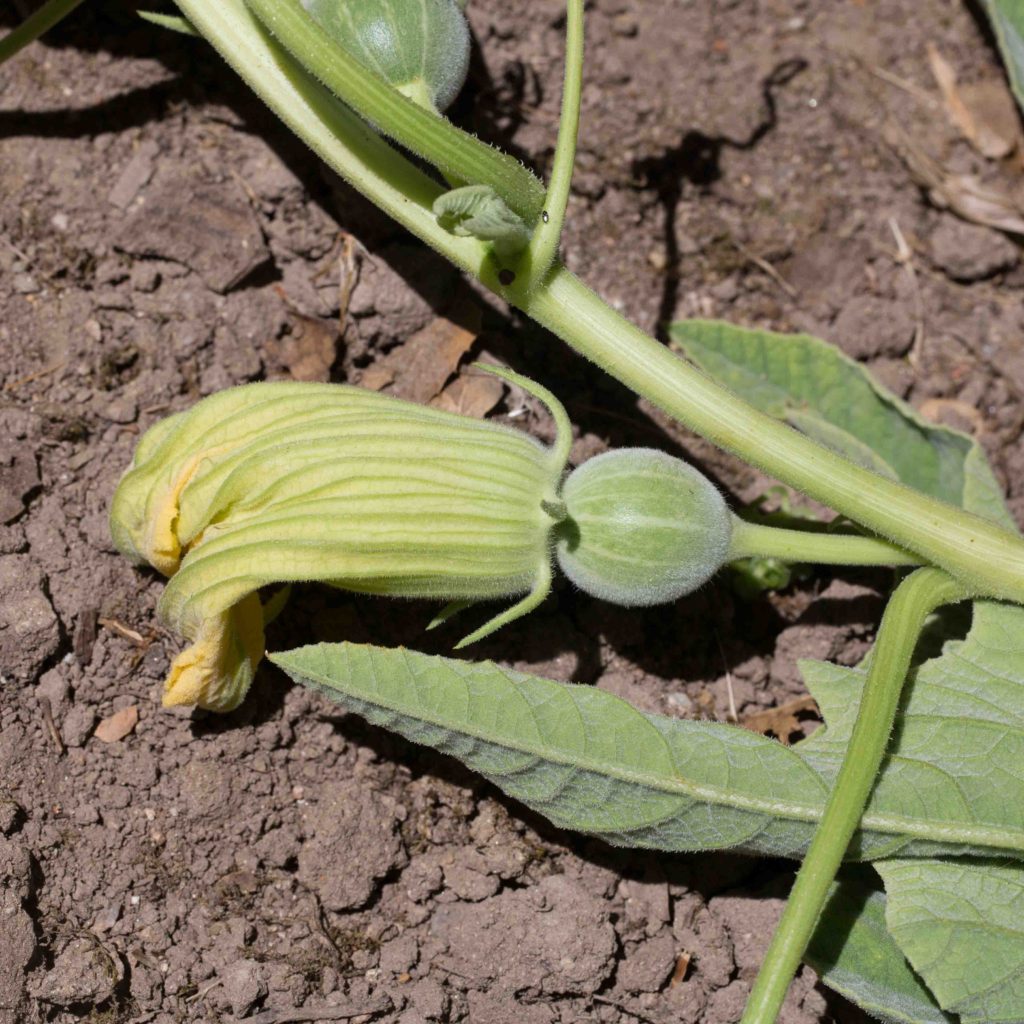 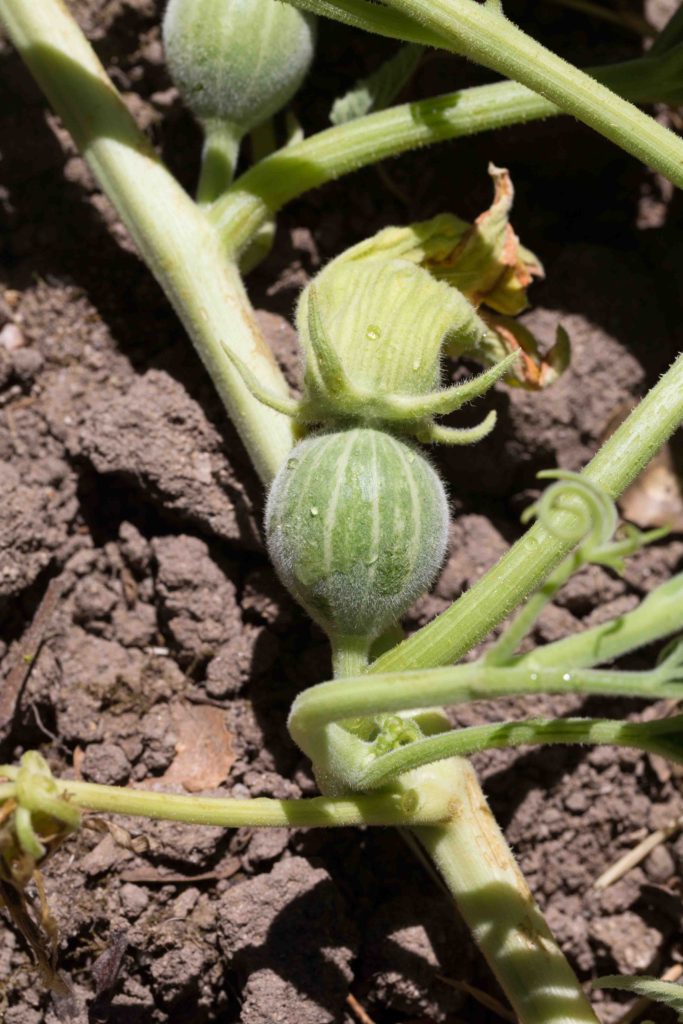 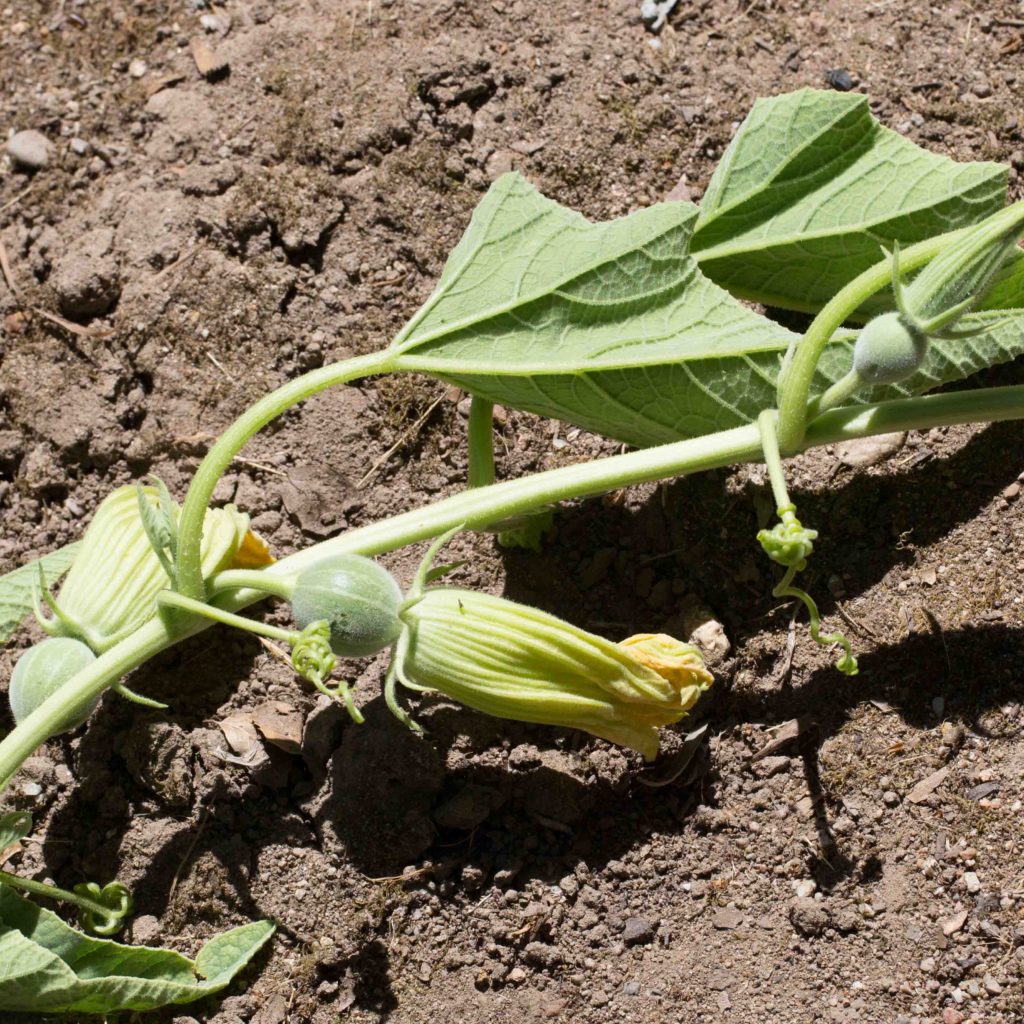 This is a common and aggressive vine, which produces clusters of small (usually 5-petaled) cream to white flowers, followed by large, prickly fruit.  The plant is monoecious.  The clusters of small flowers are male (upper left in photo #2).  The female flower (when present) is solitary, a little below the cluster of male flowers (lower left).  The female flower is a little larger, and is recognizable by the prickly ovary, which quickly develops into the plant’s fruit.  Sometimes known as Manroot, supposedly because the root is as big as a man’s torso.  The last picture shows a modest sized-root, which was 2 feet long and 1 foot wide.  Large storage roots explain the rapid, vining growth in early spring.  Photos #1 and 3 by CJH. 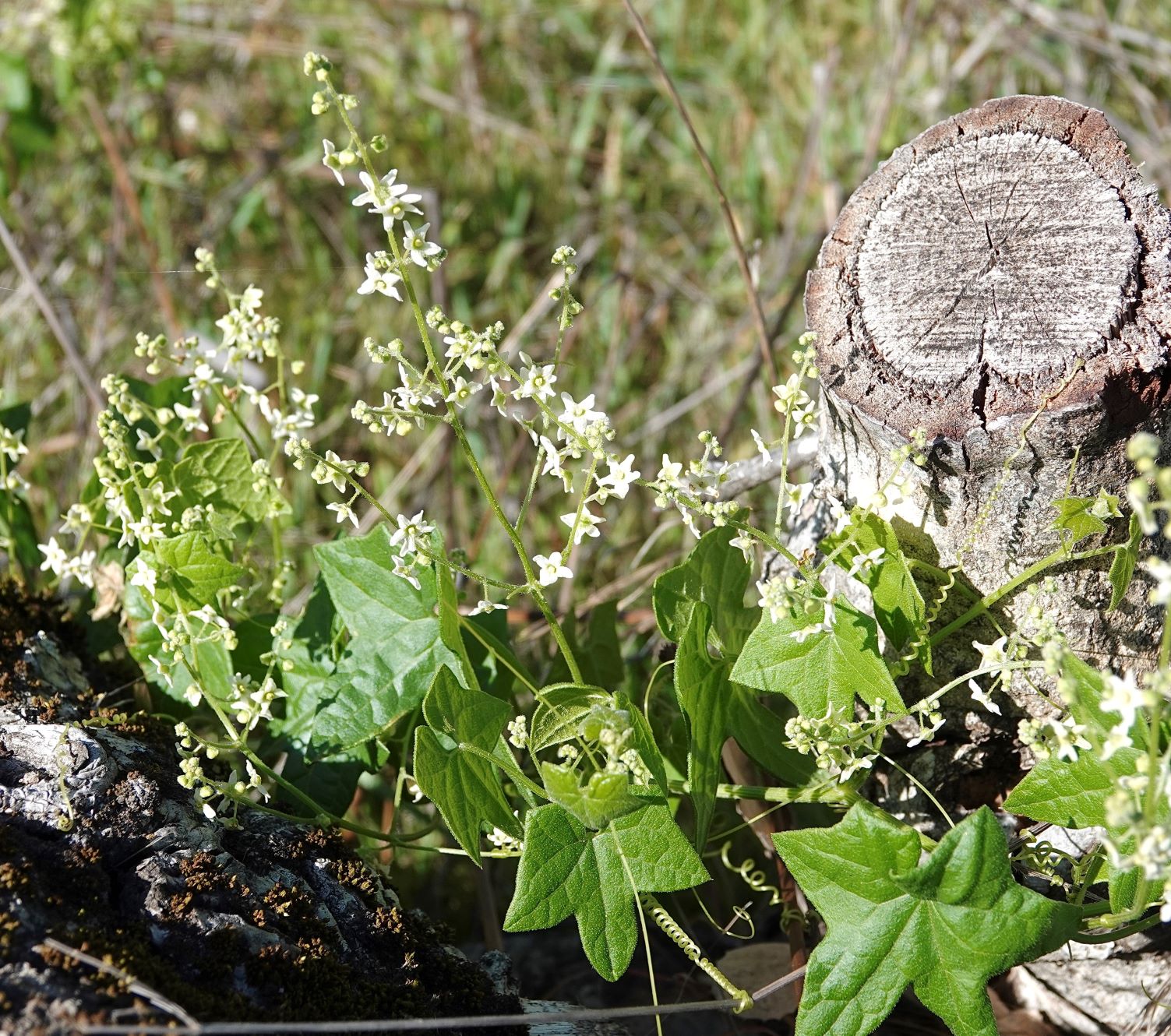 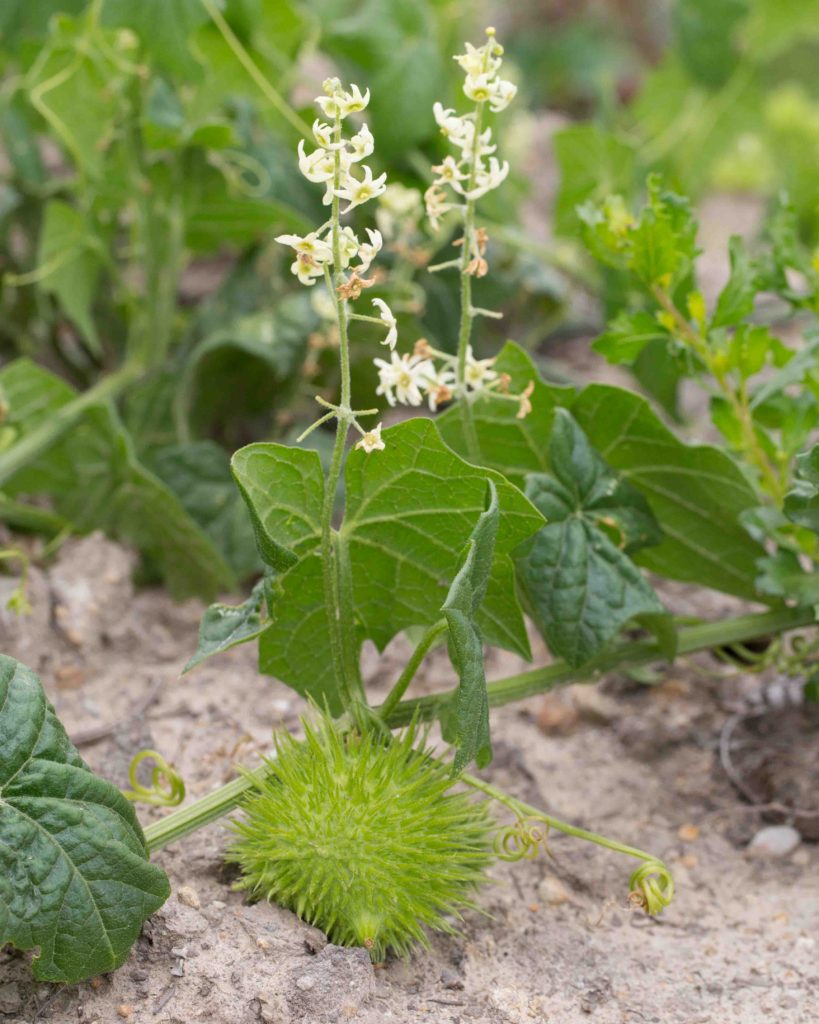 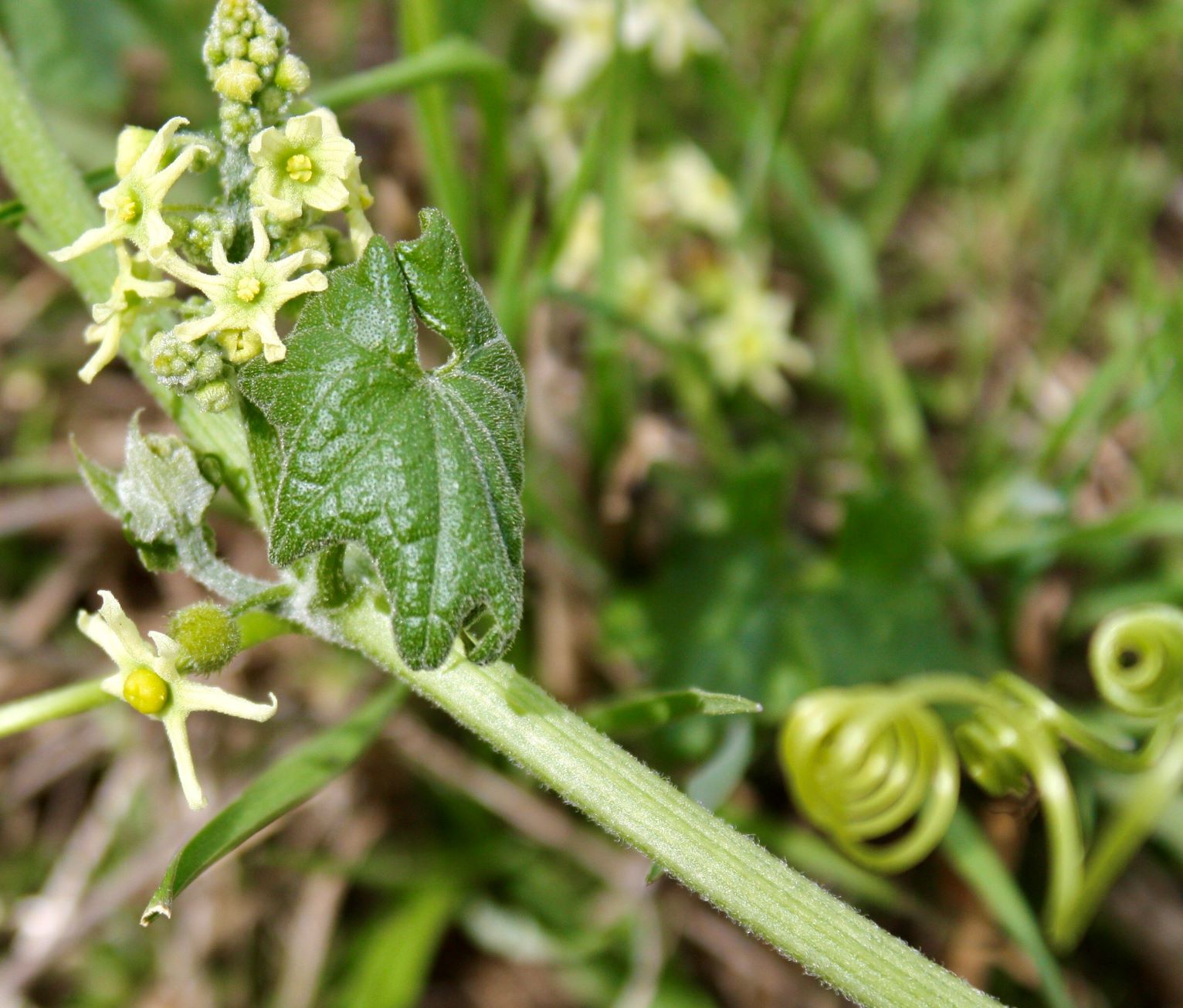 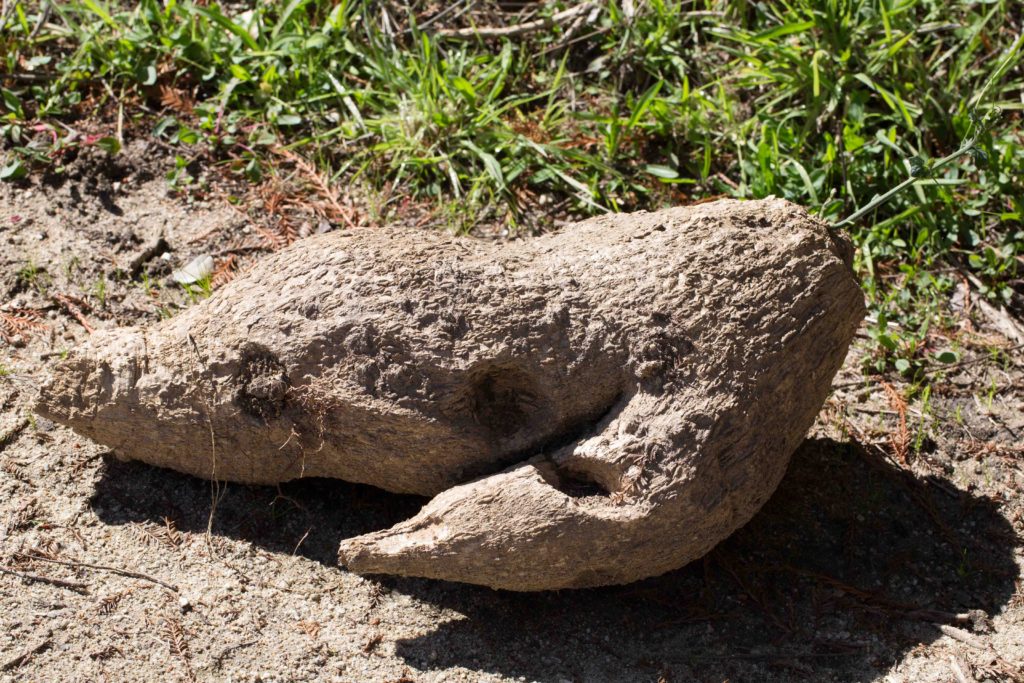