The plants in this family used to form part of a broader Lily family (Liliaceae).  They vary significantly in their appearance, from the conventional, star-like flowers of the Star Lilies / Death Camas (Toxicoscordion), through the rather unconventional flowers of the Trilliums / Wakerobins (Trillium), to the tall flower spike from a dense base of grass-like leaves of Bear Grass (Xerophyllum), and the distinctive Corn-lily (Veratrum), found mainly in the Sierra.

This is fairly common in early spring, with large panicles or racemes of white star-shaped flowers.  Each flower has 6 petal-like perianth parts: 3 narrow and long-clawed, alternating with 3 wider and short-clawed.  All have yellow glands at their base. The stamens are shorter than the perianth parts, unlike those of Death Camas (Toxicoscordion venenosum, see below).  Sometimes known as Fremont’s Death Camas, since all parts of the plant are highly toxic.

Del Monte Forest and the nearby Veteran’s Park are home to the Dwarf Fremont’s Star Lily, a smaller form no more than 25 cm tall.  It has fewer flowers (generally 3–5) and flowers earlier in the year (December to January).  This used to be treated as a distinct variety (var. minor), and some local botanists believe that this separate treatment should be revived.  The lower row of photos show this form, which can be both numerous and consistent in its appearance.  Photos  #2-3 by CJH. 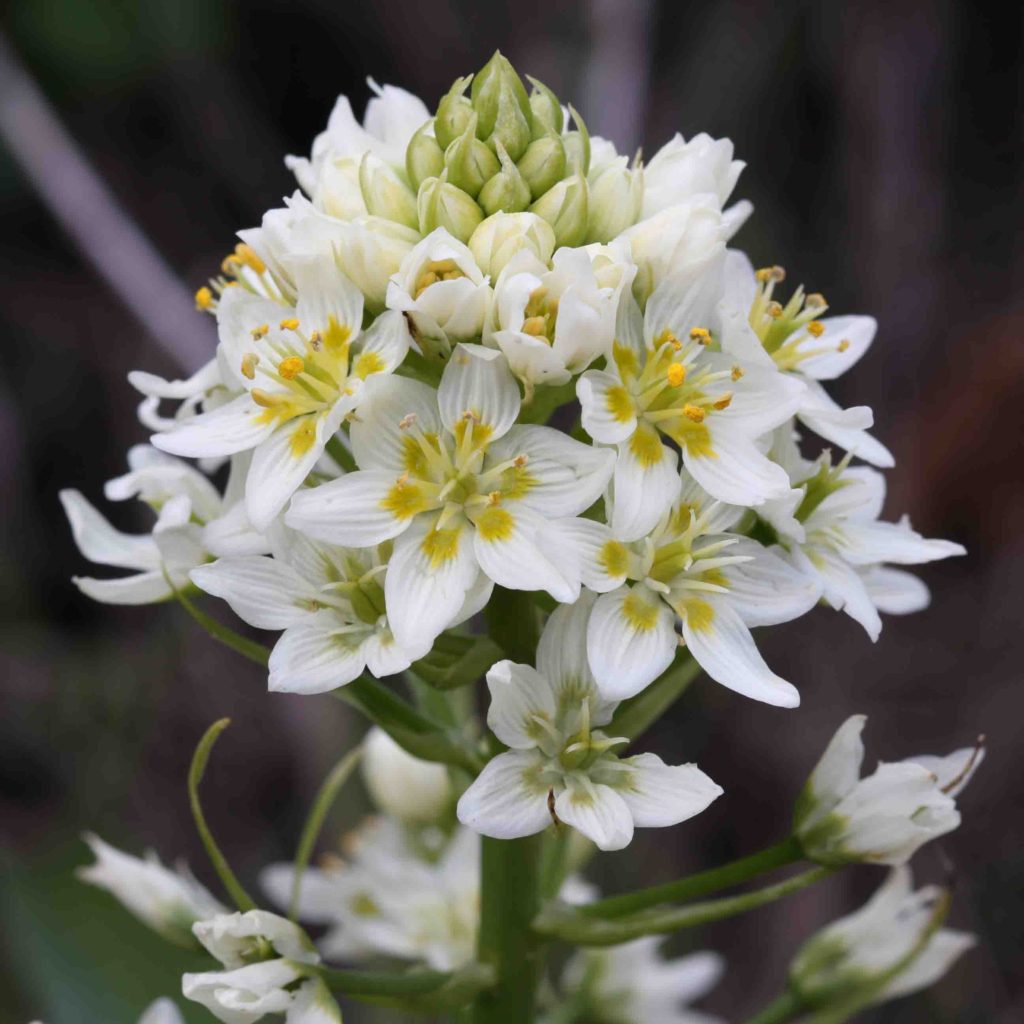 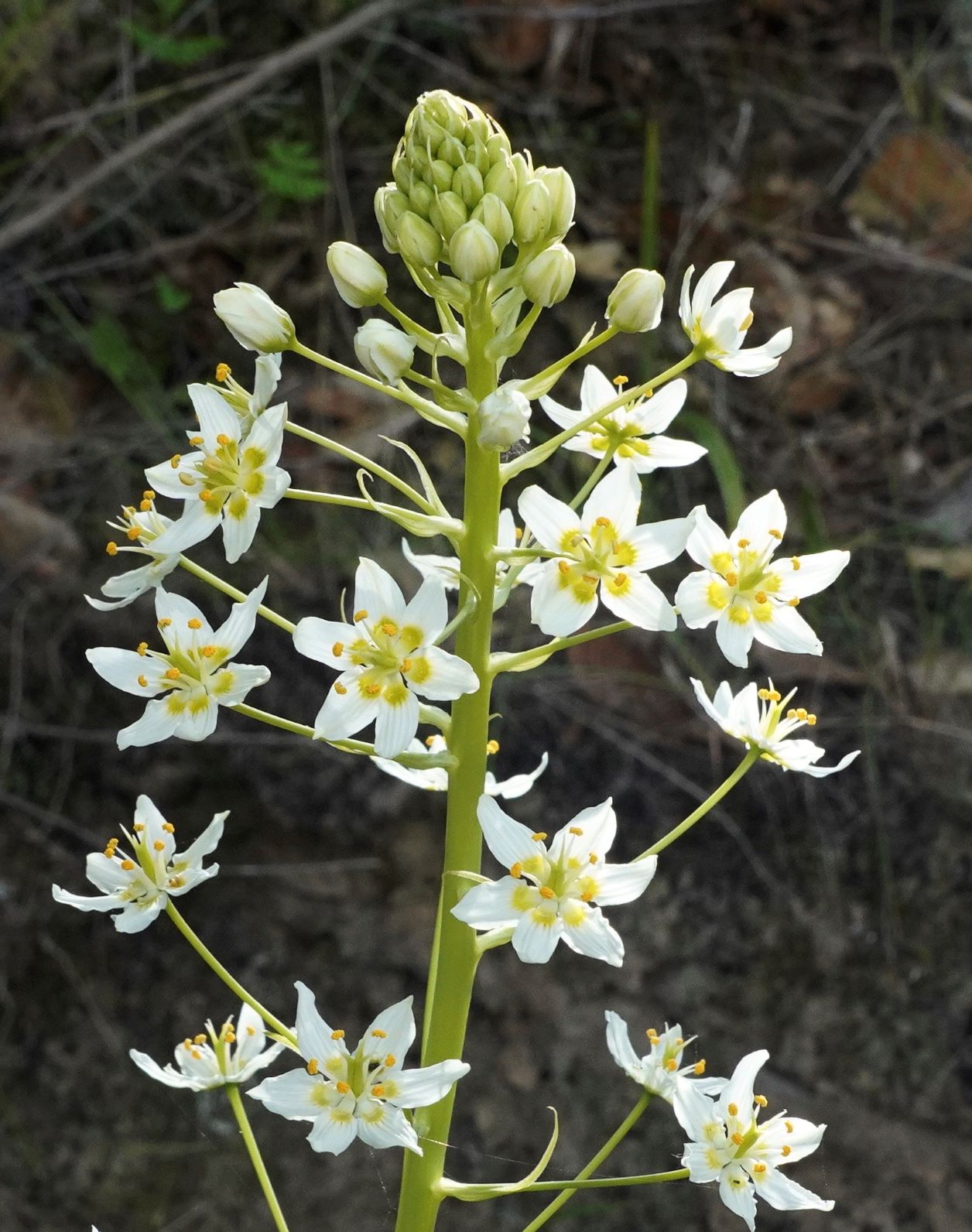 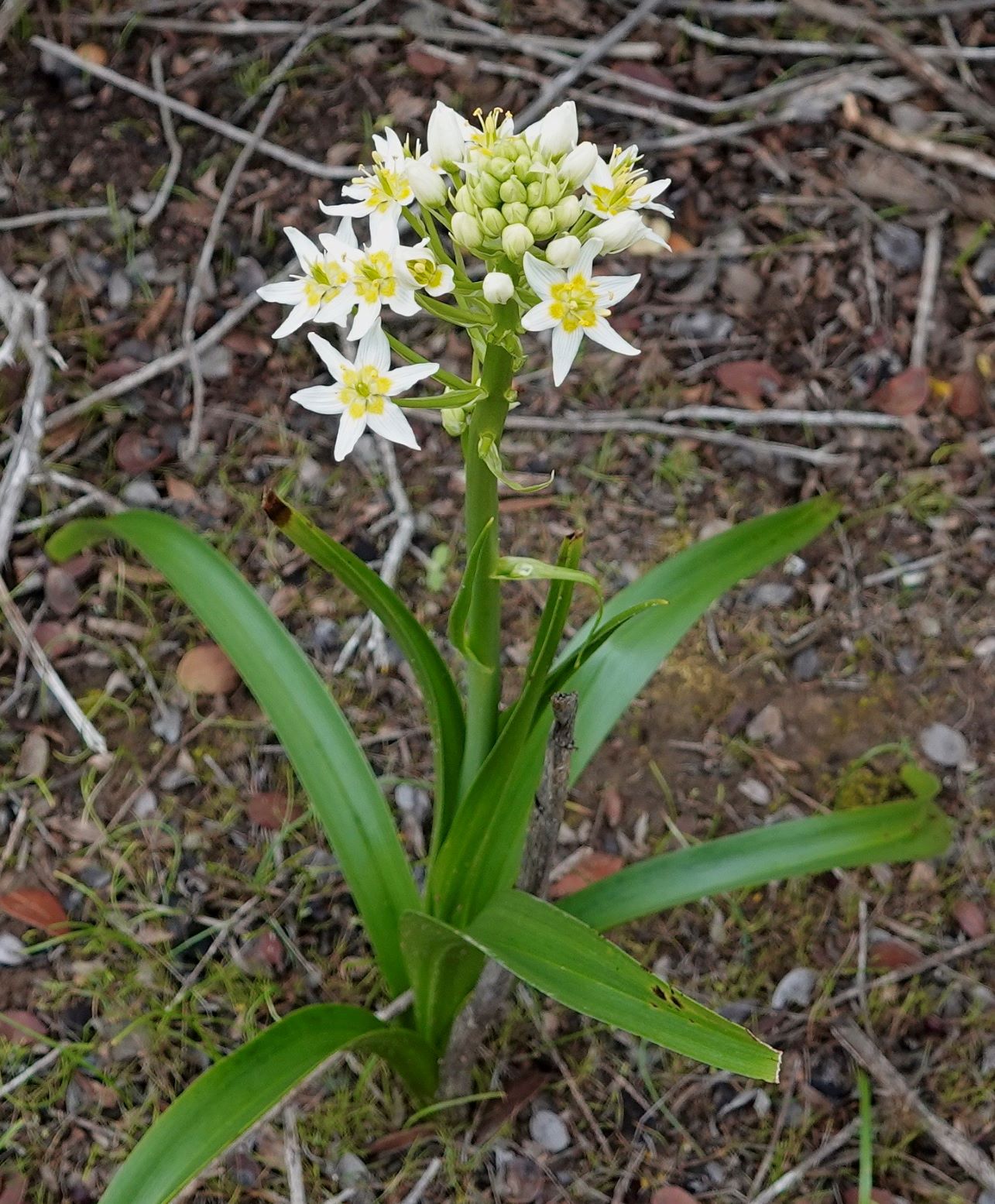 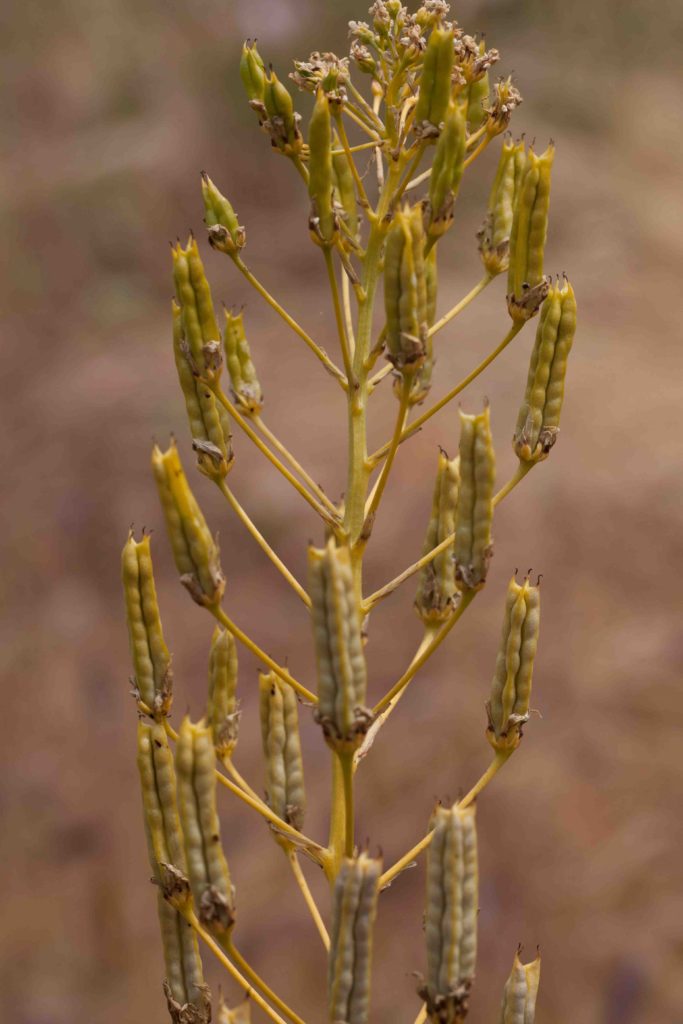 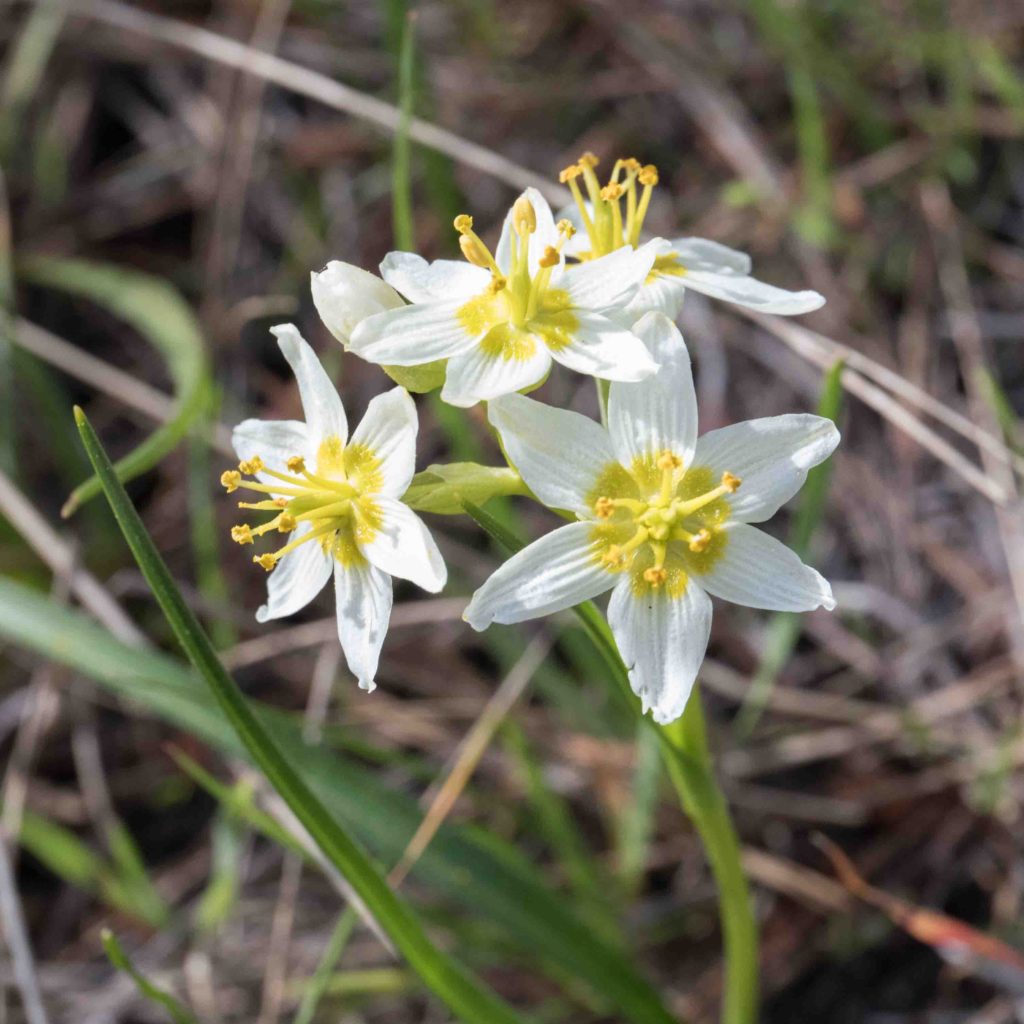 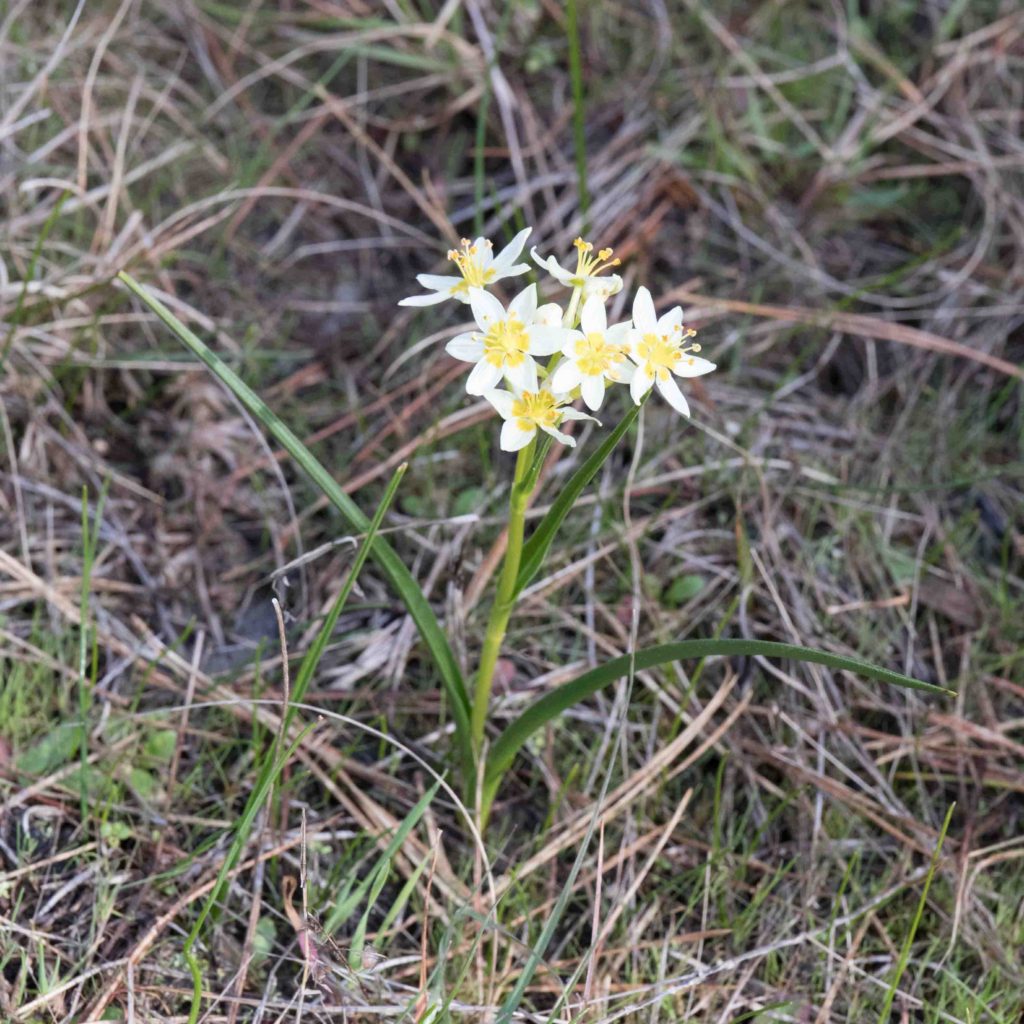 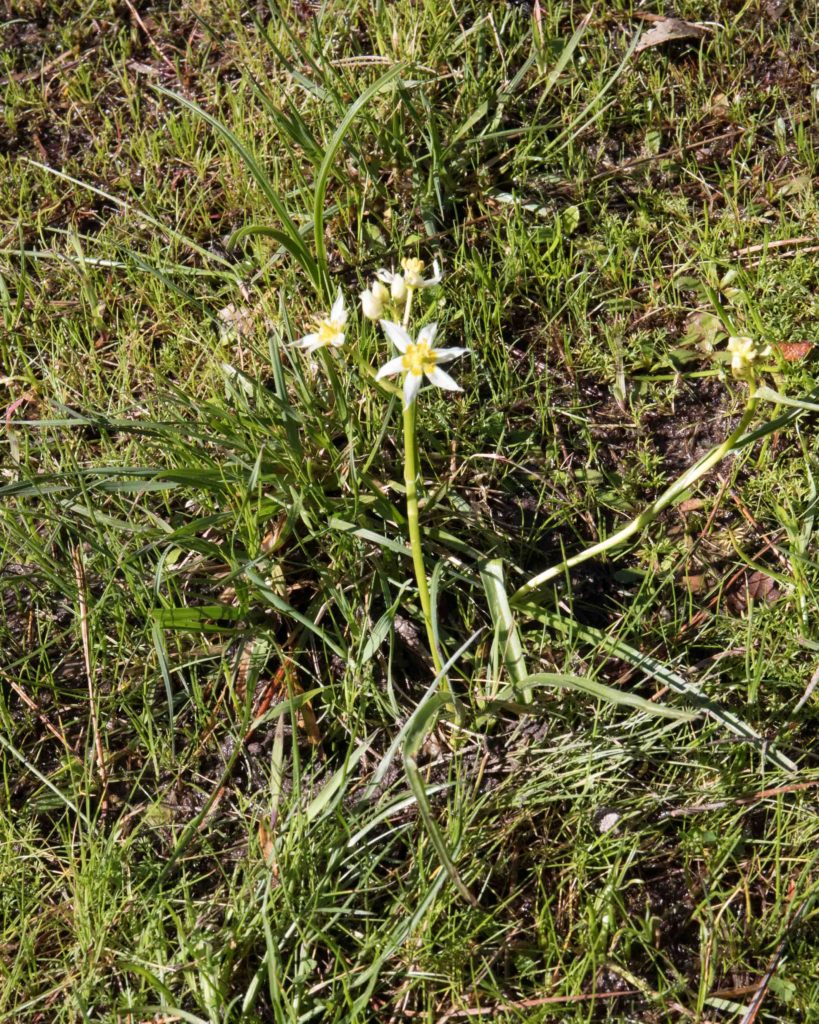 This is less common than Fremont’s Star Lily (Toxicoscordion fremontii, see above).  They both have similar panicles or racemes of white star-shaped flowers, but this has fewer flowers, a little smaller and with stamens that are equal to or longer than the petal-like perianth parts.  In contrast, those of Fremont’s Star Lily are less than half as long.  All the perianth parts are clawed, and all have yellow glands at their base.  All parts of the plant are highly toxic. 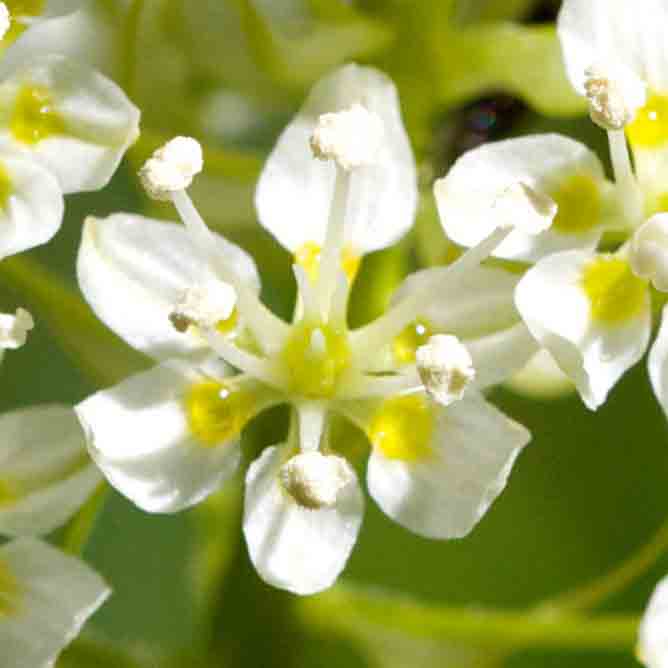 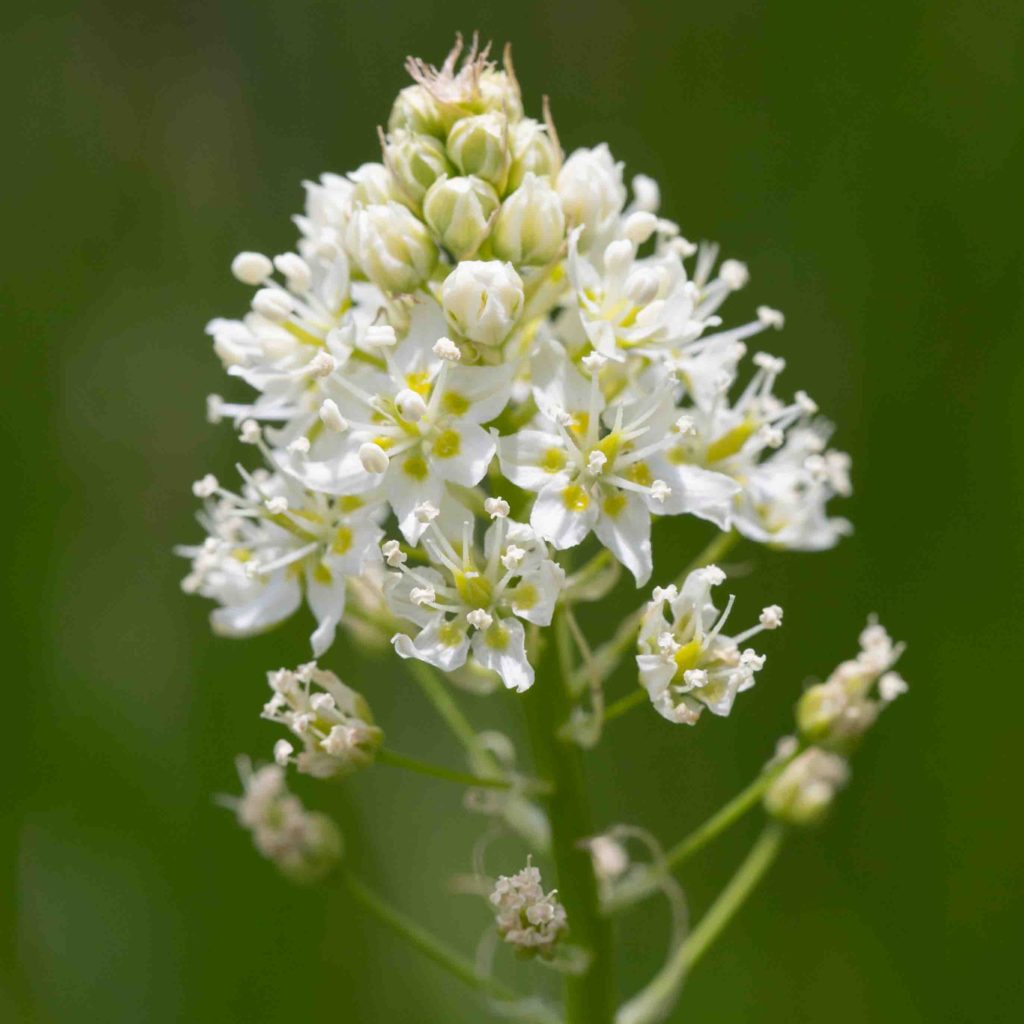 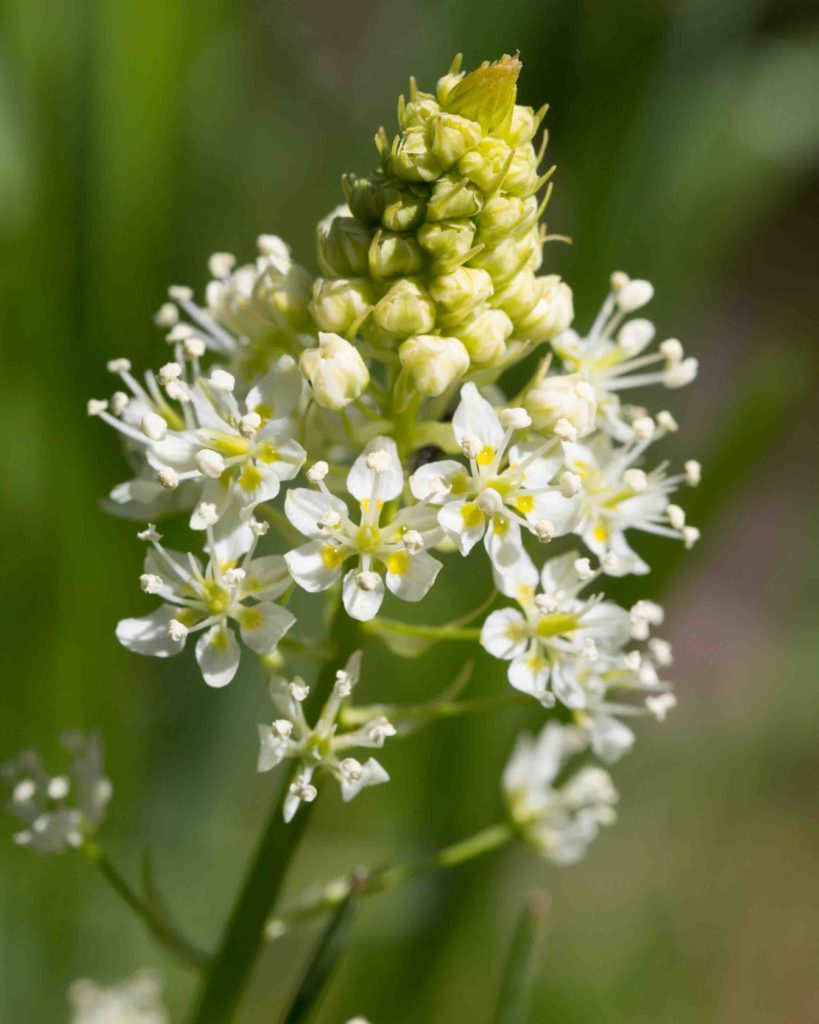 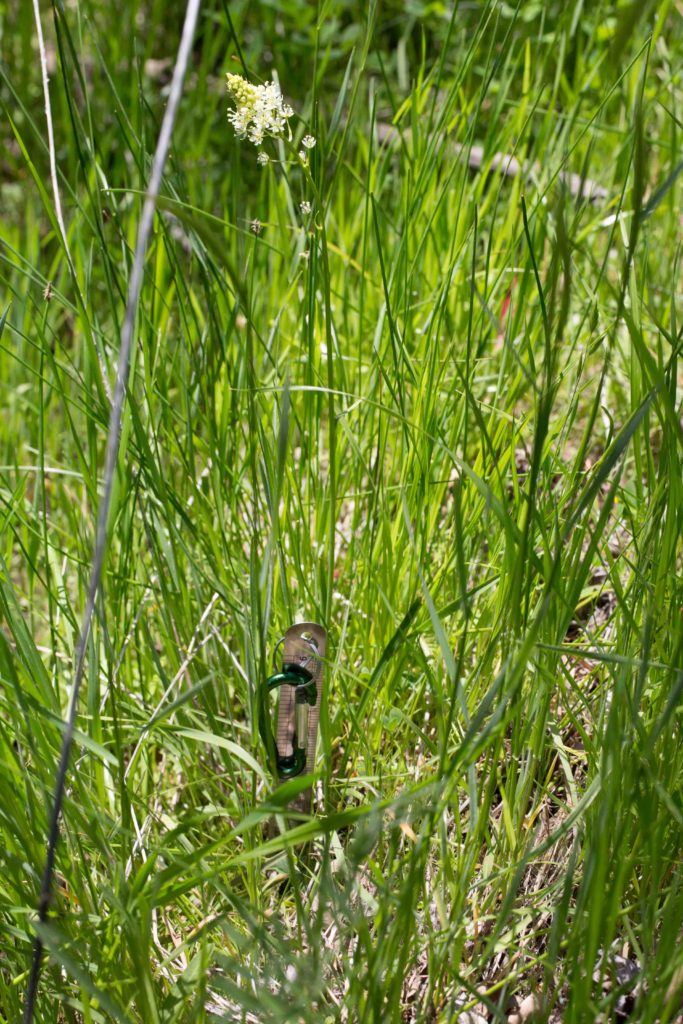 A common spring woodland plant, immediately recognizable by its three large, generally mottled leaves, whorled around the stout stem.  The leaves are just below the single, 3-petaled flower.  Neither the leaves nor the flowers have stems.  Petals and sepals are erect, and vary from yellow to purplish in color.  Photo #2 by CJH. 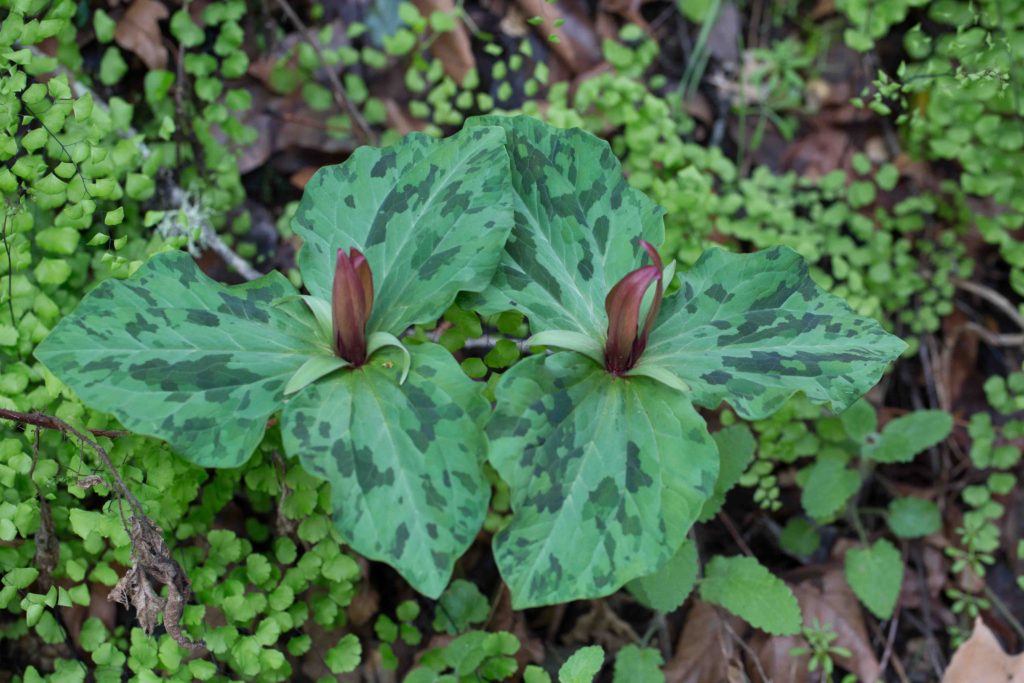 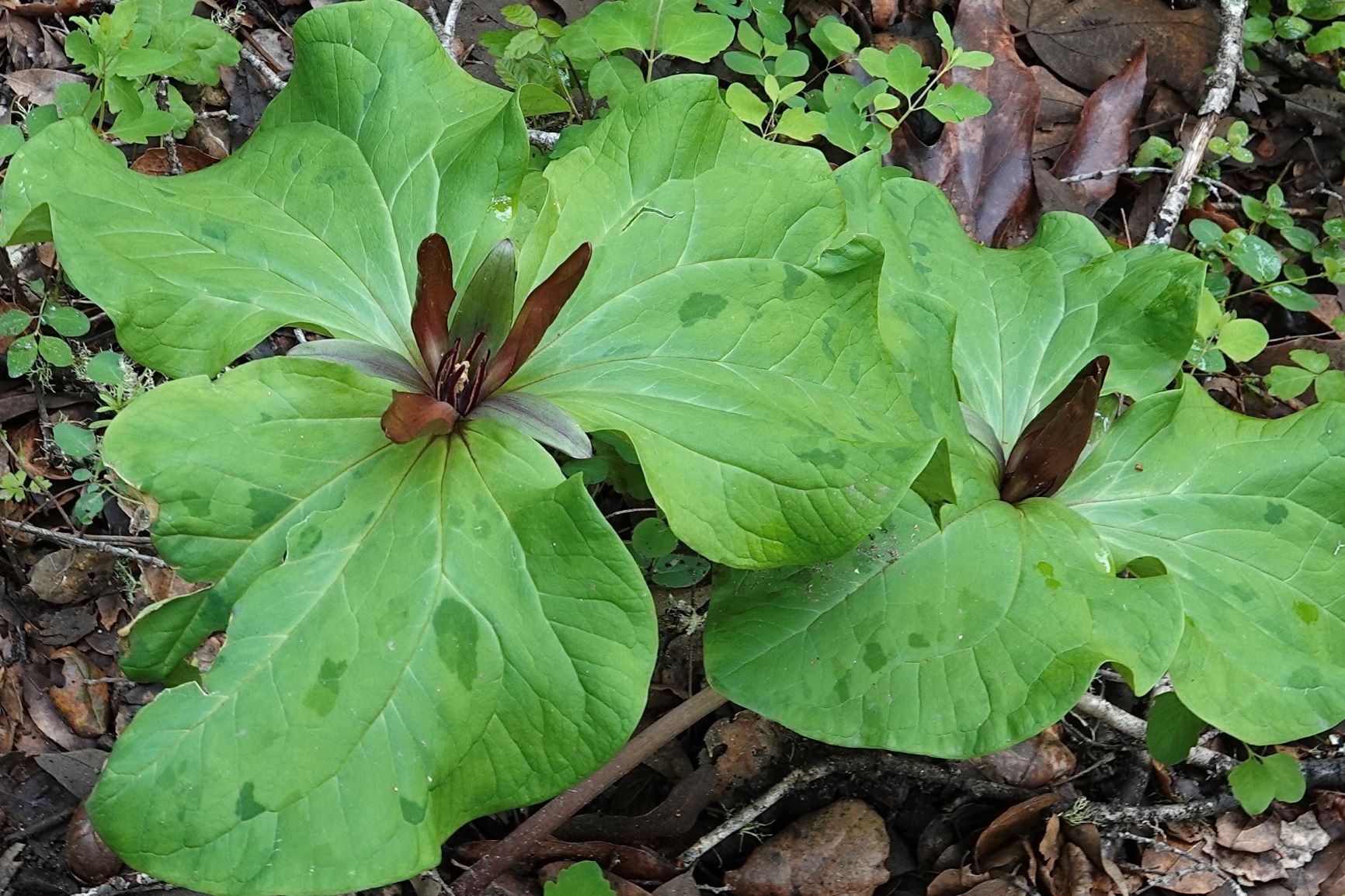 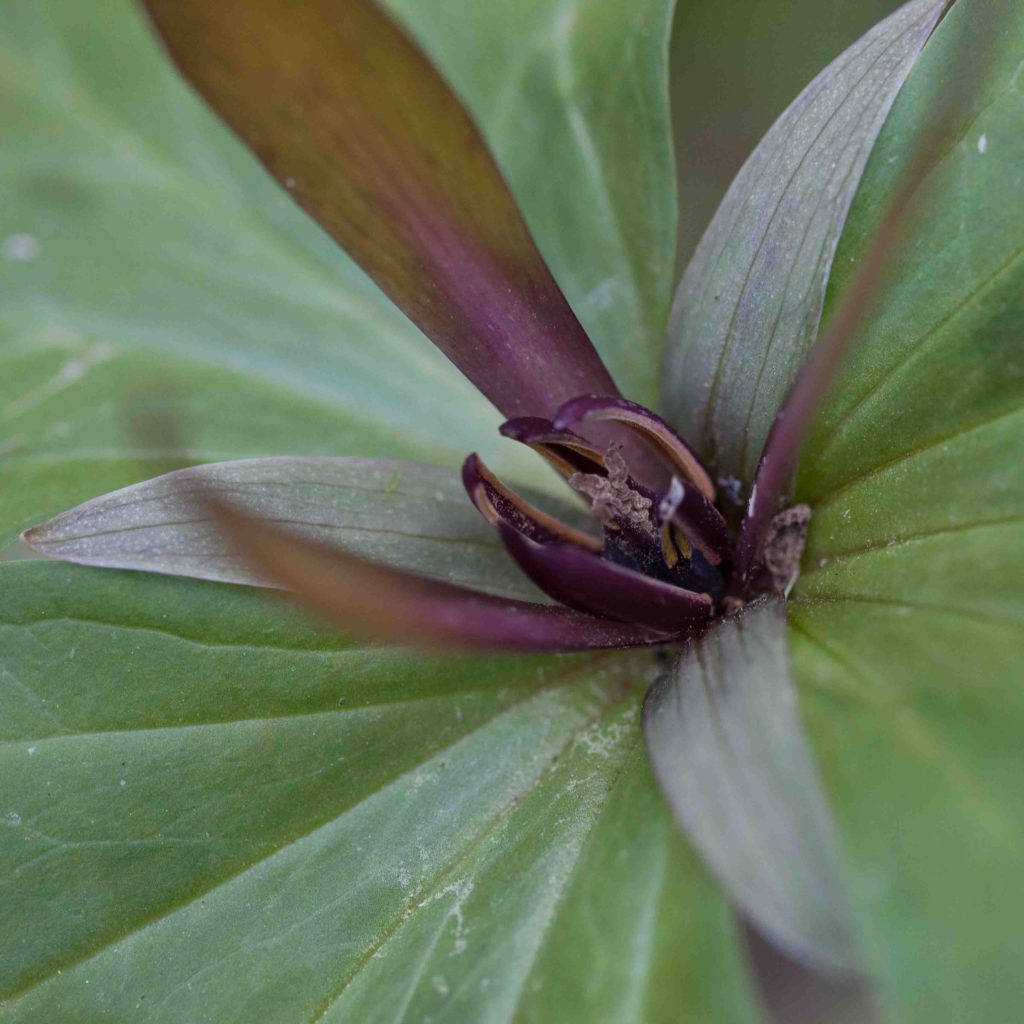 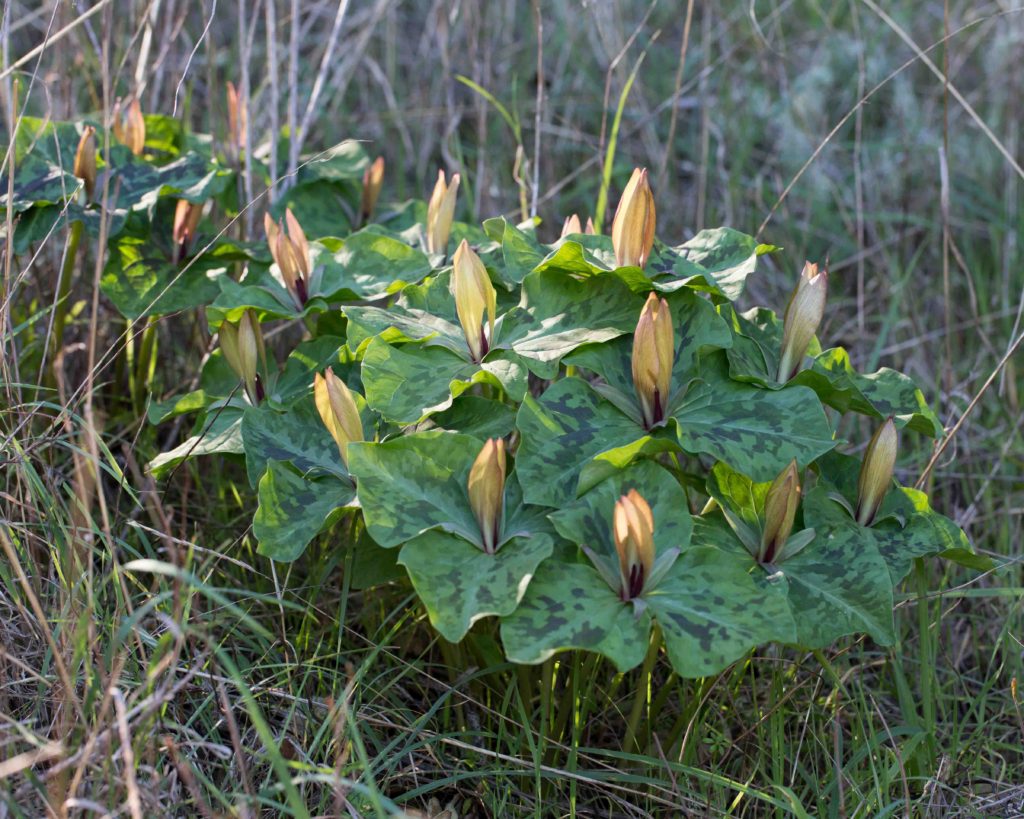 This is less common in Monterey County than Giant Trillium (Trillium chloropetalum, see above).  It also has three leaves, but they are a little smaller and generally not mottled.  Its flowers are quite different, with a distinct pedicel, prominent sepals, and spreading petals which start out pure white, later becoming pink or lavender-purple.  The fruit is a distinctive, 6-winged, dome-shaped capsule.  Photo #2 by CJH. 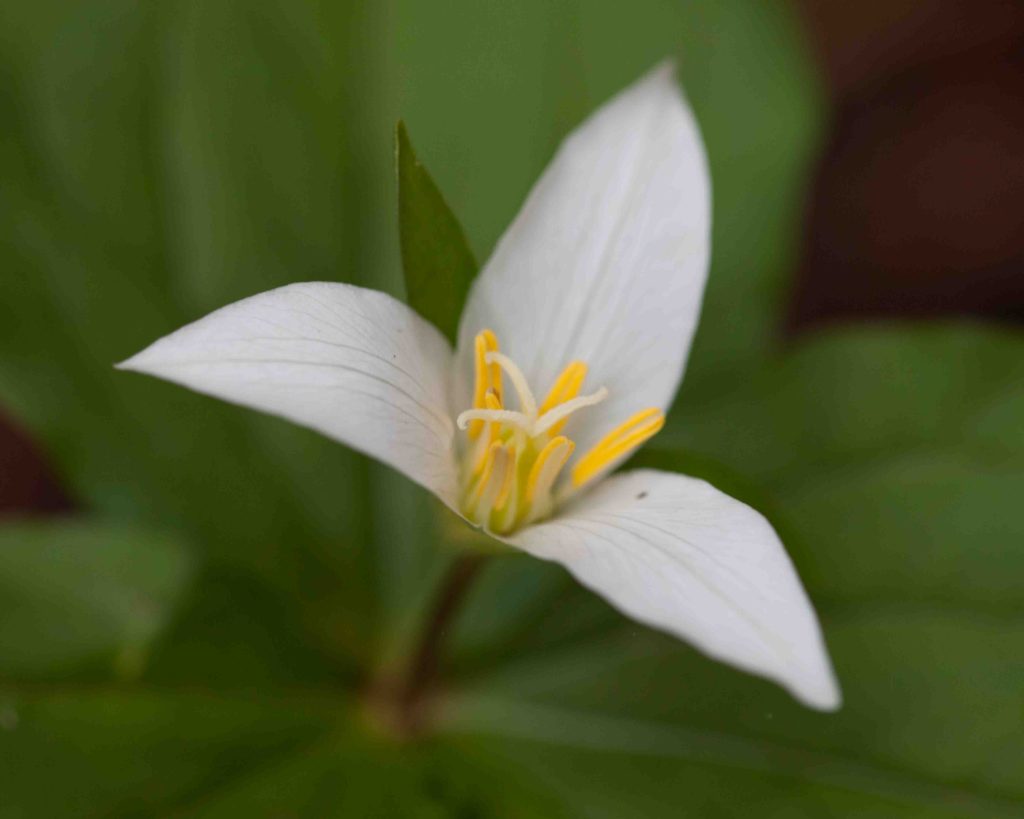 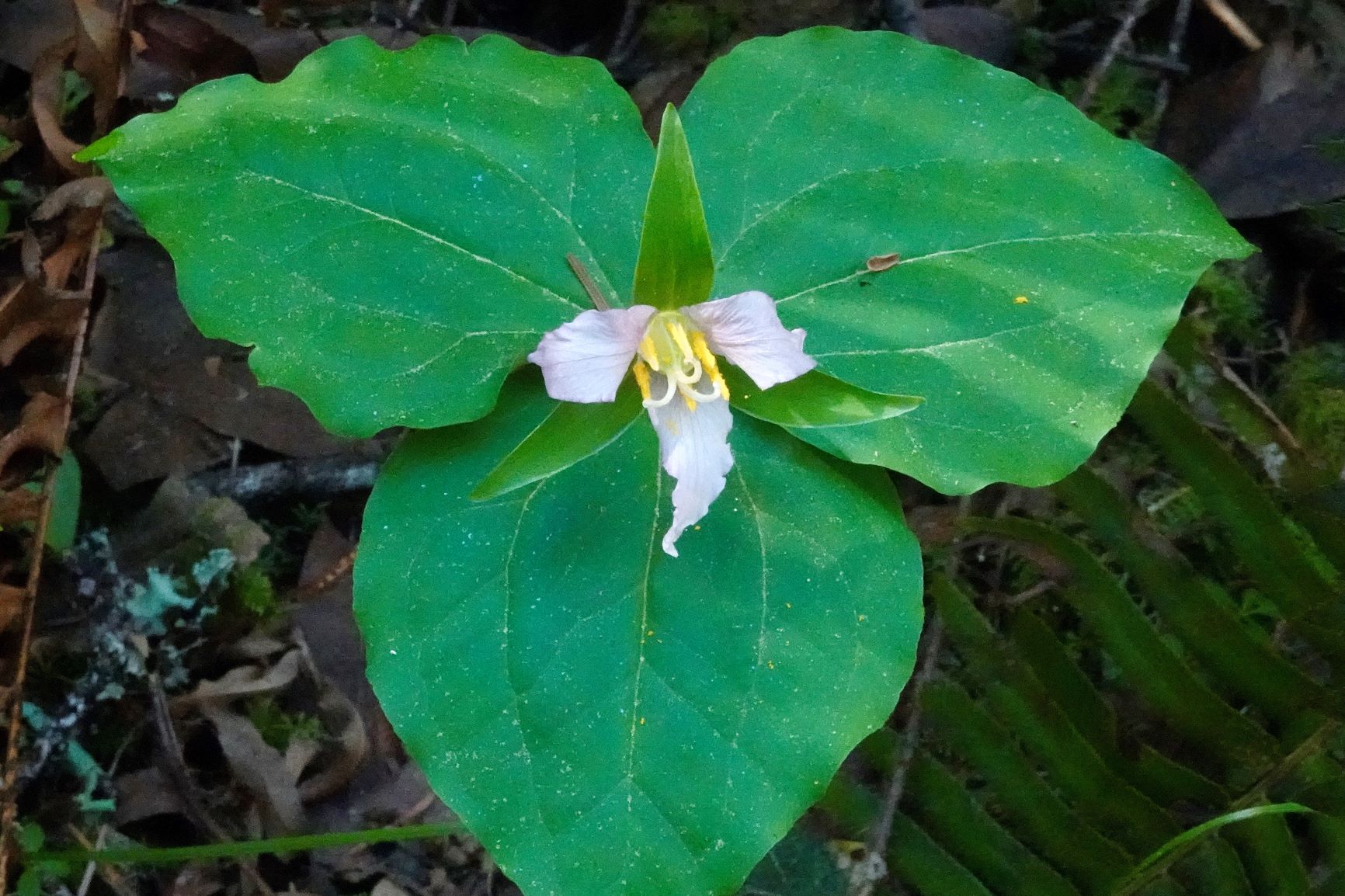 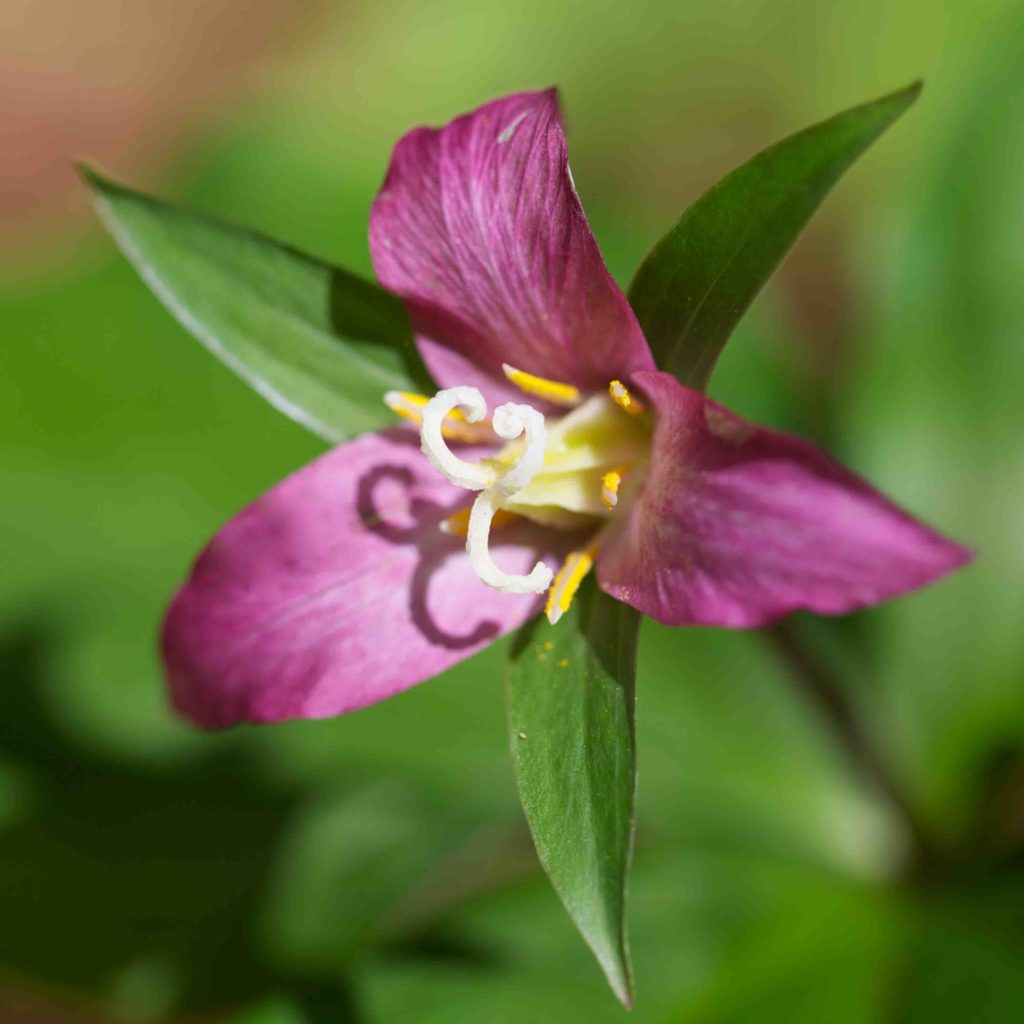 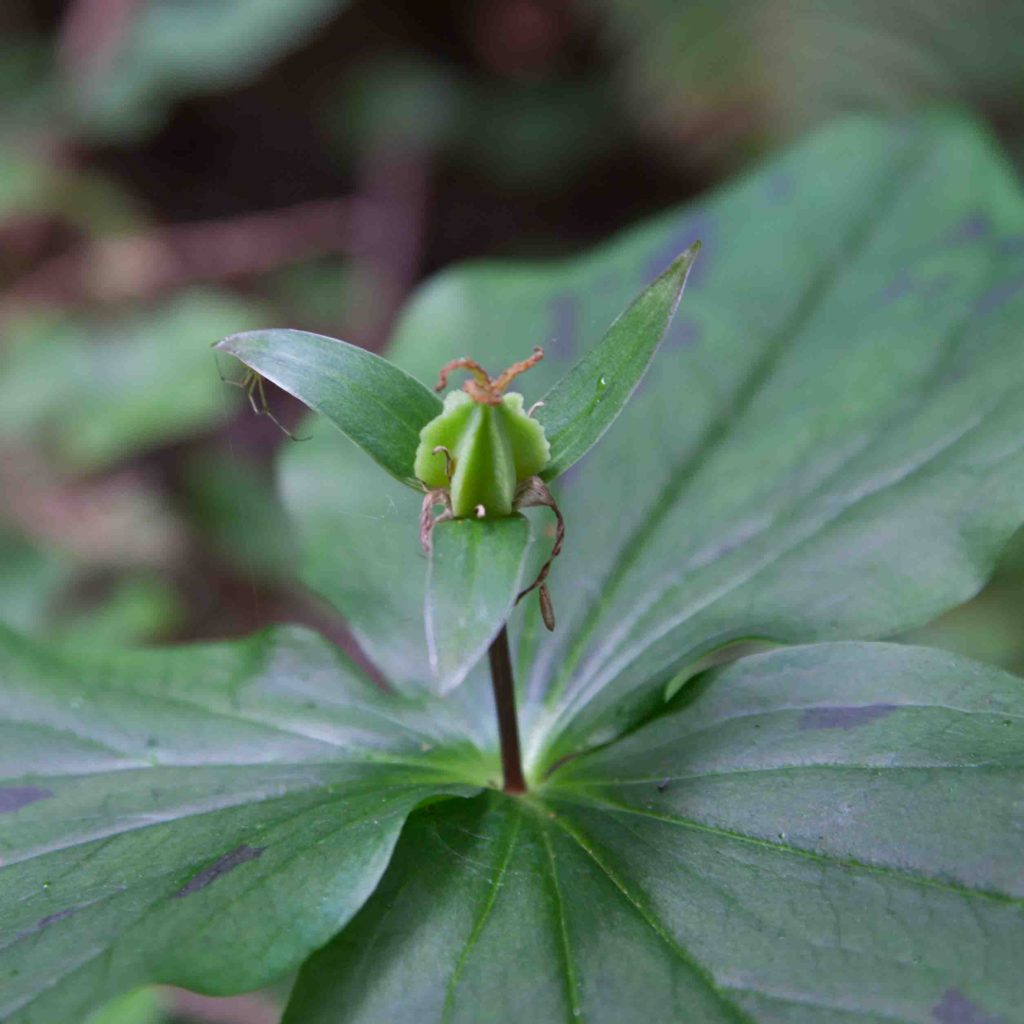