Like most navarretias, this is a prickly plant.  It is common and reasonably easy to recognize.  It has small, deep violet, tubular flowers.  Less attractive but more distinctive are its spiny bracts, broad at the base, narrowing to a terminal lobe which is longer than the adjacent lobes, and with a tip that more or less follows the curve of the bract.  The sharply down-curved tip of the bract of the Hooked Navarretia (Navarretia hamata, see below) is quite different. 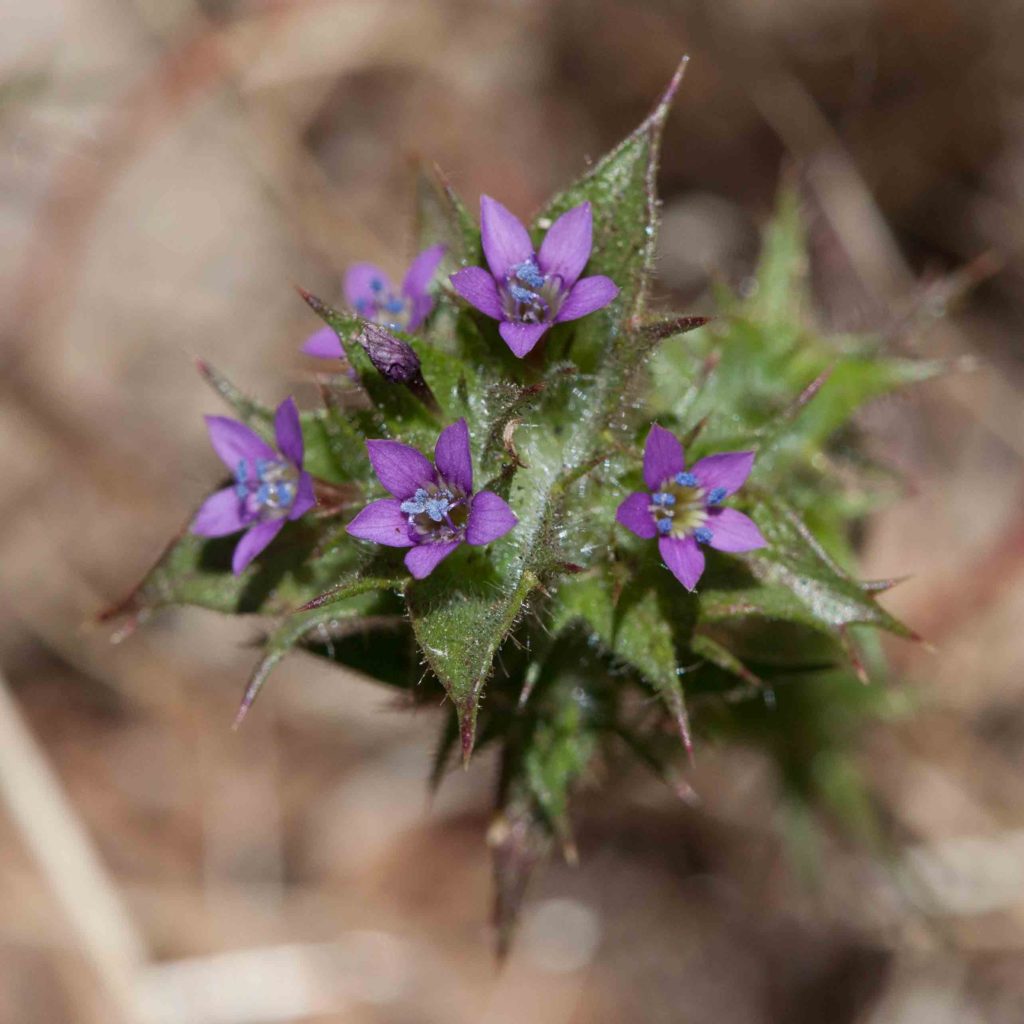 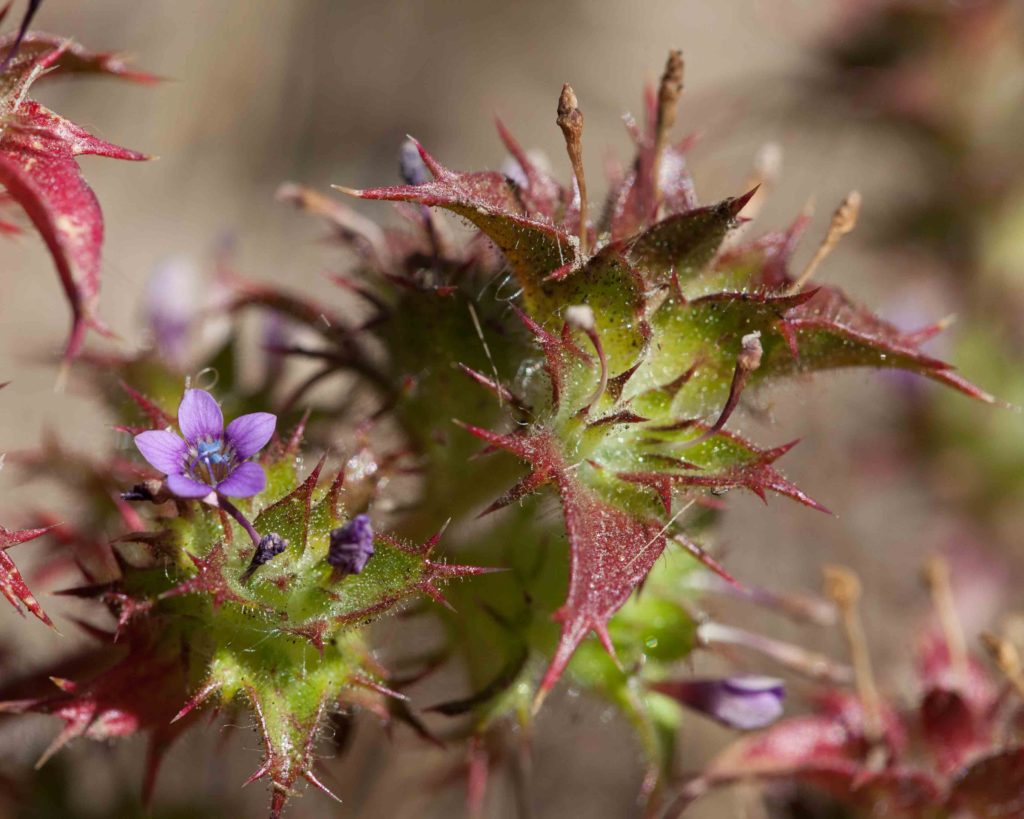 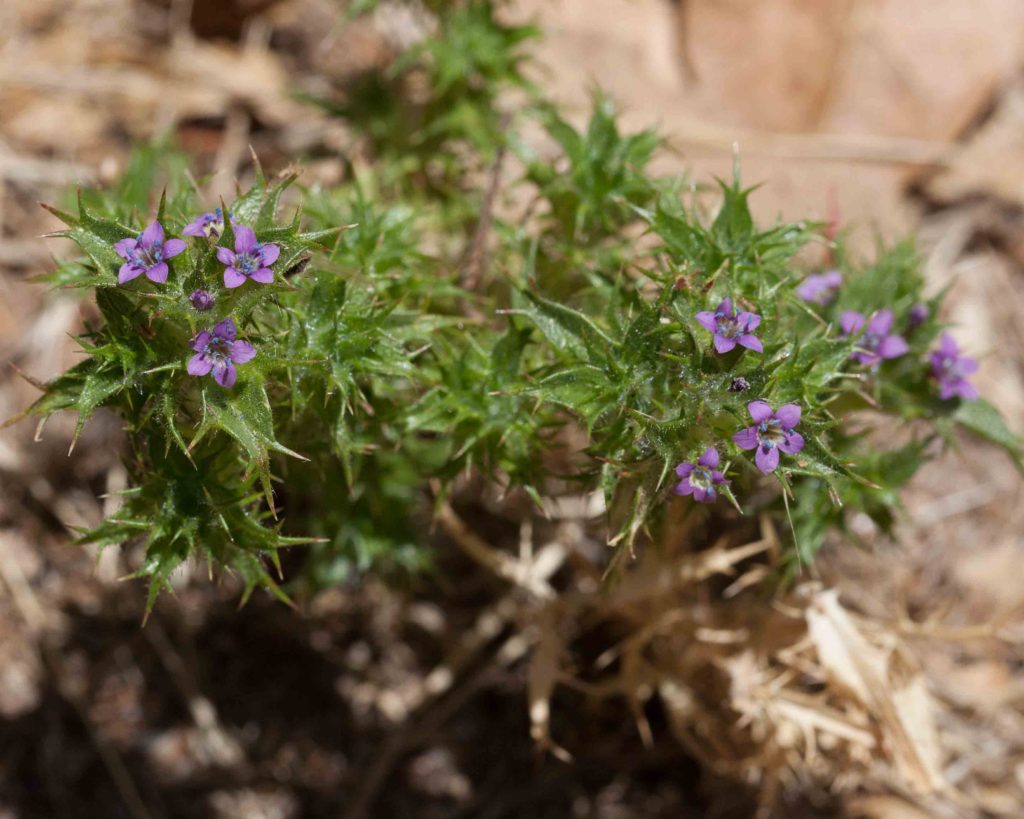 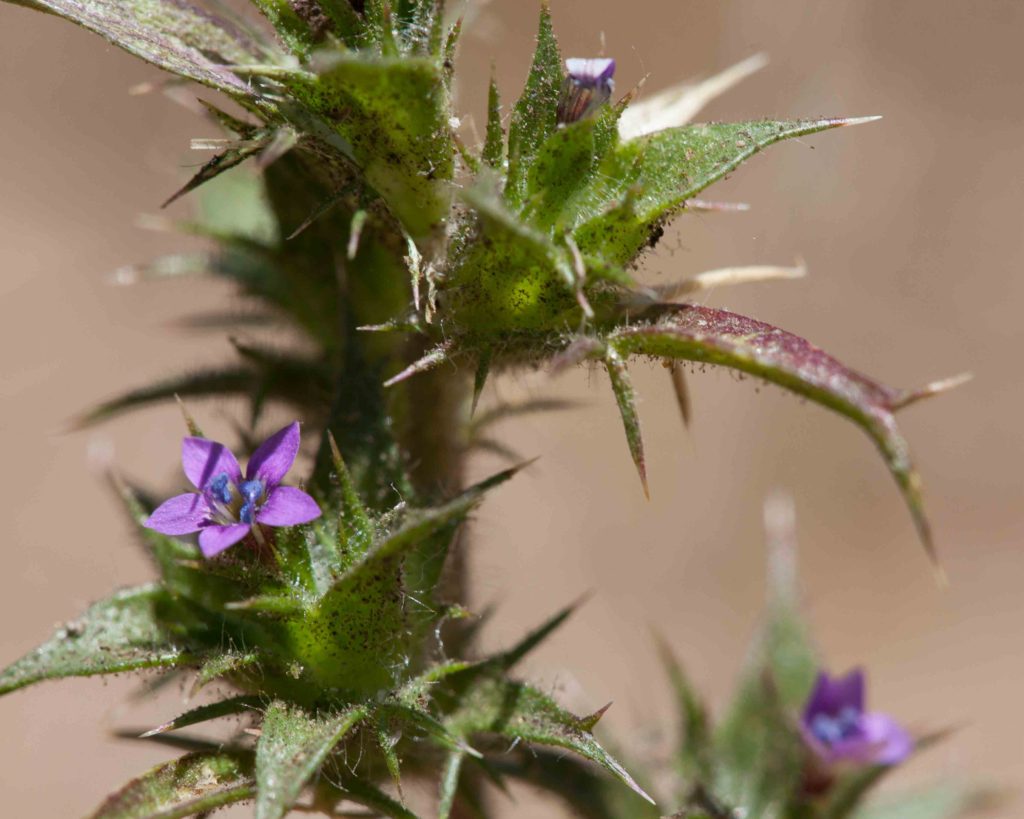 This is similar to Holly-leaf Navarretia (Navarretia atracyloides, see above).  However, it is reasonably easy to distinguish.  Its flowers are paler in color, whitish to pale blue or lavender.  Its bracts are often much narrower, and the terminal lobe ends in a tip that is sharply (almost 90°) down-curved, more or less equal in length to the adjacent lobes.  The plant also has a skunky smell, though less noticeable than Skunkweed (Navarretia squarrosa, see below).  While not known as a fire follower, it can appear in huge numbers in recently burned areas.  Photo #4 by CJH. 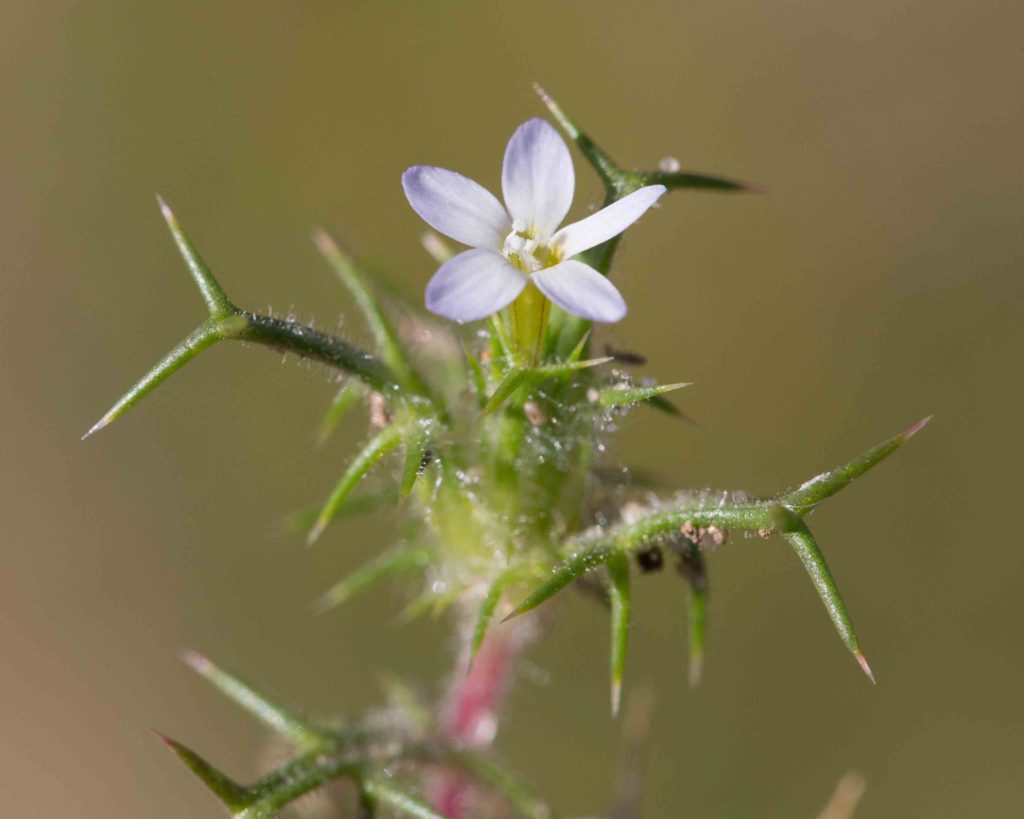 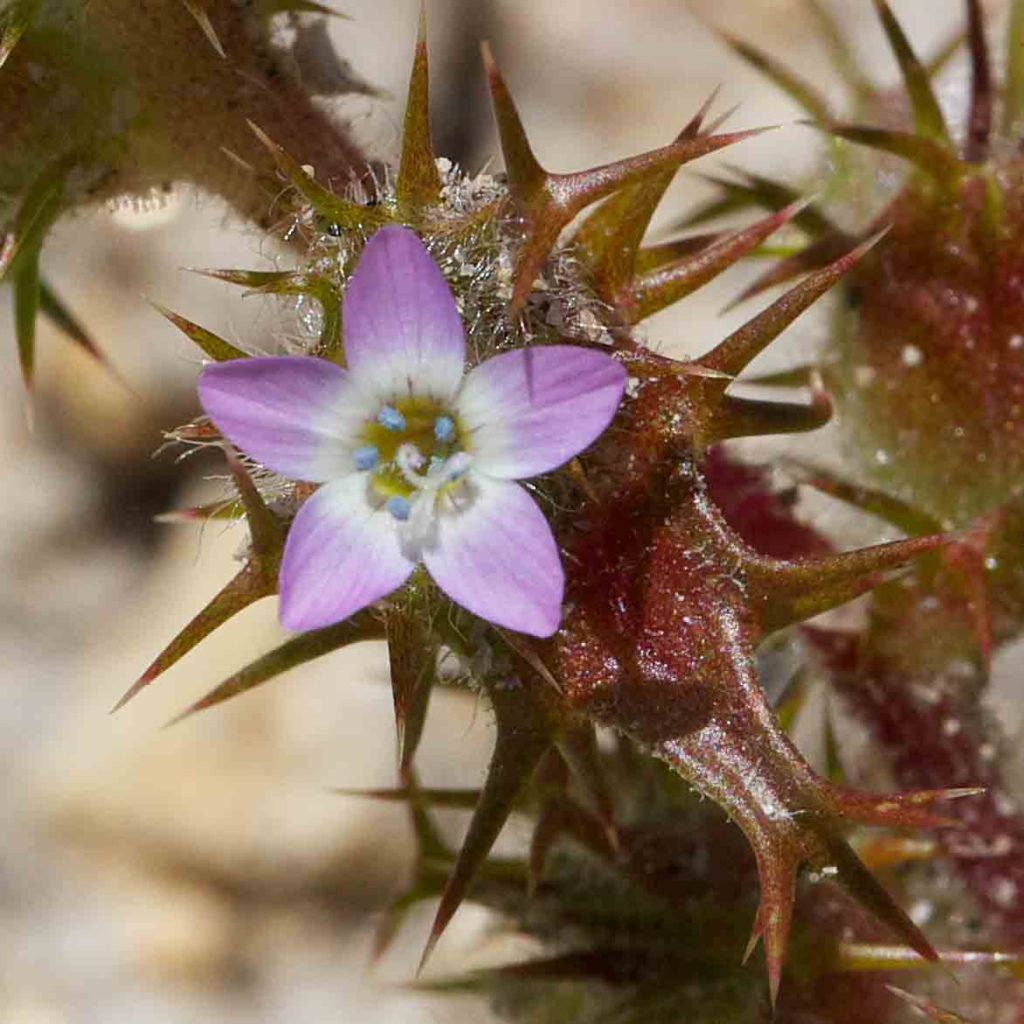 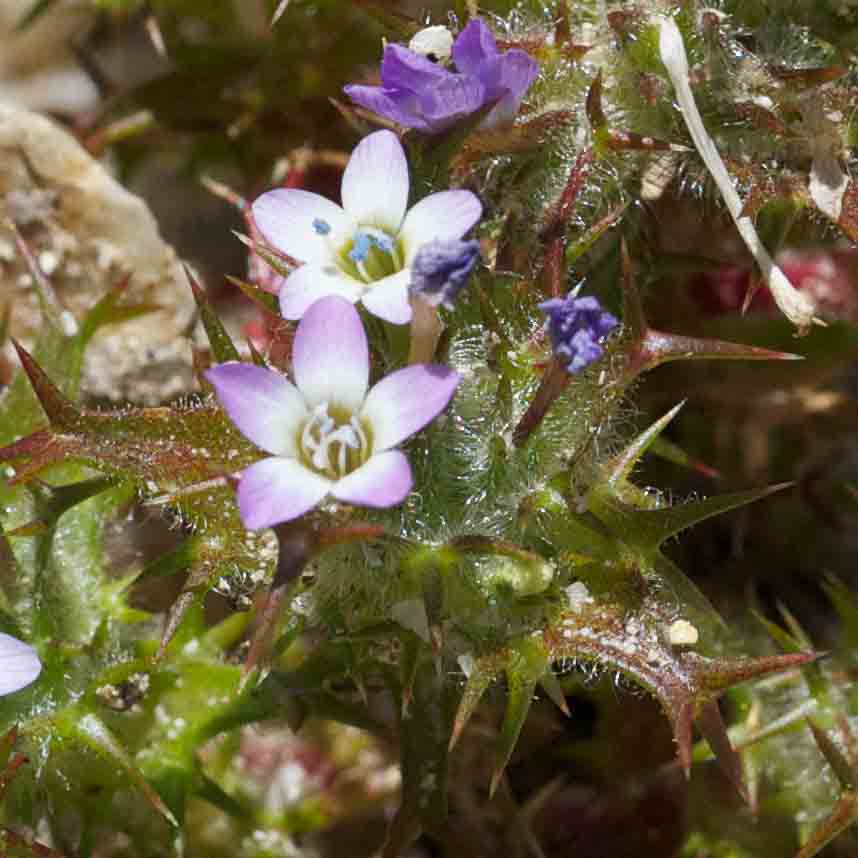 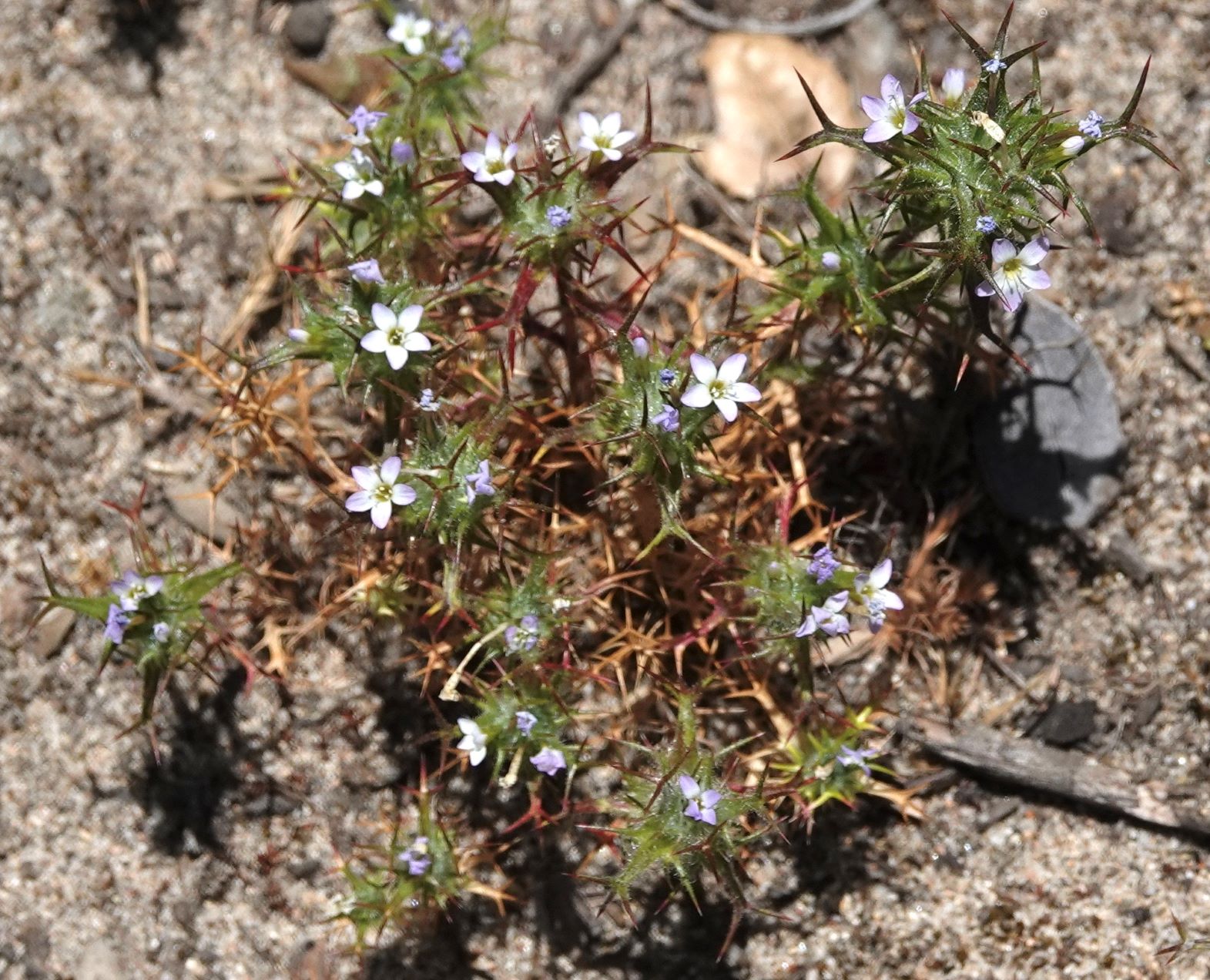 This is similar in appearance to Skunkweed (Navarretia squarrosa, see below), though happily has a sweeter and pleasanter smell.  The plant is noticeably shorter, and its bracts are soft compared to Holly-leaf and Hooked Navarretias (Navarretia atractyloides & hamata, see above).  The flowers are light blue to lavender, almost hidden by the calyx. 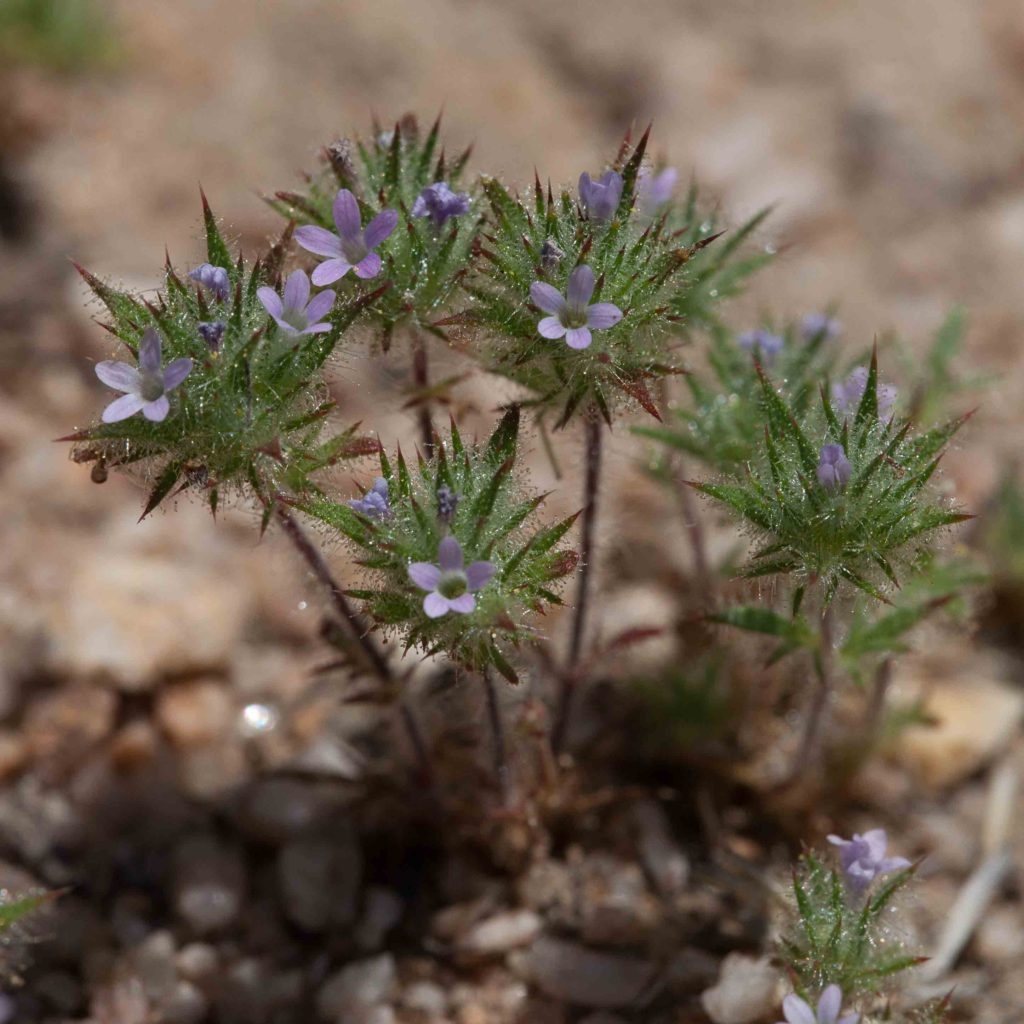 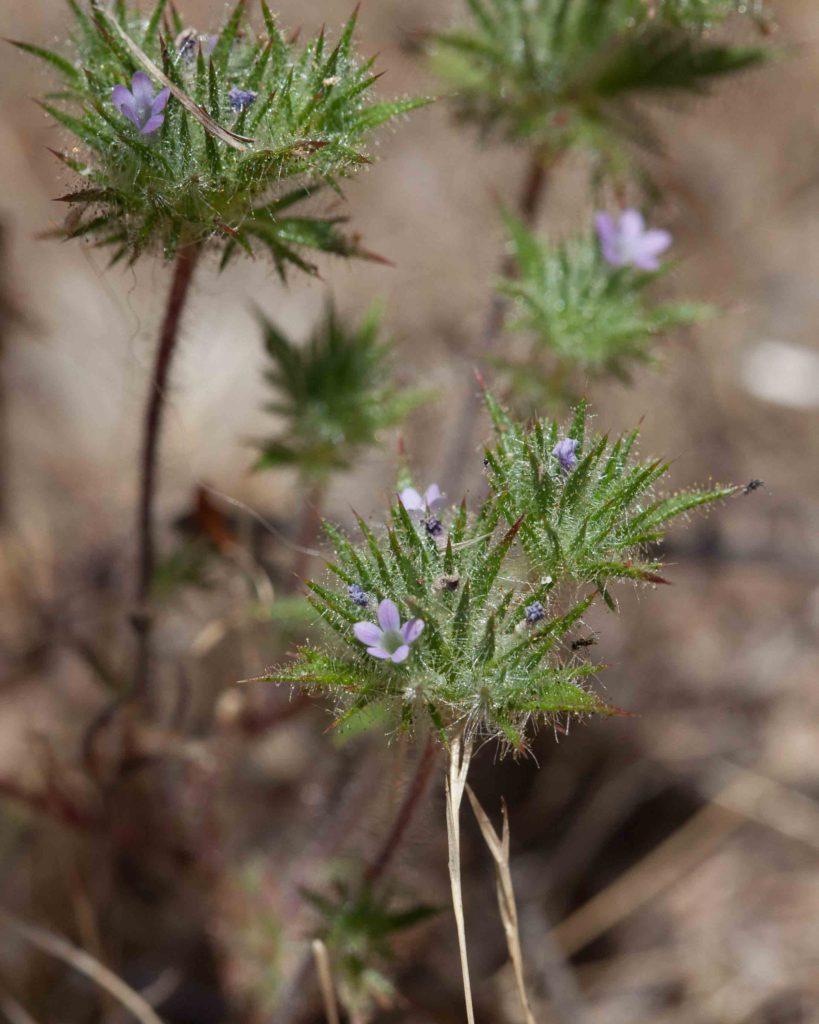 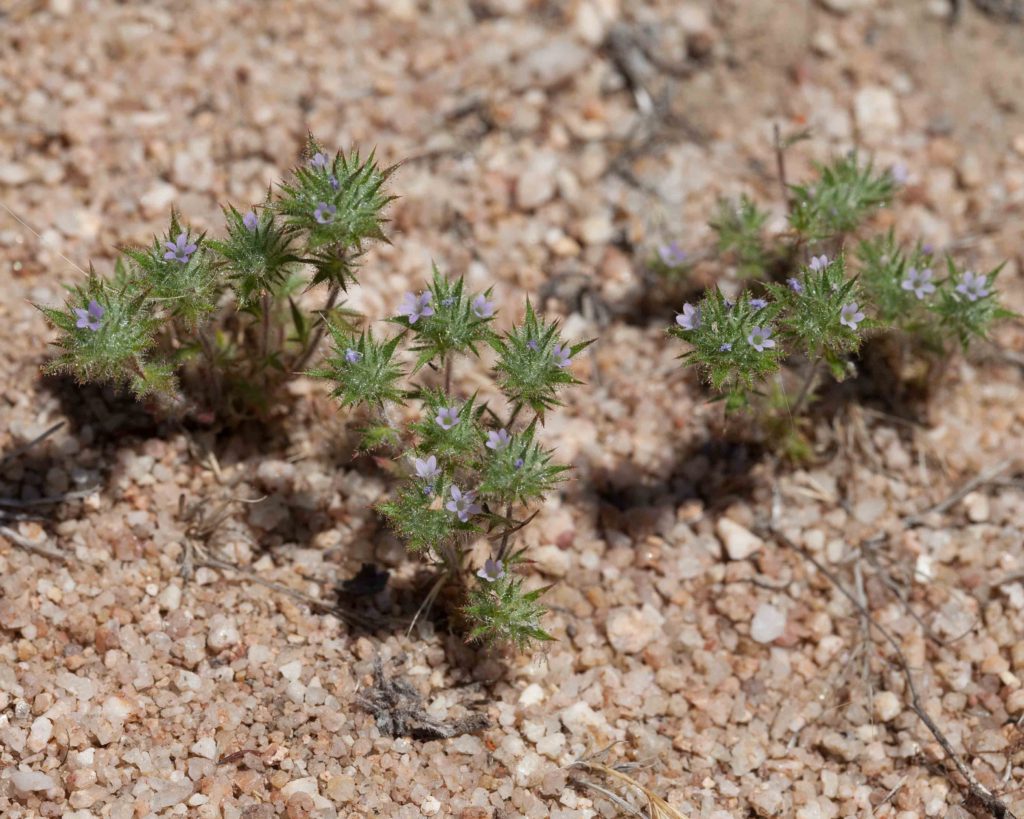 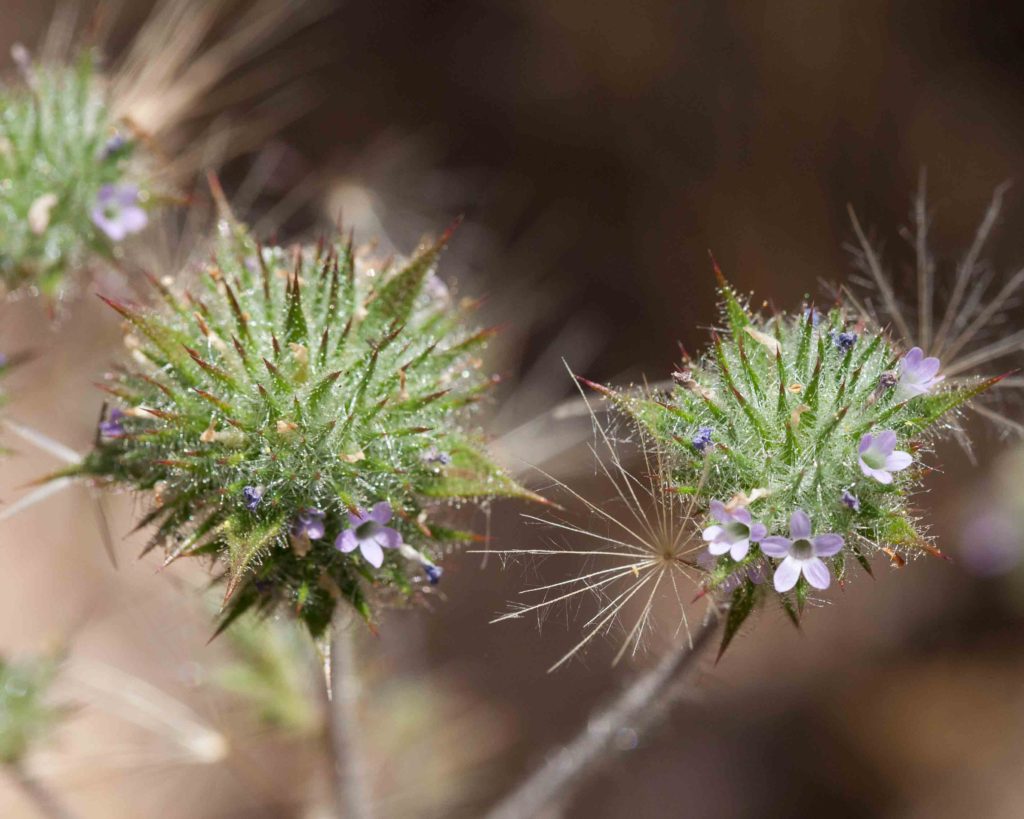 This is an unusual navarretia, most often found in the southern parts of the county.  It has glandular heads.  The branches are spreading to ascending. The corolla lobes are small (2–4 mm), blue with red bases. The bracts are distinctive; dark maroon and toothed along a wide axis, the inner bracts with a longer, narrower tip than the outer. 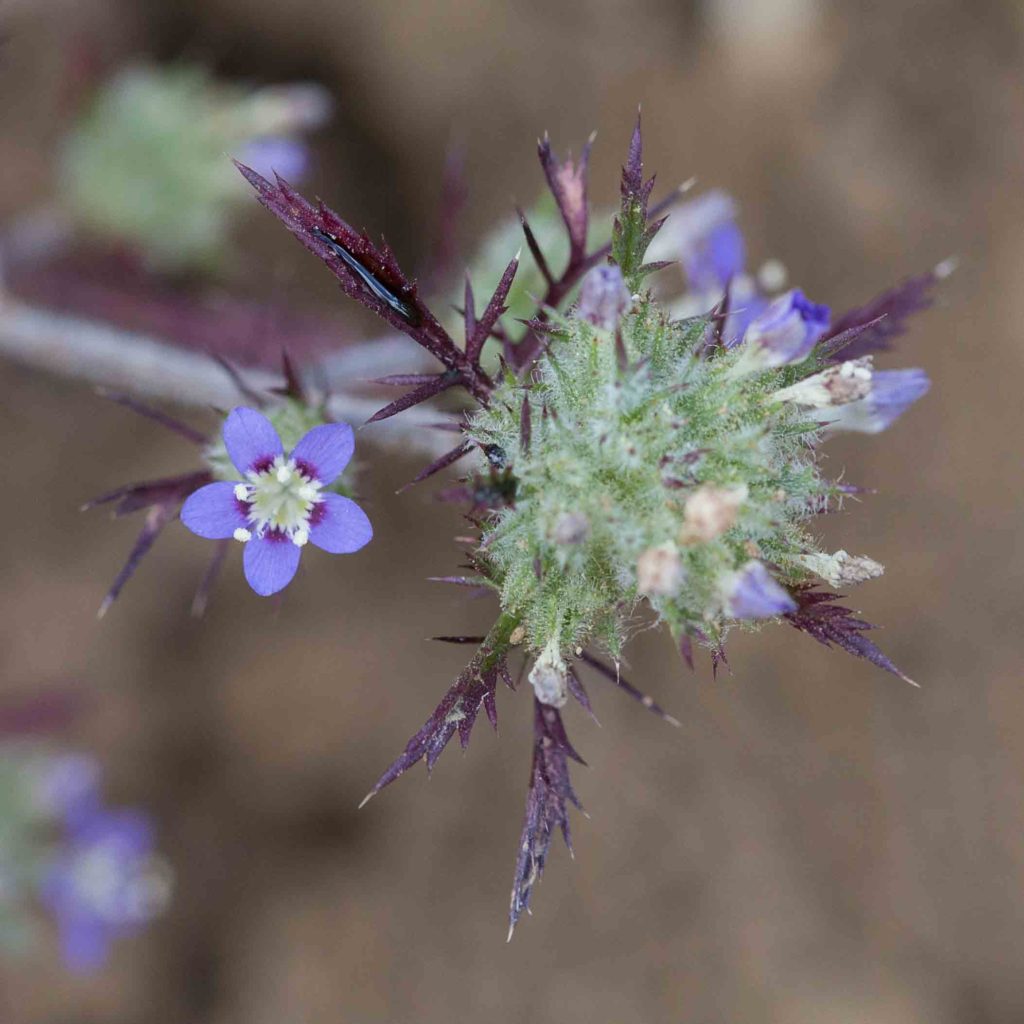 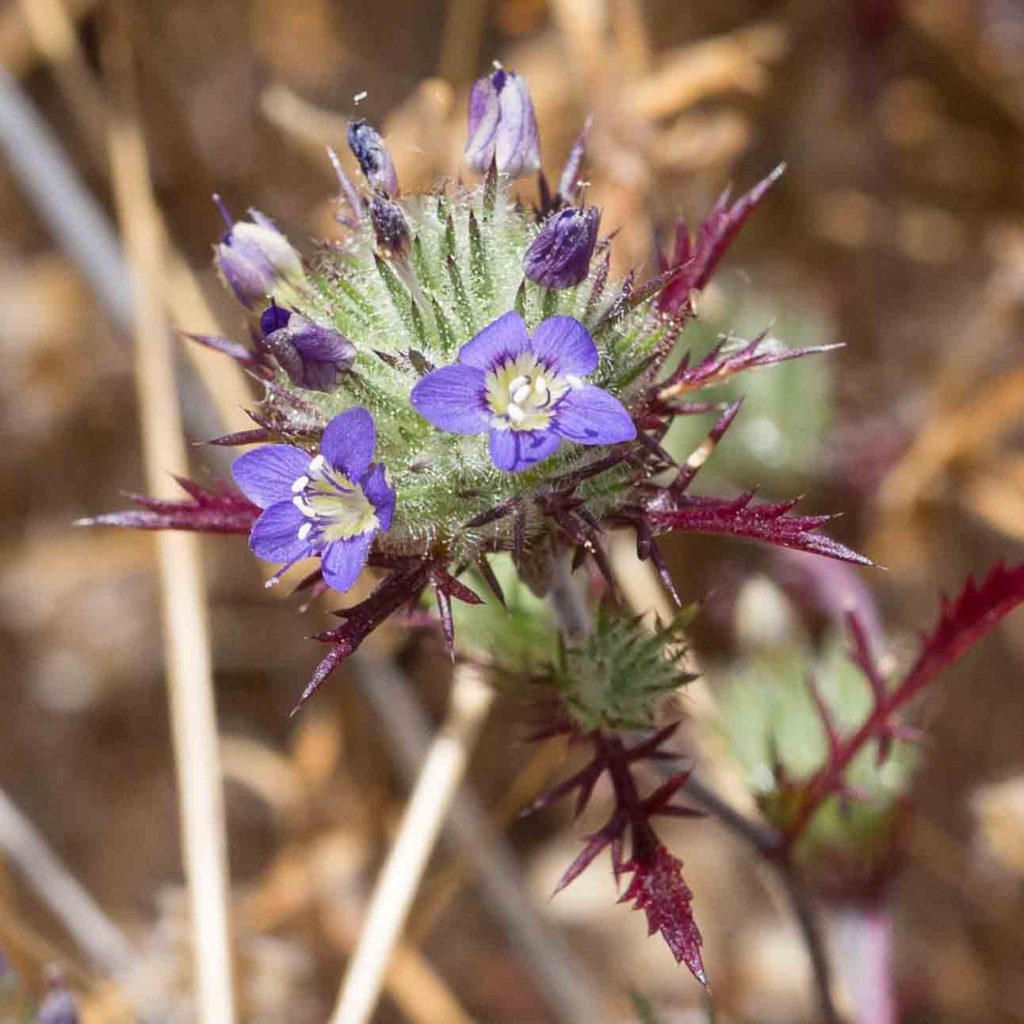 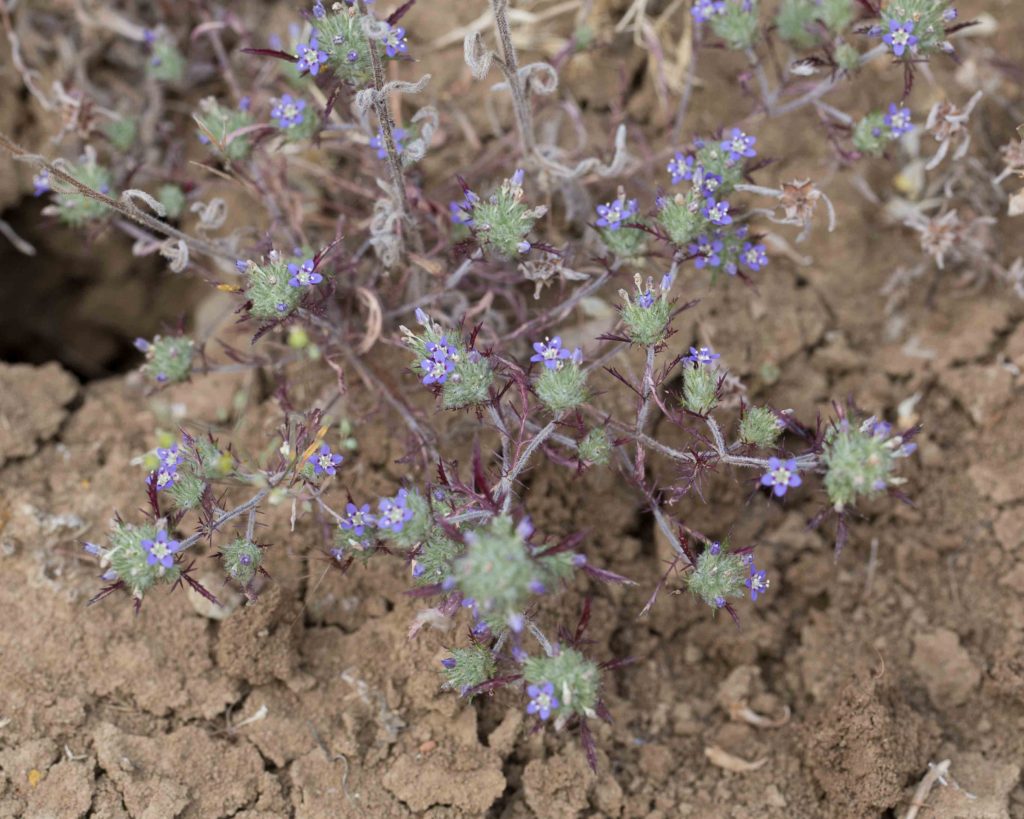 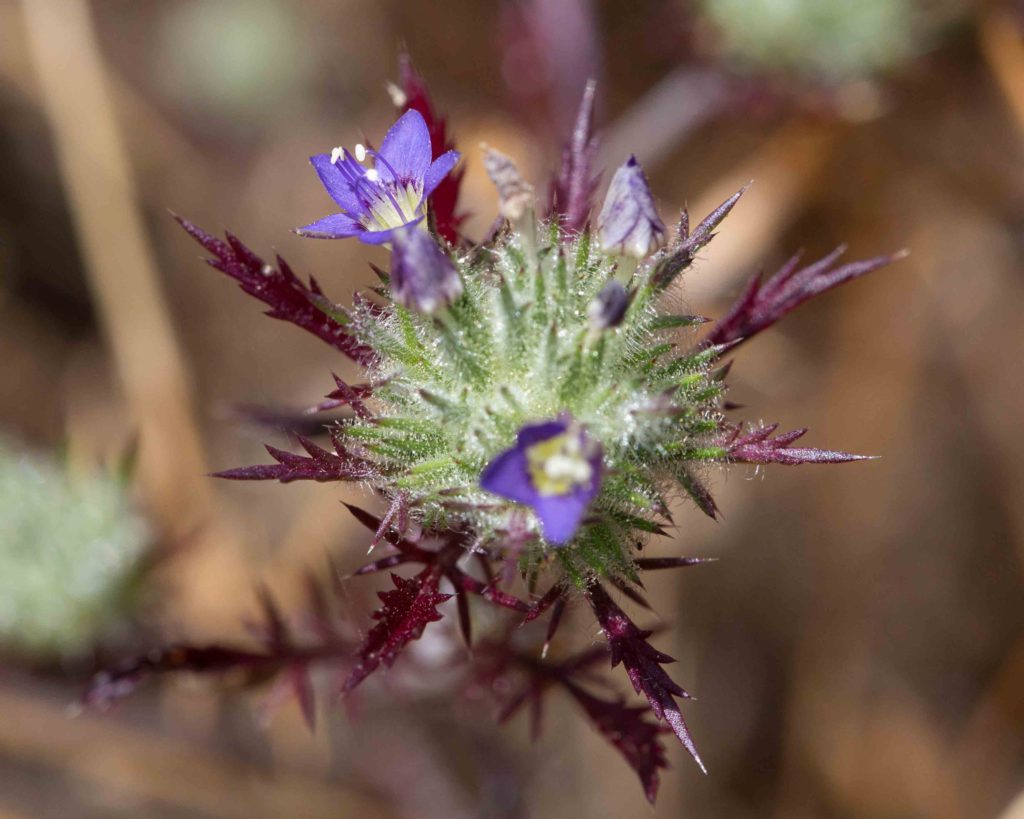 This is similar in appearance to Honey-scented Navarretia (Navarretia mellita, see above), though larger and with an unmistakable skunky smell.  It can be found in large quantities, and may be smelled before it is seen.  The flowers are bluish-lavender, not hidden by the calyx.  The bracts are unlobed and soft. 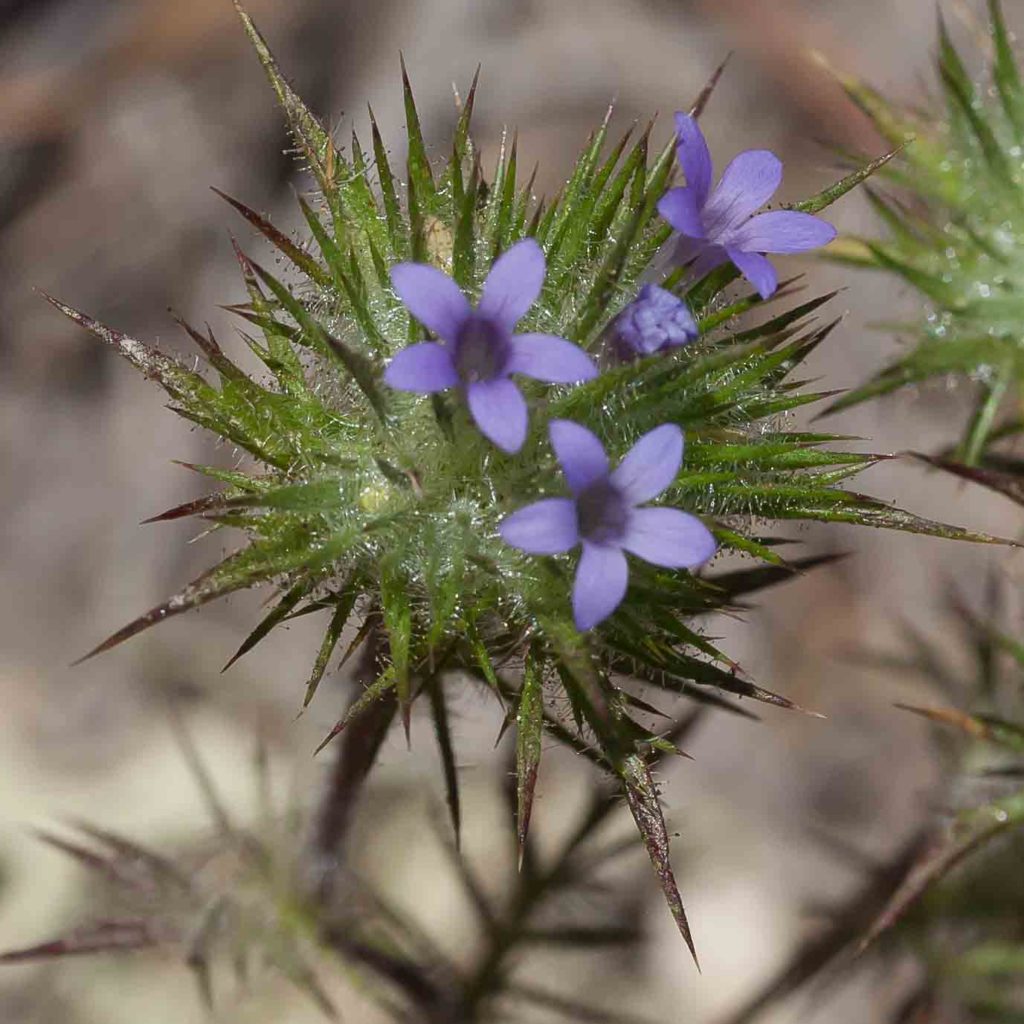 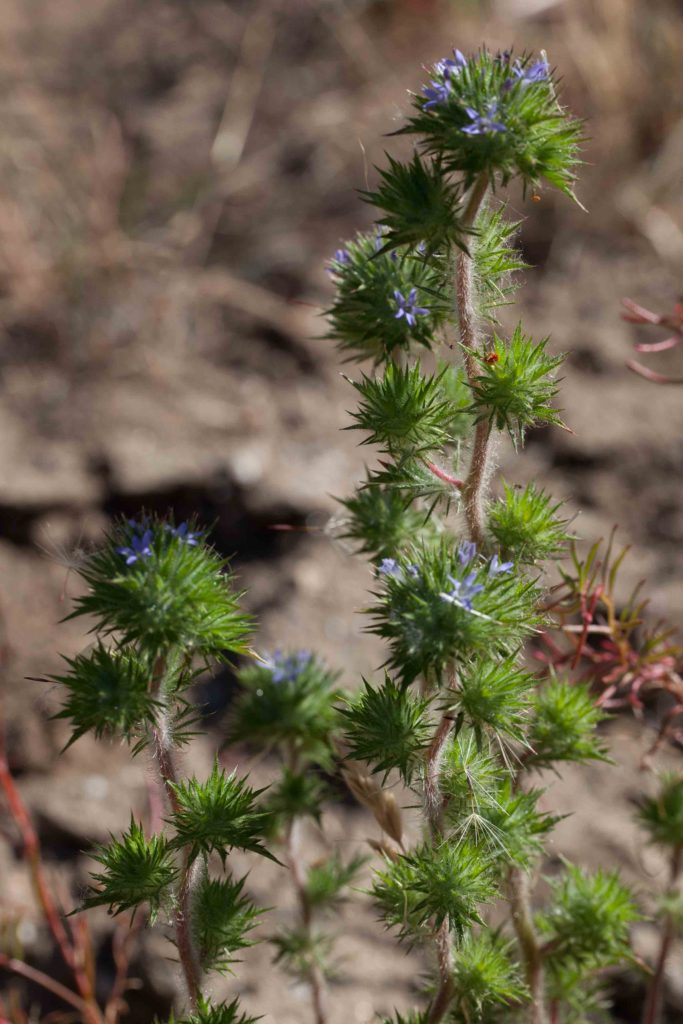 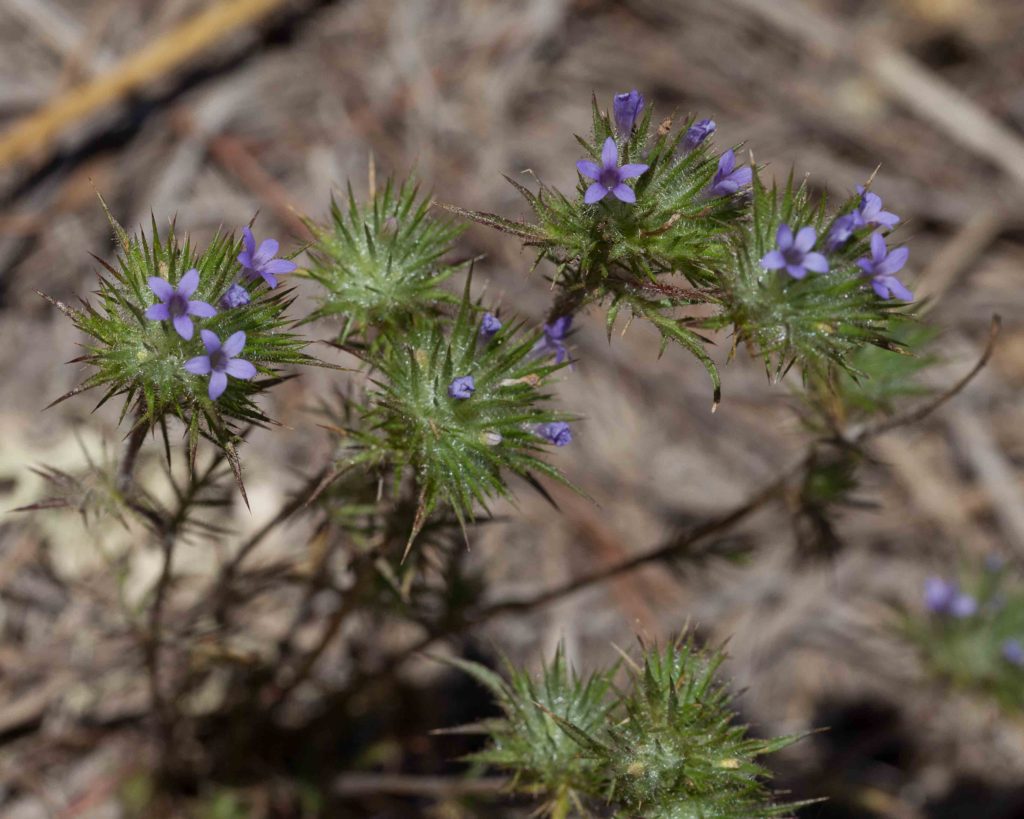 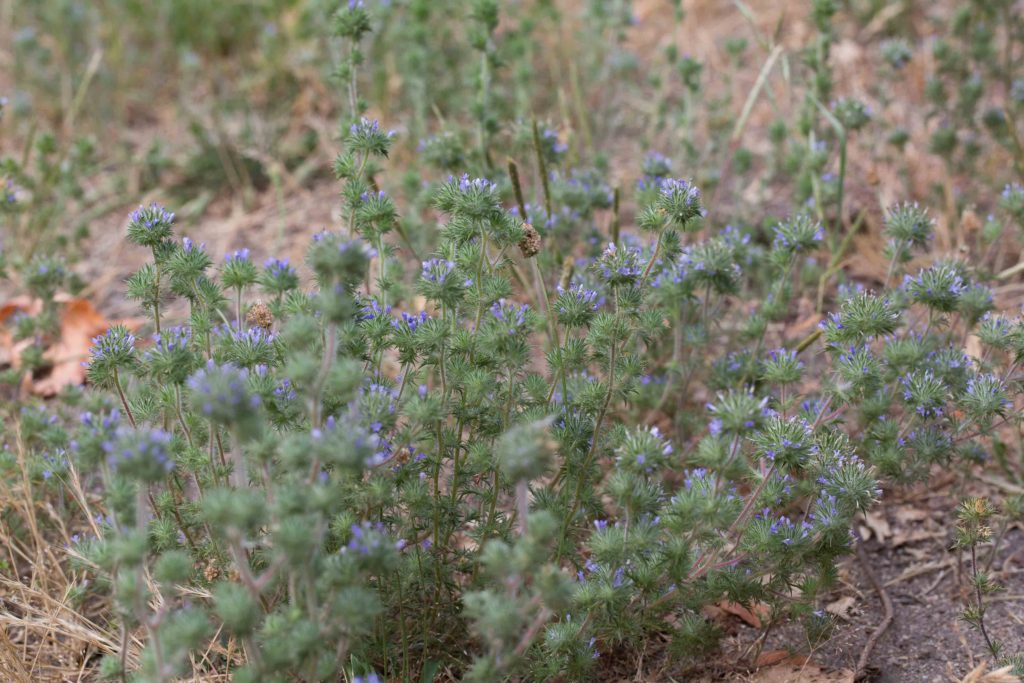