Plants in the Rose family include many of our best-loved ornamentals and fruits.  The flowers usually have 5 petals, 5 sepals and numerous stamens, attached to a saucer- or bowl-shaped hypanthium.  Often the oval leaves are toothed, and there is a stipule at the petiole base.

A somewhat undistinguished plant, this has ascending to erect stems topped with a dense spike of flowers.  It has no petals, but there are 4 (occasionally 5) green sepals.  The stamens (generally 4) are purple-black, well exserted beyond the sepals.  Most leaves are basal, in dense clumps.  Individual leaves are 3–12 cm with 5–8 lance-linear leaflets per side. 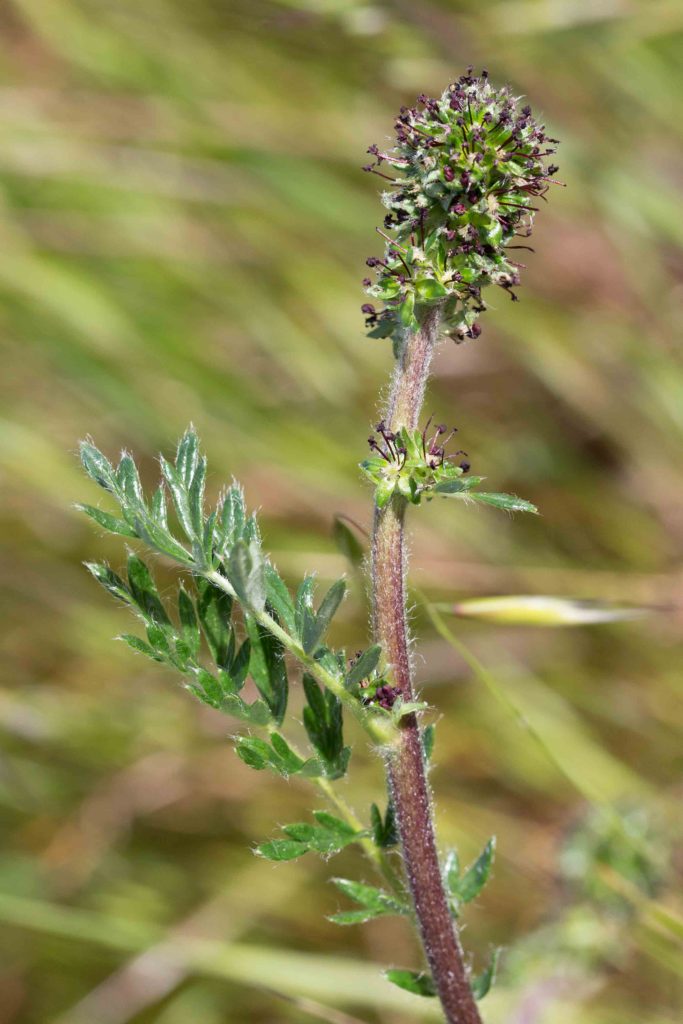 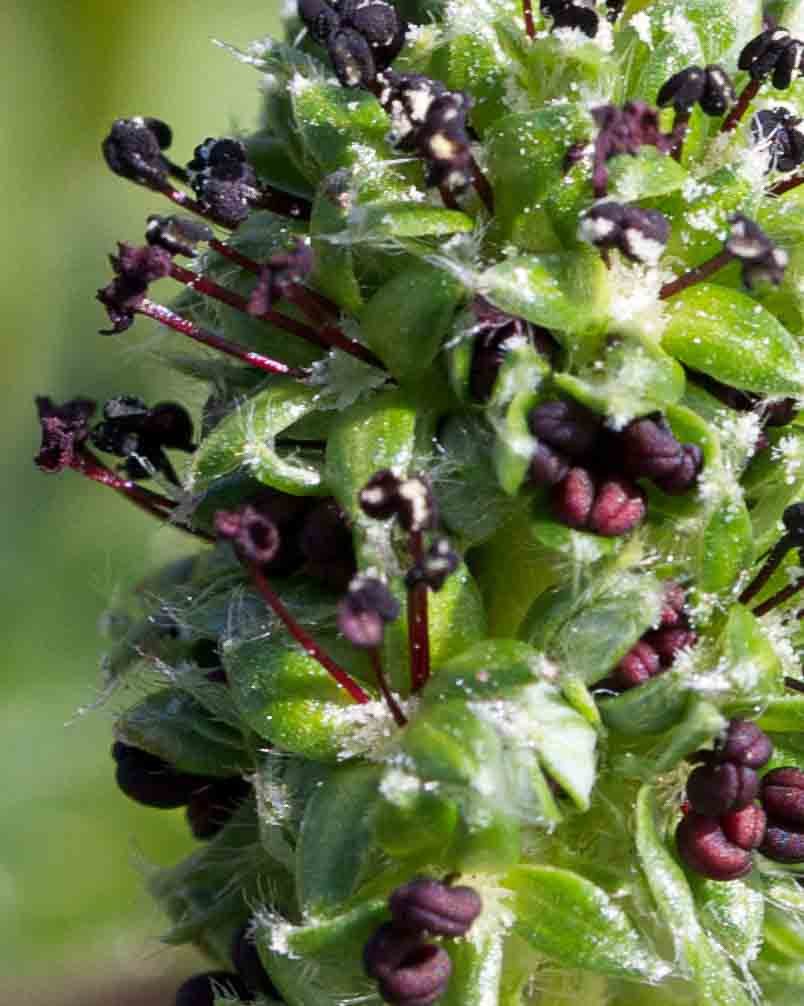 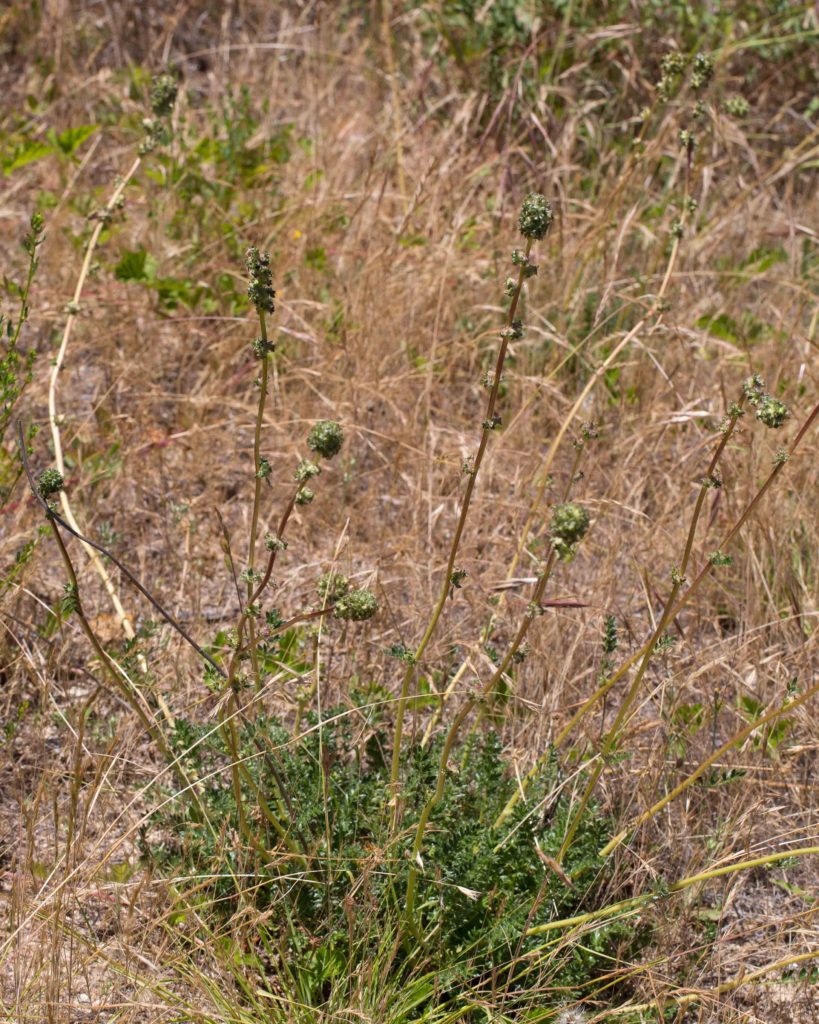 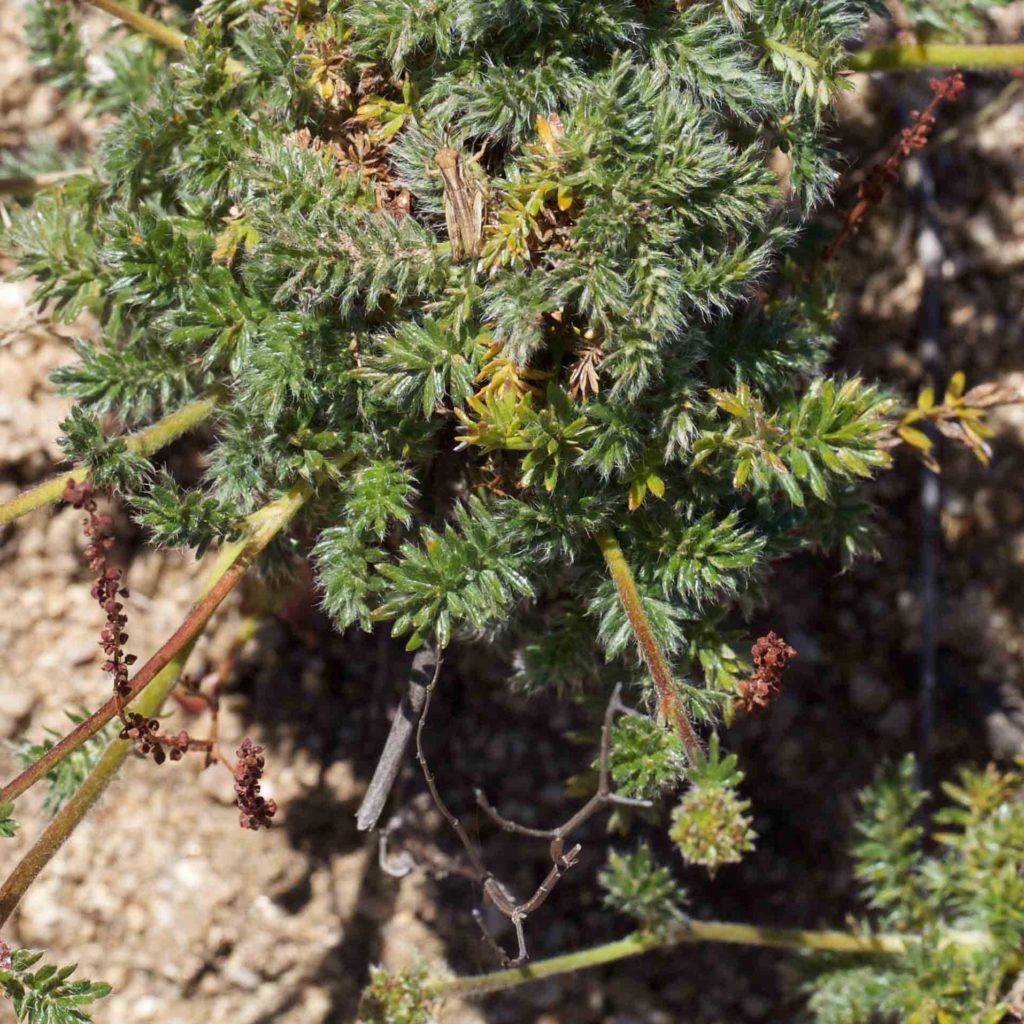 This is a very small, prostrate annual with distinctive fan-shaped leaves about 1 cm across.  It has tiny greenish-yellow flowers.  Not uncommon, but easily overlooked. 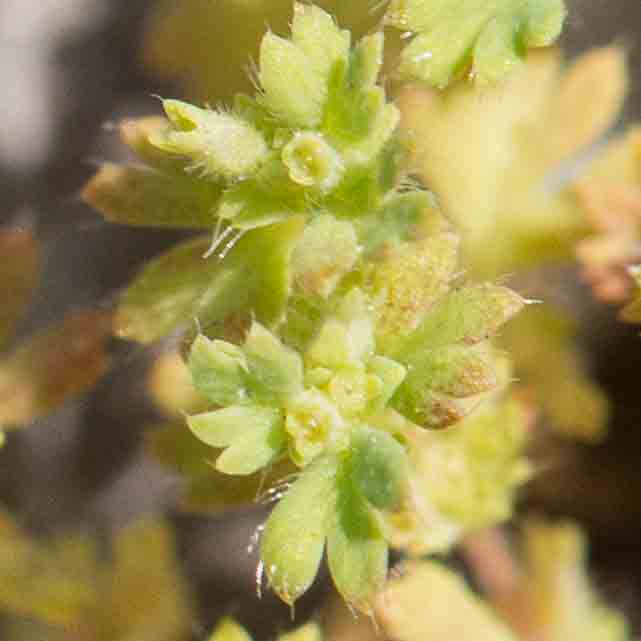 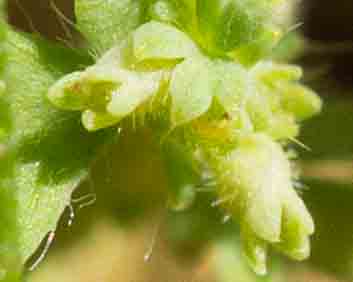 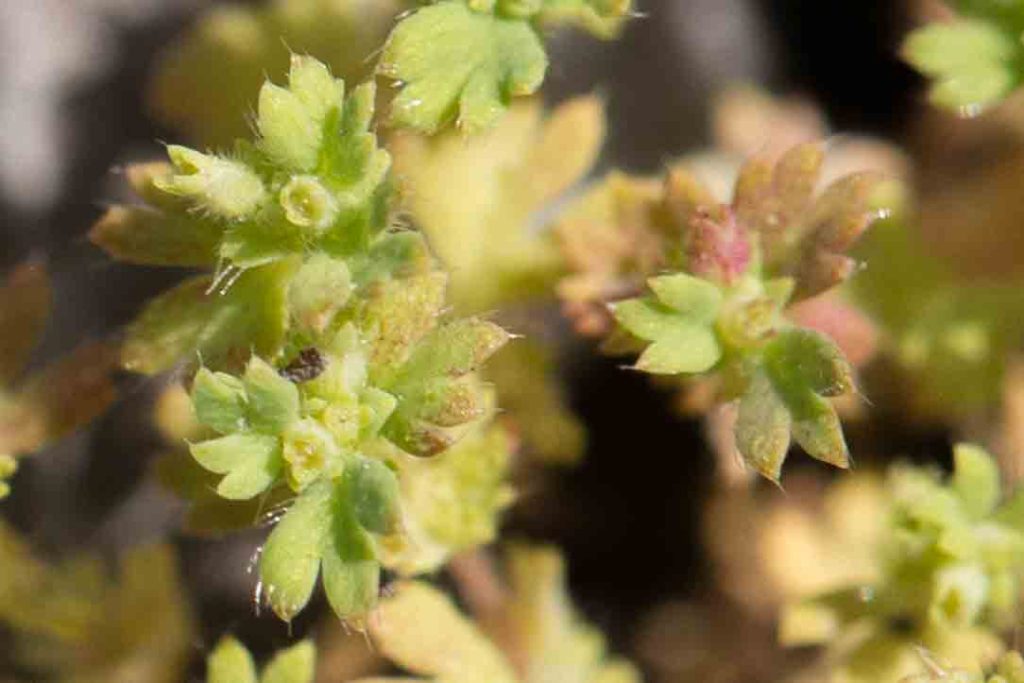 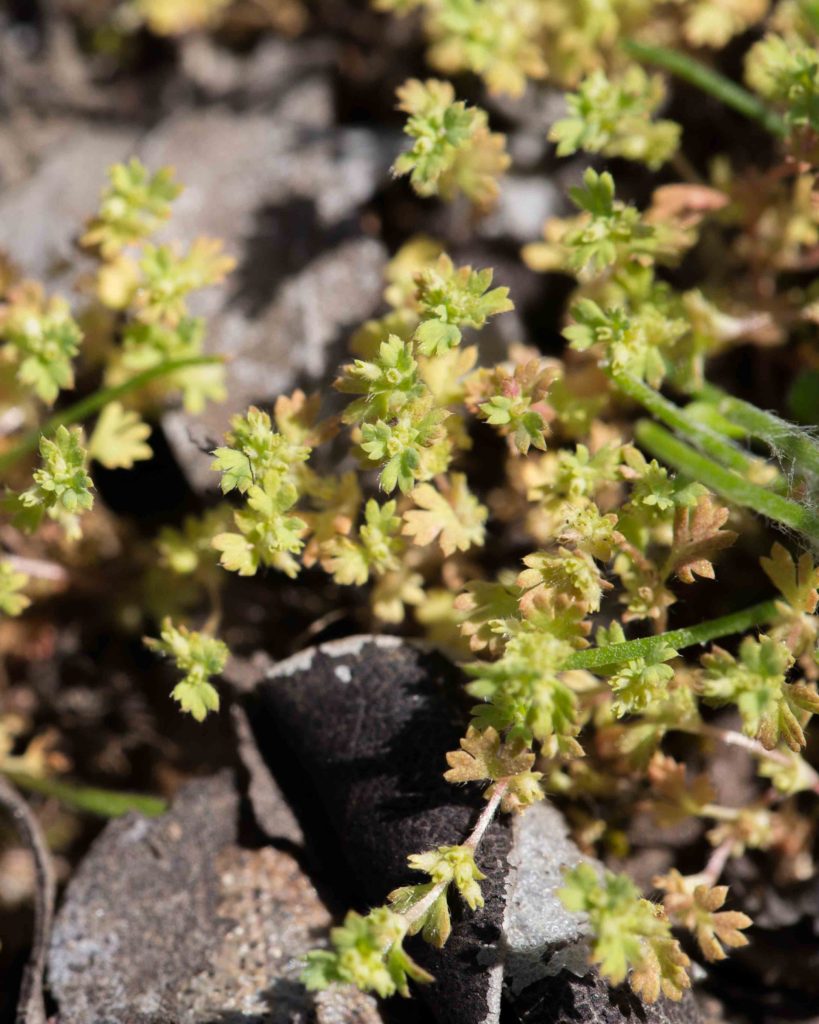 This is similar to California Acaena (Acaena pinnatifida var. californica, see above) in its general appearance, with ascending to erect stems, topped with a small, dense inflorescence.  The inflorescence is more head- than spike-like, and the flowers are more variable.  They may be either bisexual (with many thread-like stamens tipped with creamy-yellow anthers and a small, bushy red stigma at the base) or female only (with a larger, exserted, bushy red stigma).  The leaves are pinnate, oval and much toothed.  The leaves were once popular in salads, and the plant was introduced into the USA by early English settlers. 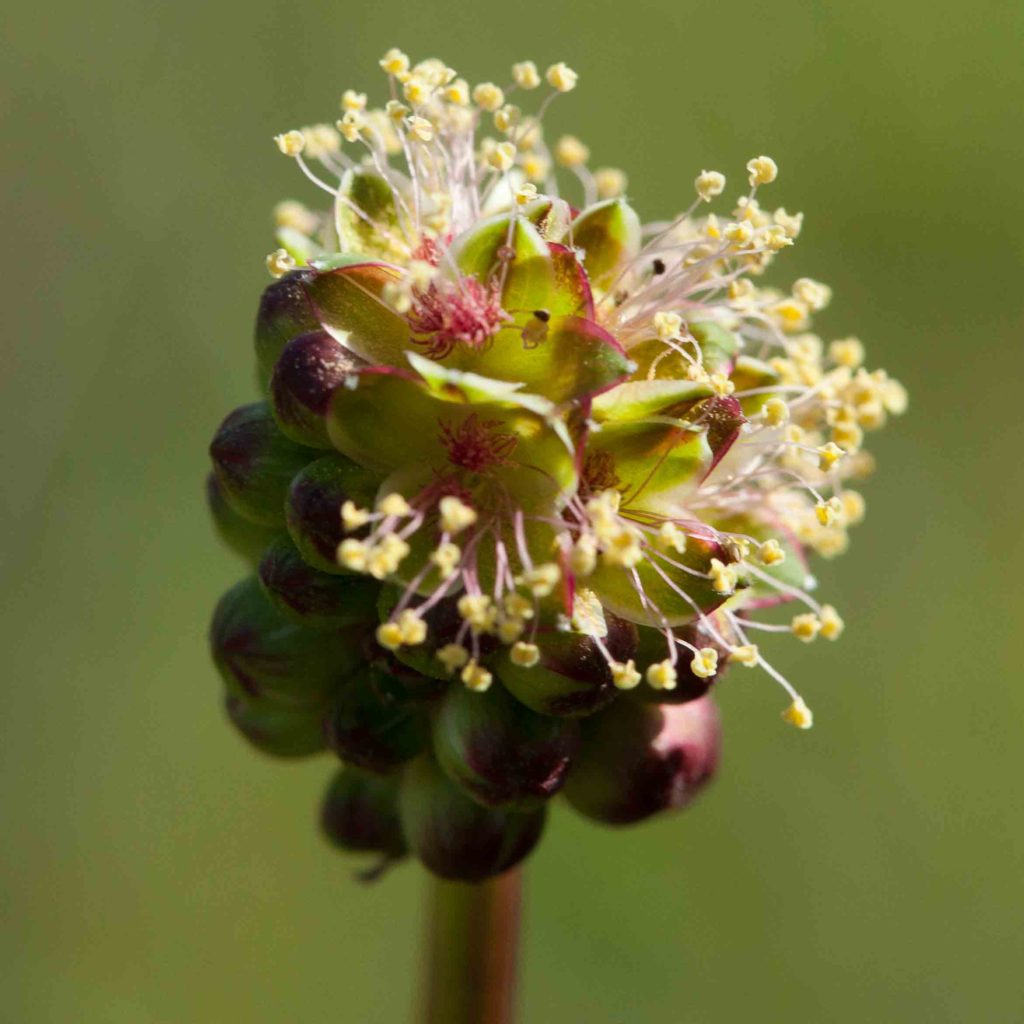 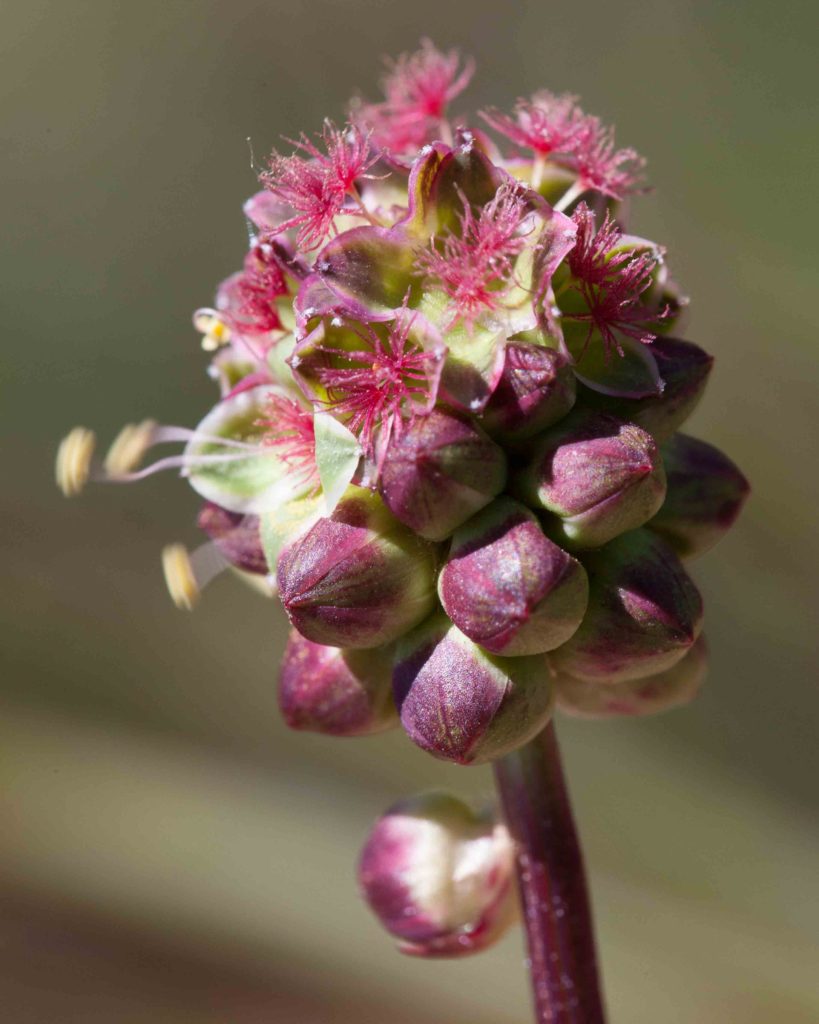 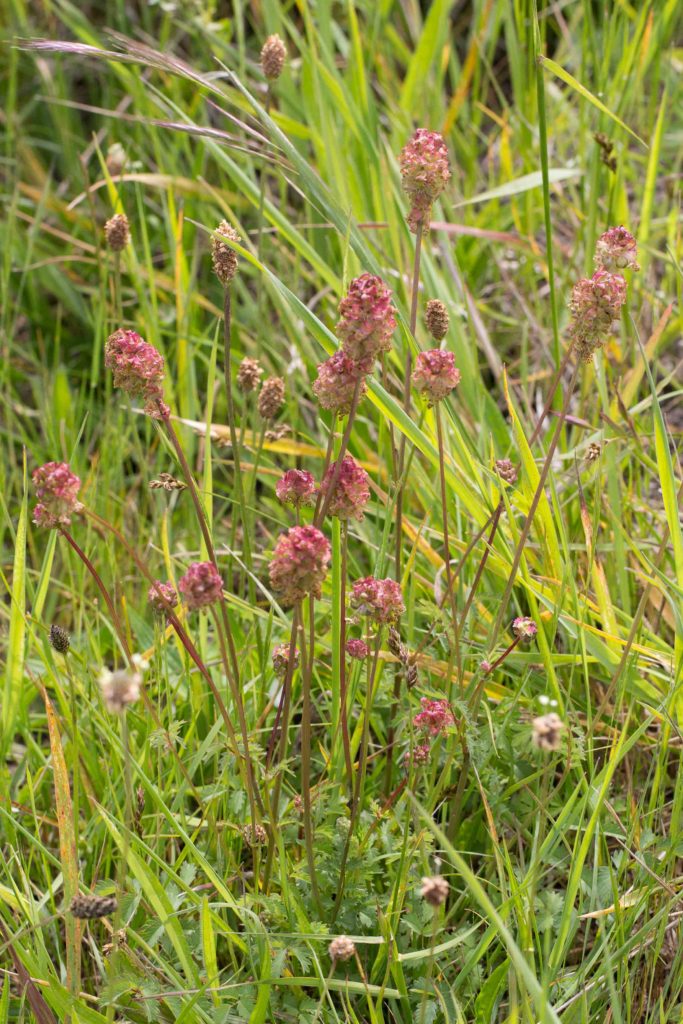 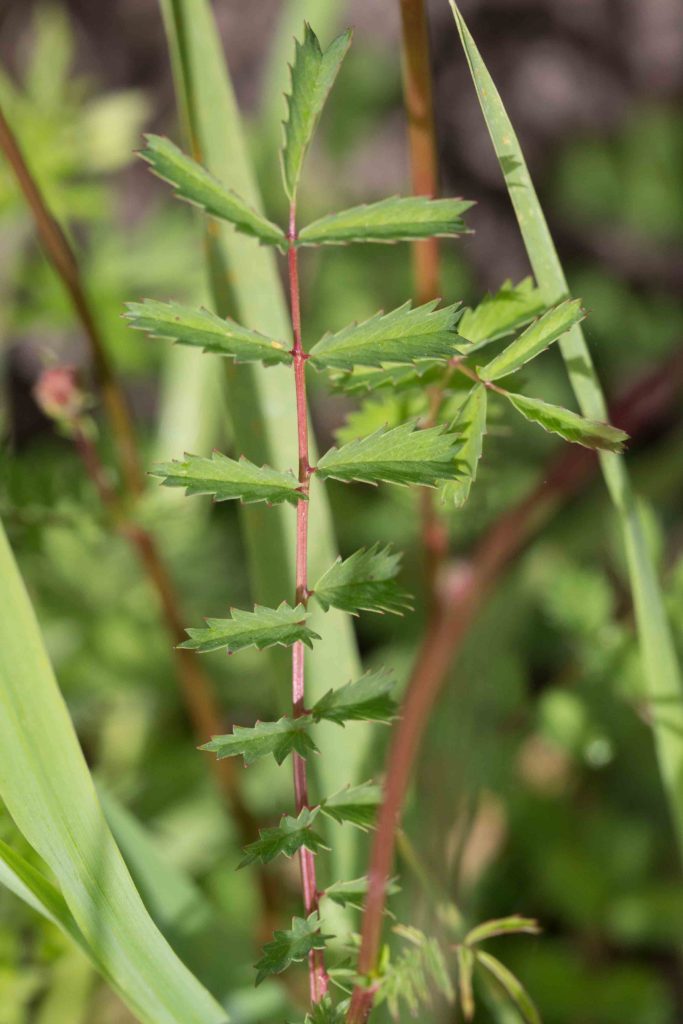